A gunfire incident in Shaftsbury drew a large police response on Friday afternoon and evening. But, several hours later, by the time law enforcement officers dismantled their perimeter at 127 Ehrich Road, the alleged shooter, Gerardo Zelayagranados, 31, of Shaftsbury, was still inside the home, with police planning to cite him later on three counts of reckless endangerment. He was arrested Saturday without incident. 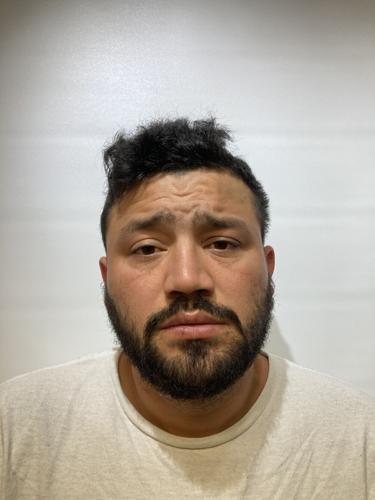 SHAFTSBURY — A Shaftsbury man is scheduled to be arraigned Monday afternoon on three counts of reckless endangerment, following a multi-agency response to reports of gunfire near Ehrich Road on Friday.

The police response Friday ended with authorities withdrawing, but returning on Saturday evening to arrest Gerardo Zelayagranados of Shaftsbury. He was arrested without incident and ordered held on $200 bail at Marble Valley Correctional Center in Rutland, police said.

The incident began at about 5:50 p.m. Friday after several 911 callers reported shots fired upon Ehrich Road, and two adults, 21 and 23, and a juvenile, 15, all from Schenectady, N.Y., seeking safety and shelter from the gunfire.

Several hours later, by the time law enforcement officers dismantled their perimeter at 127 Ehrich Road, Zelayagranados, 31, was still inside the home, police said. At the time, they decided to cite him on three counts of reckless endangerment, according to a statement from Troopers Ryan Criss and Sgt. Justin Walker of the Shaftsbury barracks.

Troopers returned at about 6:30 p.m. Saturday, made contact with Zelayagranados and placed him under arrest without further incident, according to state police. Zelayagranados was taken to the Shaftsbury barracks for processing, issued conditions of release and held on bail.

His arraignment is scheduled for 12:30 p.m. Monday at Bennington County Superior Court.

The scene unfolded Friday, multiple local law enforcement agencies descended upon the area for reports of two people having been shot at.

First, troopers and deputies from the Bennington County Sheriff’s Department arrived in the area and quickly found the victims, who were taken into protective custody. The victims identified Zelayagranados as the shooter at 127 Ehrich Road.

According to police, they went to that address to find Zelayagranados. When they arrived, Zelayagranados shut off the lights inside and refused to come out.

By then, troopers, deputies, state game wardens and officers from the Bennington Police Department were on the scene, setting up a perimeter on the house and shutting down traffic on Ehrich Road. Meanwhile, state police detectives were out gathering more information on what happened.

The details discovered by detectives and troopers changed the nature of the case from one of intentional violence to dangerous behavior without intent, including: the alleged shooter had shot into the air and the ground, not at the victims and never made any threats toward them (this, police said, is what changed nature of the charges to something less serious); no one was injured; the alleged shooter was potentially impaired by drugs or alcohol or both, and that he was in an altered state; and that there was a third victim, who had left the scene in a car, but was stopped and questioned by Bennington Police as part of the investigation.

Given the reduced level of potential criminal charges, after several hours, police chose to withdraw from the scene without making an arrest, rather than escalating the situation, potentially with deadly force.

State police said in a statement that the investigation is ongoing, and that anyone with information should contact the Vermont State Police, Shaftsbury barracks, at 802-442-5421.

Shaftsbury is working on a new ordinance that would prevent the discharge of firearms in all residential zoned areas in the village.