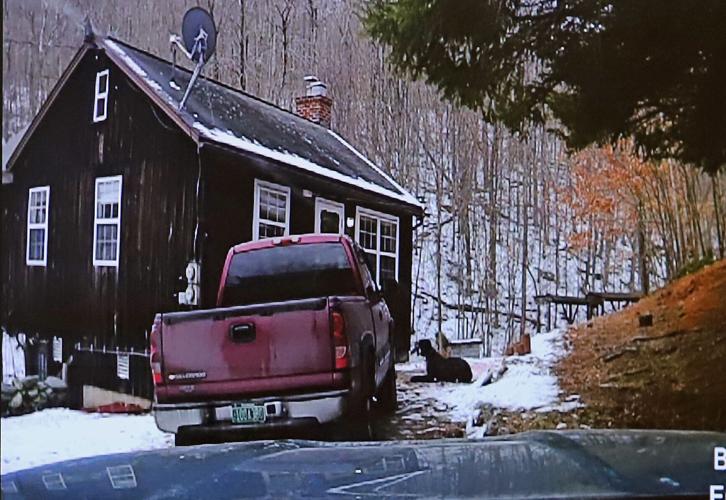 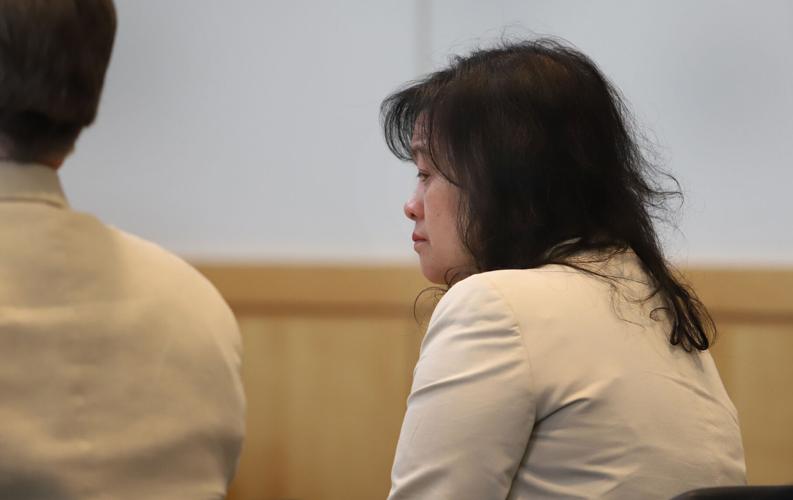 Joyce Cornell as she listens to her verdict at the Bennington Superior Courthouse. 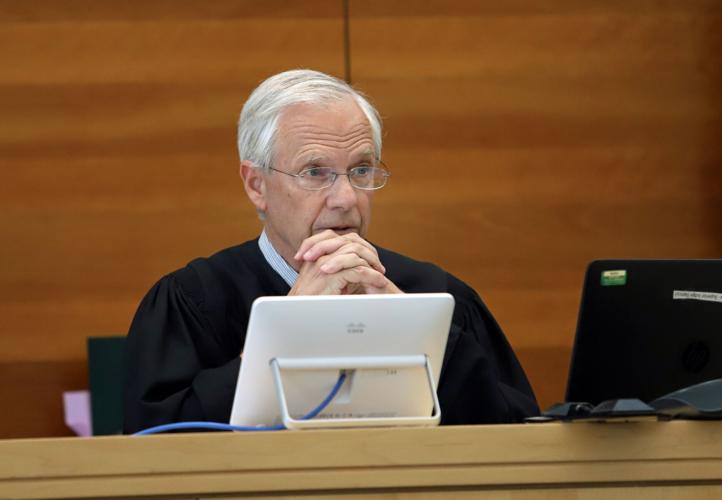 Bennington Superior Court Judge Cortland Corsones reads his verdict as he looks over at defendant.

Joyce Cornell as she listens to her verdict at the Bennington Superior Courthouse.

Bennington Superior Court Judge Cortland Corsones reads his verdict as he looks over at defendant.

BENNINGTON — A Sandgate woman who shot her Great Dane dog twice over several hours and then left the dog chained outside in the December snow to die was found guilty Friday of aggravated cruelty and animal torture by a Bennington judge on Friday.

Joyce Cornell, 48, sat motionless at the defense table as Bennington Superior Court Judge Cortland Corsones read from his prepared decision after a one-day bench trial on May 31.

Corsones felt beyond a reasonable doubt that Cornell, who admitted to shooting the dog, had “malicious intent” when she shot the dog after the animal allegedly bit her on the ankle. The key element of the trial was whether the defendant acted in an intentional, malicious way without just cause. Corsones, after looking down at his prepared remarks, looked straight at the defendant as he read the decision.

“I do find that the defendant did act intentionally, because it was her conscious objective to shoot the animal two times. To act maliciously is to act with malicious, evil intent. In this case, Mrs. Cornell did have an evil intent to cause harm to the animal.”

Corsones then went over Cornell’s actions step-by-step: how the dog had calmed down after being ramped up the night before; how, at that point, she was able to collar the dog and lead him outside to be chained; and how she was safely inside the residence before any of the shooting occurred.

Part of Cornell’s defense strategy was to claim that, after a frightening episode the night before, she became terrified of the animal and had to shoot him so that he didn’t attack her. However, Corsones debunked that theory in his decision, deciding beyond a reasonable doubt that there were other options rather than shooting the dog and leaving him outside for hours while he lay bleeding as Cornell went to sleep.

“When she shot the dog either time, she was not in danger from the dog,” Corsones said. “If she was afraid that the dog would attack her, she didn’t have to open both the doors. Further, I did not find that she acted compassionately toward the dog by shooting him a second time through the bathroom window. Nor did I find it credible that she was opening the door because of concern that the dog was cold. If she were acting compassionately, she would have left the dog outside and waited for her husband to wake up instead of shooting.”

Corsones continued, “I find that the defendant was upset with the dog from the night before, and that she was resigned to shooting the dog, which she did instead of returning the dog to the shelter or calling her sister-in-law, who is a veterinarian, for help.”

After reading his decision, Corsones announced that he will consider a deferred sentence on the aggravated cruelty charge and a single charge of providing false information to a law enforcement officer, a charge stemming from Cornell’s lie to police that no one else was inside the residence that morning. Cornell’s husband had been inside the whole time. Cornell pleaded guilty to that uncontested charge in a change of plea, before Corsones read his verdict earlier in the hearing. Scott Cornell, her husband and a convicted felon, was banned from having firearms in his residence after his conviction.

The shooting happened on Dec. 26, 2019, on Wilcox Hollow Road in Sandgate. Cornell was seven weeks into the ownership of her first-ever dog, Atticus, a rescue Great Dane adopted from Second Chance that November.

Sometime during Christmas afternoon, Scott Cornell started drinking heavily and went to sleep inebriated. During the next few hours, Joyce Cornell, while playing with the dog, allegedly became frightened after Atticus bit her ankle. She could not rouse her husband and decided to barricade herself in the small bathroom, where she stayed the whole night, peeking out to see where the dog was a couple of times each hour.

About 7 a.m. the next morning, Cornell opened the door after hearing Atticus whining to go outside. She was able to leave the bathroom and open the front door while tethering the large dog to a cable lead outside the house. In her hand was a loaded pistol.

After keeping the dog outside for two hours, Cornell allegedly started opening the door to let him inside. Cornell, who testified on her own behalf, said that Atticus turned and growled, “just like he did the night before.” She then described shooting Atticus in the neck and leaving him outside.

At some point that morning, Cornell looked out a window to see where the dog was.

“I thought I’d killed him,” she said, “but I heard some noise by the door, so I opened the window and shot him again.”

Then she went to sleep.

A route driver for Casella waste services, while picking up garbage, spotted the dog near the front door, “wet and matted” and “a lot of blood all over the door.” He contacted dispatch, who called the police. Troopers arrived to see the dog on the tether, and blood splattered all around the front door. After consulting with the representative for Second Chance, the decision was made to euthanize Atticus on the spot.

When approached after the verdict, Joyce Cornell declined to speak to a Banner reporter, but her husband, Scott Cornell, said as they walked away, “This was just a terrible incident; that’s it.”

Defense lawyer Richard Burgoon later said, “It’s always difficult when you have hairline facts. The judge just happened to interpret those facts on the left side of that line, but he could have easily gone to the other side. Joyce is an immigrant. A felony has an enormous impact on her life. I think the judge made a King Solomon-like decision with the deferred sentence. This was her first charge. She is new to the country. That deferred sentence is probably a most appropriate sentence in this case.”

Prosecutor Alexander Burke declined to comment after the verdict because of the pending sentence hearing.

Cornell originally was facing a second charge of animal cruelty for killing the dog, but that charge was dismissed, as Cornell did not kill the dog. A Vermont state trooper shot the dog later that day to end its suffering.

The maximum sentence on both counts is up to five years behind bars. Corsones ordered a pre-sentencing investigation, and a separate hearing will be scheduled to announce her final sentence. No sentencing hearing has yet been set. Cornell has been released on bond since her arrest and will remain so until her sentencing hearing.