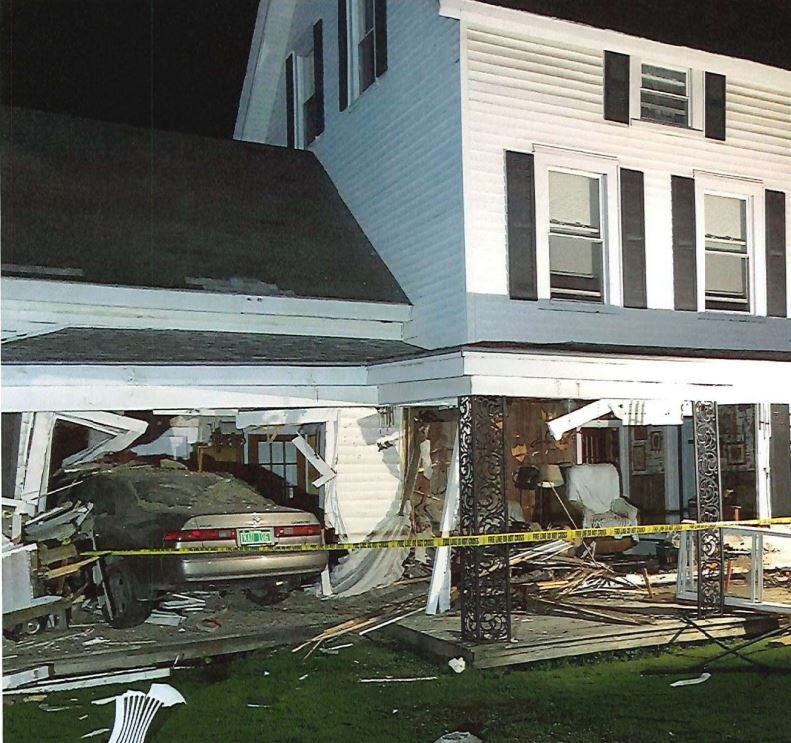 Detail from a photo of the crash, obtained from the Bennington County Superior criminal court, shows the vehicle involved. 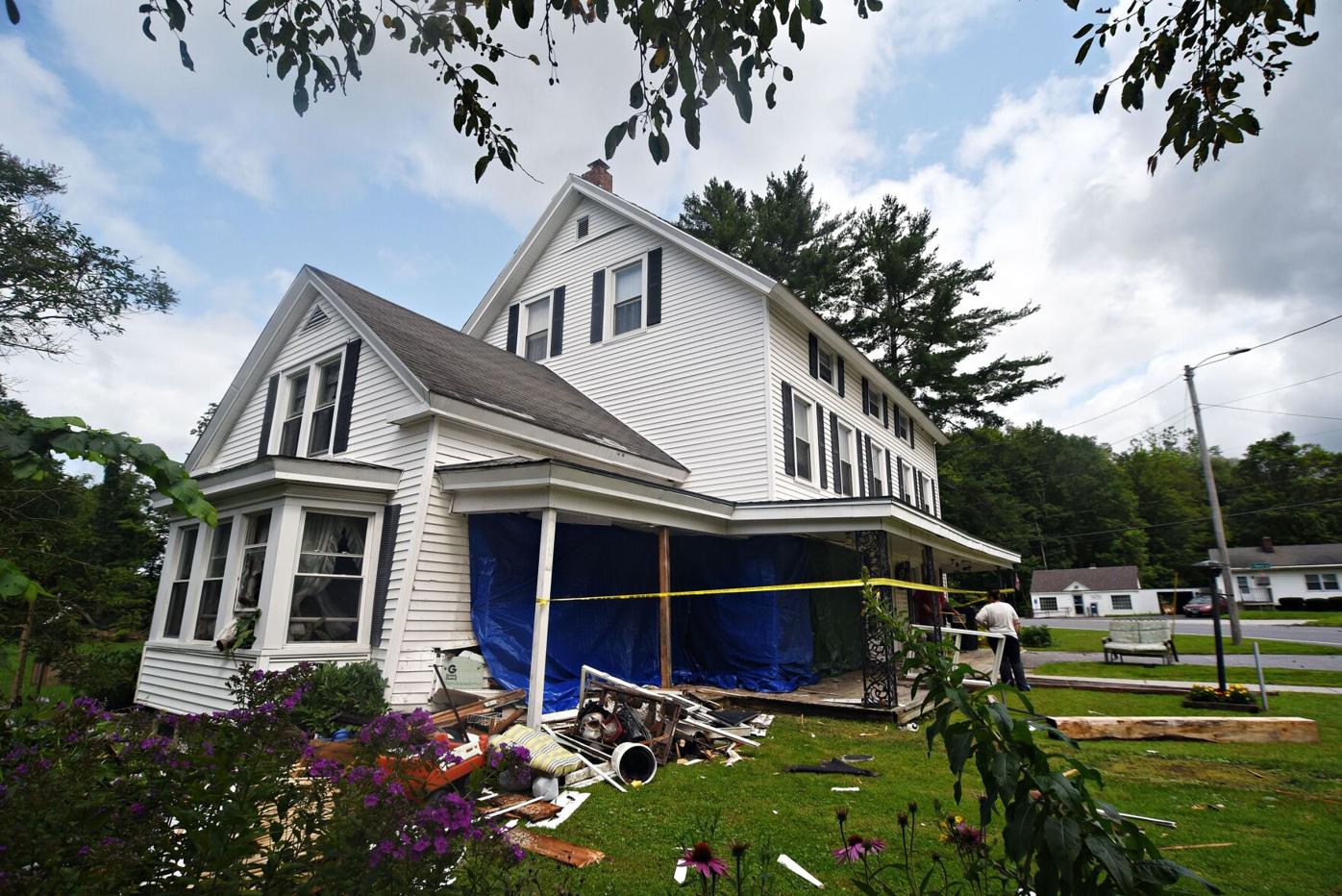 Temporary repairs have been made to a house on Route 346 in Pownal that was struck by a car Tuesday night.

Detail from a photo of the crash, obtained from the Bennington County Superior criminal court, shows the vehicle involved.

Temporary repairs have been made to a house on Route 346 in Pownal that was struck by a car Tuesday night.

BENNINGTON — A man on Wednesday denied accusations that he injured an elderly Pownal couple when he crashed a car inside their house while driving drunk.

State police said Robert Viores, 31, was seen driving at an “extreme high rate” shortly before crashing into a house near the intersection of Route 346 and North Pownal Road on Tuesday evening.

The house residents, Ralph and Judith Greenawalt, both 73, were injured in the crash, according to court documents. They were reportedly seated in the living room when the Toyota Camry driven by Viores came through the walls.

“The vehicle had missed them by only several feet,” Trooper Justin Walker said in a supplemental statement of probable cause for Viores’ charges. Police didn’t immediately know the extent of the Greenawalts’ injuries, but they were not believed to be life-threatening.

Investigators allege that Viores, of Pownal, was drunk at the time of the crash and fled the scene. Around three local residents reportedly chased him and detained him until police arrived.

A witness reported seeing the car traveling at around 80 mph before hearing it crash, according to the affidavit.

Viores was charged by Bennington County prosecutors with four felony offenses: aggravated assault, driving under the influence (first offense) resulting in injury, grossly negligent vehicle operation resulting in serious bodily injury, as well as leaving the scene of a crash that resulted in serious injury.

Viores also was charged with resisting arrest, a misdemeanor. He pleaded not guilty during an appearance in Windham County Superior Court on Wednesday afternoon.

Before entering Viores’ pleas, defense attorney Kate Lamson asked the court to review the probable cause for his aggravated assault charge. She said Viores didn’t intend to harm the Greenawalts.

“He doesn’t even know them,” Lamson said. “He got into a car accident.”

The court allowed Viores to be released from jail on conditions. They include not having contact with the Greenawalts as well as Viores’ girlfriend, whom police said owned the car he had been driving and earlier made a complaint about him driving it.