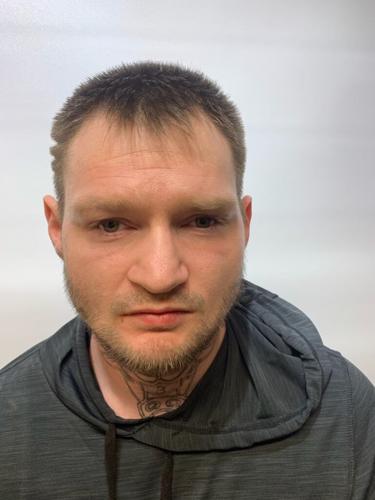 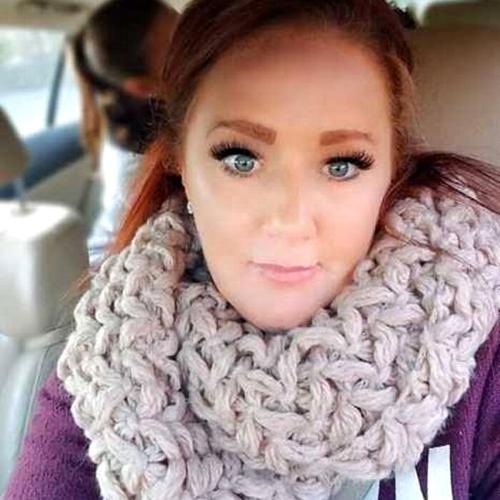 BENNINGTON — On a sunny day in mid-September 2019, a man walking through a gravel pit in Searsburg discovered what appeared to be a human jawbone on the ground.

Vermont State Police soon arrived and started searching the area. What they found launched a 33-month homicide investigation that ended in the arrest this week of a Bennington man for the slaying.

Deven Moffitt, 32, was charged Thursday with murder in the second degree in the death of Jessica Hildenbrandt, 47, a killing that came after a violent and abusive relationship that started when Moffitt was a Vermont prisoner.

His arrest came Wednesday after a joint operation made up of Bennington Police, FBI, Homeland Security, and Vermont State Police, and ended with Moffitt chased and then tackled on Jefferson Avenue in Bennington.

After searching the area in and around the gravel pit for several days after the 2019 discovery, police found a shallow grave nearby on Somerset Road. The grave was covered with dirt, rocks and tree branches. It was apparent to investigators that the grave had been disturbed by animals.

There they found large amounts of human hair still attached to the scalp, fingernails, teeth and jewelry. Additional bones were discovered nearby. Later, DNA testing revealed a match to Hildenbrandt. Deputy Chief Pathologist Elizabeth Bundock of the Office of The Chief Medical Examiner completed a death certificate, listing the manner of death as a homicide.

According to police affidavits, Hildenbrandt was in a tenuous and abusive relationship with Moffitt while he was serving time in Vermont for leaving the scene of a crash with property damage and escaping custody. It started as a respectful relationship, but Moffitt became controlling and possessive at some point in the phone and email-only relationship, threatening Hildenbrandt and accusing her of being with someone else.

Soon after, Moffitt demanded Hildenbrandt begin sneaking contraband drugs into the prison for him by sewing Suboxone strips into her court clothes and bringing them into the Southern State Correctional Facility in Springfield. The affidavit names several other females that Moffitt also used as drug mules at the prison for illegal drugs.

Hildenbrandt, feeling threatened, eventually emailed the Windsor County State’s Attorney’s Office to indicate that she was in fear for her life.

“Guess I don’t know where to start, because I am very concerned for my life when he is released,” Hildenbrandt wrote in an email with the subject: Deven Moffitt. “He has threatened me multiple times that if I leave him when he gets out, he’ll put his hands on me so bad that if I don’t die, I’m going to wish I did. I’m scared. I don’t know what to do. He knows where I live. He knows where my family lives, and I know what he’s capable of.”

“Please Help Me … Jessica,” she wrote at the end of the email.

In subsequent emails to Vermont State Police Detective Sgt. Jesse Robson, she said, “His behavior was calling me out by my name, calling me [expletives].” She then told Robson in an email that Moffitt told her, “If I was to leave him that he would kill me. ‘You know I am coming home, and I will kill you.’”

Several interviews with police seemed to corroborate Hildenbrandt’s story for authorities, backing up the tales of threats and abuse suffered by Hildenbrandt at the hands of Moffitt, describing him as a “lunatic” and that he “scared the daylights out of her.”

At one point, Moffitt allegedly intimidated Hildenbrandt into putting her house up as collateral, so he could get out of jail. That was July 8, 2019, six days before police believed Hildenbrandt might have been killed. She is believed to have been slain sometime between July 14 and 15 of that year.

Police affidavits document the timeline of Hildenbrandt’s cellphone pings, starting on July 8, through her last login, July 16. After that date, police data showed an unusual pattern and change in Hildenbrandt’s cell device usage. Affidavits also contain what they describe as possible fraudulent Facebook posts from Hildenbrandt’s account,suggesting Hildenbrandt’s life was “so fd up and documenting places where she was, with response messages from Moffitt claiming he missed her and that he loved her.

Police believe Hildenbrandt already was dead at the time of these posts and was not the one sending the messages.

One interview police conducted with a possible witness in the case, a former girlfriend who was allegedly one of his drug mules, ended with her telling detectives, “I’m extremely sorry that Jessica is dead.”

Another unidentified witness told police that Moffitt told him, “I’m going to kill that [expletive].” fg bitch.” Yet another unidentified witness informed the police of a conversation they had with Moffitt in which he told them, “I have to go dig a hole and get rid of someone,” later telling the witness, “You might have to move something with me.”

When that witness asked what he was talking about, Moffitt said, “You know what I’m talking about.” These comments were allegedly made between the time Moffitt was released through December 2019, when he was sent back to jail.

That same witness told police that Moffitt had been “up for days” when Jessica disappeared, and that he personally saw Moffitt stab at least five or six people.

A fourth witness claimed that Moffitt told them that “I had to kill that [expletive],” and asked for help with the disposal of the body.

According to several witnesses, Moffitt was carrying a black fanny pack right before his arrest and dumped the bag into a trash can as he ran from police. Vermont State Police located the bag inside a trash can, and found about 3,750 bags of suspected fentanyl, 20 grams of suspected crack cocaine, 22.5 grams of cocaine powder, 100 prescription pills, a loaded .22-caliber revolver, a loaded 9 mm pistol, a cellphone and $16,474 in cash.

In court on Thursday, defense attorney Frederick Bragdon invoked the 24-hour rule at Moffitt’s initial arraignment hearing, allowing the defense 24-hours to think over its strategy before Moffitt is arraigned.

The new arraignment is scheduled for Friday afternoon in Bennington. Moffitt is being held without bail at Rutland’s Marble Valley Regional Correctional Facility as he awaits his arraignment and weight of evidence hearing.

Moffitt is facing life imprisonment with the presumptive minimum term of 20 years if convicted.