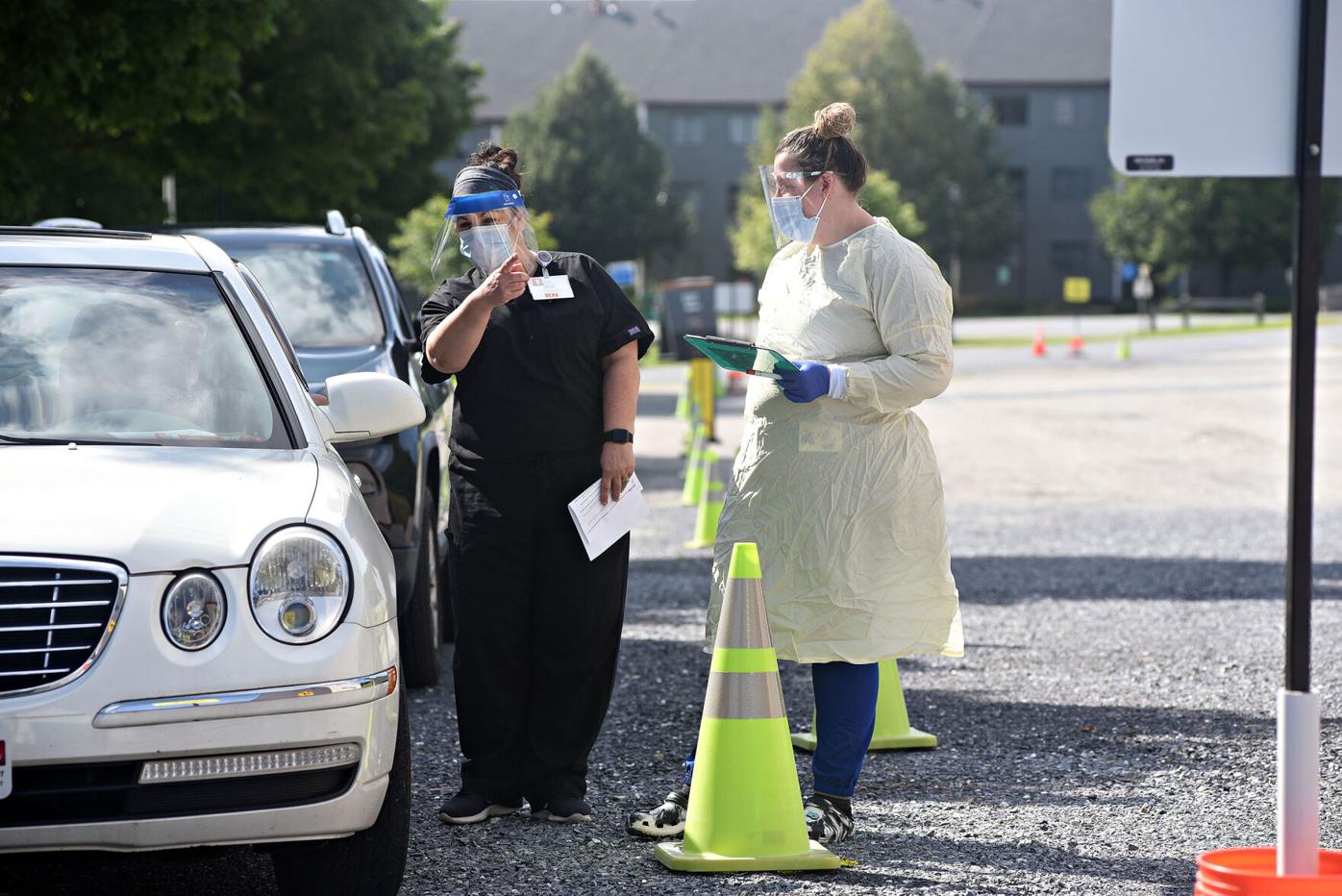 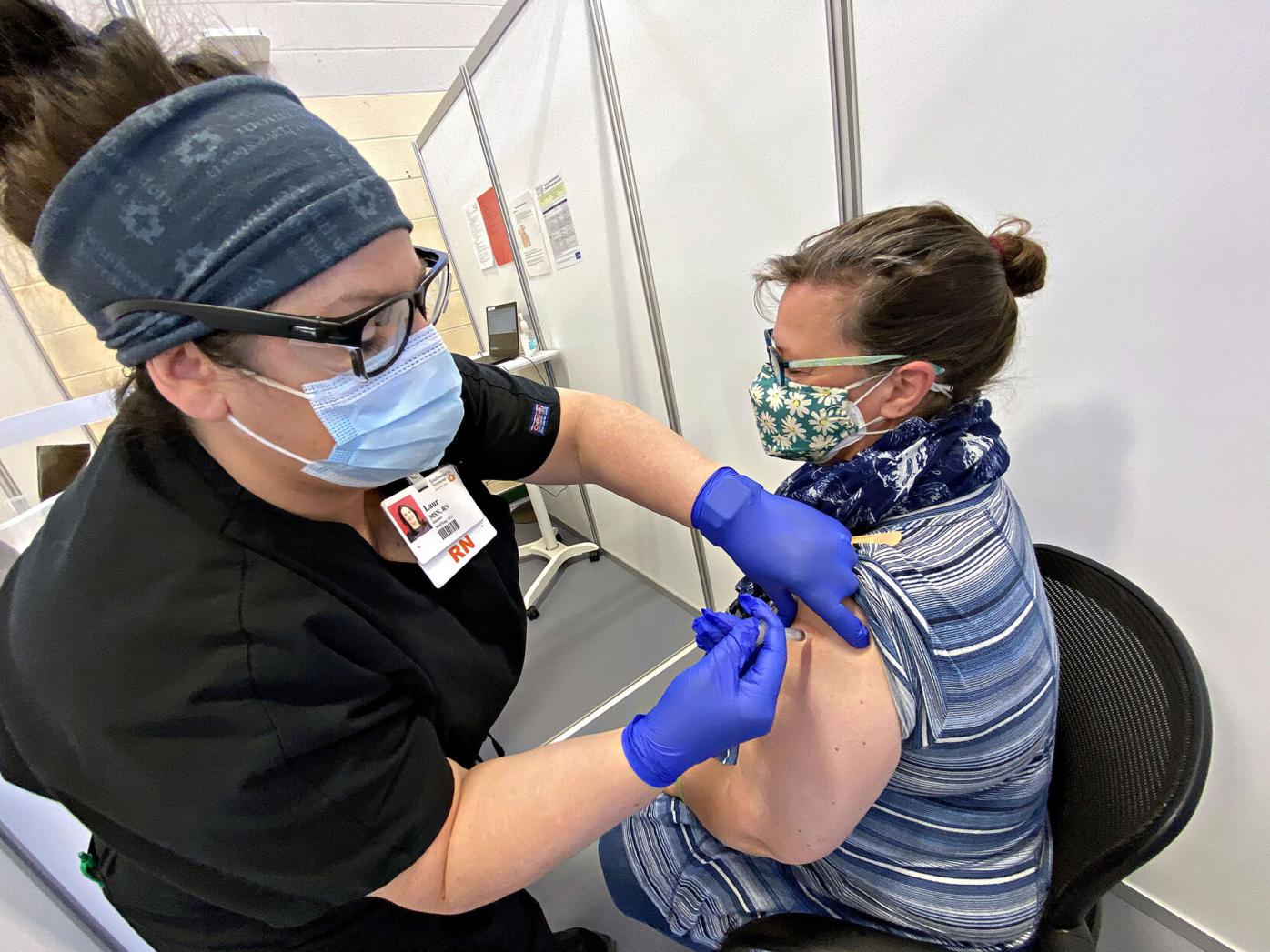 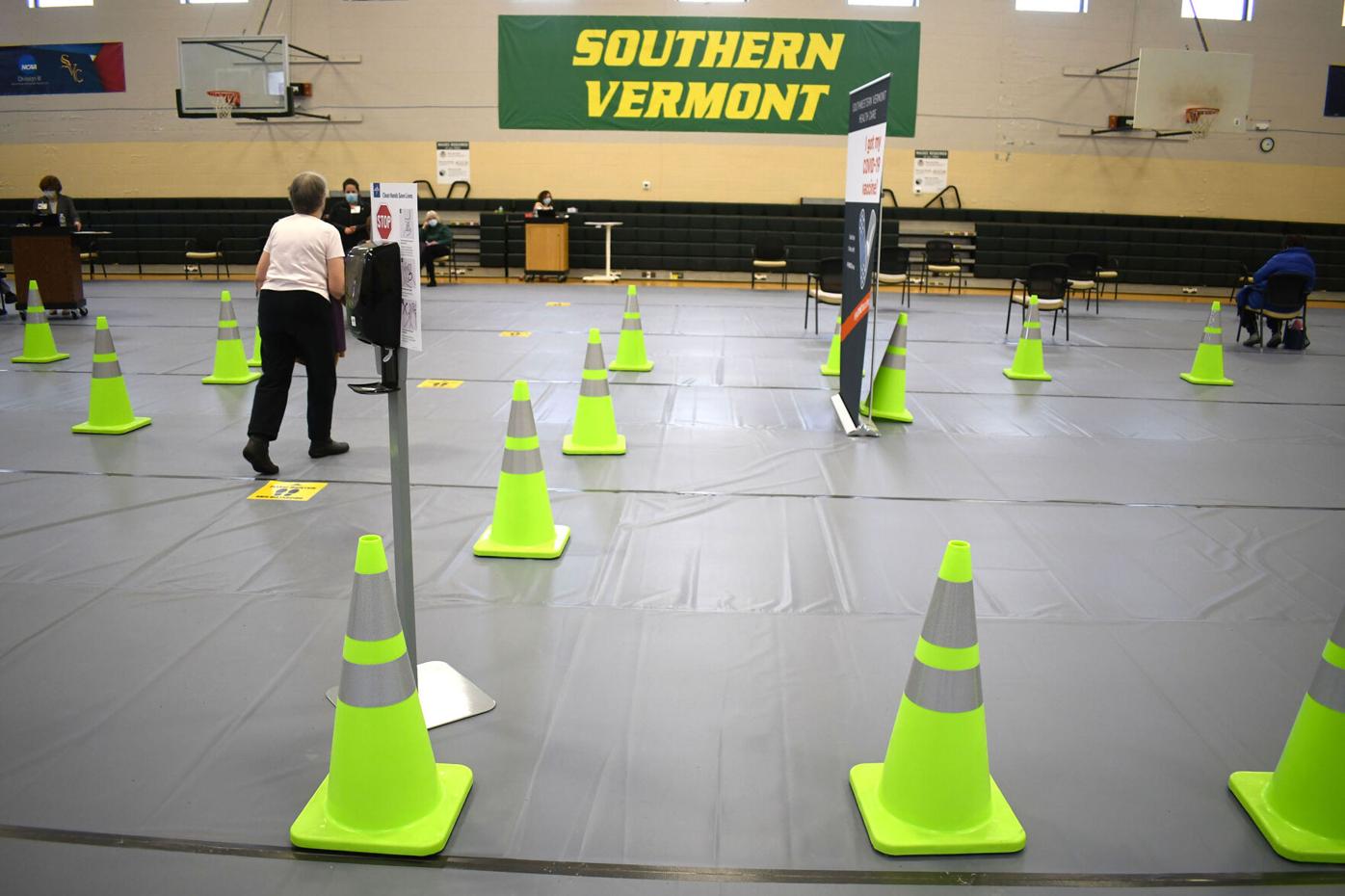 GILLIAN JONES — BENNINGTON BANNER The former Southern Vermont College gymnasium in Bennington has been transformed into a COVID-19 vaccination clinic for the community.

GILLIAN JONES — BENNINGTON BANNER The former Southern Vermont College gymnasium in Bennington has been transformed into a COVID-19 vaccination clinic for the community.

The observations came during an update on reuse plans for the 371-acre former campus, which the health care organization acquired in December.

In part, they stressed the “overwhelming” numbers recorded at COVID-19 vaccination and testing sites that were established on the campus – likely preventing daily traffic snarls around the Southwestern Vermont Medical Center.

The officials also discussed results of a citizen survey on reuses for the campus and SVHC’s response to those desires.

Prominent were preserving or expanding the hiking trail system, adding health care, child care or recreation facilities to benefit the town, and preserving the historic Everett Mansion as a hospitality venue.

“These [ideas] really are in line with what we are looking at,” Dee said.

The survey results showed respondents “had a significant preference of 80 percent or greater to use the property for outdoor recreation, including public access to trails, and healthcare services,” according to a media release.

The survey also asked about re-use options for the Everett Mansion, the dormitories and classrooms, and 70 percent expressed an interest in seeing the mansion used as a lodging and special events venue while preserving its historic character.

Specifically, Dee said Monday that SVHC is considering the mansion “as a venue for hospitality,” and is close to hiring a national firm to help attract a developer to partner with the organization toward that goal.

SVHC is working with a national firm “whose expertise is cultivating partnerships with historic-minded, hospitality organizations,” according to a release.

Additionally, the health system’s trustees have “formed a non-profit real estate entity whose sole mission is to manage the former college campus for the benefit of the community,” the release stated.

“Our long-term goal is to find a partner who will help us both preserve and aesthetically develop the Everett mansion for special events and experiential hospitality,” Dee said.

According to Brian Lent, the reuse project director for SVHC, the health group is working with real estate consultants CBRE to locate a developer with the right expertise for such a project.

Other plans under consideration involve adding to or enhancing the hiking trails and perhaps a “summit destination” feature with mountain views to attract visitors.

In addition, the campus is being considered for health care or child care programs or facilities, likely involving partners, Dee said.

The online reuse survey, he said, drew about 1,000 people offering their ideas for the campus and its buildings.

Community use of the recreation fields is also beginning, including a Mount Anthony Union High School soccer playoff game on Tuesday.

The town has agreed to maintain the playing fields as part of its cooperation with the reuse planning initiative.

“The town has been a great ally,” Dee said.

The ongoing planning process, being coordinated by Lent, also involves cooperating with the Berkshire County Regional Planning Commission, which helped develop the survey.

The hospital’s COVID-19 Resource Center on the former campus has thus far administered more than 31,000 vaccine doses, along with thousands of COVID tests, the hospital reported.

The vaccination figures will likely swell, since personnel have begun to administer vaccine booster shots, and vaccines for children 5 though 11 are expected to received federal approval soon.

On the SVC campus, vaccinations are provided at the former athletic center complex, while testing is done at a drive-through site near the Everett Mansion at the end of the campus entrance drive.

The two sites were separated in part to reduce parking issues, traffic back-ups and similar problems. Lent said the number of cars moving though the campus could seem at times “a little daunting.”

Dee said the critical need to administer thousands of COVID-19 vaccines and offer separate clinics for testing during the pandemic “would have been next to impossible” to address on the Southwestern Vermont Medical Center campus.

SVMC also is preparing to start construction on a major emergency department expansion project, which would otherwise have promoted “real gridlock,” Dee said, with hundreds of vehicles entering and exiting the testing and vaccination areas.

“We knew purchasing the property would protect it for future generations and keep the trails accessible for our community, but we had no idea that it would become a pivotal resource during the pandemic,” Dee said. “It would not have been feasible to vaccinate our entire community — Southern Vermont, Berkshire County, Mass., and eastern New York — on the hospital campus.”

The Bennington hospital’s parent corporation acquired the 371-acre campus for $4.65 million during an auction held in December as part of bankruptcy proceedings for the former college, which closed in 2019.

Plans for the SVC campus also will complement the ongoing redevelopment of the Putnam Block and other downtown structures, Dee said, and SVMC’s $28 million project to double the size and modernize the emergency department.

“These are all exciting projects,” he said, that could boost an ongoing transformation of the downtown and the Bennington area.

There also “are many challenges,” he added, including overcoming “millions of dollars in deferred maintenance” at the Everett Mansion, which was completed as a 27-room, stone-walled private residence by Edward Everett in 1914.

The mansion is structurally sound and “a beautiful building,” Lent said, but it will require many upgrades and “specialty contractors” to preserve its historic features. The building is on the National Register of Historic Places.

SVC, which had moved to the estate grounds from another Bennington location in 1974, closed amid mounting debt after the final graduation ceremony in May 2019.

In 2020, the SVC trustees entered the property in the Chapter 7 bankruptcy process in U.S. Bankruptcy Court-Vermont Division, beginning a liquidation of the campus real estate and other assets.