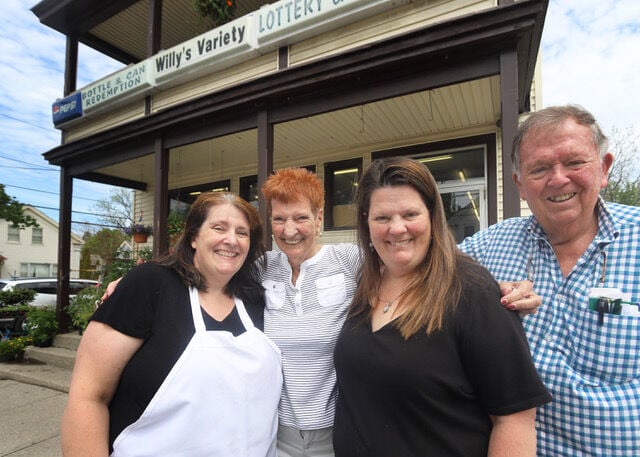 Willy's Variety in Bennington is expected to change hands. Owners Mary Ellen Devlin, Carole Maroney, Liza Reif and Ed Maroney pose outside the landmark corner store they have operated for the past 40 years. 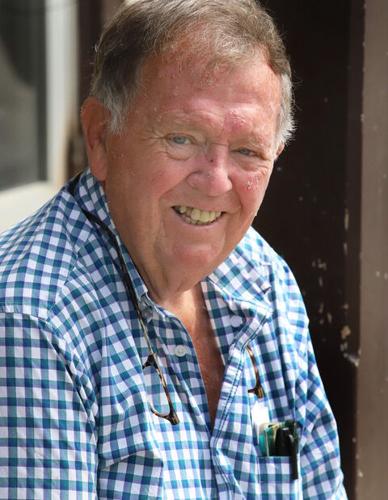 Ed Maroney, who has owned Willy's Variety in Bennington for 40 years, reflects on the pending sale of the landmark business. 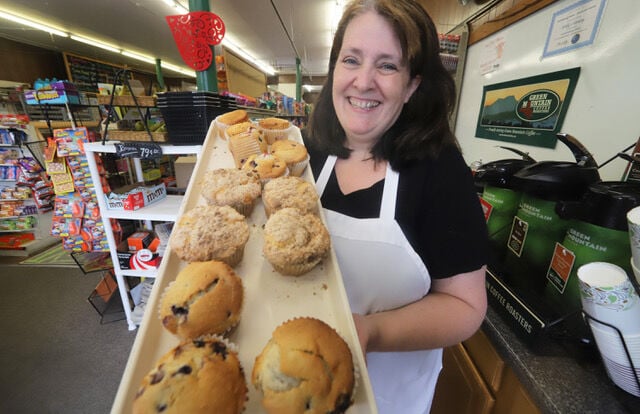 Mary Ellen Devlin carries out a tray of muffins for sale at Willy's Variety in Bennington. The landmark store could soon have a new owner.

Willy's Variety in Bennington is expected to change hands. Owners Mary Ellen Devlin, Carole Maroney, Liza Reif and Ed Maroney pose outside the landmark corner store they have operated for the past 40 years.

Ed Maroney, who has owned Willy's Variety in Bennington for 40 years, reflects on the pending sale of the landmark business.

Mary Ellen Devlin carries out a tray of muffins for sale at Willy's Variety in Bennington. The landmark store could soon have a new owner.

BENNINGTON — Ed Maroney is sure there will be some emotional moments when the expected sale of Willy’s Variety becomes final, marking the end of his 40 years of owning the landmark corner store at Gage and Park streets.

Maroney, 77, who began working at the store for the late Willy Pratt while a boy, is now semi-retired, and his brother, Brian, is also retired from the store. But other family members are keeping the multi-faceted business humming.

They include his daughters, Mary Ellen Devlin and Liza Reif. His wife, Carole, a retired nurse, also worked at times at Willy’s, primarily helping out with the plants the store offers throughout the spring.

“You know, we’ve had a lot of loyal customers over the years, Maroney said Monday about the pending sale. “And it’s ... it’s bittersweet.”

Maroney said his own history with Willy’s goes back much further than his ownership of the business.

“After more than 60 years on this corner myself,” Maroney said, “starting when I was a little kid, you know. I was the only kid that Willy would put up with over here. He put the boots to the rest of them and let me stay, and I was like second or third grade.”

He said he would appear at the store every day after school and on weekends until he landed a regular part-time job, which he kept through high school and two years at the former St. Joseph’s College.

“Friday nights I would stay till it closed,” Maroney said. “I just loved it.”

After working at other jobs for a few years, he said Pratt “talked me into coming back,” and he worked at Willy’s for 13 years before the store was put up for sale.

A new owner bought it and operated the business for a few years, while Maroney went to another job.

But the new owner changed his mind during the early 1980s recession and wanted out, Maroney said.

“We’ve enjoyed it,” Devlin said, “but it is time for my parents to be fully retired and for my sister and I to try something different for once in our lives. I don’t regret it; I loved every day of it, but it comes to the point where it’s time for us to move on.”

The store’s history stretches back to the 19th century, Devlin said, and in 1890 it was called John E. Healy & Son. It later became an A&P, or Great Atlantic & Pacific Tea Co. market for many years.

The building also housed for a time Howard & Riley Choice Meats, and Pratt told the Banner during the 1960s that the building originally housed a saloon before being converted into a store.

Pratt took over the business along with Phil Riley in the late 1940s, and Willy became sole owner in 1968 when Riley retired. Moroney took over in 1982.

The business is also one of the last — if not the last — of the numerous corner stores in Bennington that were all owned by separate local families 30 or more years ago. In recent years, new owners have tended to own several variety stores or be connected with a chain of stores.

Maroney said the business has evolved over the years, including the addition of a bottle deposit redemption center in a barn-like building behind the store, which had opened in a smaller section of the store under Pratt’s ownership in response to Vermont’s bottle deposit bill. The law took effect in 1973.

He also began selling plants supplied by area greenhouses or nurseries shortly after buying the business. He eventually added a fenced-in area along the Park Street side to display the plants. And Maroney leased and then purchased a former bakery building across Park Street to use for storage of plants and other stock, including under tents on the lawn.

The potted plants have usually been offered at Willy’s each year through early summer.