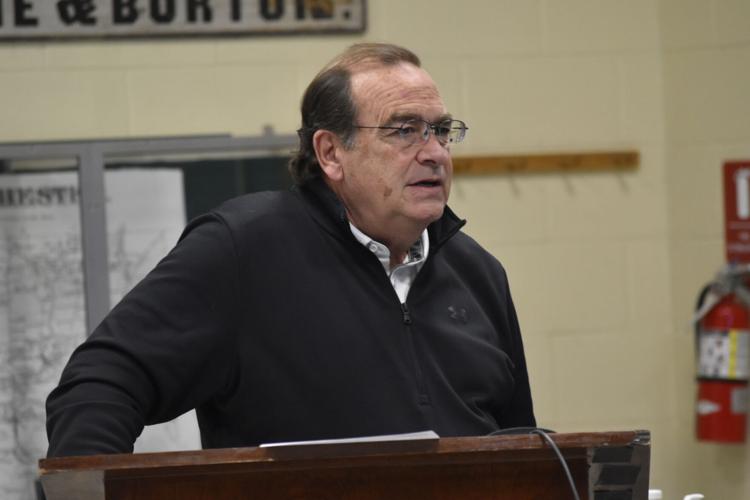 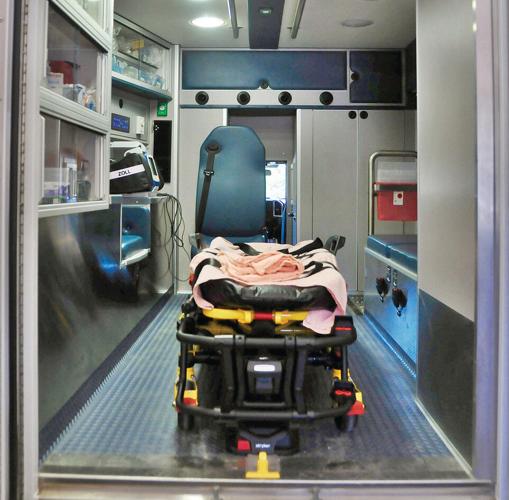 The patient compartment of a Northshire Rescue Squad ambulance.

The patient compartment of a Northshire Rescue Squad ambulance.

MANCHESTER — When the Manchester Select Board and the Northshire Rescue Squad reached an agreement on their contract impasse this past summer, one of the shared goals in their agreement was to do better at communicating with each other.

That commitment was on display Tuesday night, as members of the Rescue Squad’s board of directors briefed the Select Board on the likely direction of its upcoming budget, its response time performance and its upcoming fundraising appeal.

But the Rescue Squad, mindful of the intent to improve its relationship with the Select Board, also asked for input on ways it can serve the community better.

“This is a partnership,” Rescue Squad treasurer Jim Salsgiver told the Select Board.

The squad, an independent nonprofit serving Manchester, Dorset, Danby, Mount Tabor and part of Winhall, said it had recently conducted a review of its salaries and comparison with other area squads. The review showed the Rescue Squad needed to raise salaries to compete with it neighbors to retain its highly trained personnel and attract new hires, Salsgiver and board member Ben Weiss said.

The base pay rates increased to $18 per hour for emergency medical technicians, $20 per hour for advanced EMTs and $24 per hour for paramedics. Applying those rates helped even the squad’s compensation, Weiss said, and led to the squad recently hiring two more employees.

“We were surprised we were pretty far behind,” Salsgiver said, noting the last compensation review came in 2019. “It became clear pretty quickly we were short.”

While pay increases are likely to affect the Rescue Squad budget, Salsgiver said, an increase in call volume, successful fundraising and donations bequeathed through planned giving will likely ease the impact. The squad has a $255,000 fundraising goal for the fiscal year, including its summer subscription drive, and is launching its annual campaign this week.

The Rescue Squad board is also looking for new members to join as trustees. Interested parties should reach out at its website, northshirerescue.org.

While the squad budget is not yet complete, board members said, they expect it will spread an increase of about 4.5 across its five towns — using a formula that takes population and call volume into account.

Typically, the Rescue Squad retires its ambulances after about 10 years, Weiss said. But given supply chain issues, the earliest a new rig could be delivered is 2025, and that’s if a new one is ordered now. By that point, the ambulance being replaced would be 11 years old, he said.

“We’d like to move on that pretty quickly,” Weiss said, suggesting that the five towns in the service area could contribute American Rescue Plan Act funds to make that happen.

One issue that arose during the contract impasse between the Rescue Squad and the Select Board was over its billing service. A consultant’s report said cheaper options were available, but the Rescue Squad said its provider had offered excellent service.

Asked by the board if the squad had begun shopping for another billing provider, Salsgiver said that hasn’t begun yet, but will happen. “It’s on my to-do list,” he said.

Having an experienced full-service billing agency is important for a nonprofit with limited staffing, Salsgiver said. “We’ve been able to rely on these people. … When we look at new folks, we’ll be very clear what our expectations are.”

Select Board Vice Chairman Greg Cutler said he was glad to hear that the Rescue Squad has been taking part in cross-training exercises with other town agencies and nonprofits, including the Manchester Community Library.

“I think this is really productive,” Cutler said of the presentation. “This communication is great.”

Response times were among the top concerns cited in January by consultants hired by the Select Board to review the town’s relationship with the Rescue Squad. Those findings were contested by the Rescue Squad, which pointed out that in the interest of safety, they don’t roll full-speed with lights and sirens to every call.

But on Tuesday, the Rescue Squad supplied a report showing that on the first quarter of fiscal 2023, its teams shaved minutes off last year’s average performance.

“That’s the positive of focusing on it,” Salsgiver said of the improvement. “It’s good to be accountable.”