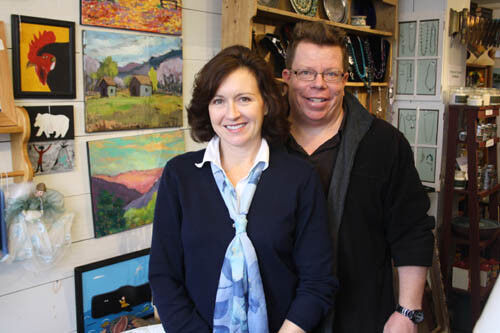 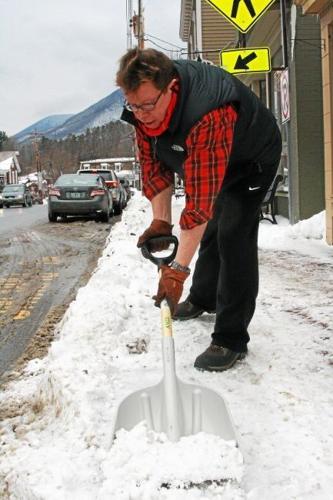 Bob Burgess, of Manchester House, a consignment shop on Main Street in Manchester, broke out the tools of winter in 2015 to clear off the latest round of snow. He died Jan. 16 from an aneurysm. 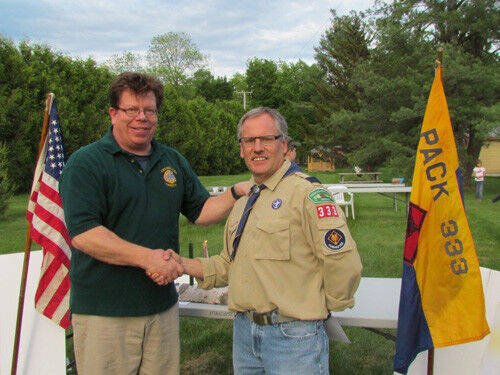 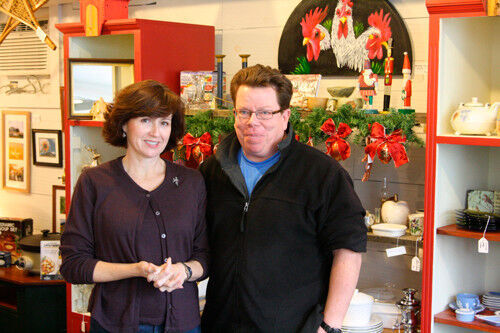 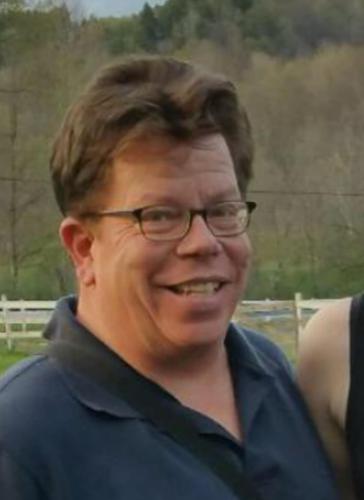 The late Bob Burgess, who passed away Jan. 16.

Bob Burgess, of Manchester House, a consignment shop on Main Street in Manchester, broke out the tools of winter in 2015 to clear off the latest round of snow. He died Jan. 16 from an aneurysm.

The late Bob Burgess, who passed away Jan. 16.

DORSET — Kind, decent and gentle are three of the words repeatedly used to describe Bob Burgess, who died earlier this week after suffering a sudden medical event.

Multiple friends and an obituary reported he suffered a brain aneurysm on Jan. 16; friends said he was at home at the time he was stricken and was flown to Albany Medical Center in New York.

Burgess, 62, of East Dorset, was well-known throughout the region by legions of bargain hunters and antique collectors. With with his wife, Vicki, Burgess ran Burgess Estate Sales of Manchester, regularly held sales throughout the area, offering the contents of entire homes for sale from families who were downsizing, moving away or after a death.

Before that, he sold antiques and more from a store on Main Street in Manchester.

The items he sold fill rooms in homes all over the Northshire and well beyond.

Melissa Levis, innkeeper of the family-run Wilburton Inn in Manchester, said Burgess was her “partner and friend” in redecorating The Wilburton.

“Even if I didn’t have a room in mind for an 18th-century gilded mirror or carved king-size mahogany bed, he would say, ‘Melissa, take it. This belongs at The Wilburton,’” Levis said, adding that finding a home for family heirlooms gave many people comfort during an otherwise sad occasion.

“There is not a room or a house at The Wilburton that wasn’t transformed thanks to Bob and Vickie Burgess’ estate sales, friendship and love. We will miss him so much.”

But the Burgesses didn’t just furnish 124-year-old mansions; many other homes and businesses have a piece or more from a Burgess estate sale.

“The majority of our home is made up of things purchased from him,” said Sara Crispe of Danby, whose family was close to Burgess. “He knew all our kids and would always ask how everyone was doing and would follow up with them. He was such an exceptional person.”

She said Burgess treated everyone well.

“Bob was so kind, thoughtful, engaging and helpful,” Crispe said. “He made everyone feel like they were his favorite customer.”

Crispe said when her son, Netanel, a 2021 graduate of Burr and Burton Academy, was accepted to Yale, Burgess was one of the first people she told.

“Bob was so supportive and encouraging of his love for history and antiques,” Sara Crispe said. “They had a really special connection.”

A connection that Netanel now cherishes.

“[When I was] growing up, Bob acted as a mentor and friend, dedicating hours to speaking with me in his shop and at estate sales, telling personal stories and sharing his vast knowledge of history,” Netanel Crispe said. “Through his generosity, he cultivated my own passion for history and enthusiasm for collecting antiques.”

It seems everybody started out as customers, but soon became friends.

Jamie Dufour, owner of Dufour Design, counted Burgess as a friend after connecting over antiques.

“He’d always come to me because I had knowledge about things he didn’t,” Dufour said. “We just became friends.”

Another person whose business connection turned to friendship was Mary Jo Gourd, who owns an interior design business in Manchester, and who said she had known Burgess since their kids attended school together.

“We became close through his consignment shop, which they closed to start doing estate sales,” Gourd said. “He always had something positive to say, was always looking out for products for my business, and [was] always asking about my boys. He leaves a large hole in our community.”

The hole became evident in the days after his death, as Facebook lit up with people lamenting the loss to the community.

Messages of sadness poured out of the region.

“If there’s a heaven, that’s definitely where he is,” Dufour said. “He was the most genuine and sweetest man. He literally cared about everybody.”

Among many other roles, Burgess was a member of the Lions Club, a church leader at Zion Episcopal Church, and a Boy Scout leader.

“You know when someone warms a room just by walking in? Someone it just feels good to be around?” Dufour said. “That was Bob.”

Friends and family will celebrate his life this summer with music, food, and lots of laughter, according to his obituary.

Details will be announced, and all are invited.