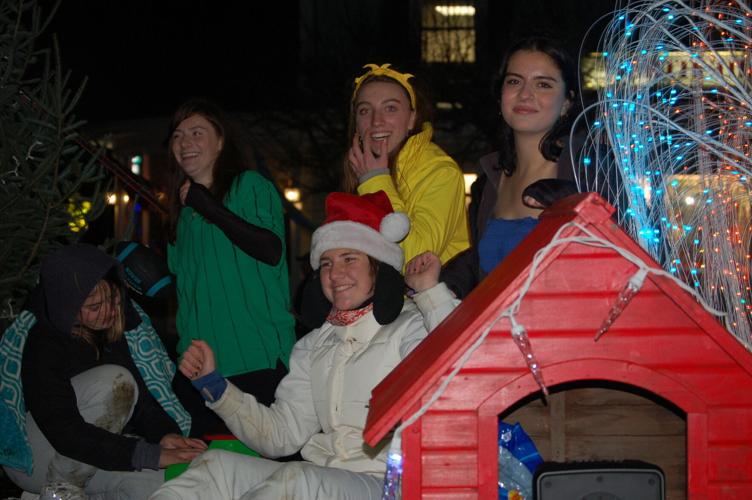 Students from the Long Trail School are all smiles on their Charlie Brown-themed float that won the "Best Overall" category in the 10th Manchester Holiday Lighted Tractor Parade on Saturday in Manchester. 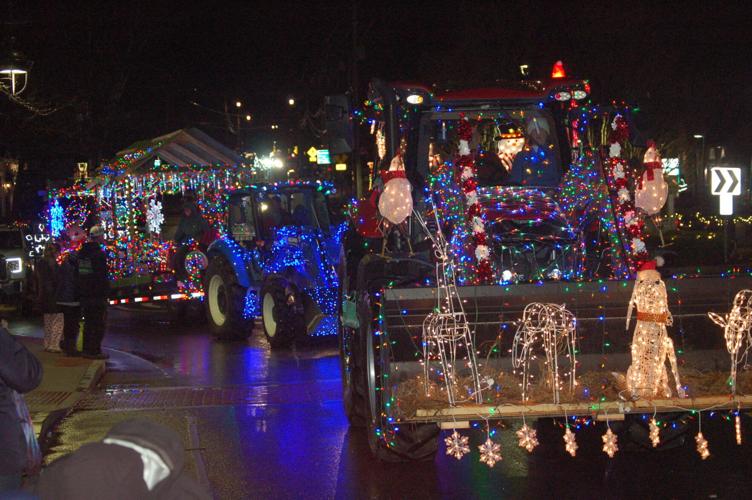 A line of festive agricultural vehicles lights up the night on Main Street in the 10th Manchester Holiday Lighted Tractor Parade. 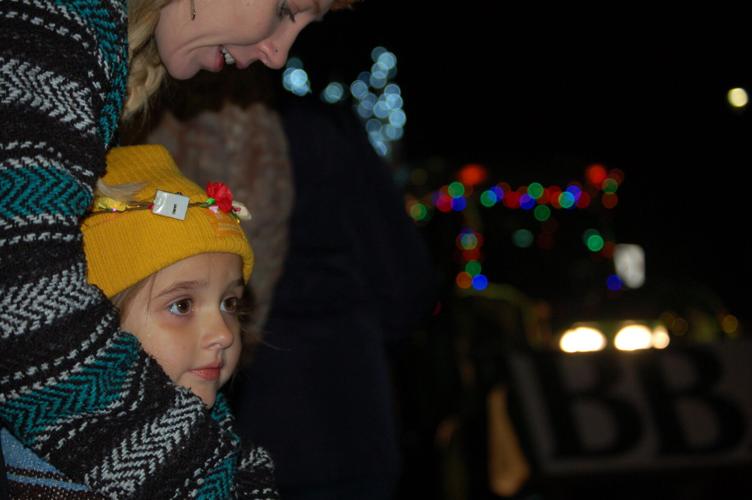 A youngster tries to stay warm while she takes in all the holiday excitement at the Lighted Tractor Parade on Saturday.

Students from the Long Trail School are all smiles on their Charlie Brown-themed float that won the "Best Overall" category in the 10th Manchester Holiday Lighted Tractor Parade on Saturday in Manchester.

A line of festive agricultural vehicles lights up the night on Main Street in the 10th Manchester Holiday Lighted Tractor Parade.

A youngster tries to stay warm while she takes in all the holiday excitement at the Lighted Tractor Parade on Saturday.

MANCHESTER — The precipitation on the ground might not have been in the right form to set the scene, but the spirit of the season was still in the air Saturday night, as several hundred people lined Main and Bonnet streets to witness the 10th Manchester Holiday Lighted Tractor Parade.

Despite wet conditions from rain showers that rolled through minutes before the parade, and frequent wind gusts reaching 30 miles per hour, the event featuring a record 26 entrants rolled on, to the delight of the crowd that braved the elements.

“This is our fourth year coming out for it,” said Amy Messenger of Dorset, alongside her husband, Scott, and son, Brayden. “We weren’t going to let a little rain stop us.”

Three-year-old Brayden was appropriately outfitted in a John Deere baseball cap and a small circuit of lights worn around his neck that he was given during last year’s parade. He also wore a big smile and was clearly not fazed by the conditions.

The lights, the music and singing, the blaring horns … it was the Grinch’s worst nightmare (well, at least for most of the book). But the weather couldn’t stop the parade from coming. It came, just the same.

Stationed in a small pop-up tent in front of Union Underground were the three judges of the floats, who also served as masters of ceremony: Interim Town Manager Leslie Perra, Select Board Vice Chairman Greg Cutler and the Manchester Journal’s own Greg Sukiennik.

Participants were vying for the top spot in three separate categories to net a $300 cash prize. With a particularly deep field and some stiff competition, the judges had some tough decisions to make.

They landed on Northshire Baptist Church as “Best Nonprofit,” Jim and Liam’s Cutting Edge as “Best Use of Lights” and Long Trail School as “Best Overall.”

“It was really hard to choose,” said Perra.

“They’re all so good, in a way … but we have to pick one of each,” said Cutler. “It’s always fun. They were all great. We love doing this.”

John Burnham, executive director of the Manchester Business Association, was thrilled to see the event be such a success.

“It was wonderful for everyone to come out tonight,” he said. “From the participants who decorated their tractors and trucks and trailers, to the locals and visitors alike that came to line the streets for this wonderful, festive parade. I couldn’t be happier.”

Mike Baker, the general manager of Dorr Oil and Propane, had long been a participant in the event. He said that led to his decision to take on responsibility for organizing and sponsoring it.

“I started asking around about it, because I had participated in it prior to that, and it had kind of fallen away,” Baker explained. “So I said, ‘What do we need? How many tractors? Let me make some calls.’ And we got it back on the road.”

Given the turnout on Saturday night, it appears the parade is only growing from here.