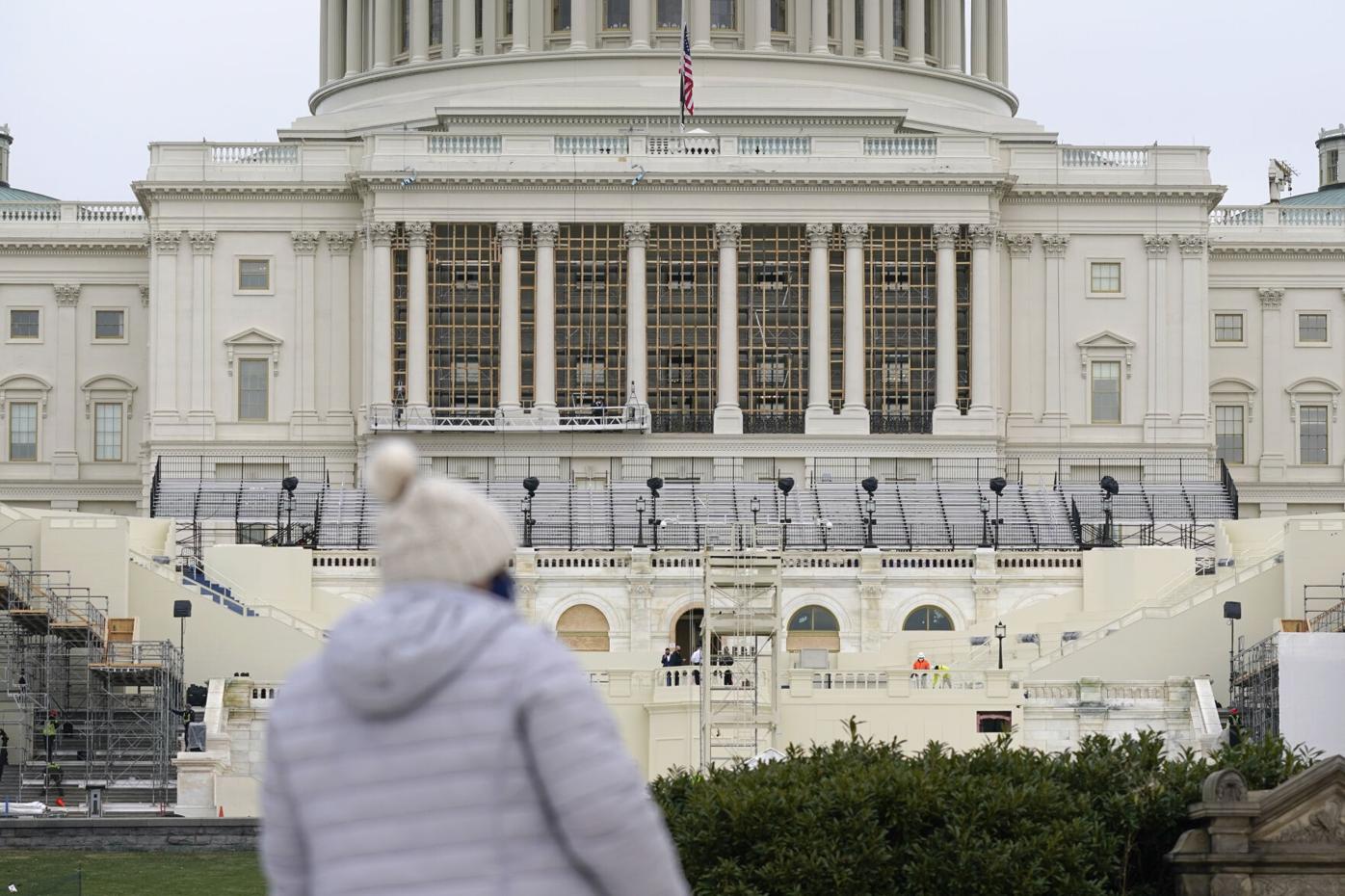 In its 230 years in the United States, Vermont has never sent a woman to Congress. Former Vermont Gov. Madeleine Kunin, the state's first woman governor, sees the potential for a breakthrough. “I confess I’m excited about having an open seat,” Kunin said Monday, with the news of U.S. Sen. Patrick Leahy’s decision to retire rather than seek a ninth six-year term in Washington. 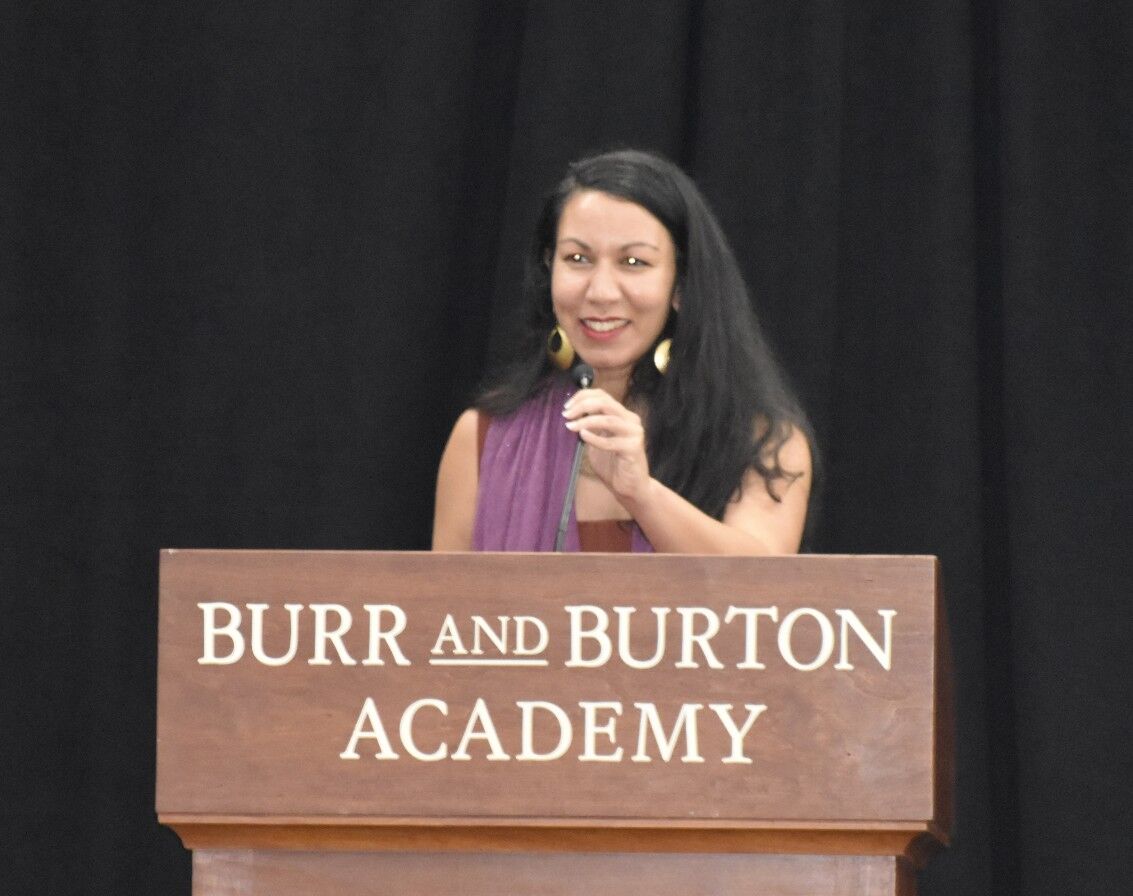 State Sen. Kesha Ram Hindsale of Burlington has expressed some interest in a run for the U.S. House, if Peter Welch runs for Patrick Leahy’s seat. 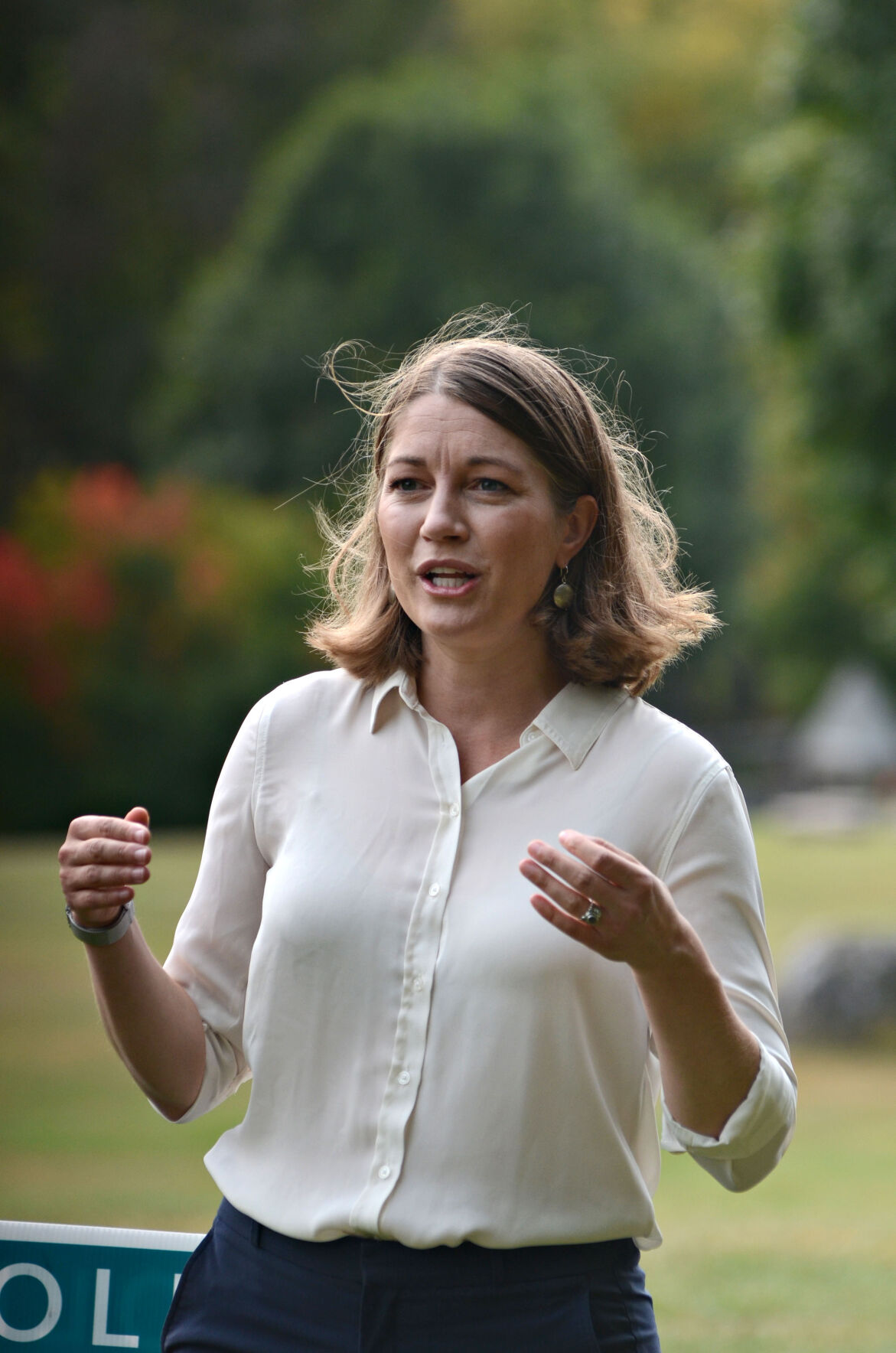 Lt. Gov. Molly Gray speaks to people during a forum at Willow Park in Bennington prior to her election. 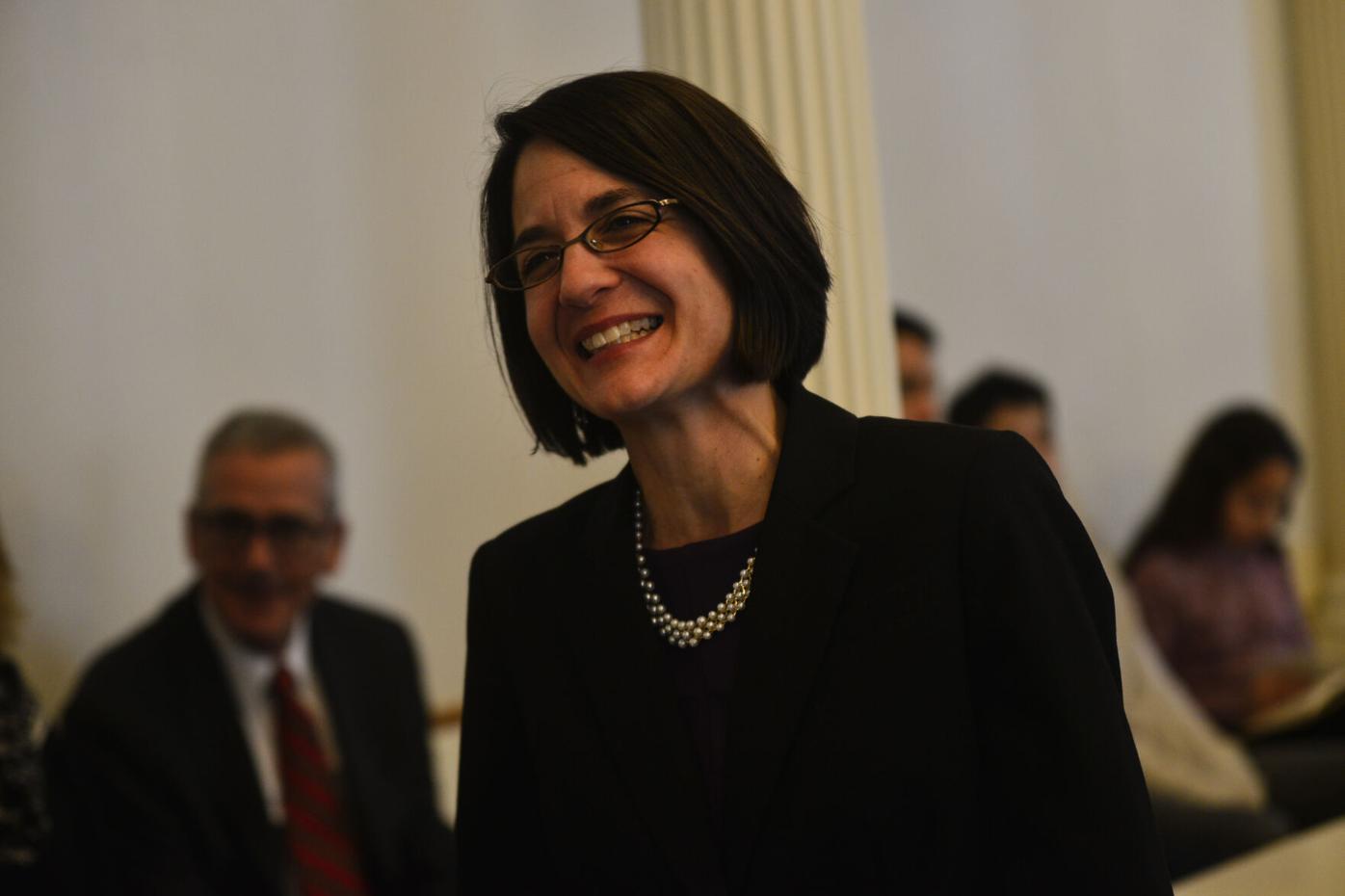 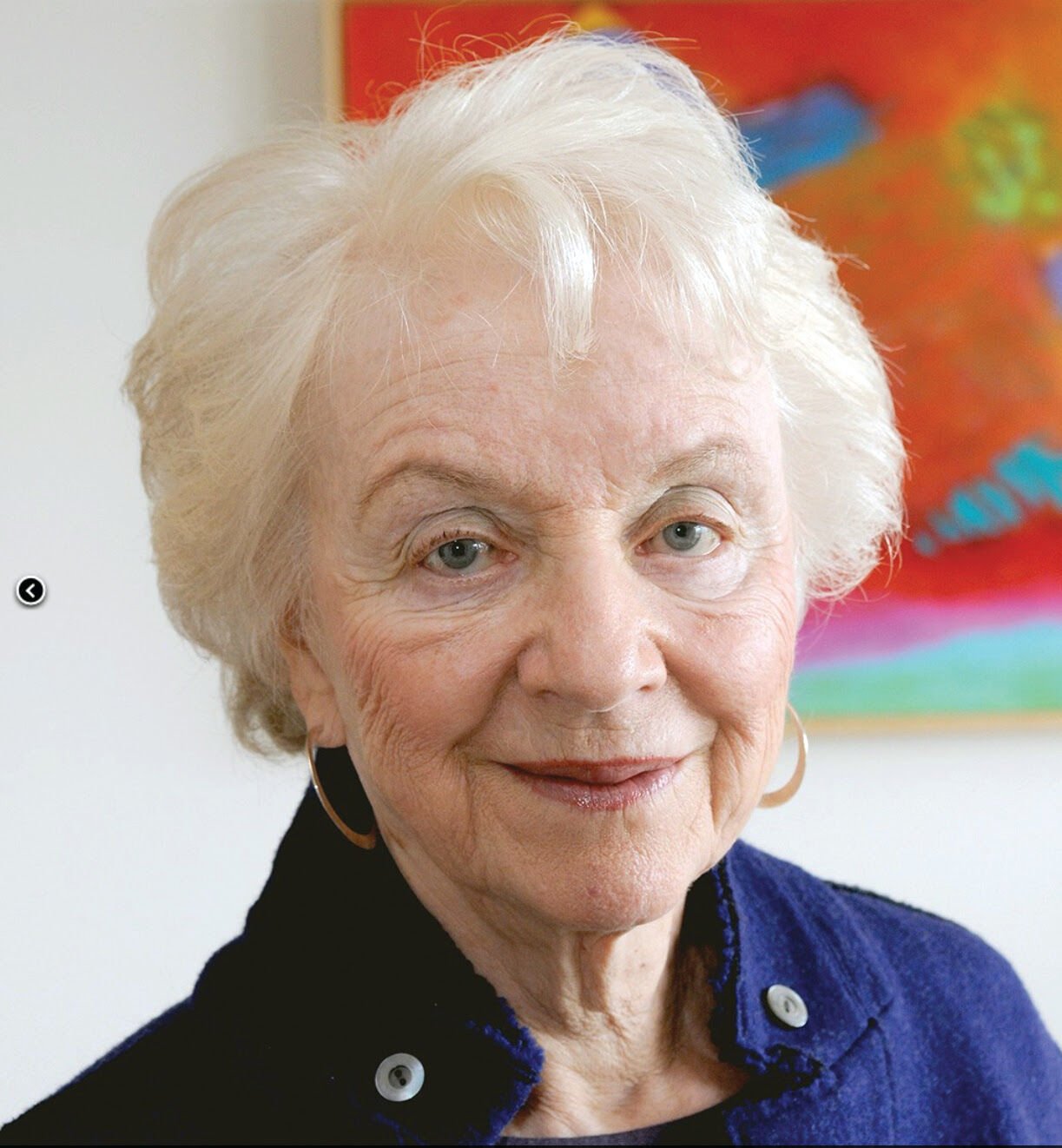 Former Vermont Gov. Madeleine Kunin sees promise for a woman legislator from Vermont to be sent to Washington by the voters.

In its 230 years in the United States, Vermont has never sent a woman to Congress. Former Vermont Gov. Madeleine Kunin, the state's first woman governor, sees the potential for a breakthrough. “I confess I’m excited about having an open seat,” Kunin said Monday, with the news of U.S. Sen. Patrick Leahy’s decision to retire rather than seek a ninth six-year term in Washington.

State Sen. Kesha Ram Hindsale of Burlington has expressed some interest in a run for the U.S. House, if Peter Welch runs for Patrick Leahy’s seat.

Lt. Gov. Molly Gray speaks to people during a forum at Willow Park in Bennington prior to her election.

Readers: This story was updated at 2:30 p.m. on Nov 17 to clarify that U.S. Sen. Bernie Sanders had previously supported state Rep. Tanya Vyhovsky.

In its 230 years in the United States, Vermont has never sent a woman to Congress.

That’s quite possibly going to change in 2022, and former Vermont Gov. Madeleine Kunin, the state’s first woman governor, sees the potential for a breakthrough.

“I confess I’m excited about having an open seat,” Kunin said Monday, with the news of U.S. Sen. Patrick Leahy’s decision to retire rather than seek a ninth six-year term in Washington.

It’s a rare opportunity: Vermont hasn’t had open seats since 2006, when U.S. Sen. Jim Jeffords, I-Vt., announced he was retiring after 18 years in the Senate. That allowed Bernie Sanders to win Jeffords’ Senate seat and Peter Welch to move into Sanders’ place.

A good deal hinges on whether Welch decides, as is widely expected, to run for Leahy’s Senate seat. He hasn’t made that decision yet.

“Earlier today, I joined friends, staff and colleagues to honor Senator Leahy and Marcelle as he spoke on the Senate floor,” Welch said in a statement Tuesday. “In the coming days, I will make a decision about my future plans and share that decision with Vermonters. Until then, I hope Vermonters will join me in celebrating the remarkable legacy of Patrick and Marcelle Leahy’s service to our state.”

To grow the number of women in Vermont politics, Kunin founded Emerge Vermont, an organization that trains Democratic women how to run for office. The program’s graduates include state Senate President Pro Tem Becca Balint of Brattleboro and Democratic Lt. Gov. Molly Gray.

Balint, Gray and state Sen. Kesha Ram Hindsale of Burlington have all expressed some interest in a run for the U.S. House, if Welch runs for Leahy’s seat.

“There are several women who are highly qualified to fill that seat,” Kunin said. “It should be very interesting and maybe a tough race.”

That’s an understatement. Balint, Gray and Ram Hinsdale are all intelligent, eloquent and have inspiring stories to tell. If two or all three jump in, it has the makings of a fascinating primary race.

It doesn’t end there. If Welch runs for Senate, he won’t be alone: Progressive state Rep. Tanya Vyhovsky of Essex, who has U.S. Sen. Bernie Sanders’ backing in previous elections, has declared her interest in the seat.

Only Vyhovsky announced her intentions on Monday. Gray issued a statement Monday praising Leahy, and she’s not ready to say much more.

“Yesterday, I released my Recover Stronger Agenda for Vermont and believe we can best honor [Leahy’s] legacy by making smart investments in our communities and working families,” said Gray, who will be at the White House this week to speak on Vermont’s COVID recovery.

“I’ll be spending Thanksgiving at the farm with my family and will make a decision after the holiday,” she said.

Balint and Ram Hinsdale also issued statements on Leahy’s retirement Monday, and followed up with phone calls as well. Ram Hinsdale called from Germany, where she’s part of a legislative exchange program.

Balint said in the wake of the Jan. 6 insurrection, when Trump supporters stormed the U.S. Capitol, Leahy told her “how strongly he felt that we are at an inflection point.”

“It is about Vermont values and also about protecting our democracy,” she said. “He strongly believes in the way democracy shows up in town meetings, committee meetings and lively debate on the [Vermont] House and Senate floor that only occasionally veers into partisan rhetoric.”

Ram Hinsdale’s memories of Leahy include a moment when she was visiting Washington as an Oxfam climate change ambassador. As guests visited with Leahy during a constituent breakfast, “I hung out by the food and drinks. I was so nervous,” she recalled.

She was the last person in the room when Leahy, a noted photographer, asked if she wanted to see his recent shots of the annual Easter Egg Roll.

“For him to show me he saw me and what I was trying to do as a very young candidate, at 21, was very meaningful,” she said.

There are significant questions for all three women looking ahead.

• They share a lot of common ground on issues as Democrats. What issues or qualities might differentiate them from each other?

• Do Ram Hinsdale and Balint have sufficient name recognition to take on Gray, one year removed from a winning statewide campaign?

Meanwhile, the Republicans have their eyes on the prize, too.

“In 1975, Patrick Leahy became the first and still only Vermonter to get elected to the U.S. Senate as a Democrat. The VT Republican Party wishes him good health and a restful retirement, and we look forward to the opportunity to return that seat in the Senate back to Republican control,” new state GOP director Paul Dame said Monday. “With a rare vacancy and the current 50-50 divide in the Senate, Vermont Republicans will enjoy an incredible opportunity to recruit the kind of high-caliber candidate to win this seat and make Vermont more competitive than ever before.”

As of Tuesday, none on the GOP had announced intentions to run.

Vermont Republicans have elected exactly one person to statewide office in 11 years: Gov. Phil Scott. While speculation continues that national Republicans will get Scott to change his mind, he ruled himself out of the race on Tuesday, leaving no wiggle room.

Is a current state House or Senate GOP lawmaker, operative, administration official or past official ready to make a run? Or is it a name we don’t know yet?

Dame also noted the Democrats’ national progressive-moderate split might play into the race.

“If Democrats have not already pre-arranged this outcome and bypassed their party’s voters, we can expect to see a divisive primary to replace a man who was able to keep the peace due to his power and influence — but will be able to do so no longer,” Dame said.

The Republicans also face an intra-party split, between the moderate wing of the party — Phil Scott, Scott Milne and elected GOP House and Senate leaders — and the party’s conservative right wing. Which way will primary voters turn?

There’s also the bigger question: Is Vermont, which overwhelmingly voted for Joe Biden, ready to send a Republican back to Congress and hand control to the GOP?

Scott himself spoke to this in a profile in The Atlantic: “To be honest with you, I don’t think Republicans could win ... they’re not going to send a Republican to Washington to tip power to the Republicans.”

One Vermonter who won’t be running for Congress? Jane Lindholm of Vermont Public Radio.

“After (former Lt. Gov. David) Zuckerman said [Monday] on Vermont Edition that people should be patient before jumping into the race, to see who else enters, I jokingly tweeted that I’d better hold off on my announcement,” Lindholm said Tuesday.

But then someone tweeted a list of Vermont women to support, including Lindholm. And you know how the game of telephone goes.

The follow-up question to Lindholm, of course, was: “But why?”

Lindholm said she gained an understanding of state issues in her time on “Vermont Edition,” and worked to build trust across political lines.

“So it is an intriguing idea, but I’m not sure politics is a sport I want to get into,” she said. “And I can’t afford to, anyway, considering I’d have to leave journalism to run for anything. So it’s more of a fun fantasy than any kind of reality.”