Max Misch, bottom left, pleaded not guilty Tuesday to a new charge of violating conditions of release during a remote hearing in Bennington Superior criminal court. 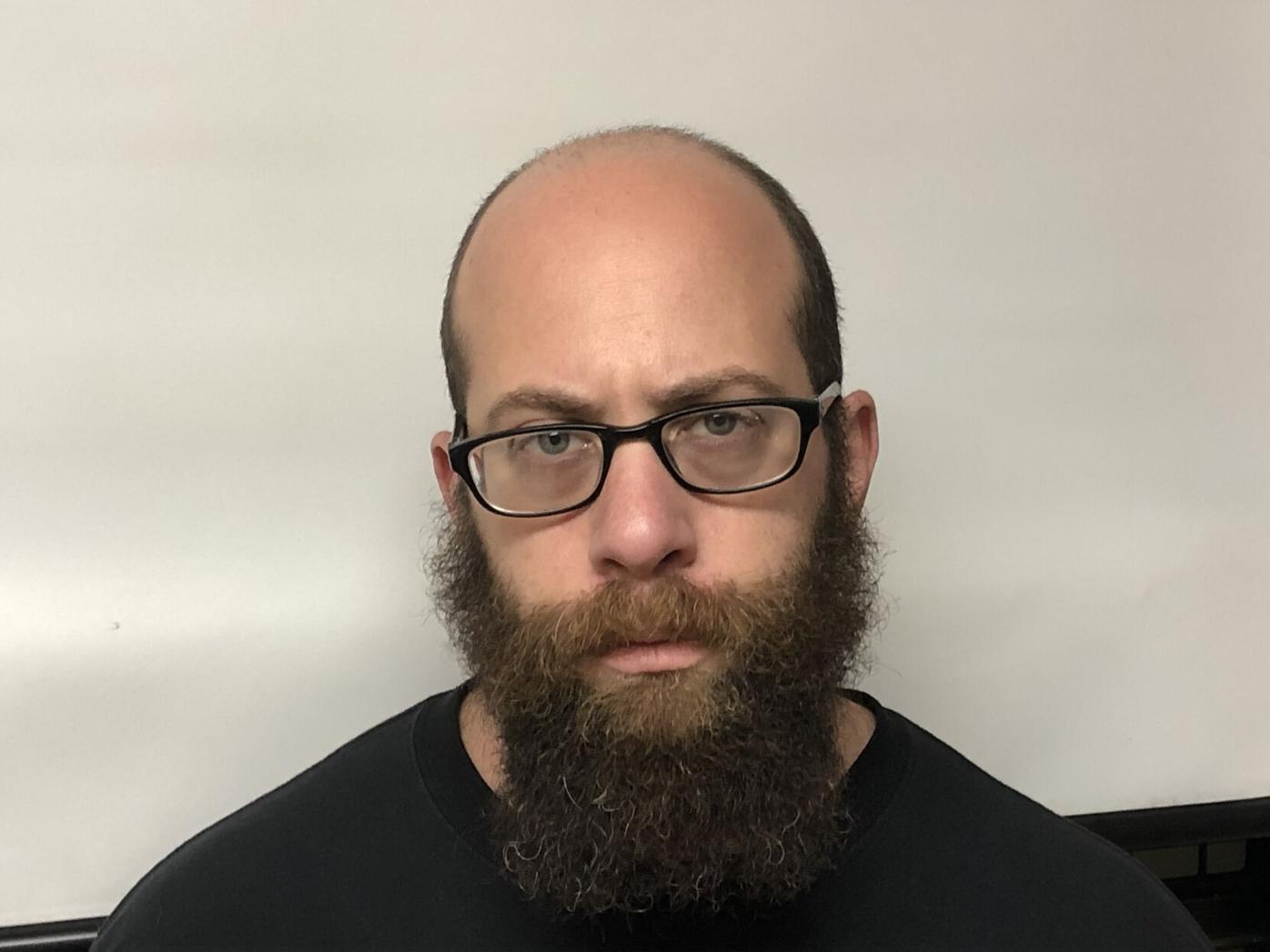 Max Misch in a state booking photo taken on Saturday.

BENNINGTON — Max Misch has denied allegations he violated a court order barring him from contacting his ex-wife, a witness in his unresolved firearms magazine case.

Misch, 38, of Bennington, pleaded not guilty Tuesday to a fresh charge of violating conditions of release. It is a misdemeanor punishable by up to six months in jail and/or a $1,000 fine. He remains free from jail.

Authorities accuse Misch of confronting his ex-wife, Lisa Shapiro, when they bumped into each other at the Walmart store in Bennington on Friday, court documents show. Police say Misch’s actions violated court-ordered conditions of release on his older charges of illegally possessing large-capacity rifle magazines.

Shapiro, 53, is also a resident of Bennington. She reportedly told a state police investigator she was shopping at Walmart in the early afternoon of Friday when she came across Misch and his girlfriend in one of the store aisles.

Shapiro told the investigator she didn’t respond to Misch and went to the store’s Garden Center until she believed Misch and the woman were no longer in the area. She then made her purchases before leaving the store, according to the affidavit from state police’s Bureau of Criminal Investigations.

In a remote hearing Tuesday, public defender Susan McManus said Misch “denies adamantly the allegations in the affidavit, specifically that he had approached Ms. Shapiro.”

Misch’s magazine charges were brought by the state attorney general’s office in February 2019, after Shapiro reportedly spoke to police about Misch’s white supremacist views and his efforts to obtain firearms, magazines and ammunition.

She disclosed, according to court documents, that he purchased two 30-round rifle magazines in New Hampshire in December 2018 and brought them back to Vermont.

This allegedly took place after the state banned large-capacity magazines in October 2018: more than 10 rounds for long guns and more than 15 rounds for handguns.

Misch challenged the statute’s constitutionality in the state Supreme Court, but the court ruled that the ban is a reasonable regulation of people’s right to bear arms for self-defense.

State police said they began investigating Misch’s supposed contact with Shapiro on Friday, after hearing about it from the attorney general’s office’s victim advocate.

Pickin, the case investigator, said she called Shapiro and left a voicemail on Friday evening as well as Saturday morning but didn’t hear back. She said supervisors requested her to ask troopers to do a welfare check on Shapiro on Saturday morning, which found her at home.

Pickin said she missed a call from Shapiro around noon Saturday, then called and left voicemails twice that afternoon. Supervisors requested local troopers to go to Shapiro’s home again, and Shapiro reportedly called the investigator once an officer arrived early that evening.

Later that evening, state police said they took Misch into custody and cited him to appear in court on violating a release condition.

After Misch pleaded not guilty Tuesday, Assistant Attorney General Paul Barkus asked the court for a $200 cash or surety bond, saying the condition he allegedly violated was issued only three weeks earlier and this wasn’t his first condition-violation charge.

Superior Judge Cortland Corsones denied the request, siding with Misch’s attorney, who said he didn’t pose a risk of fleeing from prosecution. Defense attorney McManus said Misch has lived in Bennington for six years, has a significant other in town and receives benefits as a military veteran. Misch added that he has children in the area too.

Besides his firearms magazine case, Misch has four other older criminal cases. The Attorney General’s Office is handling two of them, pertaining to charges of violating conditions of release.

The Bennington State’s Attorney’s Office is prosecuting the other two: a charge of disorderly conduct during the painting of Bennington’s Black Lives Matter mural in August, as well as another disorderly conduct allegation, stemming from a fight with a Black man in September.

The latter charge, which has been enhanced as a hate crime, carries the most serious potential jail time Misch is facing: two years. The rest are punishable by up to a year in jail.

During Misch’s two previous hearings, his attorney and the prosecutors talked about the possibility of resolving his cases through plea agreements. No updates were given on these matters on Tuesday.