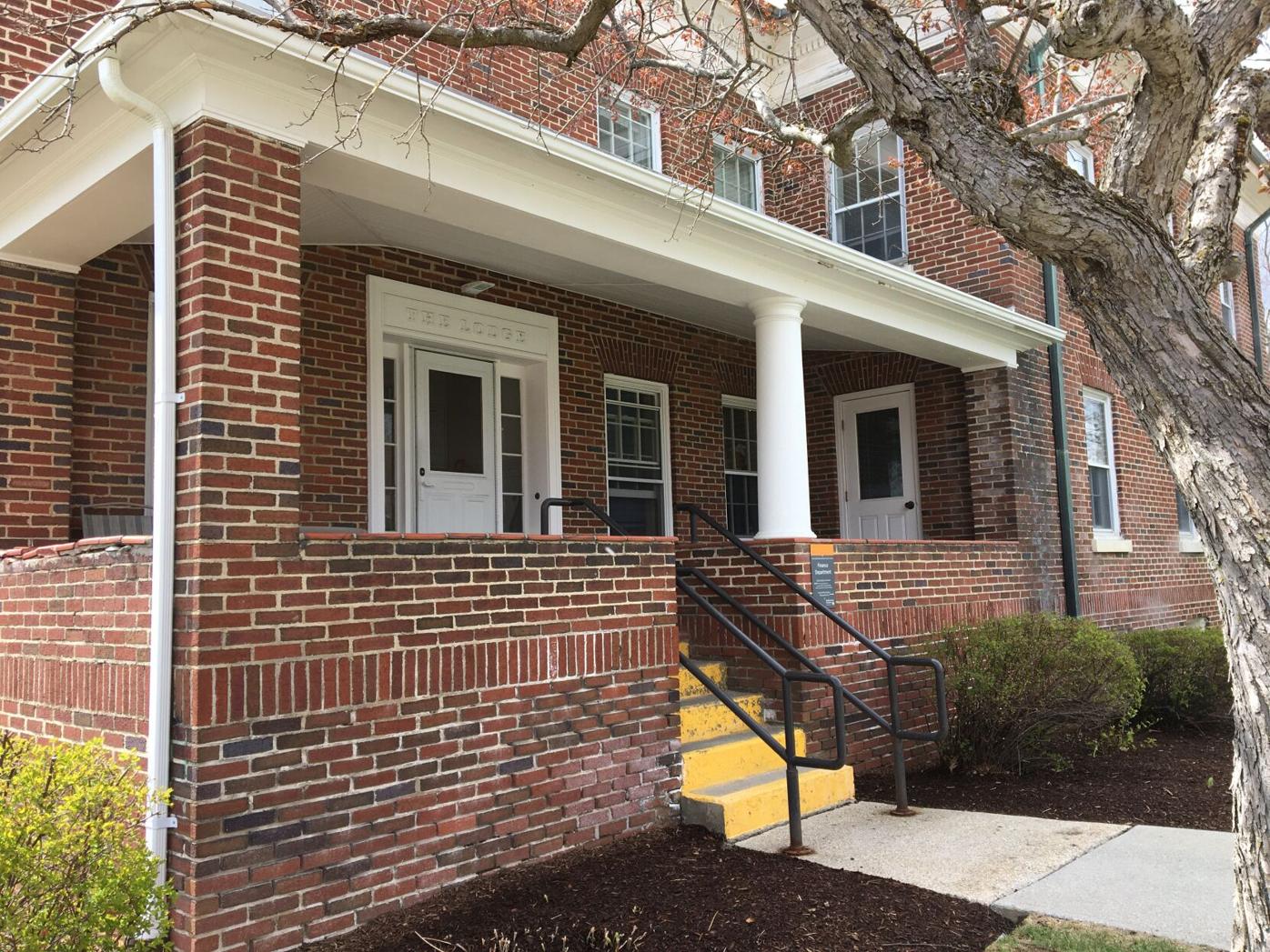 One of the older buildings on the original Putnam Memorial Hospital campus will be razed as part of a $26 million renovation and expansion of the Southwestern Vermont Medical Center emergency department. 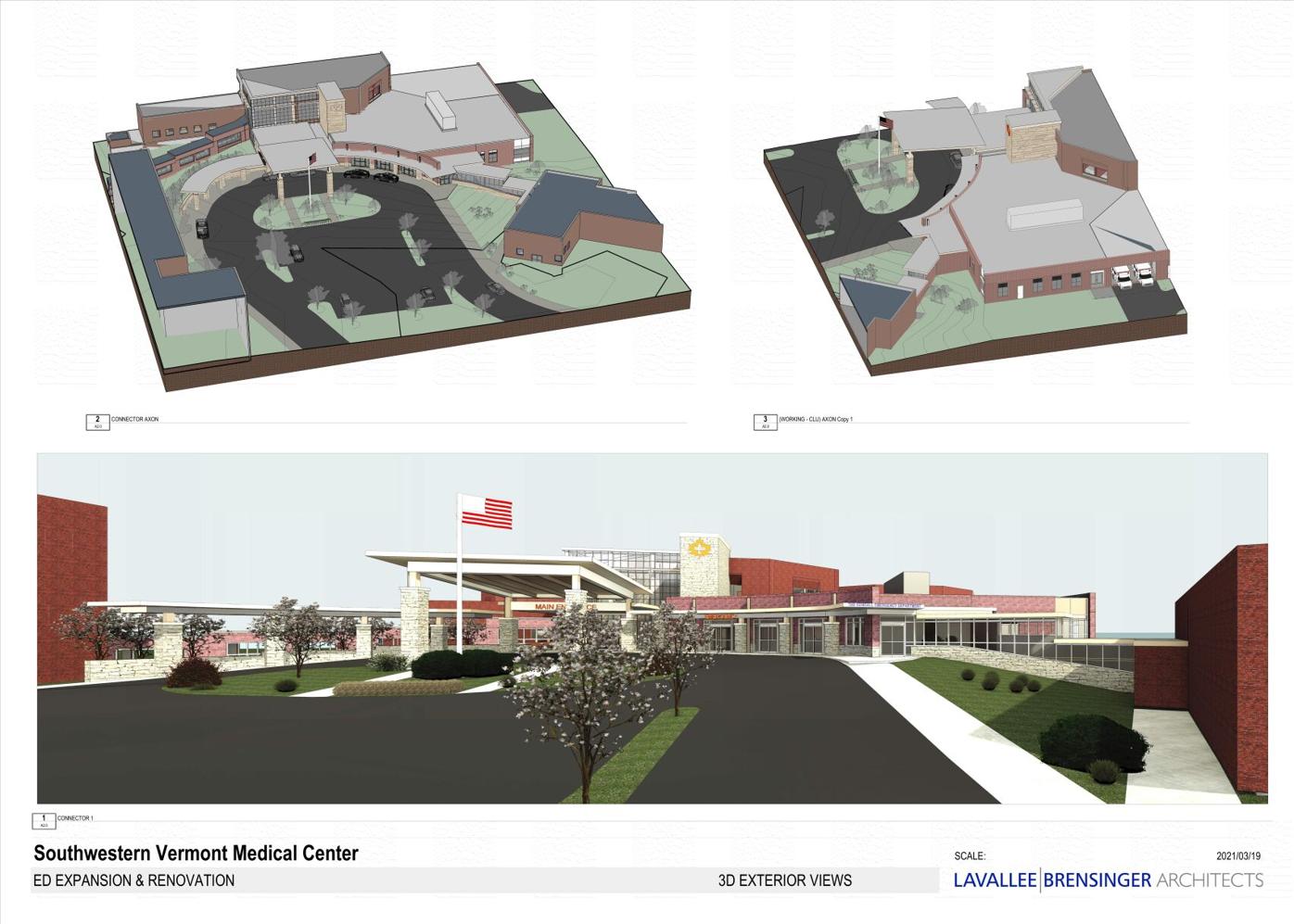 Images from the design of a proposed $26 million renovation and expansion of the Southwestern Vermont Medical Center emergency department.

One of the older buildings on the original Putnam Memorial Hospital campus will be razed as part of a $26 million renovation and expansion of the Southwestern Vermont Medical Center emergency department.

Images from the design of a proposed $26 million renovation and expansion of the Southwestern Vermont Medical Center emergency department.

BENNINGTON — Southwestern Vermont Health Care has checked off another box in the lengthy permitting process for a $26 million expansion of the hospital emergency department, and the project remains on track to receive final approvals in the fall.

The town Development Review Board provided unanimous land use approval for the project Tuesday, as well as for the related demolition of one of the early Putnam Memorial Hospital buildings to allow a new hospital entrance and access drive.

Proposed is demolition of The Lodge building opposite the current entrance to Southwestern Vermont Medical Center. The brick structure was built in 1925 for employee housing for what was then Putnam Memorial, which opened in 1918.

The building currently is used as office space for the SVHC finance department, which is expected to move to new quarters as part of the emergency department expansion project.

The DRB vote followed a written recommendation from the town Historic Preservation Commission, which stated that the commission “advises the Development Review Board by 5-1 vote to allow the demolition of ‘The Lodge’ subject to approval of the Vermont Division for Historic Preservation.”

The local preservation group described the structure as a “masonry building dating from the early hospital campus constructed to serve hospital staff. It is an architecturally modest, attractive building with significant and original detail intact. Visually, it is in need of masonry and trim repair and paint.”

A review by the state preservation entity will be part of the upcoming Act 250 permitting process. SVHC Director of Planning James Trimarchi said Thursday that the Act 250 application is expected to be filed by next week and will include a preservation consultant’s evaluation of The Lodge building.

He said the consultant’s report is not yet final but it aligns with the town commission’s recommendation to the DRB, which also will be provided to Vermont historic preservation officials.

Trimarchi said the hope is that an Act 250 permit and others, such as for a stormwater runoff plan, will be in hand approximately by October.

Those conditions include that SVHC prepare a report on the project impacts to The Lodge building, including photo documentation of the interior where historic fabric exists; that the health care corporation provide the local HPC with a statement on the necessity for demolition of the building and a statement regarding consideration of moving the structure, its structural condition and the anticipated cost.

Speaking during the DRB meeting, Jason Dolmetsch, of MSK Engineering and Design, representing SVHC, said the cost of relocating the building was determined to require “a significant capital expense” for the health care organization.

He said there will be an effort to salvage materials from the building, as requested by the town HPC.

Trimarchi said Thursday that The Lodge was located farther away from the original Putnam hospital building when constructed, but the medical center has grown outward over the years. Now, The Lodge is opposite the driveway to the main entrance and within the area proposed for a new entrance and driveway as part of the emergency department project.

He said the three-story building doesn’t have “significant historic value;” is no longer suitable for health care uses and is deficient as office space as well, because of the lack of an elevator and other features of modern construction. Moving an older brick building, he said, also is more difficult and costly than moving a wood-framed structure.

The emergency department project, which will include expansion out toward the current hospital entrance and renovation of the current department space, is proposed to accommodate a doubling of the average number of ER visits in recent decades.

SVHC CEO and President Thomas Dee told the DRB the average has risen from under 14,000 in the mid-1990s to nearly 24,000 visits annually recently.

The project also will create a new main hospital entrance and long, looping access drive; relocate outpatient registration, phlebotomy and the imaging department waiting room, and include upgrades to the laboratory and cafe areas.

The project received a certificate of need permit from the Green Mountain Care Board in December.