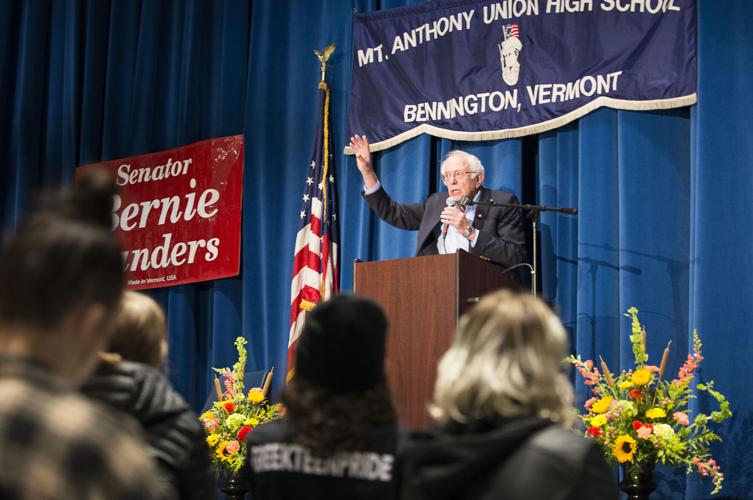 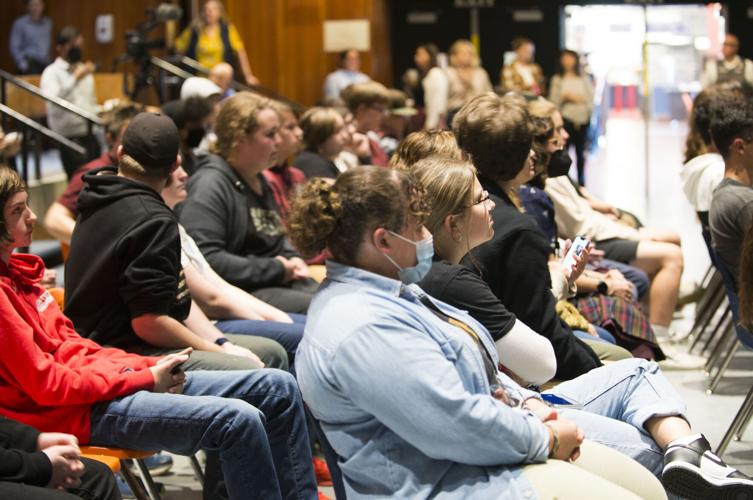 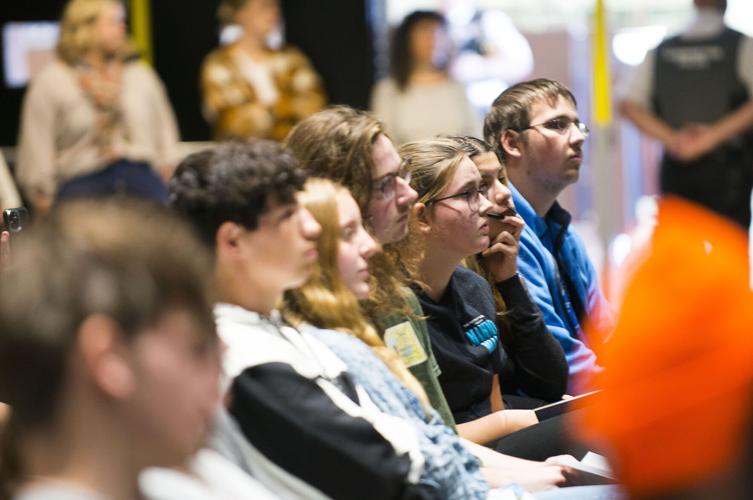 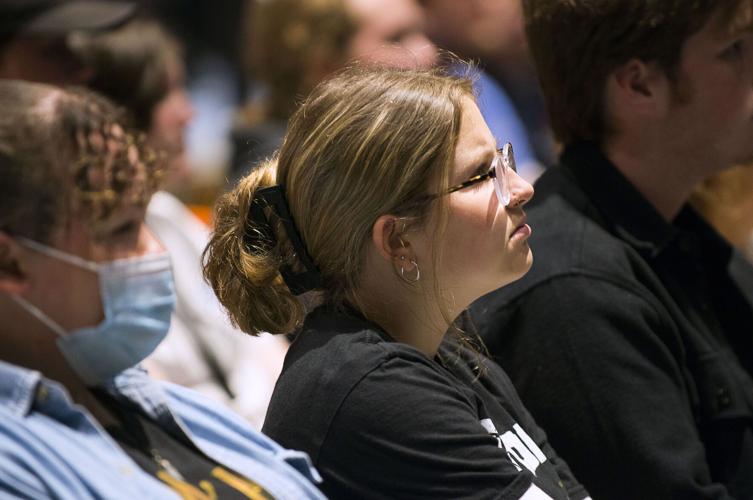 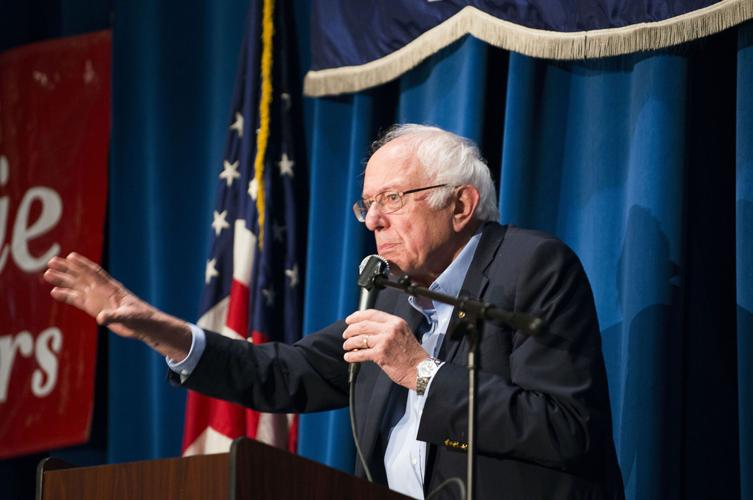 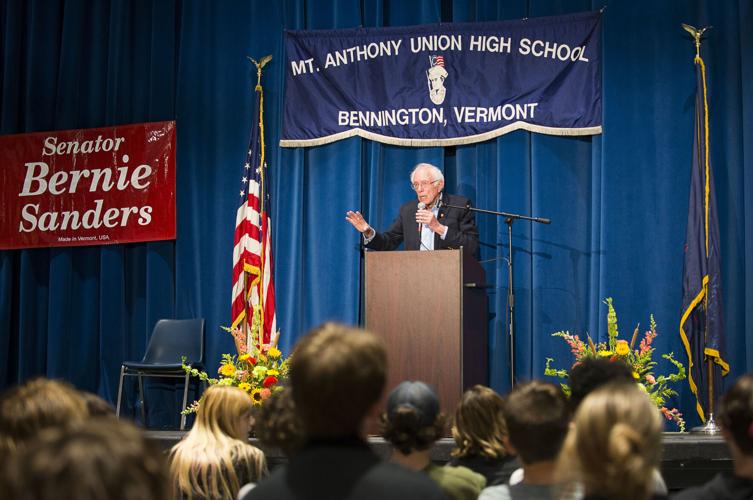 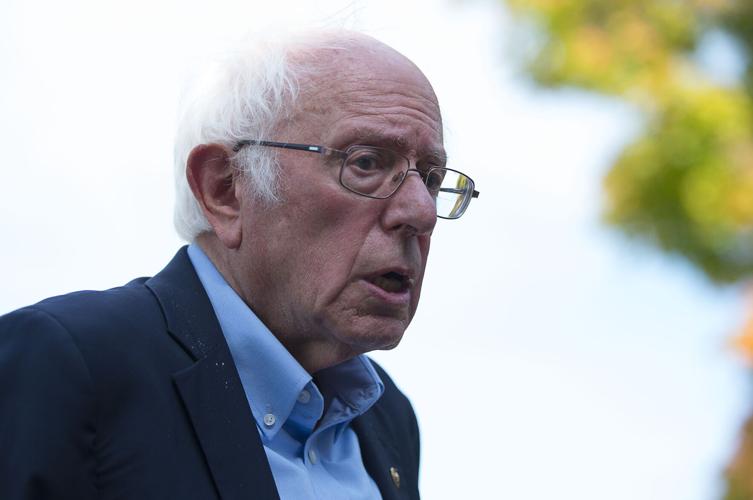 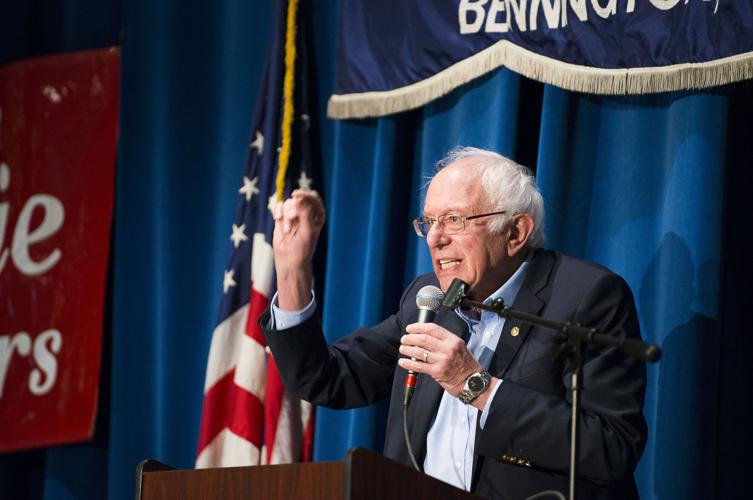 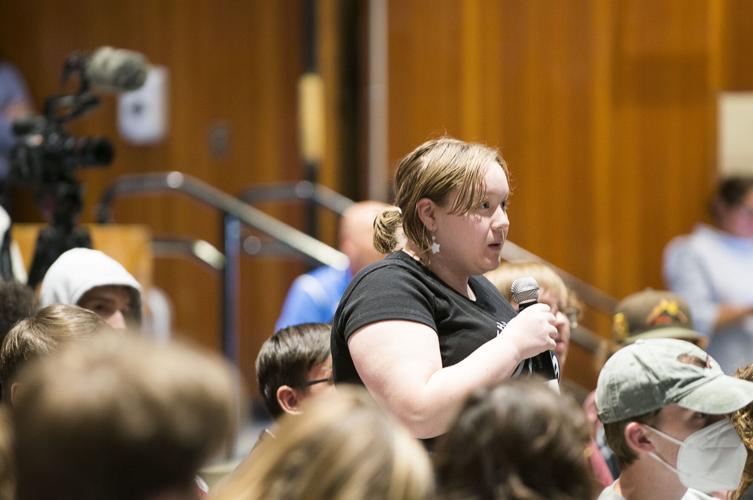 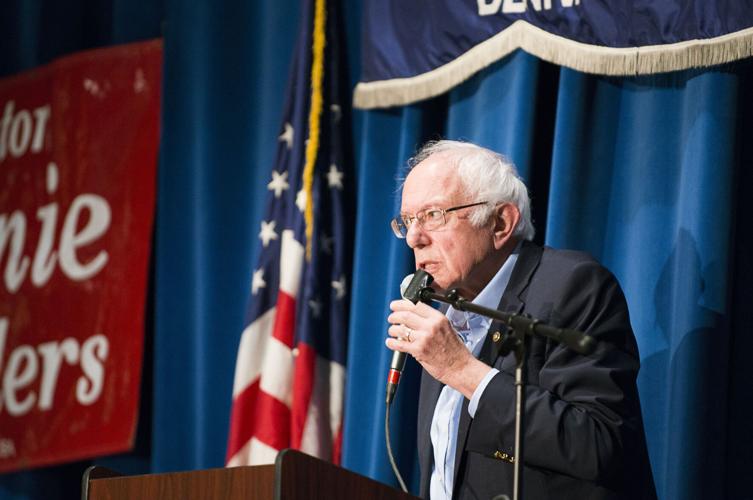 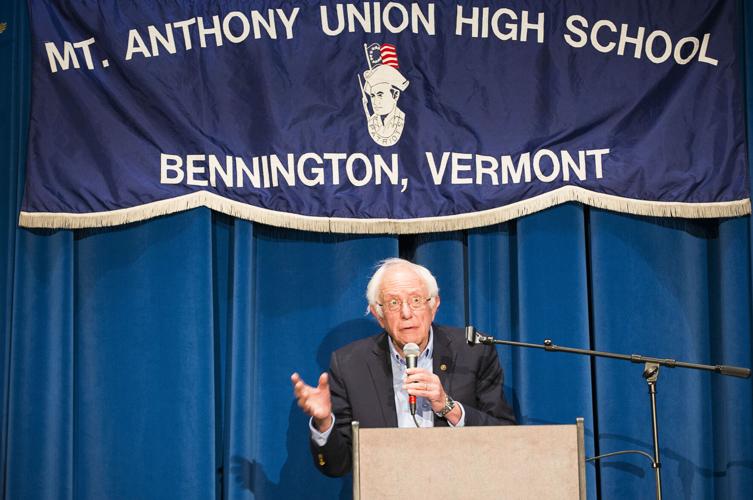 MAU juniors and seniors didn’t hold back. They asked Sanders about these issues and much more. Sanders said he has been to a large number of high schools to participate in these student lead town meetings.

“I’m here because, you know, I believe it’s very important that kids have an opportunity to ask questions of their senator and to get a sense of what we’re trying to do in Washington,” said Sanders. He said the MAU students “asked good questions about some of the important issues facing the country.”

“I think these kids are a lot more savvy than many adults think. I think they are quite conscious of the problems facing this country, whether it’s climate, finance, the cost of higher education, whether it’s health care,” said Sanders. “I think that they want governmental actions which will protect their interests.”

Before Sanders walked on the stage, the MAU auditorium was filled with applause. The applause began again when he approached the podium. Sanders said, “It’s terribly important for me to hear what’s on the minds of young people. They are the future of the country.”

The senator immediately asked the students what questions they had.

One senior at MAU shared her story with the senator.

“I make $12.50 an hour, and I’m ... putting myself through college. That’s not going to pay for college,” she said. She believes raising the minimum wage to a living wage is important, and Sanders agreed. He said 60 percent of citizens are living paycheck to paycheck in the wealthiest country in the world.

He then heard from students who believe Big Pharma and our health care system need to be updated. Sanders agreed again, but another student in the audience voiced their concern about rising taxes if health care becomes free. The senator then explained to the students that, even though the taxes will be raised for free health care, the average family will save money, because they won’t have out-of-pocket medical expenses. Later on, Sanders also said that he believes mental health is an important part of health care.

One member of the audience asked Sanders about the effect of President Biden’s pardon for cannabis and marijuana charges. The question received an audible and excited response from the crowd, which Sanders frowned upon.

He said the topic of cannabis usually comes up at high school events, and Sanders said, “That worries me, to tell you the truth.”

After he briefly touched upon cannabis, the senator began talking about heroin, fentanyl and the extreme danger they pose to the community.

“Heroin is a killer drug,” he said. “Fentanyl is even worse, and fentanyl sometimes gets mixed in with the heroin. ... Marijuana is not heroin, it is not fentanyl, it should be not lumped together.”

The next hot button topic the students brought up was climate change. Sanders did not mince words and said,” Climate change is very, very real.” The discussion continued with Sanders giving a brief explanation of the various types of clean energy that can be used in place of fossil fuels.

A junior at MAU asked Sanders, “What do you think we’re gonna do about the race and like, the racial injustice within the government, you know, and the police system?”

Sanders replied, “It goes without saying that we want to wipe out all forms of bigotry in this country.”

Another student asked Sanders if police deserve to be paid more. The senator said, “Policework is difficult, as we indicated. You want a police department that is not racist, that treats everybody the same. It’s got to be professional, well-trained, well paid.”

A junior asked Sanders if anything will be done to make college more affordable. The senator replied, “If you guys are going to go out and get a decent job, you need a good education, which includes a higher education. So I personally believe that we should make public colleges and universities tuition free.”