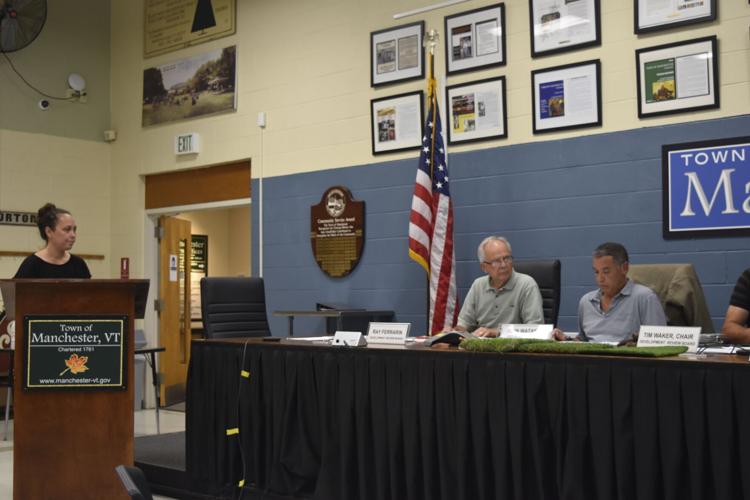 Vallis Goodermote, the owner of Aunt Bonnie's, addresses the Manchester Development Review Board on Wednesday night. Aunt Bonnie's is the first retailer to seek permission to sell retail cannabis in Manchester. 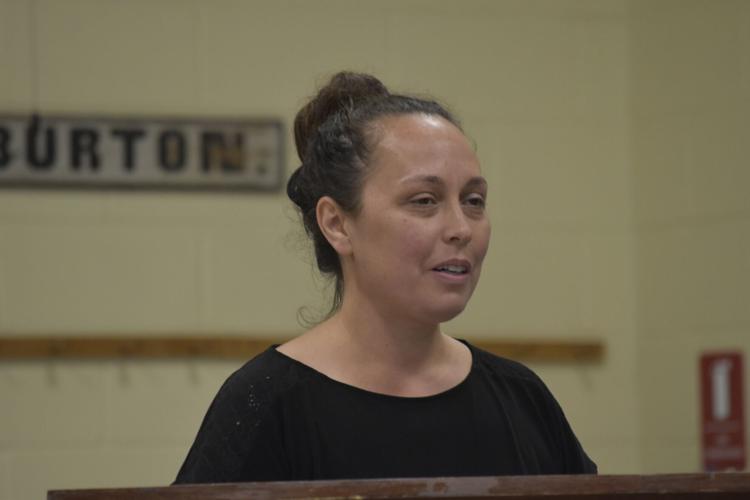 MANCHESTER — Legal retail sales of cannabis products containing THC are set to begin on Oct. 1, as Vermont becomes the 19th state to open a legal, regulated and taxed market.

The Manchester Development Review Board heard its first permit application Wednesday for such a business — Aunt Bonnie’s Dispensary.

Aunt Bonnie’s, at 97 Depot St., sells cannabidiol, or CBD, products such as hemp oil and gummies. While CBD is derived from cannabis, it does not contain enough THC — the psychoactive compound in cannabis — to produce a “high” effect.

“This is a first for us,” board Chairman Tim Waker said as business owner Vallis Goodermote began her presentation to the board and Planning and Zoning Director Janet Hurley.

The board took testimony from Goodermote and has 45 days in which to rule whether to approve the business for conditional use. From there, the business will have to pass muster with the state Cannabis Control Board, which governs the rules of the state’s cannabis market under the law.

Under changes to the town land-use ordinance approved by the Select Board in May, cannabis retail sales are permitted in the town center zoning district. That includes 97 Depot St., a Manchester Designer Outlets property.

The site plan for the business isn’t changing, Goodermote told the board. Asked if her change in business will affect traffic, said she did not expect a sudden increase.

“There’s a lot of dispensaries that will be coming to Vermont,” she said. “So while it might seem like I’m the only one here, New York also is opening as a legal state.”

Goodermote also ran through the state regulations she must adhere to: Making sure no one under 21 enters the store, securely storing all cannabis on the property, security cameras recording 24 hours a day, 7 days a week and making sure all cannabis sold is from Vermont.

With regard to security, Goodermote said her business will be connected to a third-party alarm company, as provided by state law. She also said she recently spoke with the Williamstown (Mass.) Police Department to see if they’d had an increase in activity related to legal cannabis, and said she was told they hadn’t had a single call.

Resident Sylia Jolivette asked if Aunt Bonnie’s will be changing the color of its sign, saying she hoped to avoid “a splash of wild colors” when legal cannabis sales begin. Goodermote said she’s switching her branding from its current bright red to a white background with lettering in red.

Goodermote, who opened the business in the former Kate Spade space last November, said she decided to take the plunge when her customers expressed interest in adding THC along with CBD as a homeopathic remedy. Medical cannabis already is legal in Vermont and is prescribed here for a wide range of conditions, including cancer, HIV, glaucoma, multiple sclerosis and Crohn’s disease, among others.

“There was a moment when this older lady came into the store, And she had gotten back from Colorado, and she had this CBD-THC blended gummy to help her sleep,” Goodermote said. “And I thought, ‘If I don’t switch to cannabis, I can’t help people with these problems.”

The investment needed to make the change is significant, she said, especially in meeting the security requirements for cameras, motion detectors and storage. Her insurance will cost more, as well. But Goodermote was able to enlist the help of the Vermont State Employees Credit Union before it announced last month that it was no longer taking on new cannabis businesses because of a “sudden spike in cannabis accounts.”