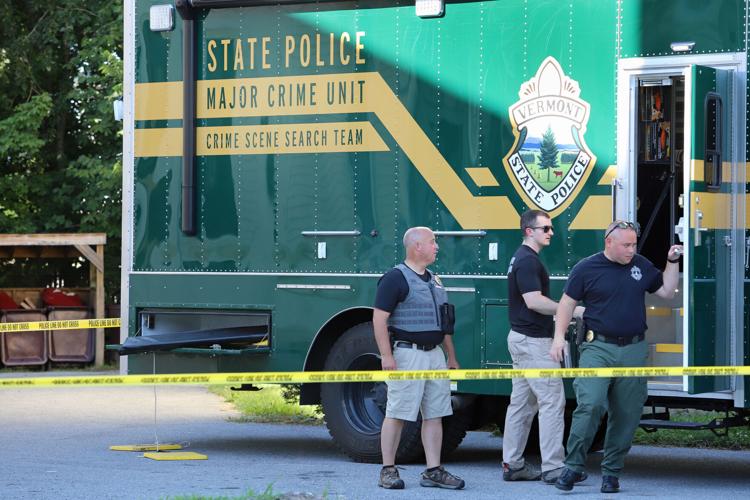 Bennington Police Chief Paul Doucette and members of the Vermont State Police Major Crimes team at the scene of a homicide at 324 Pleasant Street in Bennington. 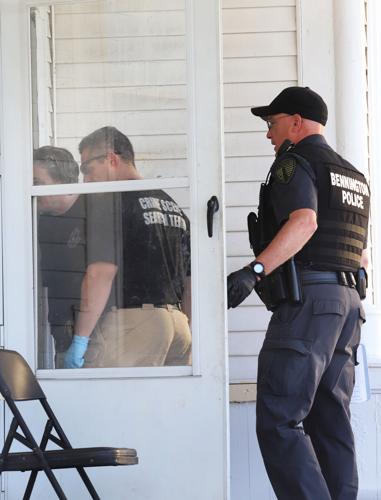 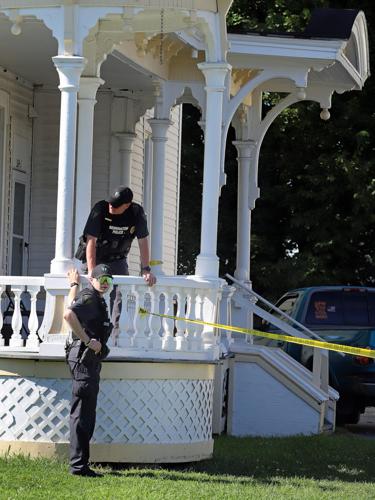 Bennington Police Chief Paul Doucette and members of the Vermont State Police Major Crimes team at the scene of a homicide at 324 Pleasant Street in Bennington.

BENNINGTON — A 38-year-old man was shot numerous times in the chest Wednesday morning in a downstairs apartment at 324 Pleasant St.

Bennington Police said an investigation in the “possible homicide” began with the initial 9:15 a.m. call of possible shots fired at the Pleasant Street address. Upon their arrival, police entered the apartment and found the deceased man lying on the floor of the first-floor apartment with three gunshot wounds to the chest.

The victim, a white male, has yet to be publicly identified, as next-of-kin notification is still pending.

Two “persons of interest” have been identified by Bennington Police. The police tracked the first, a male, with the help of their police dog Gracie. After a traffic stop, that person fled the vehicle and was caught and detained, according to Bennington Police Chief Paul Doucette. The man was being interviewed Wednesday evening by a joint team of the Bennington Police, the Bennington County State’s Attorney’s Office and the Vermont State Police.

The second person of interest, a female, was also at the downtown police station, police said.

Police received a search warrant in the late afternoon to enter the apartment — part of a larger, older home with numerous apartments. A crime scene van from the Vermont State Police arrived shortly before 5 p.m. to start the work of collecting evidence in the apartment.

As of press time, no weapon had yet been found, and the body remained in the apartment.