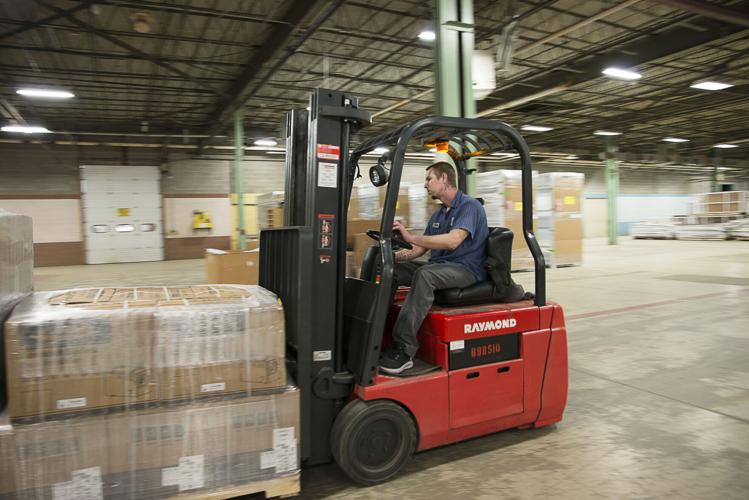 Rikki Davis unloads a truck into the former Eagle Square building, where Mack Molding has recently leased a space. 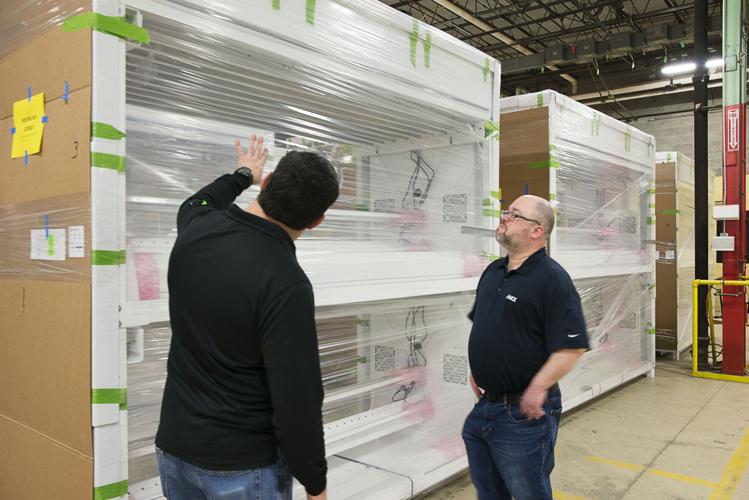 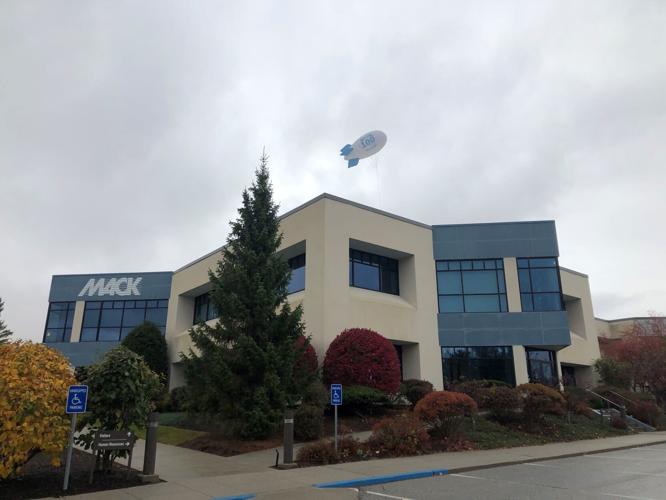 Mack Molding in Arlington, above, is expanding into Shaftsbury at Eagle Square, the former home of Stanley Tools, which once employed 600.

Rikki Davis unloads a truck into the former Eagle Square building, where Mack Molding has recently leased a space.

Mack Molding in Arlington, above, is expanding into Shaftsbury at Eagle Square, the former home of Stanley Tools, which once employed 600.

SHAFTSBURY — Amid a companywide growth surge, Mack Molding has leased space in the historic Eagle Square building — planning to use it for storage initially with manufacturing operations to follow.

“We have been incredibly busy, growing dramatically, and we really need two things — we need space, and we need people,” company President Jeff Somple said Friday.

The hope is that additional space in the Shaftsbury facility “will solve both those problems,” he said.

Eagle Square “is a beautiful building, and there is plenty of space for us to start off there, and to expand,” Somple said.

Like most businesses during the pandemic, Mack Molding has found it difficult to attract new employees, Somple and Rich Hornby, vice president of manufacturing operations, said.

They hope a location south of Arlington will expand the company’s recruiting range to workers from the Bennington area, as well as nearby New York state and Massachusetts.

Toward that end, Hornby said the company will hold a jobs fair at the Eagle Square facility at 372 Vermont Route 67 in Shaftsbury on Thursday from noon to 6 p.m.

Gas prices could be a factor for some, he said, and living 10 miles closer to the workplace might make the difference for potential new employees.

The company has moved industrial agriculture products used for indoor growing to the Shaftsbury site, in part because of their large size and the space required to store them.

“Then the idea is over the next couple of months to move manufacturing down there, as well,” Somple said.

The finished product pieces are 10 feet by 8 feet, and 4 feet wide, he said, and contain electronic components, motors, plumbing and other features used for indoor growing operations.

He said that, because of nondisclosure agreements, he couldn’t be more specific at this time about the product or the firm ordering the units.

Other products that require significant space might also be a good fit for the Shaftsbury facility, Somple said, but “a lot of that depends on whether we can get the employees there.”

“For the first time, Mack will be doing some manufacturing in the greater Bennington area,” he said. “We think it’s pretty exciting; we know it is certainly our largest town, and hopefully, our largest source of future Mack workers.”

Overall, Mack Molding, which employs 670 in the state and more than that number at facilities in the South, is the largest manufacturing firm based in Vermont and second to Southwestern Vermont Medical Center in the number of employees in Bennington County.

Company officials said Mack expects to hire 30 to 40 employees for the new site in Shaftsbury over the next couple of months.

Hornby said the company will be seeking entry-level and experienced manufacturing employees, along with technicians, group leaders, materials planners and people to work in warehousing and shipping.

In addition, Somple said the company has increased wage levels during the pandemic and offers signing bonuses, part-time schedules and referral bonuses to current employees who bring in new workers.

Initially, Somple said, Mack is leasing 25,000 square feet in the Eagle Square building, with an option to lease another 15,000 square feet, which is likely to be executed soon.

He added, “There is still plenty of additional space there, if we wanted to grow.”

The 192,000-square-foot industrial facility, which is owned by Bernstein Display, has sections dating to the Eagle Square operations in the early 19th century.

The business is associated with development of the first steel carpenter squares, which replaced wooden squares.

During the 1970s, the facility was a Stanley Tools factory, employing more than 600 people. Those operations were shut down in the early 2000s.

Somple said Bernstein Display, which manufactures mannequins and in-store displays for fashion retail, has maintained the facility well and also has a presence there.

Jonathan Cooper, community and economic development specialist with the Bennington County Regional Commission, said he also was impressed by the condition of the building during a tour in 2020.

“My expectation is that Mack also saw that the surprisingly large facility was very ready for active use,” Cooper said. “With the right workforce in the shop, it will be a great addition to our region’s advanced manufacturing footprint.”

“This is tremendous for the town of Shaftsbury — what we’ve been waiting for,” said Art Whitman, chairman of the town Select Board.