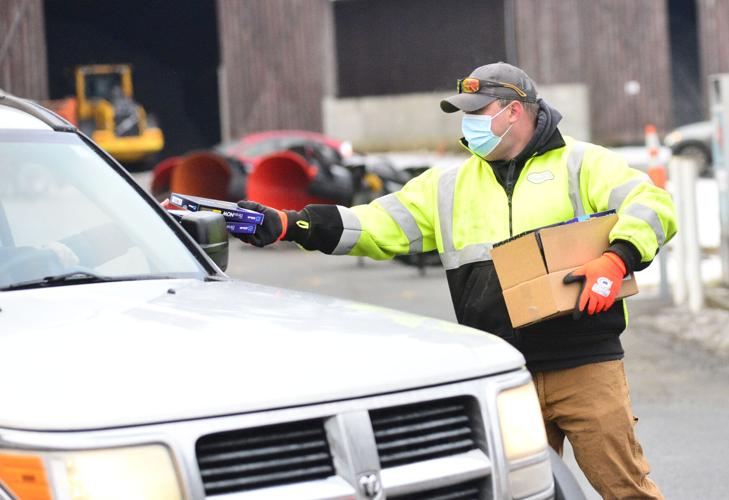 Employees for the Vermont Agency of Transportation District 2, in Dummerston, give out several hundred at-home COVID-19 testing kits on Dec. 29, 2021. 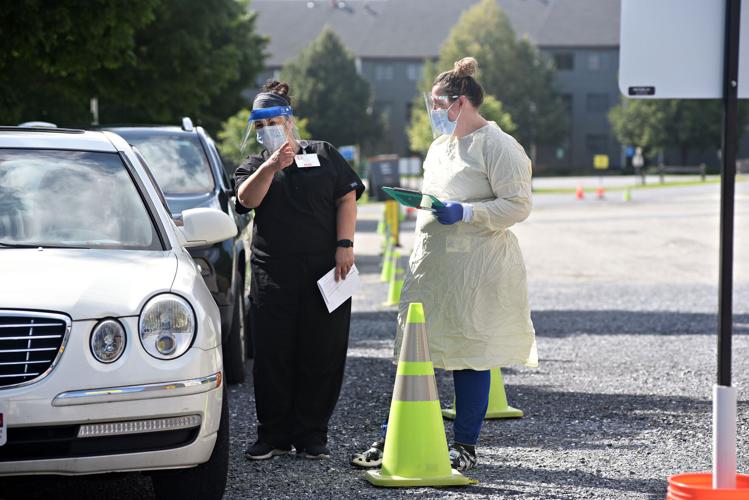 Employees for the Vermont Agency of Transportation District 2, in Dummerston, give out several hundred at-home COVID-19 testing kits on Dec. 29, 2021.

Vermont Health Commissioner Mark Levine said Tuesday’s state death toll of 499 due to COVID-19 — poised to hit the 500 mark — is “terrible and tragic.”

He noted that the count marks a two-year tally, adding, “Each death is yet another tragedy. As long as we have COVID, we will have deaths that will occur.”

Speaking on Vermont Public Radio, the commissioner also expressed concern with the increasing number of COVID patients filling hospital intensive care beds around the state. He said a record 116 people were hospitalized on Tuesday, 26 in ICU beds.

“We’ve been in the 90s to low 100s for most of the last week,” Levine said, adding that number is about 10 percent of all people hospitalized. “This is a higher number.”

Six of the COVID patients in ICUs are on ventilators, which he considers a manageable number.

“That has not been the challenge,” Levine said, recalling initial concerns that Vermont would experience — as have other states — a potential ventilator shortage. The state has been using other ways of treating respiratory distress, including using high-flow oxygen regimens. “We’ve just learned over time how to support people’s ventilation without necessarily having to put them on mechanical ventilation.”

He’s more concerned with the limited number of ICU beds currently available. “We also have (about) a dozen ICU beds available. We’re pushing the envelope, but not in a crisis of ICU beds.”

“It just verifies the fact that there are indeed a lot of people being admitted who don’t have COVID as their primary diagnosis.”

On a brighter note, Levine said the overall case-count has dipped in recent days. Well over 2,000 cases have been reported daily in recent weeks, but dipped in recent days. He cautioned that it’s hard to be certain these numbers are accurate, given the long holiday weekend. And, he said, the actual case count is probably four or five times higher because people testing positive with at-home rapid tests likely aren’t reporting those results to the Health Department.

The state reported 715 COVID cases on Tuesday, with an overall rate (percent of cases in past seven days) of 12.8 percent.

At-home tests have been difficult to obtain in Vermont and across the country. The Biden administration on Tuesday launched its website for Americans to request free at-home COVID-19 tests, a day before the site was scheduled to officially go online. The website, COVIDTests.gov, now includes a link for Americans to access an order form run by the U.S. Postal Service. People can order four at-home tests per residential address, to be delivered by the Postal Service. White House press secretary Jen Psaki said the website was in “beta testing” and operating at a “limited capacity” ahead of its official launch. The website will officially launch mid-morning Wednesday, Psaki said.

Asked about the limited supply of COVID treatment drugs, Levine said those should be reserved for people at serious risk of hospitalization, including those who are immunocompromised, in the elderly age range, or “any of the diagnoses that qualified them to get their vaccine ahead of others as a priority.”

On another issue that has been a public concern, Levine said anyone who ordered at-home tests kits, only to find them delivered and left on the front porch and frozen, should allow their kits to thaw gradually before using. “They should be fine.”

The Associated Press contributed to this report.