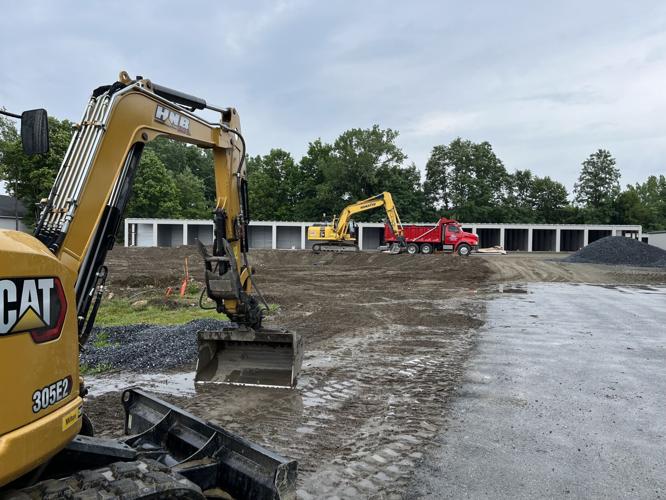 Construction is underway on a large-scale self-storage facility off Northside Drive. 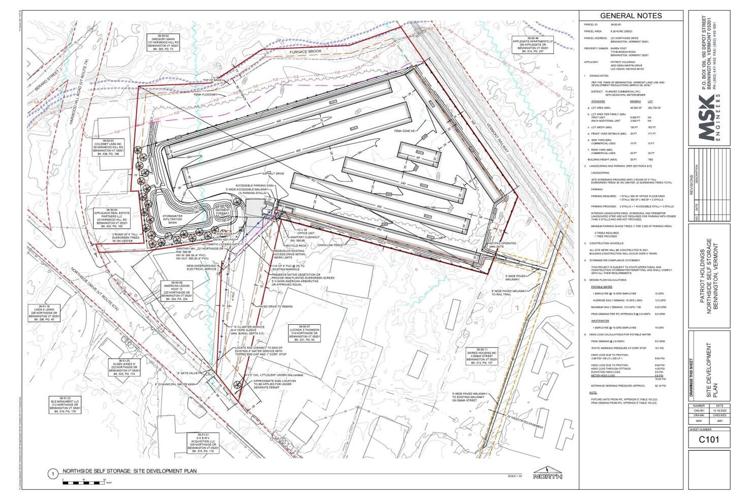 An image from the site plans submitted to Bennington planning officials last year for a 400-unit self-storage facility off Northside Drive.

Construction is underway on a large-scale self-storage facility off Northside Drive.

An image from the site plans submitted to Bennington planning officials last year for a 400-unit self-storage facility off Northside Drive.

BENNINGTON — A large-scale self-storage facility with about 400 units is under construction on the former drive-in movie site off Northside Drive.

The estimated $2.7 million project put forth by Patriot Holdings LLC, of Dean Martin Drive in Las Vegas, was approved by the town last year to have seven metal storage buildings of varying lengths and an office area.

The facility will encompass a total of some 61,400 square feet of space, according to site plans submitted to planning officials.

“We are shooting for an opening in mid- to late August,” said Tim Wilkins, the company’s managing member, on Wednesday.

Buildings on the site plan drawings are shown as 30 feet wide and from 80 to over 500 feet in length. They are arranged around the lot and the end of the entrance drive off Northside Drive. The self-storage buildings will be ash gray with charcoal gray doors.

Wilkins said last year that the entity that will purchase the land, develop the site and manage the facility is called All Purpose Storage Bennington LLC.

According to the All Purpose Storage.com website, the Keene, N.H., business operates “more than 65-plus self-storage facilities and manages over 2,300,000 square feet throughout New England and the Midwest.”

The company has partnered with Patriot Holdings since 2018.

The former drive-in, which closed in the early 1980s, was on a 6.26-acre parcel at 221 Northside Drive, abutting the Bennington Lanes and behind American Legion Post 13, at 225 Northside Drive.

The Bennington Drive-in Theatre operated from 1949 until the early 1980s, according to the website cinematreasures.org, and it had space for 368 vehicles.

In April 1982, then-town Zoning Administrator Stuart Hurd told the Banner that the original movie screen had been dismantled because it had become a structural hazard.