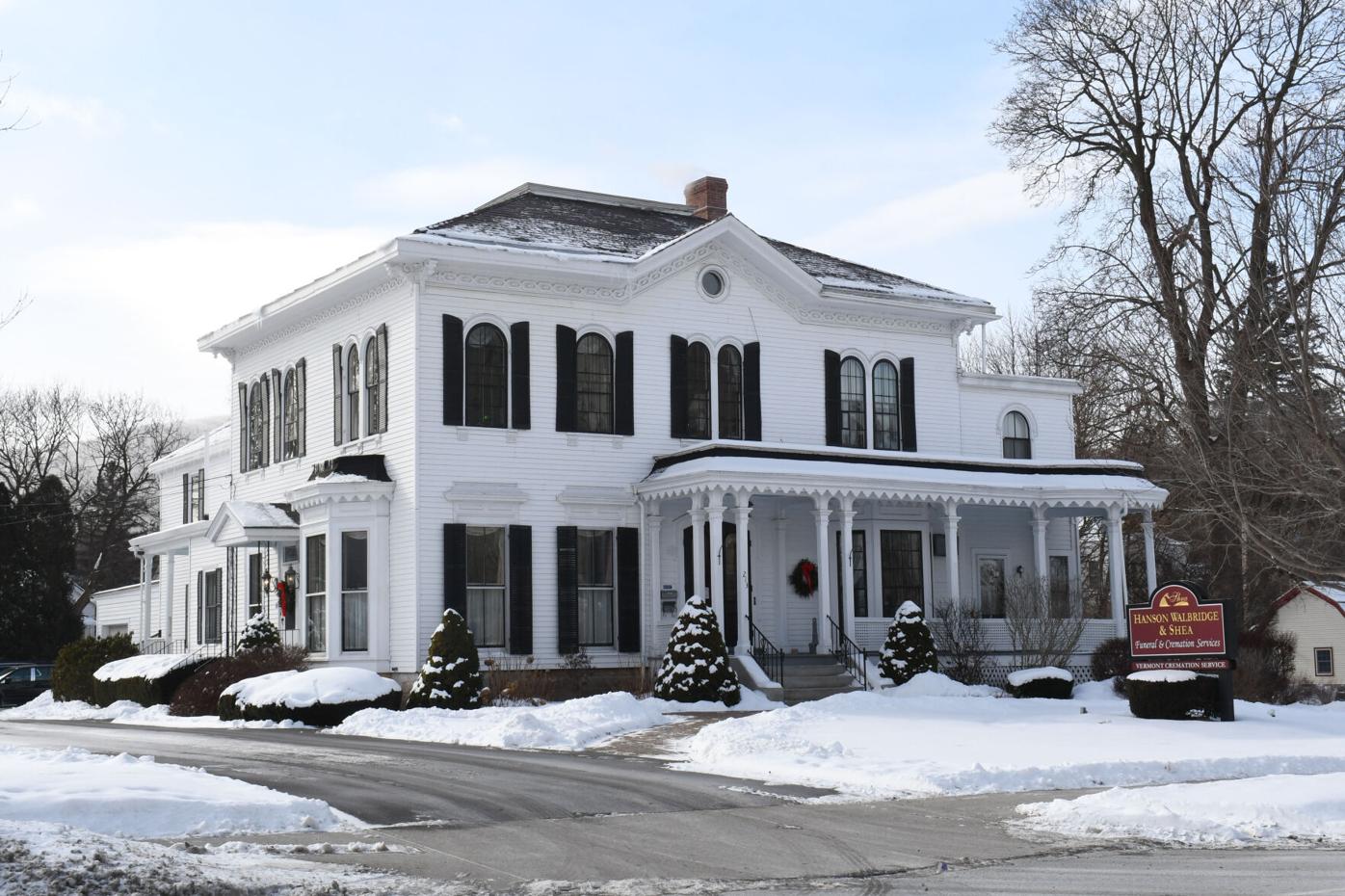 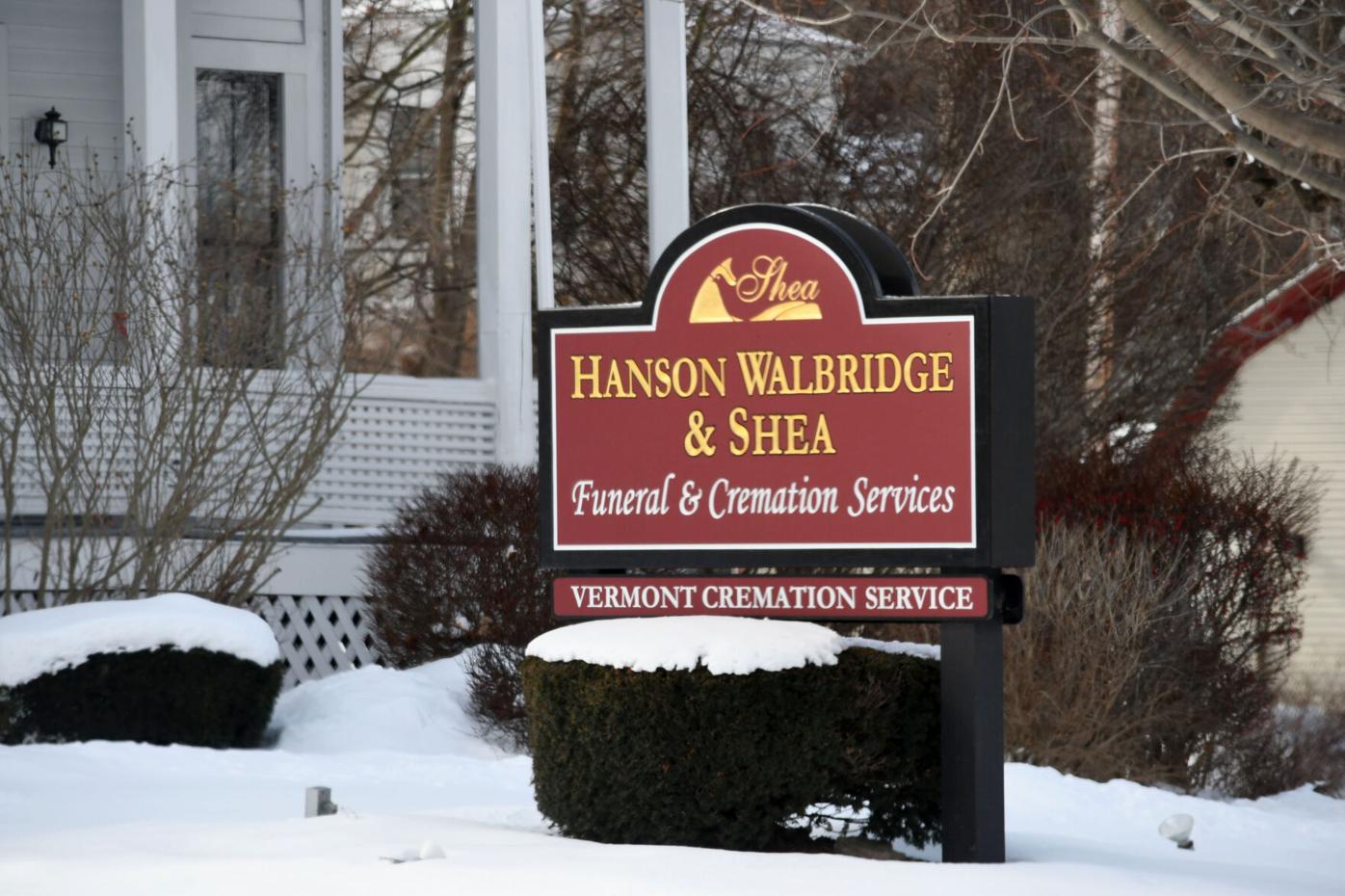 CRT LXII, LLC, is listed as selling the Dunkin’ properties to BAPA 209 Bennington RE, LLC.

The buyer’s limited liability corporation is listed as based in Horseheads, N.Y., in the southwestern part of the state. The CEO and president of BAPA Network, which owns multiple Dunkin’ franchises, is Manish Patel, according to the business website.

The new owners could not be reached this week for comment.

The selling limited liability corporation is associated with a group that also has owned hundreds of Dunkin’ franchises, including several in Berkshire County, Mass. Mark Cafua is listed as manager of Cafua Management, based in Methuen, Mass.

The historic, Victorian-era mansion that houses the Hanson Walbridge & Shea funeral businesses at 213 Main St., was sold on Jan. 21 to RFS Holdings, LLC, by Shea Funeral Homes Inc. for $600,000.

In addition, Shea Funeral Homes also sold its Manchester property, at 34 Park Place, for $400,000 to RFS Holdings, LLC, according to Assessor Gordon Black.

Also sold were the Shea property on Route 7A in Arlington and another home on East Main Street in Wilmington.

Shea is partnering with a funeral home group based in Georgia, Rollings Funeral Service.

The Wilmington property sold for $250,000 Jan. 14 to Laurtney, LLC, according to Assistant Town Clerk Patricia Johnson. Sale details for the Arlington property could not be obtained by press time.

He stressed that operation of the funeral homes and related services will continue as they have with the same staff members.

“I will be staying on as long as I want, until it is time to retire,” Shea said. “Everything will stay the same.”

He said the properties were sold to a funeral home group “that has the same standards we have” in the business, and the agreement represents some advance planning to ensure the business continues.

“We had an obligation to have a long-term plan,” he said, including for the benefit of the employees.

Shea declined to discuss further details of the ownership group at this time.

The Hanson Walbridge & Shea Funeral Home in Bennington represents the oldest continuously owned and operated business in the county, dating to 1884.

The house on Main Street dates to the Civil War era, having been completed in 1867, and it was later owned by prominent industrialist John S. Holden and his family through 1958, according to the Hanson Walbridge & Shea website.

At that time it was purchased by Dean Hanson, who moved an existing local funeral business to that location.

Founded in 1884 by J.E. Walbridge, the Walbridge Company service was first located at 525 Main St., according to the website. Following Walbridge’s death, the business continued under family members and was moved across the street to 500 Main St. in 1927.

In 1984 Robert Covey, a longtime affiliate of Hanson’s, assumed ownership of Hanson-Walbridge and operated it in conjunction with funeral homes in Manchester, Arlington and Wilmington.

Longtime employees Mark and Lisa Shea purchased the business in 2004 and have maintained the four locations, along with Vermont Cremation Service and Shea Monument Co.

Two small open lots at Valentine and Main streets were sold this month by Juliette Sleeman to Main & Valentine, LLC.

Main & Valentine, LLC, is owned by George Sleeman, who said Tuesday that he purchased the property from his late brother Richard’s daughter.

Sleeman also said he is in the process of transferring the lots to his sons, John, Daniel and Paul Sleeman, adding that they intend to make the property available for sale or lease.

Having the lots on the market “is really good news,” according to John Shanahan, executive director of the Better Bennington Corp., the downtown promotion entity. He said the availability could spur development, for additional parking or other business-related uses.

In another transaction, a business and residential property at 544-546 Main St. was sold this month, for $228,000 to Astrum, LLC, which also owns other downtown property, including the Harte Block at 400-418 Main St.

The seller was Lonergan & Thomas Inc., which has offices nearby at 550 Main St.

Gary Thomas, president of the company, said, “It was a piece of property that we’ve owned for years, and we felt it was time to sell it.”

Officials with Astrum, LLC, could not be reached for comment.