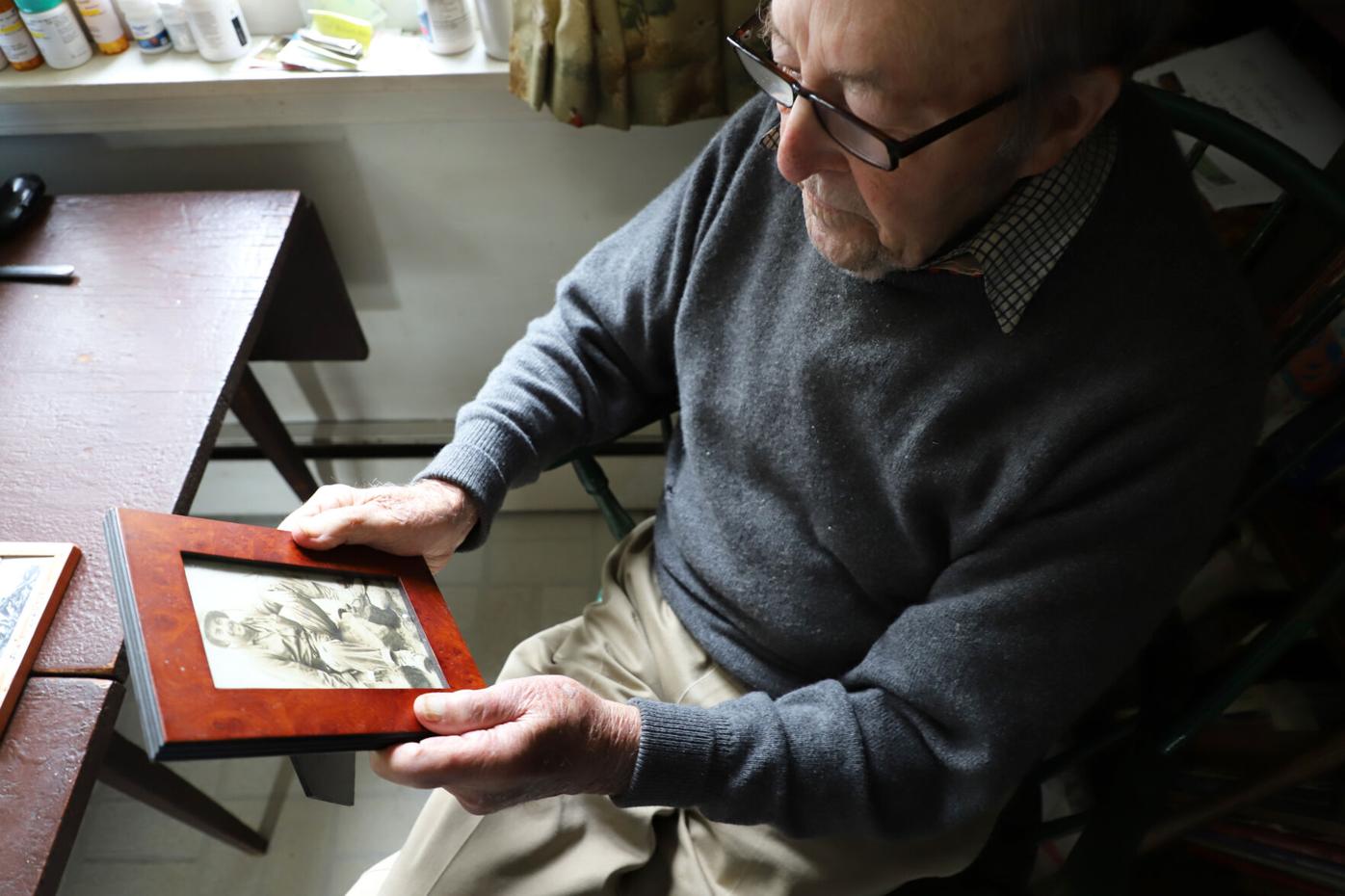 Gedeon LaCroix looks at a picture of himself from wartime. 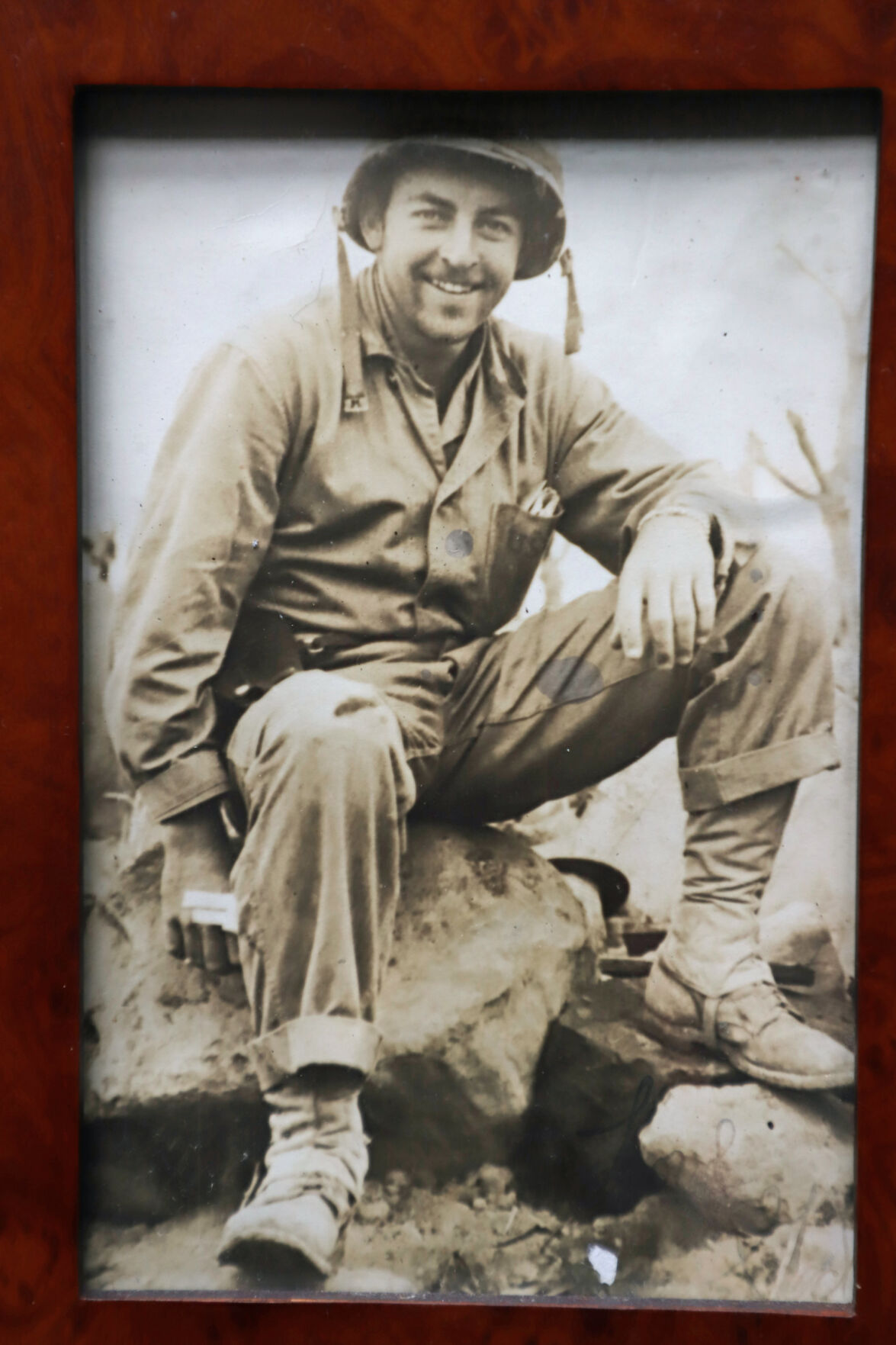 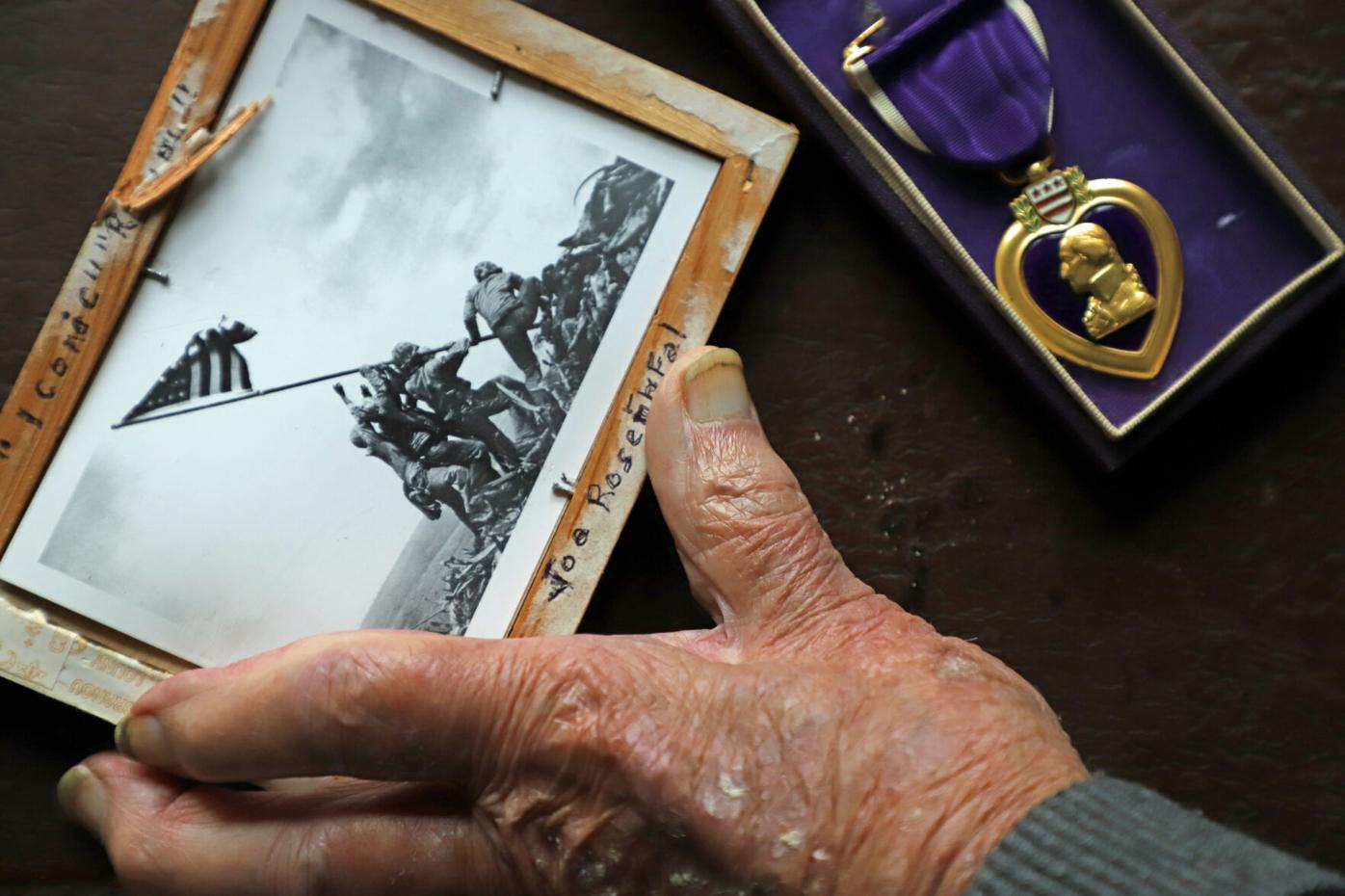 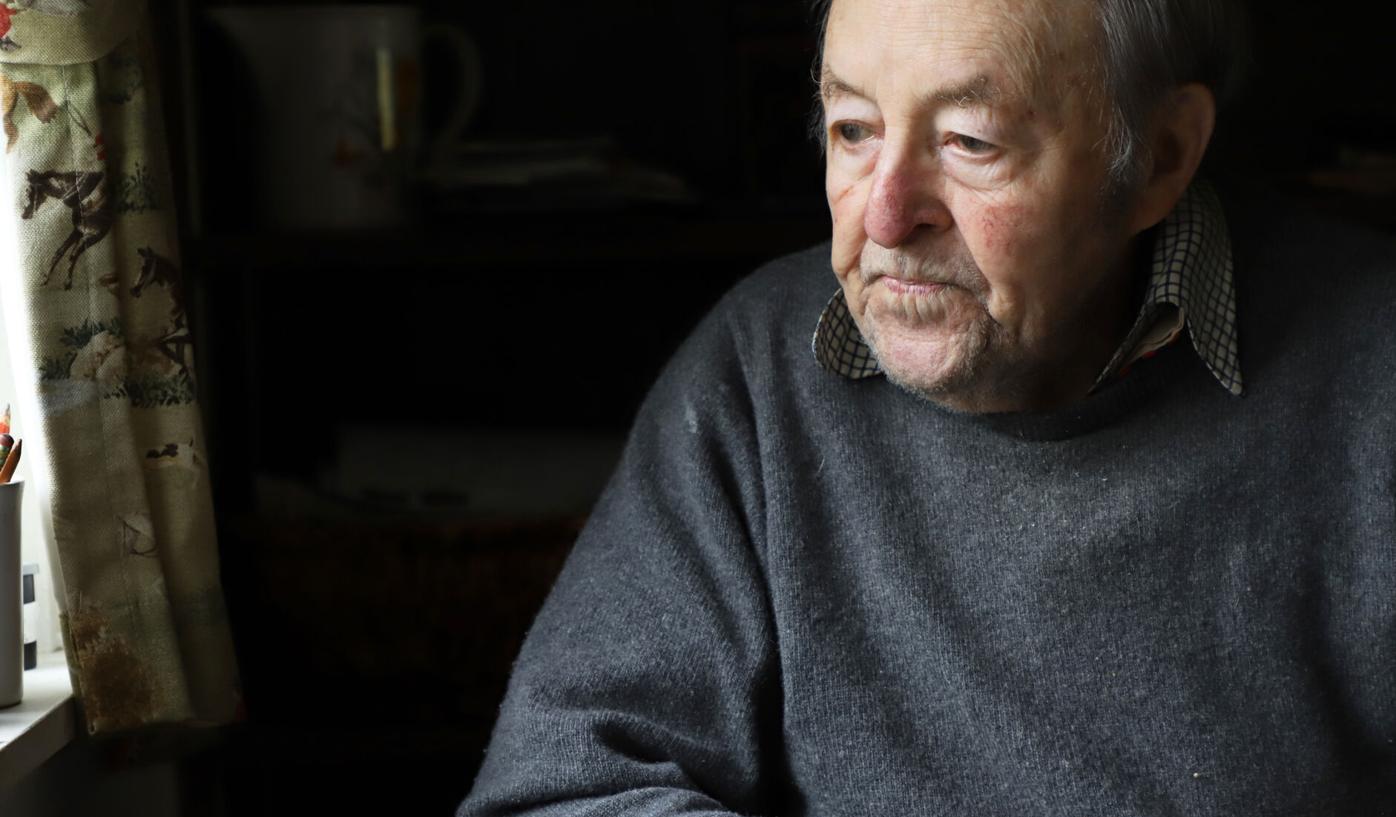 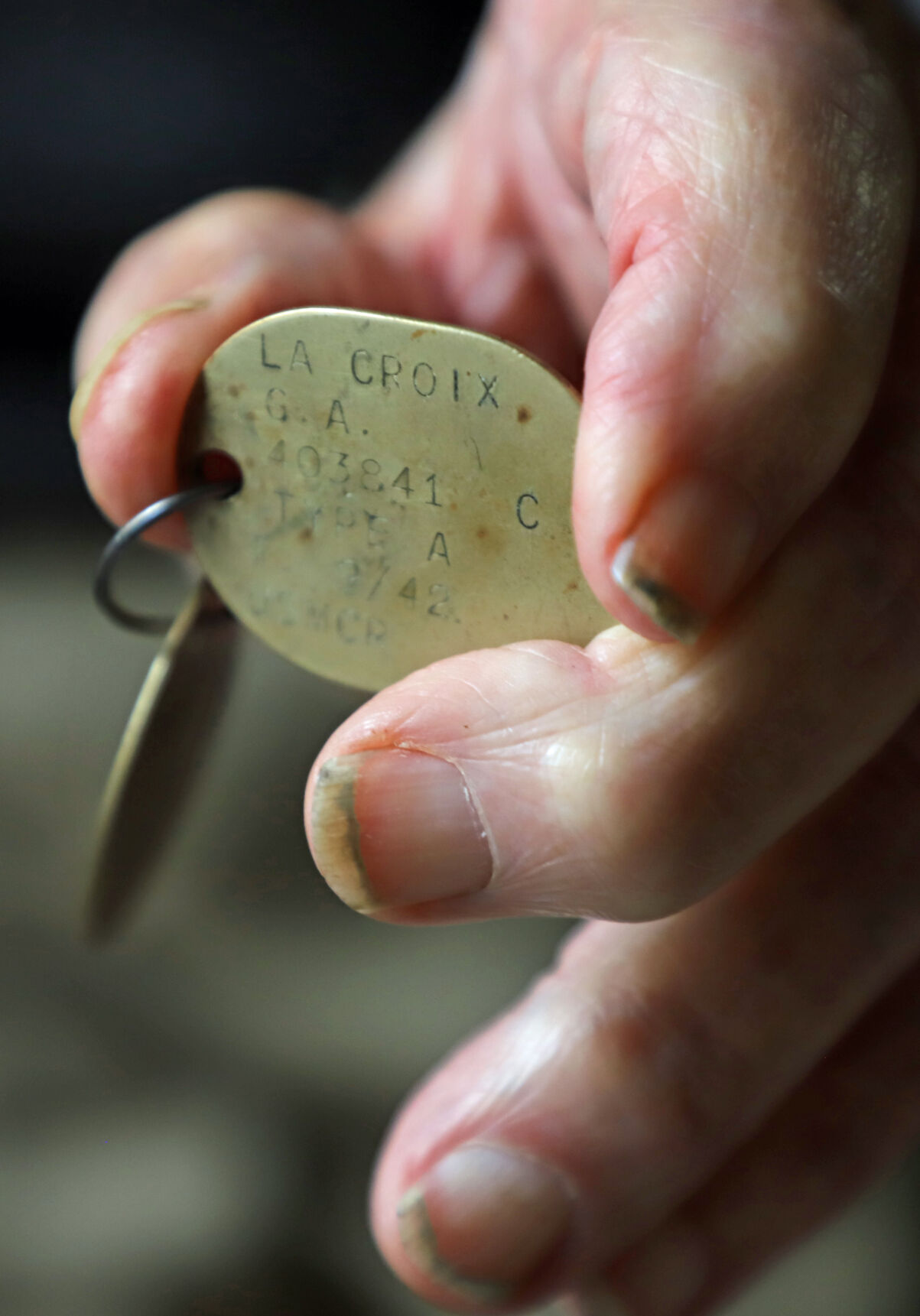 Gedeon LaCroix holds one of his military tags.

Gedeon LaCroix looks at a picture of himself from wartime.

Gedeon LaCroix holds one of his military tags.

At first glance, there is little in common among three residents of Bennington County: Gedeon LaCroix, Nate Boone and Kolby Wilkins. Gedeon turned 98 years old on Nov. 1, Nate is not far behind at 94, and Kolby is a young 19-year-old.

What does bind them is they all were, or continue to be, members of the United States armed forces. In speaking with the former two members, they wish nothing but the best for Kolby, now serving the beginning of a six-year enlistment as an airman first class with the U.S. Air Force.

Gedeon and Nate know what they mean when they wish Kolby nothing but the best. What they experienced some 75 years ago seems like light-years away and even more so to today’s young adult generation.

In early 1942, just weeks after Pearl Harbor’s attack, 19-year-old Gedeon of Bennington hitch-hiked from Burlington to Pittsfield, Mass., to enlist in the U.S. Marine Corps, along with his fellow Bennington buddy Billy Kearns (so different from how Kolby enlisted 78 years later). What transpired over the next three years created an unforgettable series of events for Gedeon.

Between the fall of 1942 and spring of 1945, Gedeon and his fellow Marines would see combat on the Japanese-held islands of Guadalcanal, Bougainville and Iwo Jima. To this day, Gedeon, when asked about the war, instantly recalls the two flag raisings on Iwo Jima’s Mount Suribachi, as well as the loss of nearly 7,000 of his fellow Marines. All within 34 days of landing and securing Iwo Jima.

Simultaneously, as the Pacific War raged on, 10,000 miles away, a Black high school track star from Englewood, N.J., wanted to do his part. Nate Boone enlisted into the Marines and, not unlike Gedeon, went south to the Carolinas for basic training. With one huge difference.

The color of Nate’s skin prevented him and 22,000 other Black enlisted young men from being trained at Parris Island or Camp Lejeune. Instead, he went to what was known as Montford Point, a snake-infested swamp area not far from Camp Lejeune.

Three years before Nate’s enlistment, President Franklin Roosevelt issued an Executive Order, allowing the Marine Corps to accept Black members. Since the Corps’ 1798 beginning, U.S. law prevented Black men from enlisting. Nate and his fellow Montford Point Marines (as they would later be known) were assigned to a segregated unit. This practice ended in 1949 when President Truman had the military cease discrimination based on race, but only race.

Today, Kolby Wilkins serves in a military that would be unfamiliar to Gedeon and Nate. The latter two never served in an all-volunteer military, nor with female or open LGBTQ+ combat leaders.

Kolby has another distinction that sets his service apart from Gedeon’s and Nate’s: He is among only one-half of just 1 percent of the U.S. population serving in the armed forces. Seventy five years ago, the percent stood closer to 15.

Unfortunately, each day we lose close to 1,500 members of what was known as the Greatest Generation.

We have to wait and see how today’s military will be described 75 years from now.

In the meantime, I am certain Gedeon and Nate will agree, Kolby serves in a better trained, equipped, paid, and more inclusive service than they did.

What is most reassuring and deeply appreciated is what Kolby and all veterans receive every day, not just on Veterans Day: “Thank you for your service.”

Don Keelan is a longtime Banner and Manchester Journal columnist, and proudly served in the U.S. Marine Corps.