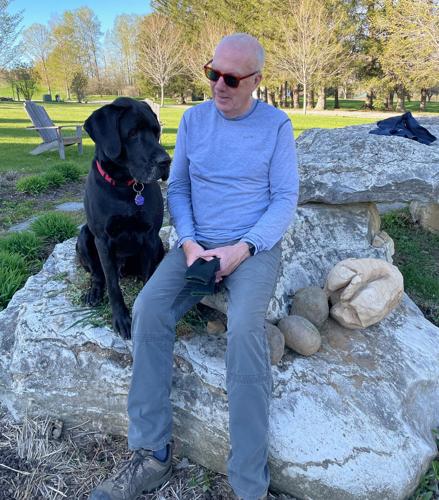 John Kennedy, seen in his garden with his dog Gus, was a long-time member of the Manchester Development Review Board. He passed away on June 19 after a short battle with a rare brain disorder. 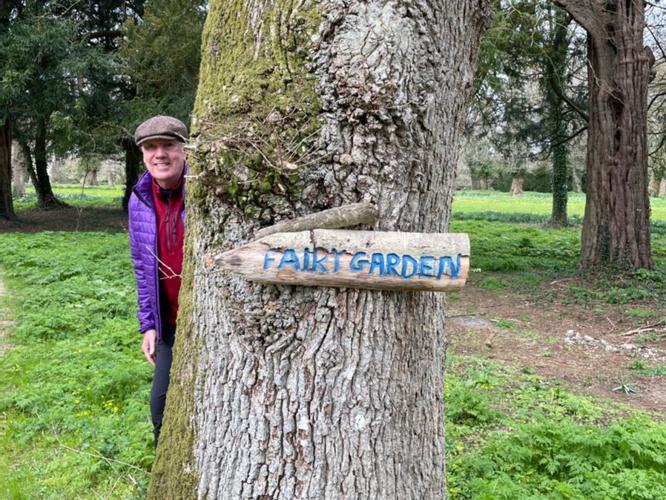 John Kennedy, seen on a recent trip to Ireland, had a keen sense of humor as well as curiosity that made him a great travel partner. A long-time member of the Manchester Development Review Board. He passed away on June 19 after a short battle with a rare brain disorder.

John Kennedy, seen in his garden with his dog Gus, was a long-time member of the Manchester Development Review Board. He passed away on June 19 after a short battle with a rare brain disorder.

John Kennedy, seen on a recent trip to Ireland, had a keen sense of humor as well as curiosity that made him a great travel partner. A long-time member of the Manchester Development Review Board. He passed away on June 19 after a short battle with a rare brain disorder.

MANCHESTER — Wherever he went and whatever he did, the late John Kennedy, for years a member of Manchester’s Development Review Board, brought his innate and endless sense of curiosity about the world around him, and showed that he cared about his adopted hometown.

That’s how family and colleagues are remembering Kennedy, who died June 19 after a brief illness. He was 72, and passed away after a short battle with Creutzfeldt-Jakob Disease, a rare, fatal degenerative brain disorder.

The Manchester Select Board plans to honor Kennedy with a formal resolution when it begins its meeting tonight at 7 at the Kilburn meeting room at Town Hall. The meeting can also be viewed over the Zoom online conferencing platform, via the town website. Members of Kennedy’s family are expected to attend.

“John was a guy who was curious about everything,” Jane Kennedy said of her late husband of 44 years on Monday. “He loved and collected antique books. He loved music. He loved the outdoors, hiking, snowshoeing, anything that took him outdoors — and working around the property.”

He was also a voracious reader and an explorer on the couple’s many trips together.

“We traveled a lot and when we’d go somewhere it was always better. He’d never take anything at face value,” she said. “He’d say, ‘let’s try that path over there.’ It would always end in a better experience.”

That curiosity also made him a valuable member of the Development Review Board, chair Tim Waker and town Planning and Zoning Director Janet Hurley said.

“He was a really great guy,” Waker said Monday of Kennedy. “He was levelheaded and always brought a lot of thought to the cases — he got us all thinking about different things we might not have through about.”

Fellow Development Review Board member Ray Ferrarin said Kennedy “had very good input and insight on the cases before the board ... and was also tuned into the broader issues of the important aspects of the town plan.”

“To boot he had a great sense of humor,” Ferrarin said. “I enjoyed working with him. He will be missed.”

Kennedy was particularly strong on issues having to do with protecting the environment and respecting the town’s historic character, Waker and Hurley said.

“He was very friendly, very personable … he loved talking with people, and he was out there trying to make things work for everybody,” Waker said.

Hurley and Town Manager John O’Keefe noted that when it was Kennedy’s turn to take up building projects in town — the redevelopment of buildings in the Depot district — he did so with respect for the neighborhood’s history.

Kennedy “walked the walk” and “maintained the character of the neighborhood,” O’Keefe said. “He made lasting contributions to the community, and he was taken from us far too soon.”

Born Dec. 11, 1949 in Naugatuck, Connecticut, John Kennedy graduated from what was then Bentley College, earned a master’s in public administration from St. Michael’s College in Colchester and worked in the financial services industry, later going into business for himself. He met his wife when they were both working at an aerospace company in Vergennes, now owned by Raytheon Technologies.

The couple lived in Connecticut, New Jersey, Pennsylvania and China for five years, but had settled upon Manchester as a second home, and eventual permanent home, in 2001.

“We lived in Waltham, Vermont, population 354, and we were always the outsiders,” Jane Kennedy explained. “We knew if we came here we wouldn’t have to be an outsider. We wanted a place family and friends would want to come visit us … we never imagined our children would settle here. It was a happy consequence.”

Having settled here permanently, John Kennedy wanted to know what was going on, and see if he could help, Jane Kennedy said.

“He was interested and curious and wanted to make a contribution, and he was concerned he didn’t have a background in architecture or engineering … but he was happy to try. “

How Kennedy came to be affected by Creutzfeldt-Jakob disease isn’t known. His brain is being studied at Case Western Reserve University in Cleveland, Jane Kennedy said.

“It’s a huge mystery and hugely rare,” she said.

The couple were traveling in Ireland in March and April, and “he drove around the entire country for two weeks with a left-handed stick shift. So it really struck with lightning speed,” Jane Kennedy said. Even so, he was asking questions of his doctors and caregivers at the hospitals where he was being treated, until the disease made that impossible.

In addition to his wife Jane, Kennedy is survived by a daughter, Anne and son-in-law James Dykstra, a son, Reed, and daughter-in-law Kristen, and grandchildren Clementine, Jude, Beatrix, Rose, and Daisy Dykstra and Andie Hadeka. He is also survived by his brother George Kennedy and his wife Chris, as well as many friends.

“I thought we led small lives. People have come out of the woodwork, from our lives and all over the world. It’s been so touching,” Jane Kennedy said. “People he met, even in the state he was in, he made an impression — it’s lifting us up and keeping us going.”

A memorial service will be held at the family home at Upson Knolls on July 30. In lieu of flowers, donations may be made to the Vermont Campership Fund at vtcampership.org.