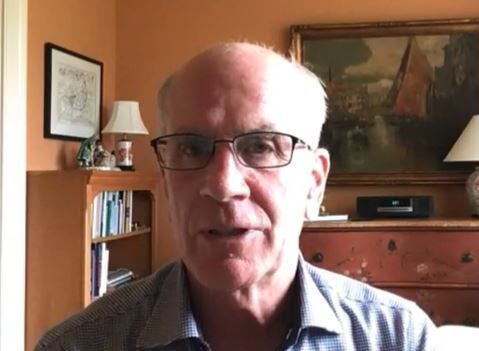 U.S. Rep. Peter Welch, D-Vt., was the keynote speaker during an online ceremony Thursday to mark Bennington’s official designation as an Appalachian Trail Community. The town became the 49th community along the 2,193.1-mile hiking trail, which passes through 14 states from Georgia to Maine, to win the designation. 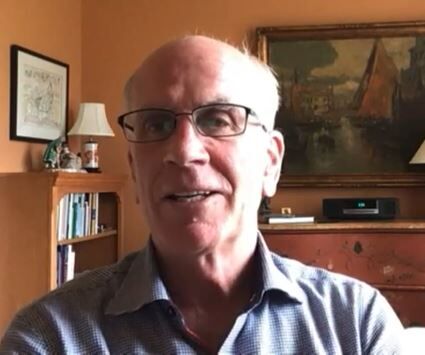 U.S. Rep. Peter Welch, D-Vt., was the keynote speaker during an online ceremony Thursday to mark Bennington’s official designation as an Appalachian Trail Community. The town became the 49th community along the 2,193.1-mile hiking trail, which passes through 14 states from Georgia to Maine, to win the designation.

BENNINGTON – The town’s designation as the 49th Appalachian Trail Community along the 2,193.1-mile hiking trail became official Thursday evening during an online ceremony.

Keynote speaker U.S. Rep. Peter Welch, D-Vt., congratulated the local committee that worked since the fall of 2019 with the Appalachian Trail Conservancy, which oversees the trail community program; representatives from the Green Mountain Club, which maintains the trail and Vermont’s Long Trail; the National Park Service, the Green Mountain National Forest, local officials and others to secure the designation.

“All of you have been A.T. champions,” Welch said.

A resident of Norwich, which along with Manchester holds the state's other trail community designations, Welch said he lives close to a trail access and has hiked several trail sections, including last summer.

Speaking of the agencies, organizations and communities that work in partnership to benefit the Appalachian Trail, he said he’s been "grateful to walk on the trail and enjoy nature, but to observe how much care was provided by people I never saw to maintain these trails.”

Speaking to those in the meeting involved with those efforts, he added, “I want you to know I am a grateful beneficiary of all the time that you put into it.”

Working to obtain the designation shows that Bennington understands how hiking and other forms of outdoor recreation are associated with “the well-being of its citizens and the economy of its community,” Welch said. “They really go hand in hand.”

The town expects to benefit economically from the national and international exposure the designation brings – which will soon be proclaimed in new trail community signage, according to Jonah Spivak, a member of the local trail committee, who displayed one of the signs during the ceremony.

Both Select Board Chairwoman Jeannie Jenkins and Hawk Metheny, the trail conservancy’s senior regional director, made the designation official when they both read and signed a proclamation to that effect.

Jenkins said the town already has a long history of unofficially supporting hikers passing through the area -- offering information, food, hot showers and temporary storage of packs; information about historic and other attractions, as well as overnight lodging.

The designation now makes that work official and will “literally put us on the map,” she said, both helping the local economy and encouraging interest in hiking and the outdoors among area residents.

Outdoor recreation “is important to Bennington, and this really brings that to the forefront,” Jenkins said, adding that the town “is really appreciative of the work of so many here today to make Bennington the newest A.T. community.”

A listing of local services for thru-hikers is one of the requirements of obtaining the designation. Trail communities also are listed nationally by the conservancy and on other Appalachian Trail or hiking websites, and in newsletters, brochures or other publications.

Another requirement of a trail community is to hold an annual event to promote the trail, hiking, and also volunteering to maintain the trail. Like the designation ceremony, that annual event was affected by COVID-19 social distancing restrictions but will be held in the future.

Jonah Spivak, a founding member of the Bennington trail committee, said he thought it indicative of the state and the community that the effort to gain A.T. Trail designation persevered through the worst months of the pandemic.

Barnes spoke about the partnerships that have developed over the years among the Green Mountain Club, the Green Mountain National Forest and U.S. Forest Service; the Park Service and other entities and communities to protect the A.T. and manage its trails, shelters, privies and other features.

DeBonis said Bennington’s efforts and recent investments relating to the Appalachian Trail and the Long Trail “place it on the leading edge of communities proactively engaging the next generation of hikers and trail stewards” and is “fully deserving of A.T. Trail Community status.”

Speakers also noted that this year is the 100th anniversary of an article written in 1921 by conservationist and forester Benton MacKaye, proposing the creation of an Appalachian mountain trail.

The conservancy’s A.T. Community program is designed to recognize communities that help promote and protect the trail. The program supports regional collaboration to expand outdoor recreation economies while amplifying stewardship opportunities to protect the trail and adjacent lands.

Metheny said the conservancy was founded in 1925 by volunteers and federal officials working to build a continuous footpath along the Appalachian mountains, which now passes through 14 states including 150 miles in Vermont.

He said MacKaye’s vision for the Appalachian Trail grew from an inspiration he had while hiking on the Long Trail in the Northshire, leading to the publication of his idea in 1921.

The trail, the longest hiking-only footpath in the world, is a unit of the National Park System. There are more than 3 million visitors to the trail annually, Metheny said.