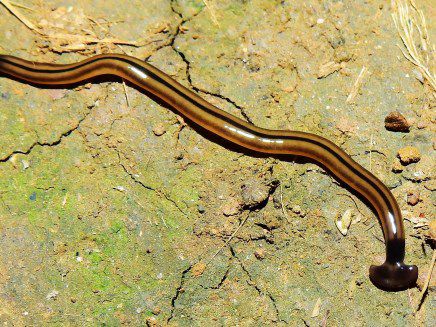 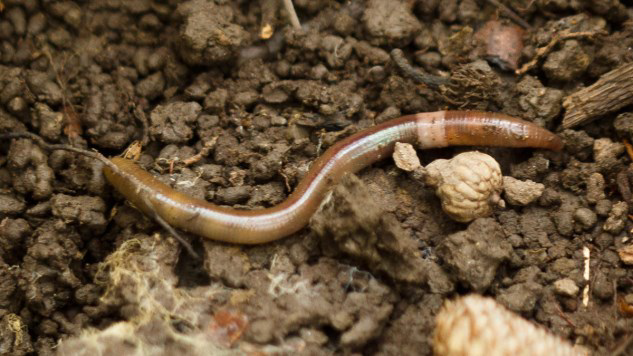 BENNINGTON — A couple of nasty invasive species have wormed their way into Bennington County, the Regional Commission reported in its monthly newsletter.

The notice puts a BOLO out for hammerhead worms and for snake worms, both of which could negatively affect the local environment.

Hammerhead worms, featuring a head similar to that of a hammerhead shark, have recently been found in Bennington County.

“They are venomous, so do not touch (use gloves to handle if necessary),” the newsletter warns, adding, “The worms regenerate from fragments if they break into parts, so it’s recommended to dissolve them in vinegar.”

Sightings can be reported to the state Agency of Natural Resources invasive species program.

“BCRC is interested in all manner of regional issues, including creepy sounding worms,” said Executive Director Jim Sullivan, when asked about the warning notice. “Certainly gives me something to think about when I go out to dig up my potatoes.”

Other disquieting facts about the hammerheads, which are native to Southeast Asia but have been in the U.S. since about 1980, include that they aggressively feed on earthworms. And those common worms play a major role in aerating and fertilizing soil.

The hammerhead has a flattened body and can extend from 8 to 15 inches in length.

Another invasive, snake worms, “are earthworms in a group called pheretimoids,” according to the newsletter.

“The three species currently of concern in the northeastern U.S. are Amynthas agrestis, Amynthas tokioensis, and Metaphire hilgendorfi,” the notice states. “Snake worms were introduced with plant material from Japan and Korea.”

When these worms, which also known as jumping worms, invade forests, they modify the forest floor by consuming the organic material.

“Their activity suppresses the understory, including saplings. They reduce plant biodiversity and also have negative effects on salamanders and ground nesting birds,” the notice says.

The worm’s “effects on the sustainability of forest stands are currently difficult to assess because the regeneration in invaded forests will take several decades to play out.”

Snake worms have been found in all states throughout the Northeast.

“Although they have only been recorded by scientists for a few sites, gardeners and landscapers are becoming more aware and frequently find them in gardens and parks,” according to the newsletter. “They love any kind of organic matter and spread through horticultural materials (plants, mulches and composts).”

Snake worm sightings can be reported to University of Vermont professor Josef Gorres, at jgorres@uvm.edu.