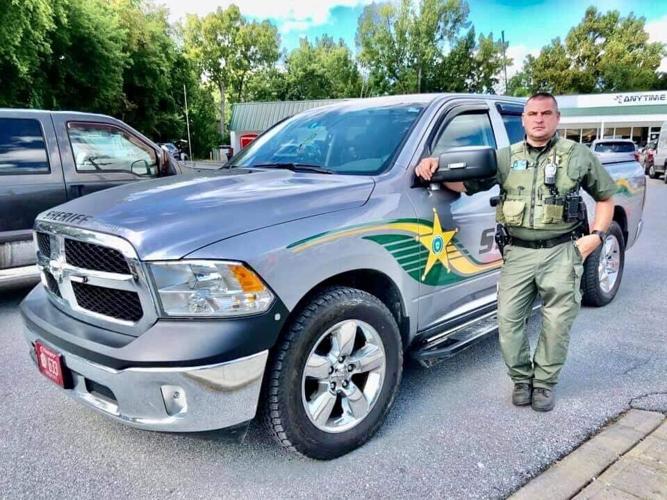 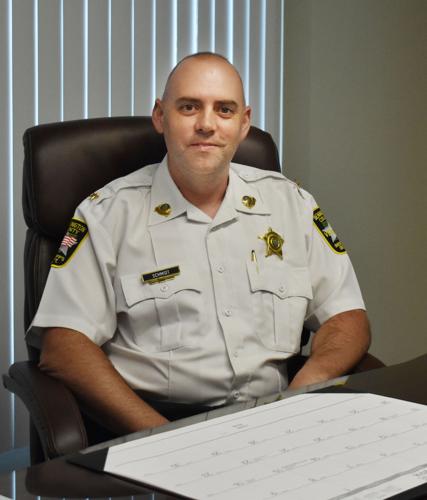 Bennington County Sheriff Chad Schmidt said Tuesday he is not running for reelection to a fourth term.

Bennington County Sheriff Chad Schmidt said Tuesday he is not running for reelection to a fourth term.

BENNINGTON — Bennington County Sheriff Chad Schmidt said Tuesday that he will not seek reelection to the office he has held for nearly 14 years.

“I will have 28 years in law enforcement at the conclusion of this term, and almost 14 as sheriff,” Schmidt said in an email. “The department has advanced significantly since I took over, and I am proud of the accomplishments we have achieved over the years. From instituting the safe ride program, prescription drug take back program, to purchasing a forever home for the department on Route 7 in Bennington, I’ve had a great career, and I am thankful for all the success over the years.”

He added, “I have decided it is time for me to pass the reins on to someone else who can build upon the success and bring their own ideas, priorities and enthusiasm to the position. The county deserves that.”

With Schmidt not running for another term, Lt. Joel Howard said he will run for the office now held by his boss.

“I would never be running if he was,” Howard said.

Prior to his years as sheriff, Schmidt served with the department for many years in multiple roles, beginning as a part-time deputy in 1994.

“I’m excited that Lt. Howard is willing to accept the challenges of the position,” Schmidt said, “and I fully endorse him in that pursuit, and wish him and his team the best of luck. The position of sheriff is unlike any other in law enforcement. You must be well-versed in the internal operations of the department to be successful. An internal candidate is the most versed in the day to day operations, aware of the challenges the agency faces, and most likely to succeed.”

Schmidt said he plans to move to the South, where his family owns property in Tennessee, after his term.

“The future for me involves relocating down South to be with my family,” he said. “I will be forever grateful for the overwhelming support I have been given by the community over the years. ... I would like to thank my family for their sacrifices and support over the years while I’ve served this community as sheriff.”

“A lot of people wanted me to [run],” Howard said, adding that employees in the Sheriff’s Department have shown support for his effort.

Howard said he has worked to maintain a reputation of being “pretty straight” and even-handed with people in law enforcement and in the community.

He said in a written statement that he shares “the same dedication as many other Vermonters to hard work, clean streets and freedom to make the choices that are best for one’s own family, property and livelihood.”

He has served in law enforcement for 17 years in numerous positions, he said, and previously served the town for 20 years as a volunteer firefighter, including seven years as the Pownal Valley Fire Department chief, while also serving with the town rescue squad.

Among the biggest issues facing the department are drug trafficking and dealing with members of the public exhibiting mental health issues, Howard said.

“We cannot arrest our way out of it,” he said of heroin trafficking, adding that solutions to drug and addiction problems “will take the support of the entire community.”

In addition, he believes “we need to come back to education,” such as through the D.A.R.E. program for students.

“Mental health is one of the biggest issues I want to work on, and community policing,” he said.

Howard said in his statement that he has “never experienced a time like the present where an unlimited supply of drugs has infiltrated our streets. We are witnessing permanent harm to many residents and the ongoing destruction the drug trade does to families who choose to call this area home.”

If elected sheriff, he said he intends “to increase educational campaigns regarding the harms of opioid use, continue training staff to maximize response efforts, work with community partners to identify vulnerabilities that the Sheriff’s Department can address, and ultimately, partner with other law enforcement agencies to create a new, bold strategy to fight the war that continues waging on our streets and in many of our homes.”

Howard served for four years as a patrol deputy with the Sheriff’s Department, was promoted to sergeant in 2011, to staff sergeant in 2015 and to lieutenant in 2018.

In addition to training at the Vermont Police Academy and other Vermont Criminal Justice Training Council training, he received an associate’s degree in criminal justice in 2021 from Columbia Southern University.

Howard said he and his wife, Clara, have raised six children and have seven grandchildren.

BENNINGTON — Beau Alexander plans to bring significant change to the Bennington County Sheriff’s Department if he is elected to the post this fall.