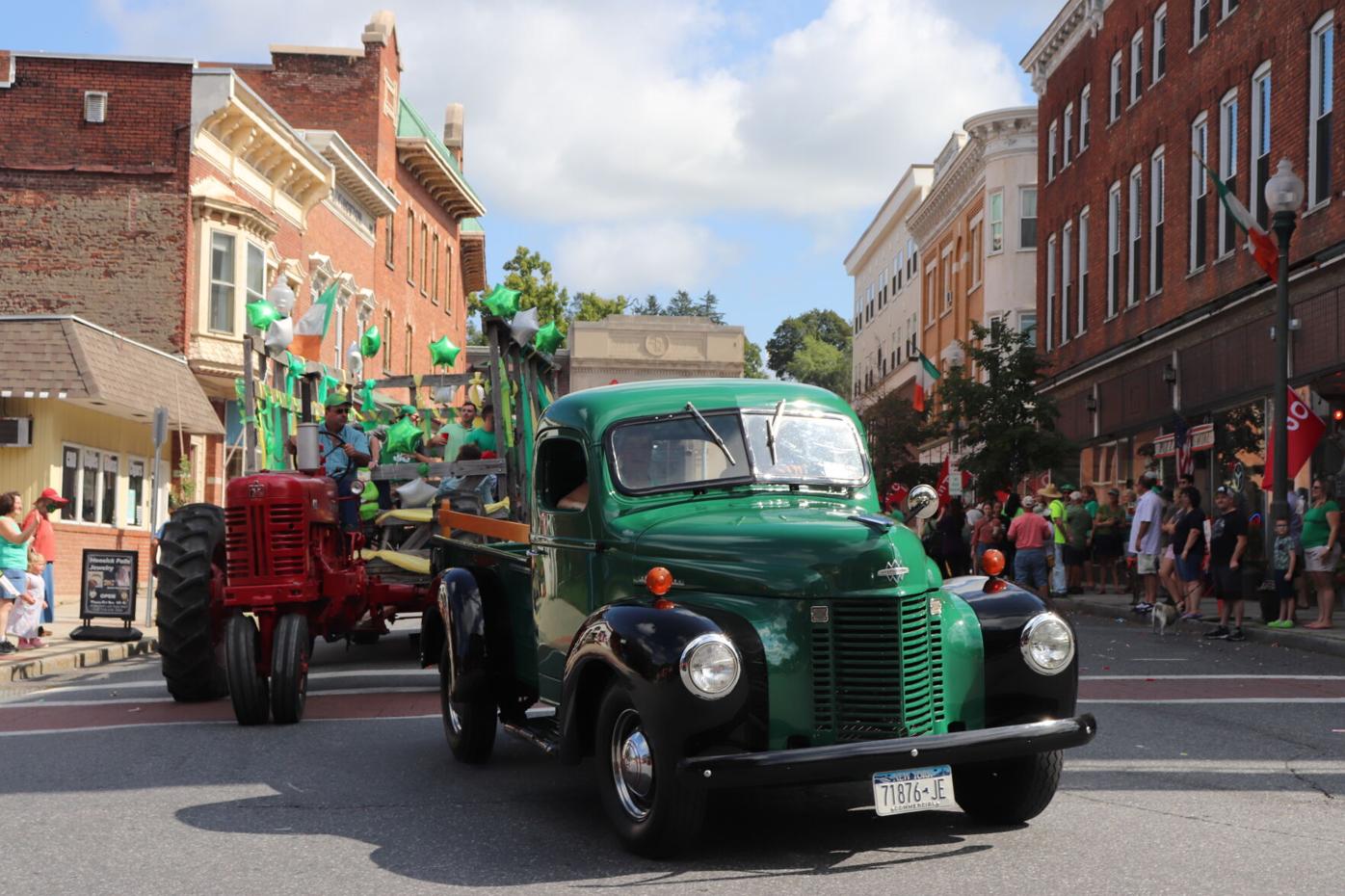 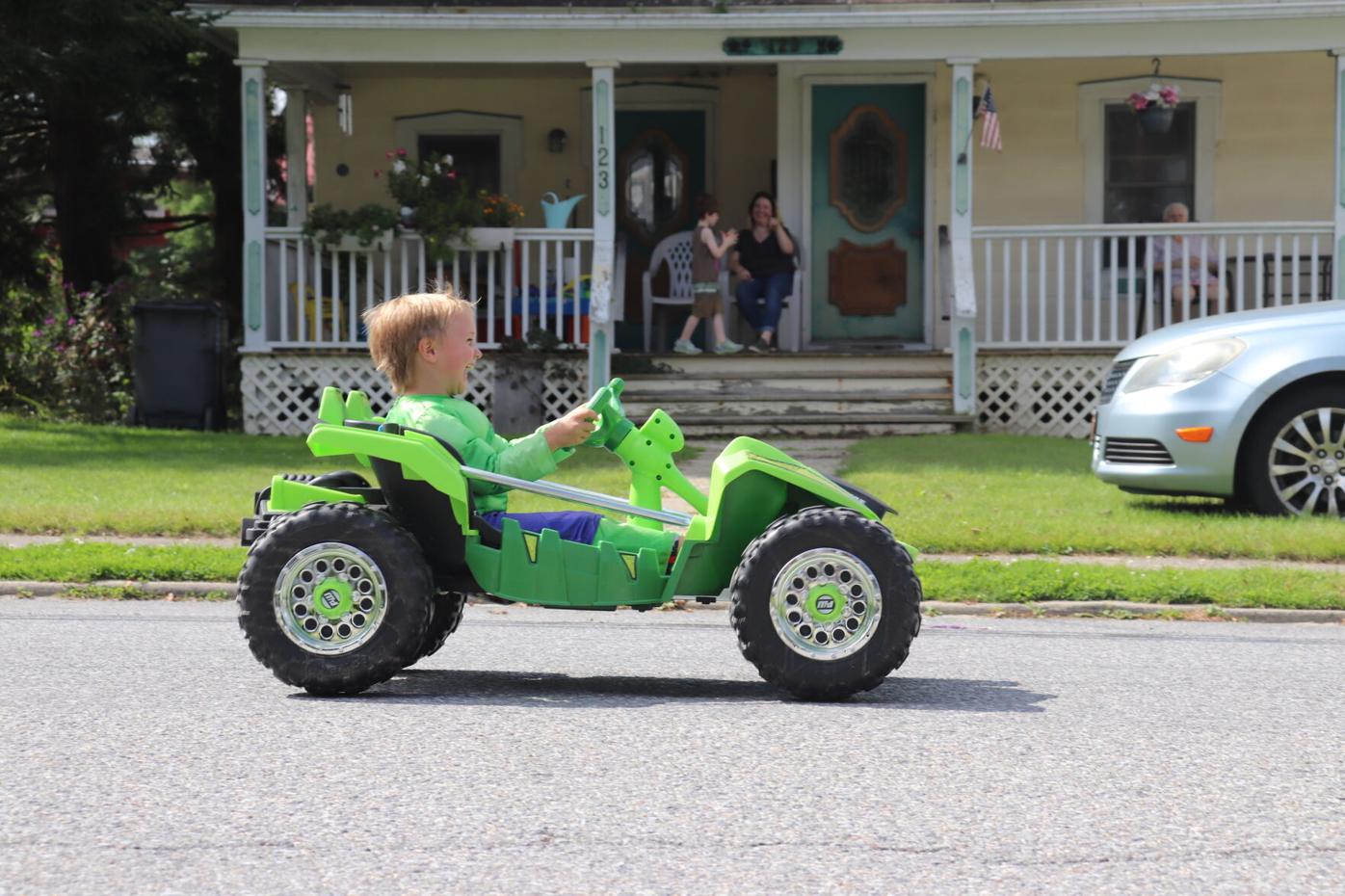 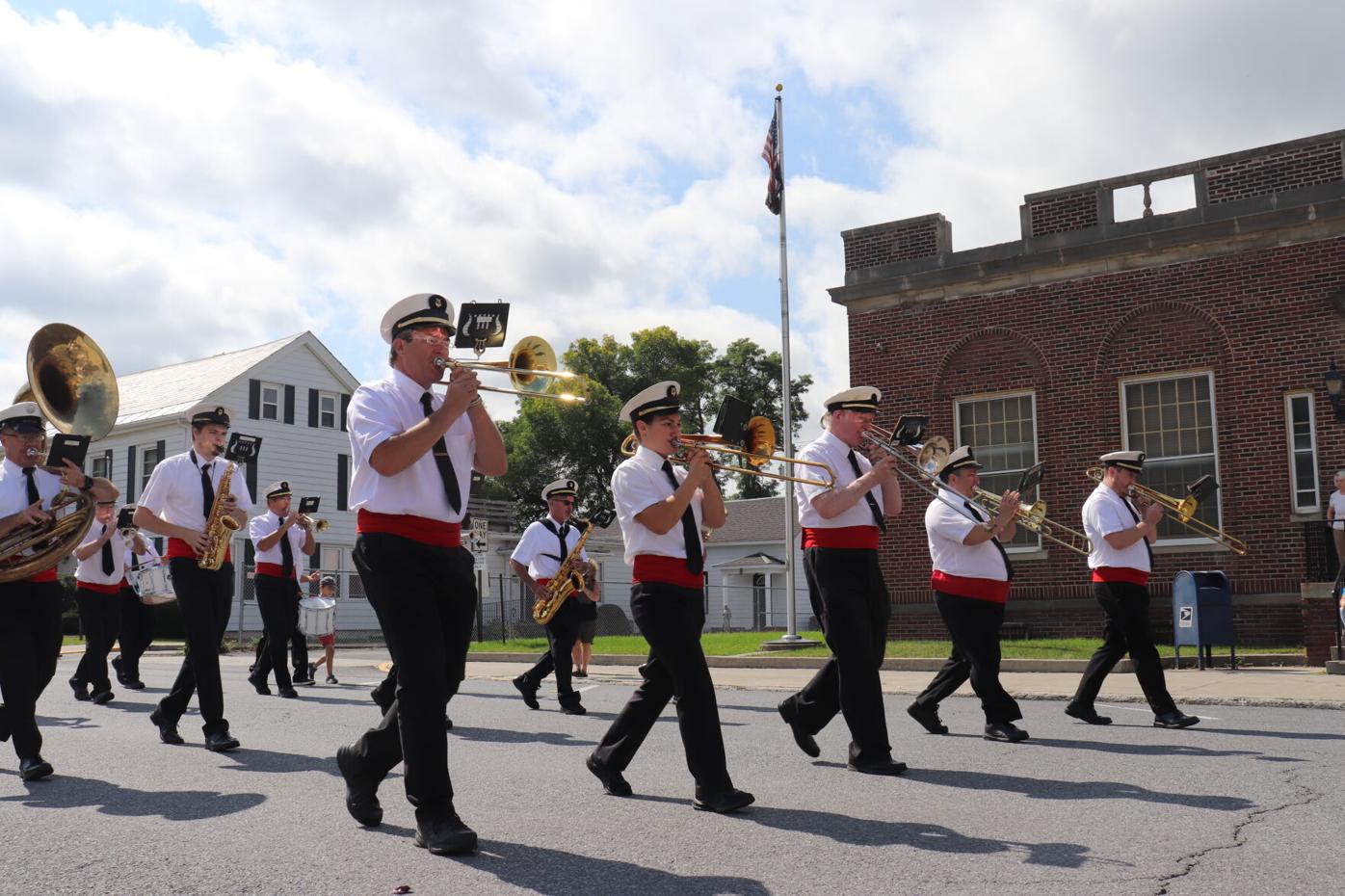 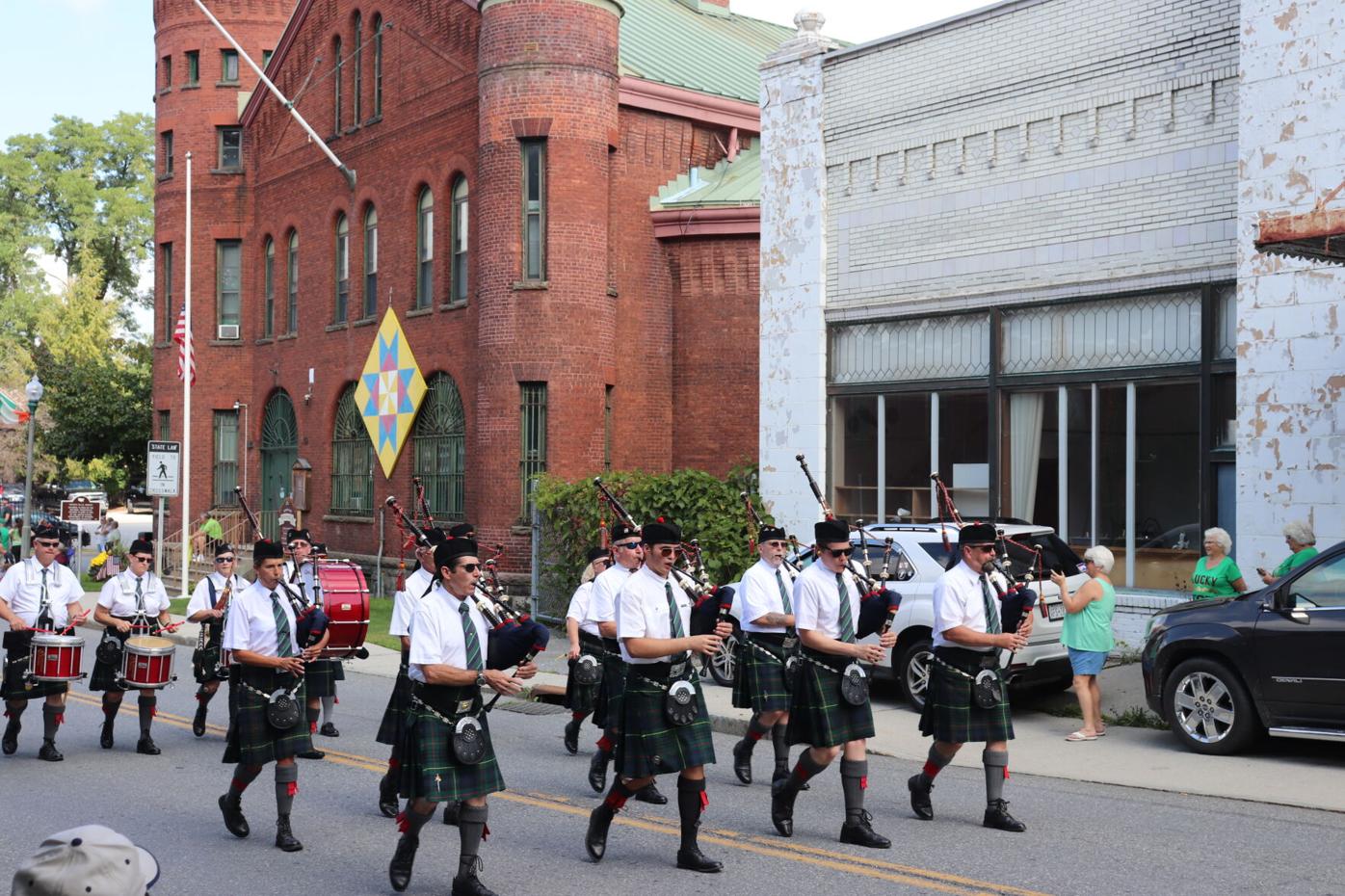 HOOSICK FALLS, N.Y. — Six months was too long a wait to celebrate St. Patrick’s day for residents of the New York village.

Firetrucks, floats, and at least eight musical ensembles wound their way through a Main St., John St. and Church St. route at 1 p.m. on Saturday.

The event was hosted by the Hoosick Falls St. Patrick Day Parade Committee. Member Peggy O’Neil Hansen shared about the event: “It started with Mike Shiland and Carmody— TJ Carmody— 30 years ago,” she explained.

“We’ve been very busy for months,” she said, gesturing around a packed Wood Park, where an Irish Festival featuring a live band in the gazebo began before the parade and continued after.

The St. Patty’s Day parade is a beloved Hoosick Falls tradition, and due to COVID-19, the 2020 and 2021 parades were cancelled. The event reclaimed those celebrations.

Marching bands from Mechanicville and Albany made an appearance, not tied up with their own communities’ celebrations as they might be on a normal St. Patrick’s Day.

The eateries in town got in on the fun. Unihog — a local barbecue joint — served corned beef brisket and cabbage, Reuben sandwiches and shepherd’s pie in honor of the occasion. Musical group Oobleck played live music at the Center Street location beginning at 2 p.m.

The Bistro 42 food truck added a French flair to the Irish Festival.

It was a good opportunity for the vendors invited to Wood Park — and even the businesses in Hoosick Falls that didn’t make an appearance there.

“St. Patrick’s Day has typically been one of the biggest days of business for bars in the area,” said Gorgas.

Cambridge, N.Y.-based The Men o’War Balladeers also offered live music an hour after the parade, playing maritime and Celtic tunes with The Lois Miller Museum as their venue.

Co-owner of Unihog Sarah Gorgas spoke on the event, describing community disappointment at the cancelled parades. “They felt deprived,” she said. “This was a way to gain back at least one of the years that were lost.”

Parade committee member O’Neil Hansen assured the Banner that despite the Half-way Hooley, the 31st St. Patrick’s Day parade is still slotted for the spring.

While a St. Patrick’s day parade in September might confuse some, to Gorgas, the Half-way Hooley made perfect sense. “If a tradition is lost for too long it drops off. We want to bring the community together and have music and have liveliness in the community.”