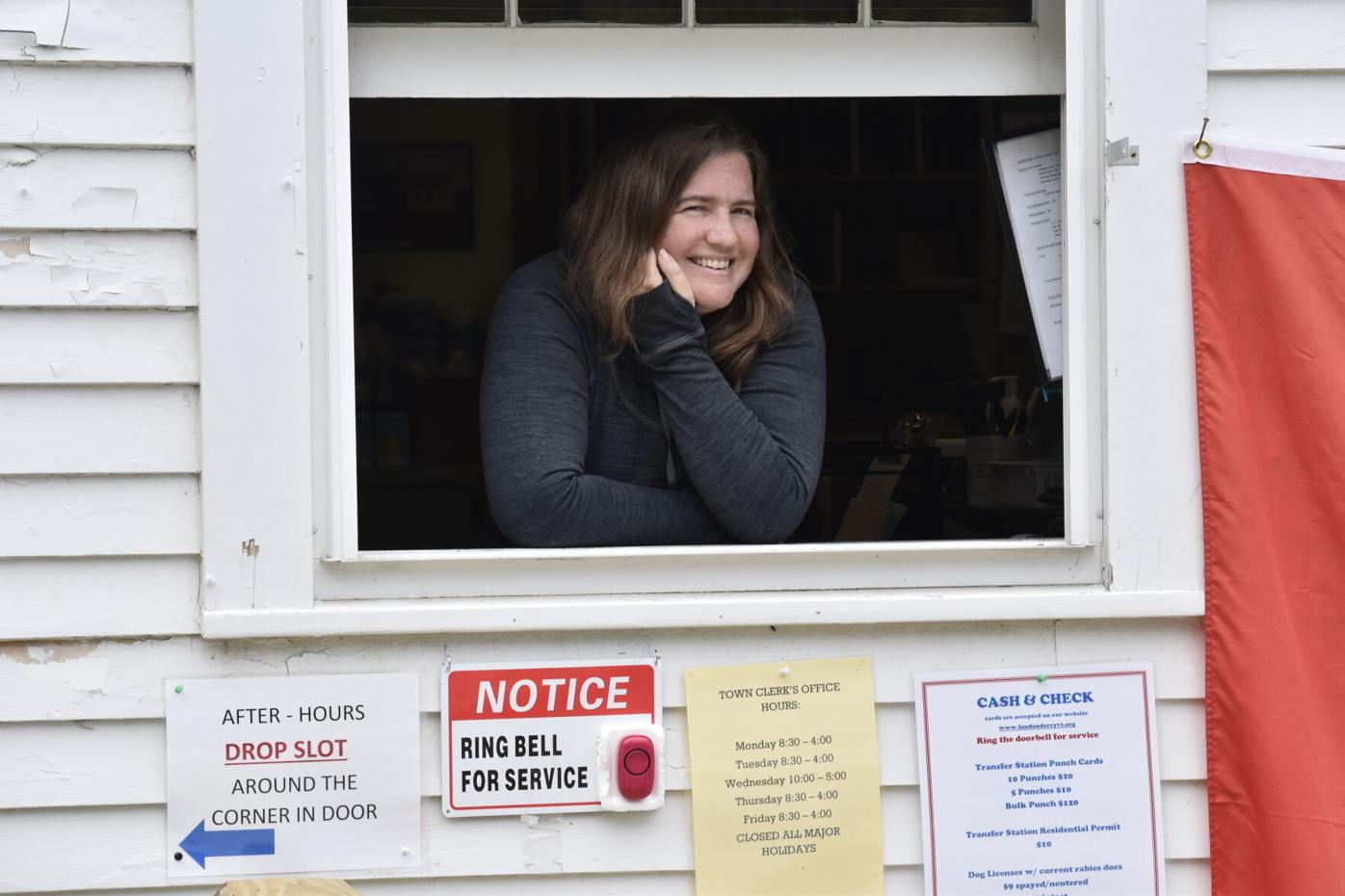 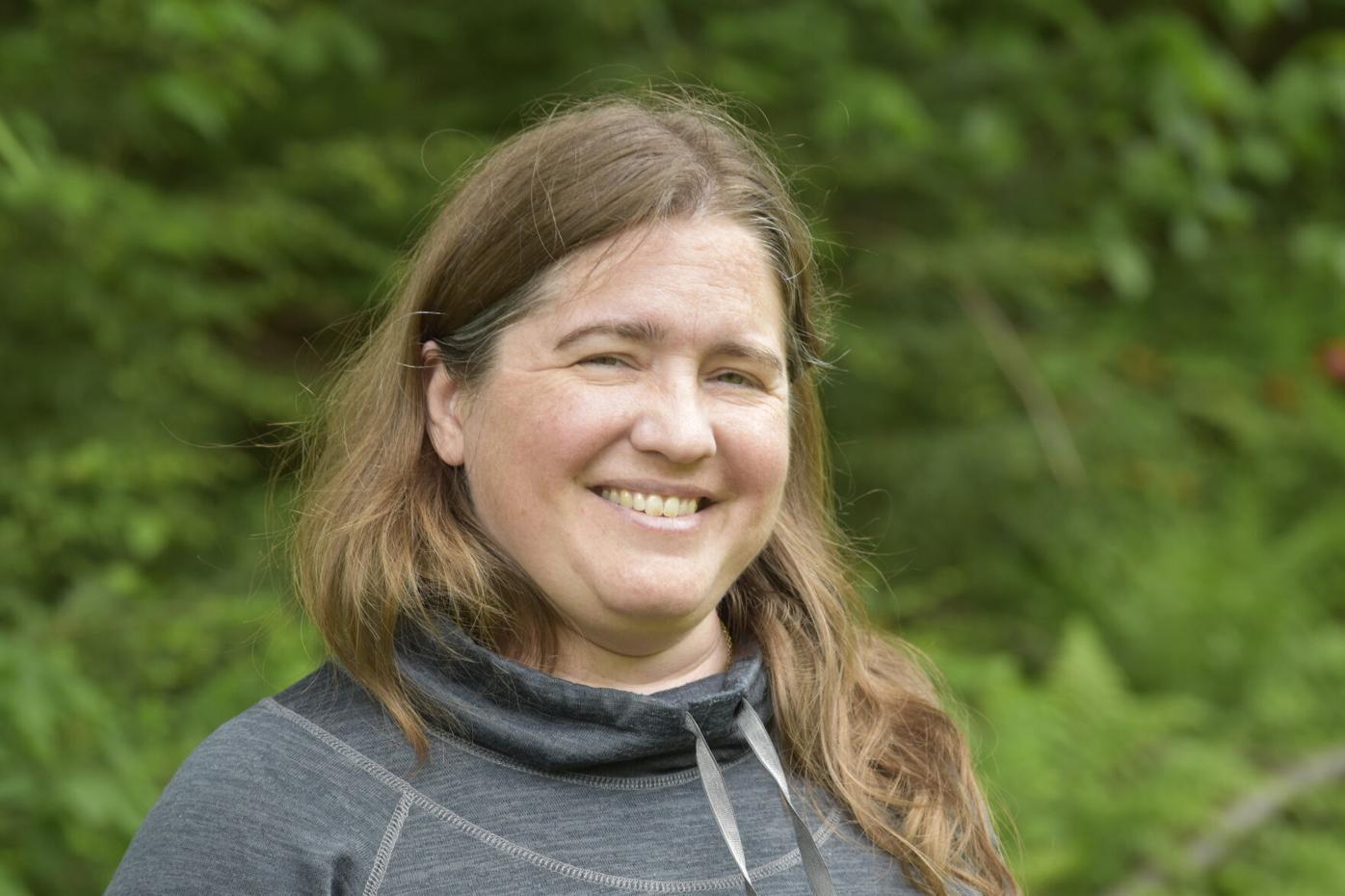 LONDONDERRY — State Rep. Kelly Pajala knows a lot of people have been dealing with a lack of affordable housing options in Vermont.

Now, the crisis has arrived at Pajala’s front door, uninvited.

The condominium Pajala has rented for six years in Londonderry is not listed for sale. But that didn’t stop someone from inquiring of its owner about the possibility of buying the unit.

That could leave Pajala, I-Windham-Bennington-Windsor, and her two children in the lurch.

While the owner, Tom Ettinger of Weston, said that a formal purchase offer has not been made, Pajala said a showing has been scheduled. And she is anxious about what the future holds.

Pajala's situation highlights the significant problems facing the state’s housing market: A shortage of rental stock, soaring real estate prices that have squeezed out entry-level and moderate-income buyers, and the unintended consequences of supply and demand.

She's thought about buying the unit outright, and discussed that with the landlord in the past. But financial complications from her divorce have gotten in the way of mortgage approval.

“I am definitely one of many who is dealing with this situation. And it can happen to anyone.”

“I am definitely one of many who is dealing with this situation," Pajala said. "And it can happen to anyone.”

While Pajala hopes for a resolution and works with her landlord — whom she emphasized she does not blame for the situation — there’s no indication that the Vermont housing market, now significantly driven by out-of-state investment with a 38 percent increase in such sales last year alone, will cool anytime soon.

The average price of a residential single family home in Vermont rose to $362,207 in April, 21.8 percent higher than it was a year ago, according to the Vermont Association of Realtors.

According to Vermont Association of Realtors data, closed sales had risen 171.7 percent year over year from April 2020 to April 2021, up from $10.6 million to a little over $29 million.

While those results indicate a strong real estate market, there’s concern about what the sudden rise in prices and disappearance of sales inventory means for the area, said Annie Bessette, the principal broker for TPW Real Estate.

“It is a reality in our market area and it’s a serious concern because affordable housing is diminishing for those in our market area that are working for local companies and organizations,” Bessette said. “As that happens we as communities need to figure out how can we support workforce housing.”

“We need more inventory. We have more buyers than we have homes on the market right now,” Bessette said.

"We need more supply," Hanford said. "It's coming home to haunt us at this point and it's not going to be a quick fix."

Josh Davis, the executive director of Groundworks Collaborative, a Brattleboro agency fighting homelessness, said the market is extremely tight — just as some folks presently in the motel program that provided housing during the pandemic are set to lose their eligibility.

"We have unprecedented resources to help folks get into apartments — subsidies, flexible dollars to help with first, last and security deposits — and even still finding the units is a huge challenge," Davis said.

Housing advocates point out that much of the available stock is older and comes with significant update and repair needs. For homebuyers, that means energy-efficient heating, ventilation and cooling systems, as well as roofing, lead paint and other needs.

For landlords, all those concerns remain in place, with the addition of building code updates such as fire alarm and suppression systems, emergency access, and Americans with Disabilities Act compliance.

That's where Hanford, the Scott administration and lawmakers are hoping that generous federal relief from the American Rescue Plan Act (ARPA) will make a difference.

The Legislature appropriated up to $190 million in ARPA and general fund dollars, with $90 million alone for building housing for homeless Vermonters — many of whom have been staying in motels since the pandemic started.

However, Hanford said the federal rules governing how ARPA money is spent are largely focused on workforce housing and rehousing the homeless, and in urban areas. "It's not really a rural state solution ... we're pushing back to try to increase our flexibility," he said.

In her nine years as Londonderry town clerk, Pajala has regularly fielded calls from folks who want to move to the area, and a place to live.

“That’s not a new phenomenon. Though I will say that in the last year-plus we have not been aware of anything available,” she said Tuesday.

But now, Pajala is the one looking for housing.

As an independent state representative serving five mountain towns in three counties, Pajala would have options if it was only about retaining her seat.

But Pajala needs to stay in Londonderry. As Londonderry's elected town clerk since 2012, Pajala must live within its 35.9 square miles.

What about renting a vacation property for the short haul?

There have been kind offers from Londonderry residents willing to put up her family, Pajala said. But she wants her own home for herself and her children.

And she spends a lot of time worrying. “It wasn’t a good weekend,” she said of the constant anxiety.

“I’ve certainly had positive responses from people saying "don’t worry, you’ll have a roof over head and a room to be in and a spot for your kids,’” Pajala said. “But I feel like that’s just a bigger version of couch surfing … it’s not the same as finding a place to rent in my own right.”

As of Friday, the future hung in the balance.

While there's not a formal offer on the table, "If I didn’t think the potential buyer’s interest was serious, I would not have suggested a walk thru," Ettinger said in an email. "I wouldn’t expect an offer without someone seeing the unit. No financial terms were discussed."

Ettinger didn't say what would make him decide whether to sell. But he said he is cognizant of the circumstances.

"Kelly has been a terrific tenant and I am very sympathetic to her situation," he said.

Brian Pine, the interim coordinator of the Vermont Affordable Housing Coalition and a former Progressive candidate for mayor of Burlington, said Pajala’s experience is not isolated.

“What we have at this point is anecdotal evidence,” Pine said. “However it does show there is a trend that has increased in the last six months or so. That has been out-of-state buyers with resources to spare willing to pay cash above asking price.”

According to property transfer tax data collected by the Vermont Department of Taxes, between 2019 and 2020, the number of Vermont homes sold to out-of-state buyers spiked by 38 percent.

In Southern Vermont, the majority of those sales took place in four-season resort and ski area towns: 230 in Dover,  137 in Wilmington, 110 in Winhall, 104 in Stratton, and 92 in Manchester. Londonderry, the home of Magic Mountain, had 48 such sales.

Ludlow, another ski area town, had 219 sales to out-of-state buyers; Killington, Warren and Stowe, resort towns all, each reported more than 100.

For years, the state has been trying to lure people here to fill vacant jobs and contribute tax revenue. And now that it's succeeding, there's no place to put them.

"Right now the good news is we are facing some growing pains. The bad news is they're pretty extreme."

"Right now the good news is we are facing some growing pains. The bad news is they're pretty extreme," Rep. Laura Sibilia, I-Windham-Bennington, said. "If you're trying to get someone to build something for you or buy lumber, it's really tough. It calls for some Vermont ingenuity."

But the crisis does not look the same in every community, Sibilia added.

"New Vermonters moving in [are] affecting housing availability in places where people want to live," Sibilia said. "They tend to be places that have high-speed internet, water and sewer, and have had investments in properties."

"There is available housing," Sibilia said. "It's just a question of whether people want to live in a place that has no cell service, no internet, or a school that may be closing or is not that great."

Rep. Emilie Kornheiser, D-Windham 2-1, is hearing that the lack of rental inventory is forcing tenants to make difficult decisions about jobs, relationships and whether they bring health and safety problems to their landlord.

“What I’m seeing instead is people needing to move for various other reasons — having another kid, breaking up with a partner, finding a new job — and absolutely unable to find anything even close to the cost of their previous unit.” Kornhieser said. “That is putting people in situations where they’re commuting an hour and a half, staying in relationships when they don’t feel safe."

Rep. Michael Nigro, D-Bennington 2-2, co-owns rental units with his wife, and is also hearing about lack of availability.

"The last two rentals that opened up, we filled them just as fast as we have ever filled an apartment before," Nigro said. "We're definitely hearing about folks having trouble finding apartments. ... It doesn't surprise me if that is also leading to price increases, because that's going to go hand-in-hand."

There's no one quick fix, but there's no shortage of people and ideas to address Vermont's short- and long-term housing problems.

A pair of programs in S. 79, a bill that passed both houses but ran out of time on the last day of the 2021 legislative session, would offer grants to landlords bringing out-of-date apartments back on line, and revolving loan funds to buyers willing to purchase and update multifamily housing.

The program, she said, provides down payment assistance grants to homebuyer in order to help them with initial financial barriers. In return, the buyer agrees to sell at an affordable price for the next generation.

"That then becomes a community asset that can roll over across multiple buyers and multiple generations." she said.

There are 135 properties in that program, which accepts applicants making up to 120 percent of their community median income. "So it's a great tool to combat a hot real estate market that pushed out local people or folks of lower or moderate incomes, frankly," Bridgewater said.

Hanford said there are already $50 million worth of projects ready to move forward across the state with the funds set aside for housing. "I think we're going to have hundreds of units under contract and under construction before the end of this construction season," he said. "It's not enough to immediately address all our needs but it's going to be a good start."

And when it comes to helping Vermonters stay out of homelessness, "one of the things we do have that we never had is adequate rental assistance and support services to help people transition from homeless situations," he added. "We have over $250 million to spend in that arena over the next two years."

But what's missing is enough housing units, and supports that help buyers who don't qualify for assistance, but don't have the resources to do it on their own.

"We still need to find the best path to allow for the missing middle," Hanford said. "I'm focused on that like a laser, and I'm hopeful our housing partners can help us get there."

In the meantime, Pajala is still looking for a place where she and her kids can stay, if her home does wind up being sold. She's not expecting a quick fix.

"The housing crisis is an actual crisis. Statewide. And for many more people than most people are aware," she said.