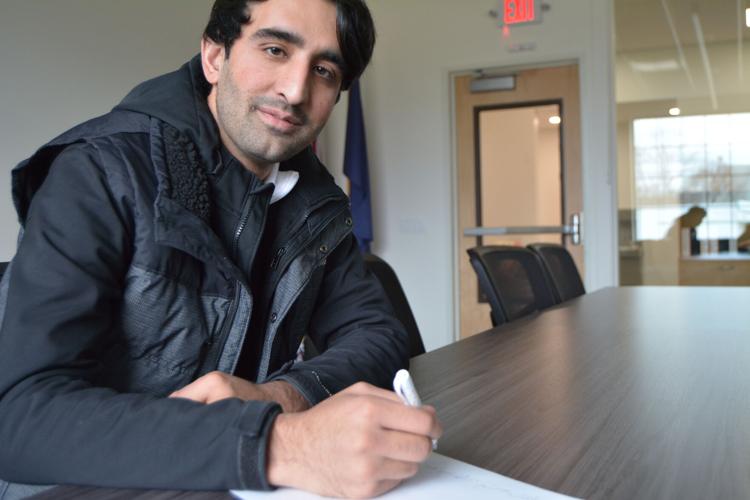 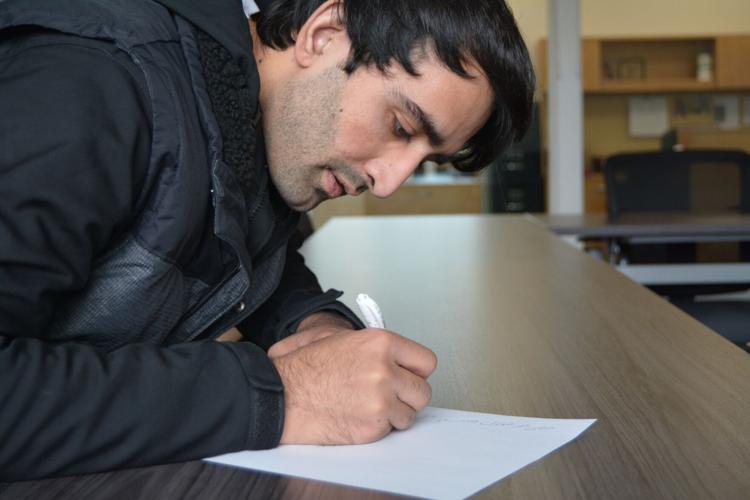 BENNINGTON — Afghan refugees in the Southwest Vermont Supervisory Union got lucky — they get to work with the school’s new Dari translator.

Sayed Shir Shah Sadat came to Bennington after a long journey through the Middle East, Europe and other U.S. states. After he left Afghanistan, he traveled to Qatar, where he stayed for about 12 hours before traveling to Germany and remaining there for nine days. From there, he stopped in Virginia for two days, followed by a relatively long three-month stay in Wisconsin before finally making it to his final destination in Vermont.

Sadat decided to put down roots in the area after looking up Vermont online.

“I saw here is a beautiful place and beautiful people, and I want to live in here,” he said.

Soon after, he started to work at preschools in North Bennington, assisting the teachers who worked with Dari-speaking kids. He eventually transitioned into his position as an interpreter at SVSU.

Sadat works with students at Bennington Elementary School, Mount Anthony Union Middle and High schools. Throughout the district, he works with seven or eight families and 14 to 15 Afghan students.

Part of his job is juggling the three schools and age ranges he works with. He will often set up a Zoom call with students from the high school while he is at the middle school — in an attempt to be two places at once.

“If they have a problem, they can call me,” he said.

Sadat helps translate in the classroom, at parent-teacher conferences, with groups of students, on a one-on-one basis if a student needs extra attention, and anywhere else he’s needed.

While at the high school, Sadat also runs a Dari Club, which he said is “my favorite thing I can do here.”

Dari Club was created so Sadat can teach Dari to anyone who is interested in connecting with Afghan students on a deeper level. So far, he’s teaching three or four teachers and one eager student how to speak the language.

He started by teaching his students how to have a conversation in Dari. Then, he moved on to teaching them the alphabet, so they can eventually read and write in the language.

When Sadat went to school in Afghanistan, the boys and girls were separated until college. He noted that the mixed classrooms could be a culture shock, especially for the Afghan students.

He likes connecting with people; he especially likes working with kids; and Sadat enjoys helping the Dari-speaking students connect with their teachers and vice versa, because the students often have a difficult time understanding directions and lessons given by their teachers.

“I can’t even put into words how valuable he is,” said Katie West, SVSU’s public information coordinator.