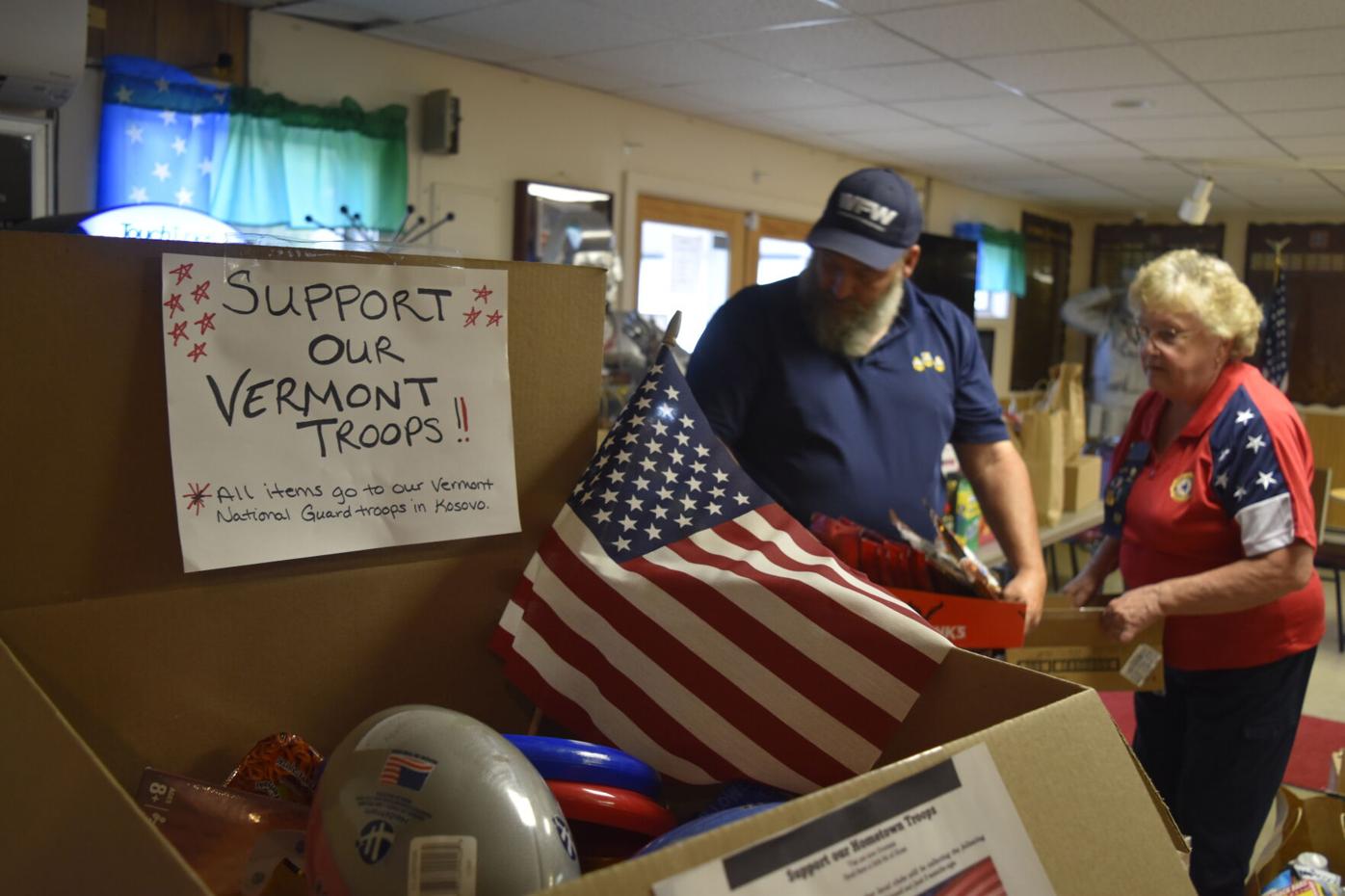 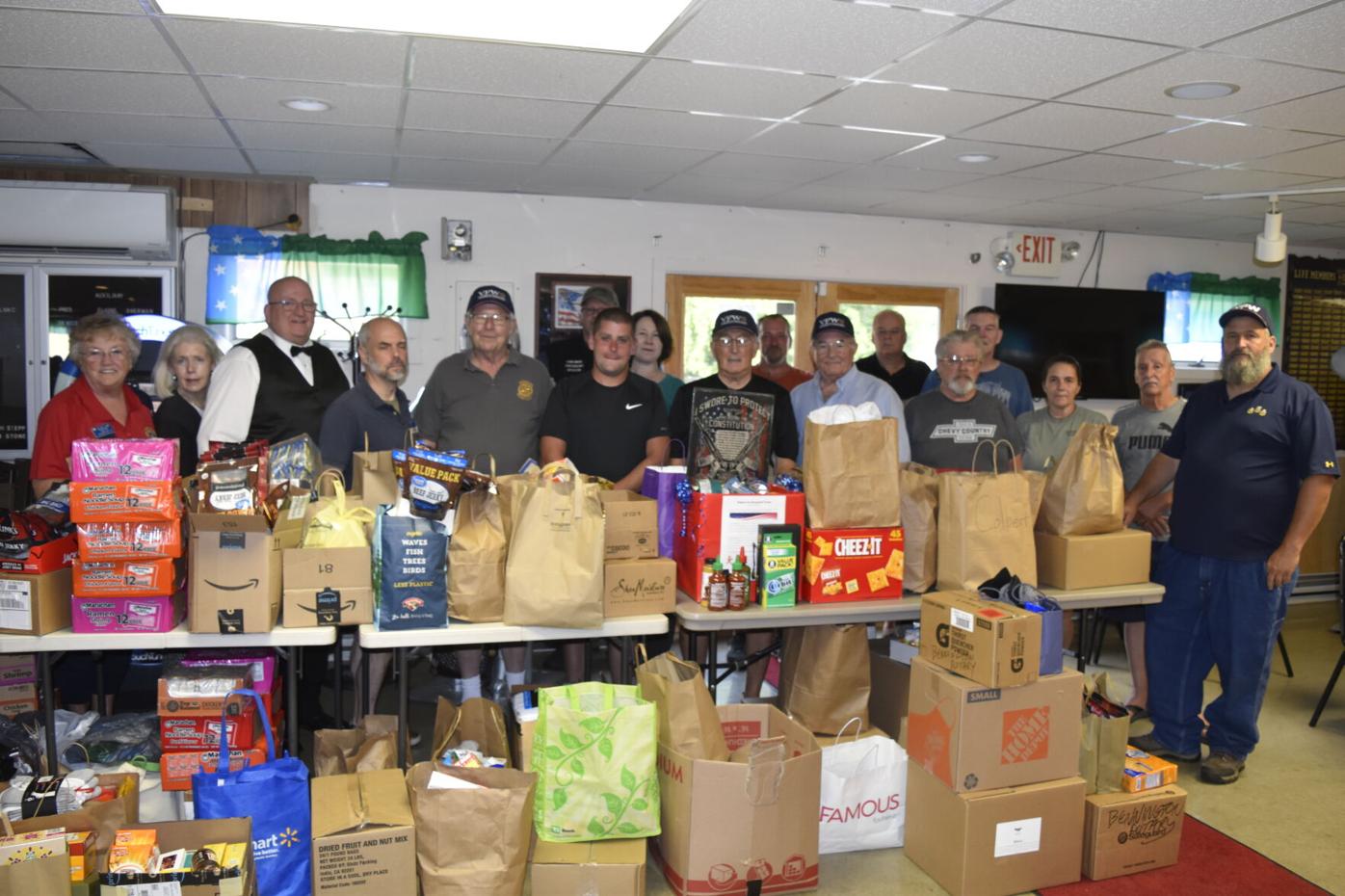 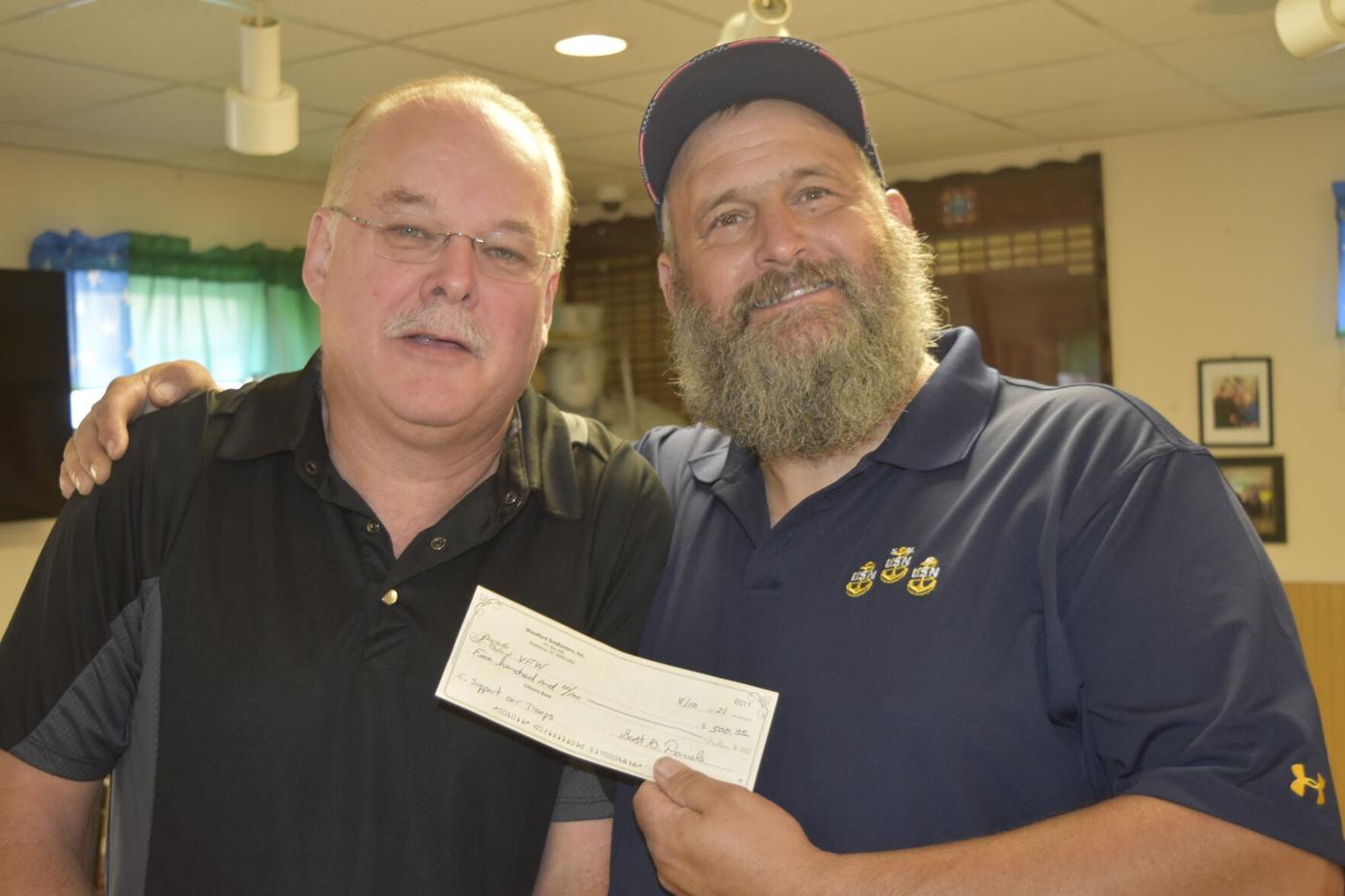 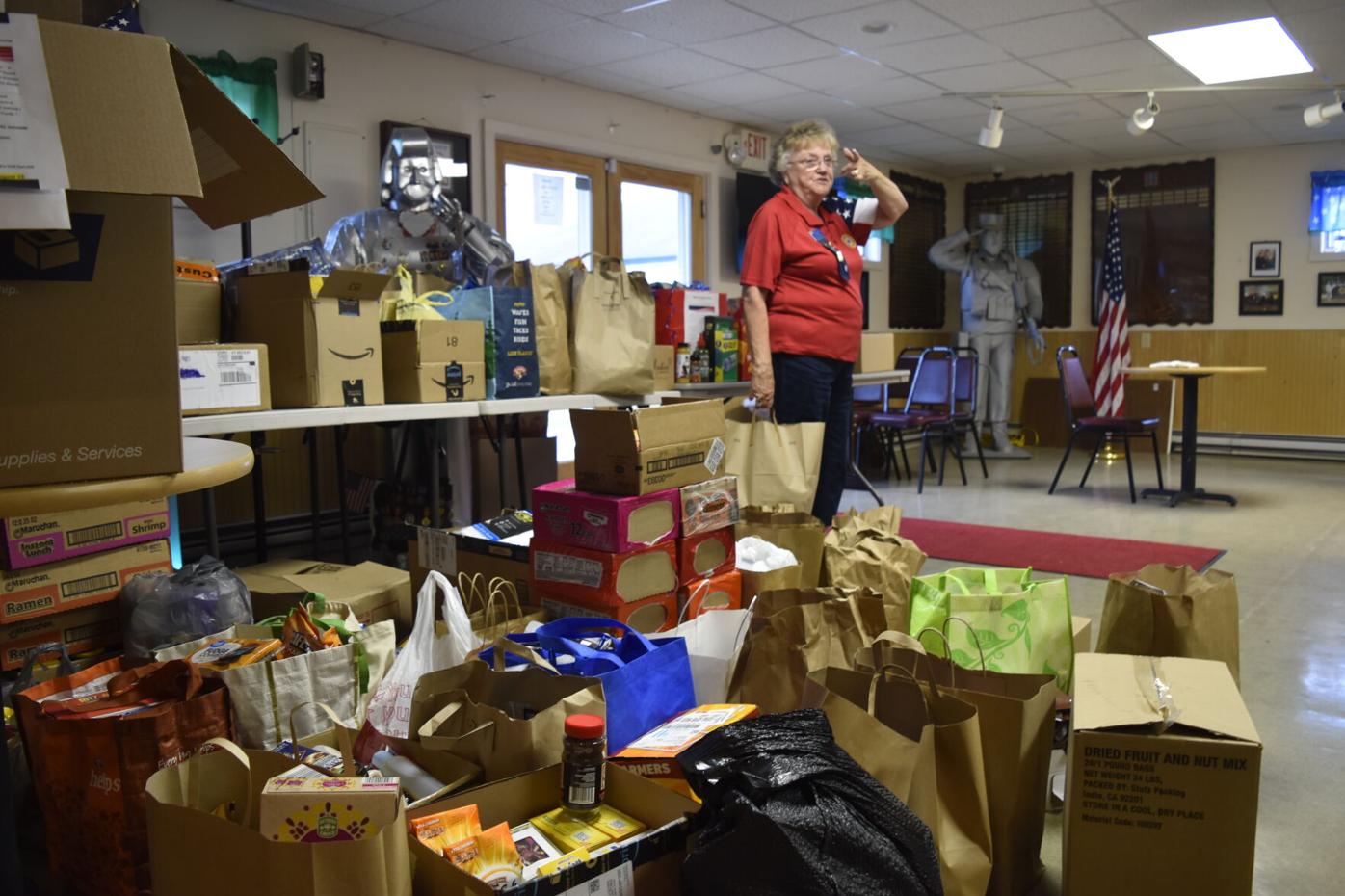 BENNINGTON — When local veterans and human service organizations took up a collection for Vermont National Guard troops deployed to a NATO peacekeeping mission in the Republic of Kosovo, they were hoping that the community would show its appreciation with a few donations of snacks, sundries and money to support the effort.

“We were thinking it would be handful of boxes,” Post 1332 commander Normand LeBlanc said.

The community surprised LeBlanc and others leading the effort in the best possible way. That was evident Wednesday night, when leaders from those groups gathered at Veterans of Foreign Wars Post 1332 and assembled a small mountain of collections for the troops.

The results? A good 150 bags and boxes full of snacks, personal care products and sundries that will be shipped to the 40 Guard members who left for Kosovo in May.

How generous? Let’s put it this way: Somewhere in greater Bennington this past week, there was a store shelf with no Old Spice deodorant in stock — because it was all in a paper shopping bag on the floor of VFW Post 1332.

Hand warmers? Check. Beef Jerky? Check. Socks? Check. Ramen? Check. Cookies? Check. All provided with the hope that it will help the 40 citizen soldiers serving with the 1st Squadron, 172nd Cavalry Mountain Regiment, do their jobs — and lift their spirits, too.

“This is crazy — a good kind of crazy,” said Tammy Schnoop, the Soldiers and Family Readiness Group leader for the unit. Her husband, Darren Schnoop, is among the 40 Guard members in Kosovo.

There were monetary donations, too. The Woodford SnoBusters snowmobile club presented a check for $500 for the effort on Wednesday. That donation, along with a pledged donation from the Bennington Lions Club and $100 each from A&K Trucking and K&F Modular Homes, will be used to defray the cost of shipping the goods to Kosovo, and fill the gaps for needs the material donations didn’t cover.

That wasn’t the only monetary support. “When I went to the Select Board meeting, someone in the crowd randomly gave me 30 dollars,” LeBlanc said.

VFW Post 1332, along with American Legion Post 13 and its auxiliary, the Bennington Lions Club, the Bennington Eagles Club, and the Bennington Rotary pulled together for the effort. Leaders of those clubs were joined Wednesday by members of the organizations.

Their families and friends planned to gather Sunday to divvy up the goods into care packages and prepare them for shipping.

Jessica Harrington of Bennington, whose brother Jeremy Harrington is among the deployed, was one of the leaders of the effort.

“My goodness,” she said of the outpouring. “It was way above my expectations. I brought two boxes to the Eagles and the VFW just really reached out to everybody.”

Schnoop, in her role with the Soldiers and Family Readiness Group, reached out the the soldiers and their families and asked what they’d like and what they’re missing.

How are the troops doing so far? “They’re still away from their families; this is still super hard,” Schnoop said. “But they seem to be in very good spirits over there. “

For Schnoop, of Hoosick Falls, N.Y., the outpouring was all a bit overwhelming. When asked what this generosity would mean to the troops overseas, she paused for a moment and dabbed at her eyes, visibly moved by all that her neighbors had provided.

“What we were hoping that they’ll feel — and what I know they will feel — is how much the Bennington community supports them,” Schnoop said.