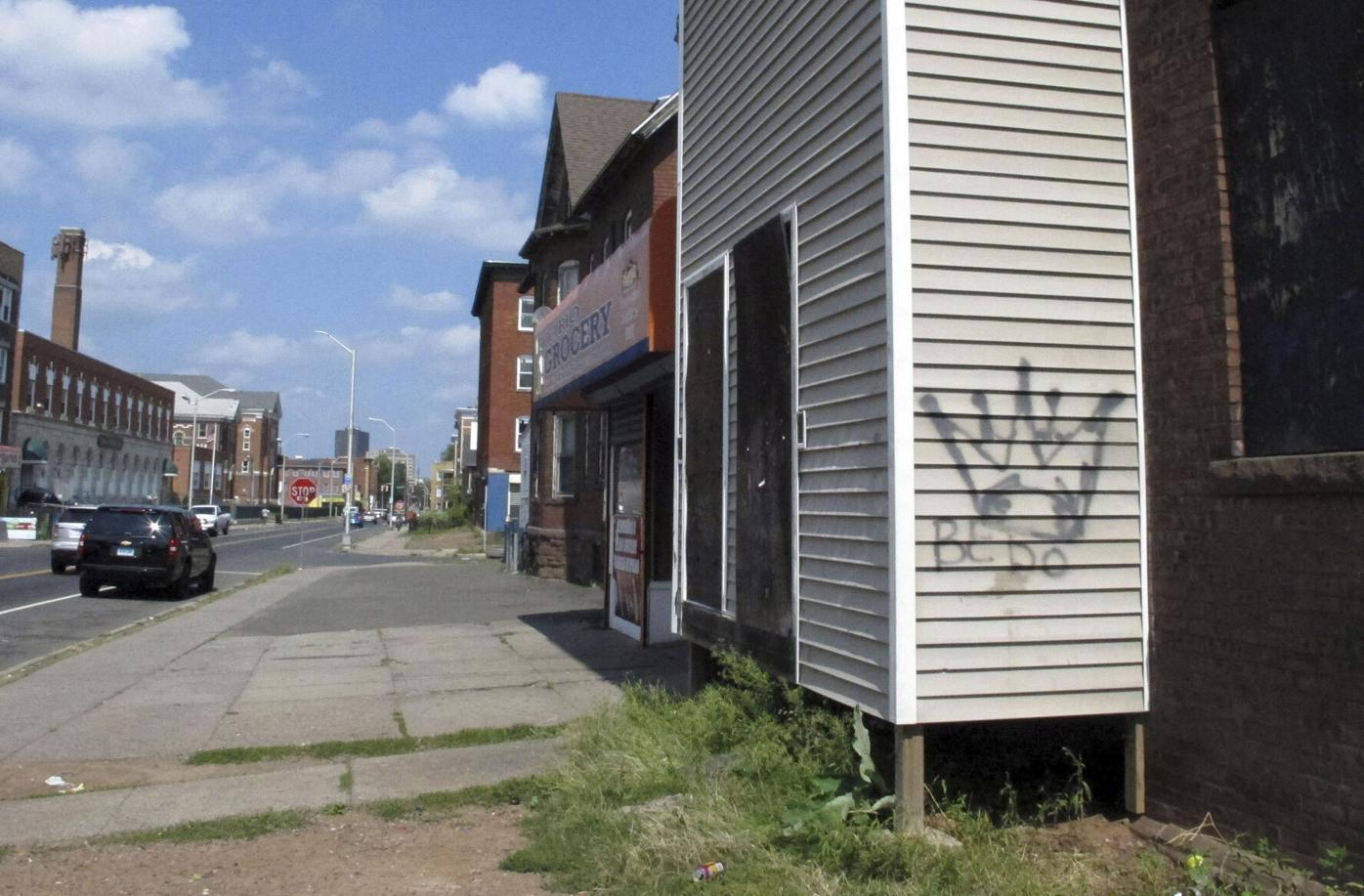 Latin Kings gang graffiti appears on the side of a building in Hartford, Conn., in 2014. Similar graffiti has shown up in Bennington in the past. 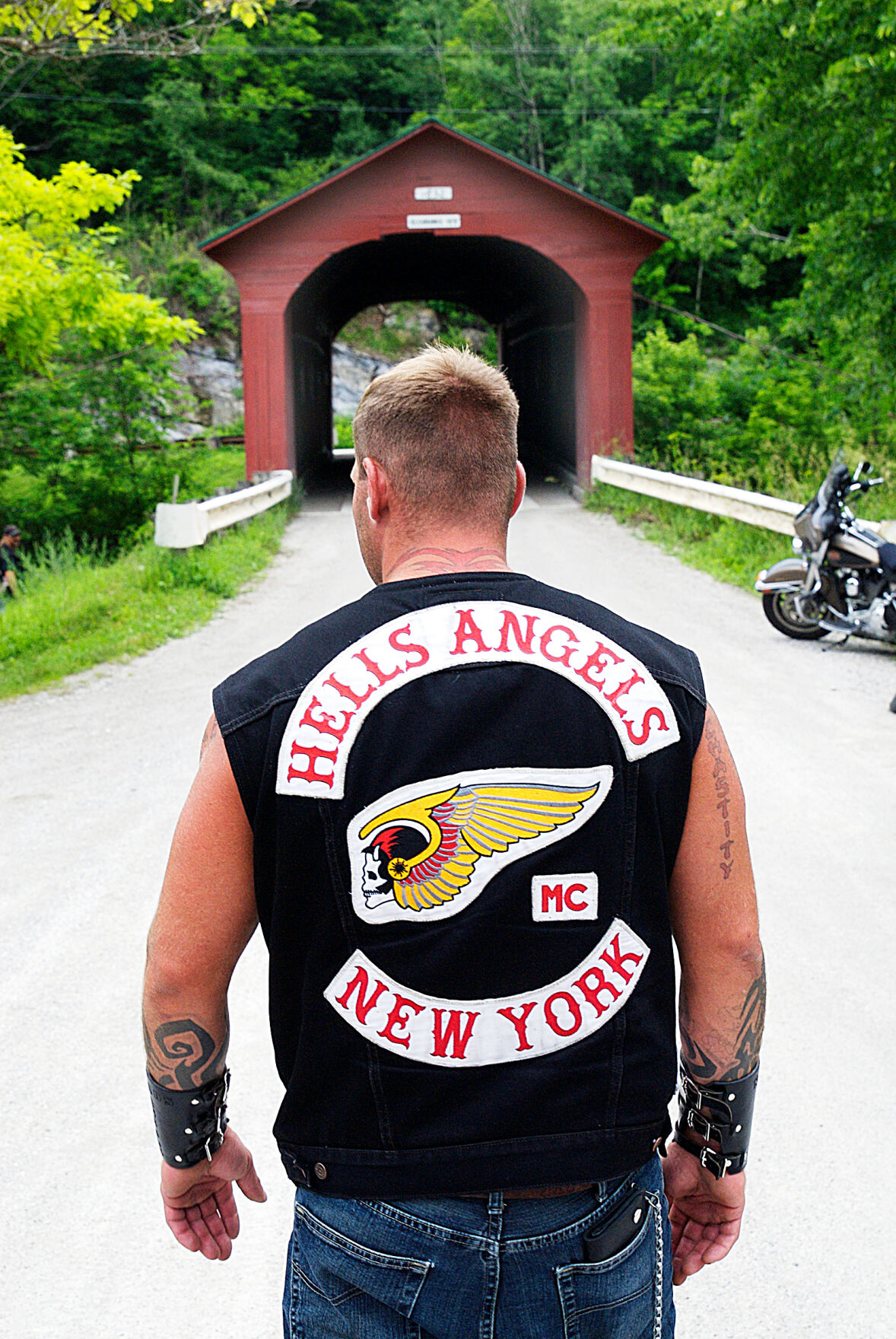 Bennington authorities are saying, once again, that gang activity is real in Southern Vermont. A member of the Hells Angels, identified only as Brock, approaches the West Arlington covered bridge in 2008; the Hells Angels have not been named in any recent cases.

Latin Kings gang graffiti appears on the side of a building in Hartford, Conn., in 2014. Similar graffiti has shown up in Bennington in the past.

Bennington authorities are saying, once again, that gang activity is real in Southern Vermont. A member of the Hells Angels, identified only as Brock, approaches the West Arlington covered bridge in 2008; the Hells Angels have not been named in any recent cases.

BENNINGTON — There’s been a noticeable uptick in gang-related violence in Bennington, and local, state and federal authorities are already forming plans to address the rising risks.

“These are some dangerous people,” said Paul Doucette, chief of police for the Bennington Police Department. “We are taking this very seriously and have been working with our federal law enforcement partners, as well as the Holyoke and Springfield Police departments in Massachusetts, on stopping this activity. Gang activity in Bennington and Southern Vermont is real.”

Most of the recent drug-related arrests in Bennington have included possible players from south of the Vermont border, specifically in the Springfield area, and in most of those violent cases, police affidavits, time and time again, name specifically the Latin Kings as the culprits.

On Nov. 16, Bennington Police raided a house at 318 Gage St. in Bennington, arresting seven individuals, some with known gang ties to the Springfield area. Police recovered numerous guns, some with extended magazines, drugs, drug paraphernalia and thousands of dollars in cash.

“That raid opened the eyes of some people, with the alarming amounts of drugs and weapons, just steps from an elementary school, both on Gage and Park streets,” Doucette said Thursday.

In another incident, Bennington police received an early morning 911 call Nov. 1 from a victim hiding in a closet after several individuals allegedly broke into a residence at 329 School St., robbed and pistol-whipped him in the head. {span}One of the unidentified individuals claimed to the victim during the incident that he was a “Latin King.”{/span}

“We’re seeing it, too. That’s not new, but we’re seeing more violence, especially with these folks right now. That’s not a good sign,” Hurd said. “We are aware, and we are doing our best to identify these individuals and try and put a stop to the activity they are bringing here.”

Asked whether the uptick in gang activity needs to be addressed with the community, Hurd said, “It’s time to brief the Select Board on what we’re seeing, and ultimately the public as well.”

Like Hurd, Doucette noted that gang activity has been going on for some time in the region, despite the rural environment.

In late 2008, Bennington Police noticed gang-related spray painting, referred to as “tagging,” around town. At the time, the activity was associated with the Bloods, a nationwide gang, the Crips, the Bloods’ longstanding rival, and the Hells Angels, a worldwide motorcycle gang that claims to be law-abiding. A few years later, three Bennington residents were allegedly caught up in a large drug ring that police say was run by the Bloods and the Original Gangsta Killers gangs in Albany, N.Y.

State police noted that gang activity increases related crimes, such as burglary, and drug crimes, with low-level gang associates turning up as dealers in all corners of Vermont.

In early 2012, there was a legislative and law enforcement push to start a Vermont gang task force; no such task force yet exists, with oversight falling to other departments and jurisdictions.

“I think we’ve always had some gang activity, from parts of Massachusetts and New York, but in the last year, we’ve seen a significant increase in not just Bennington, but all of Southern Vermont,” Doucette said. “Their involvement with drugs and guns is a concern for people in our area; that’s why, when we become aware of any gang-related activity, we are working fast to make arrests, issue search warrants, and, working with the State Attorney’s Office, try and curb this activity, and put these people in the system.”

To address this problem long-term, the Bennington Police Department is working with state and federal counterparts to “push back” against the gang activity with interdepartmental strength, and intelligence gathering and sharing efforts.

“We just had a meeting yesterday, and we will be bringing in people from the Southern Vermont Task Force and the Vermont State Police,” Doucette said. “We’ll be sharing some of the information we’re obtaining with them and hopefully, working together on this. We have done this in the past and need to get those relationships going again.”

The police chief said his department is working closely with the Department of Homeland Security and the U.S Attorney’s Office in Vermont to try to move some of the gang cases to the federal level, to take advantage of the greater penalties.