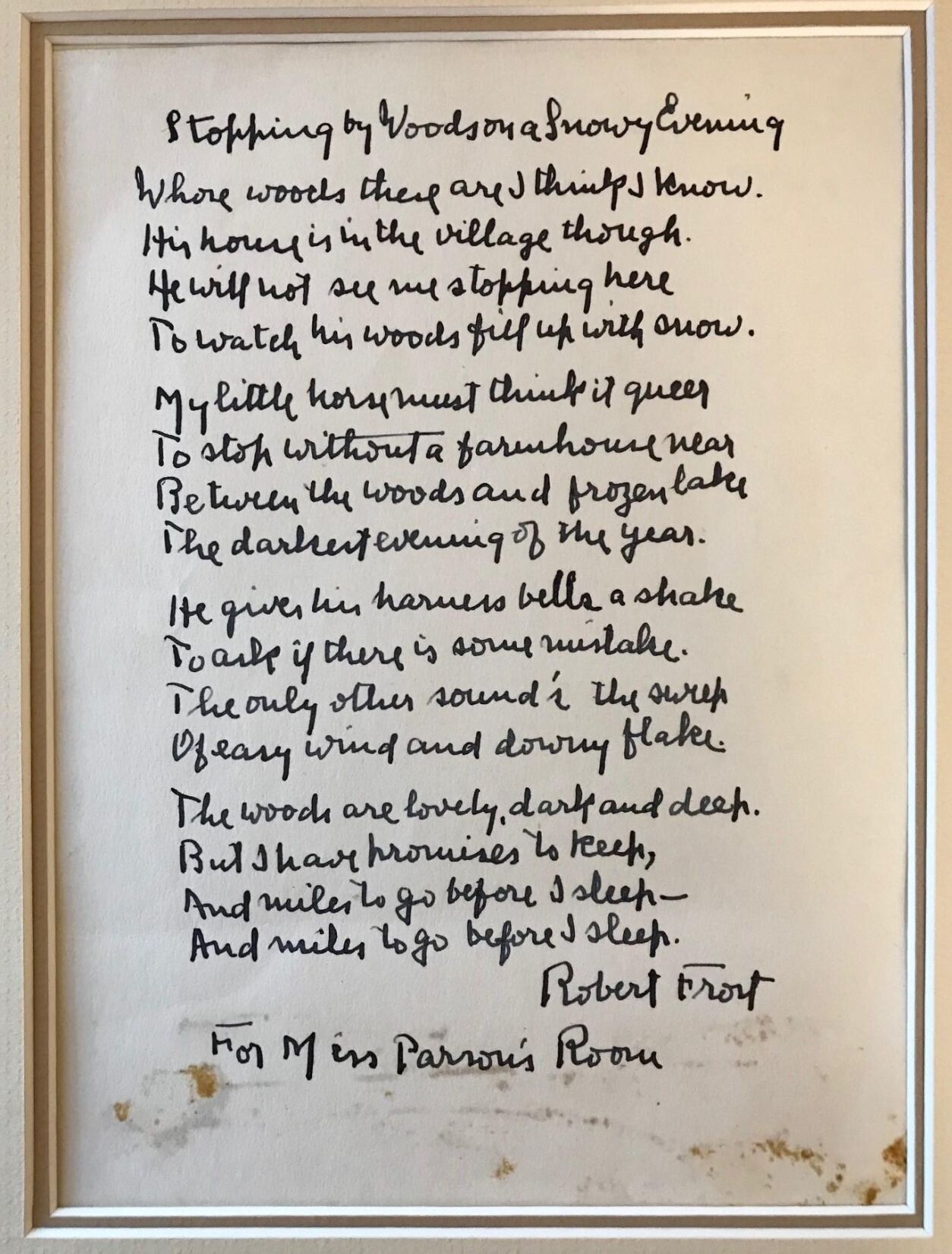 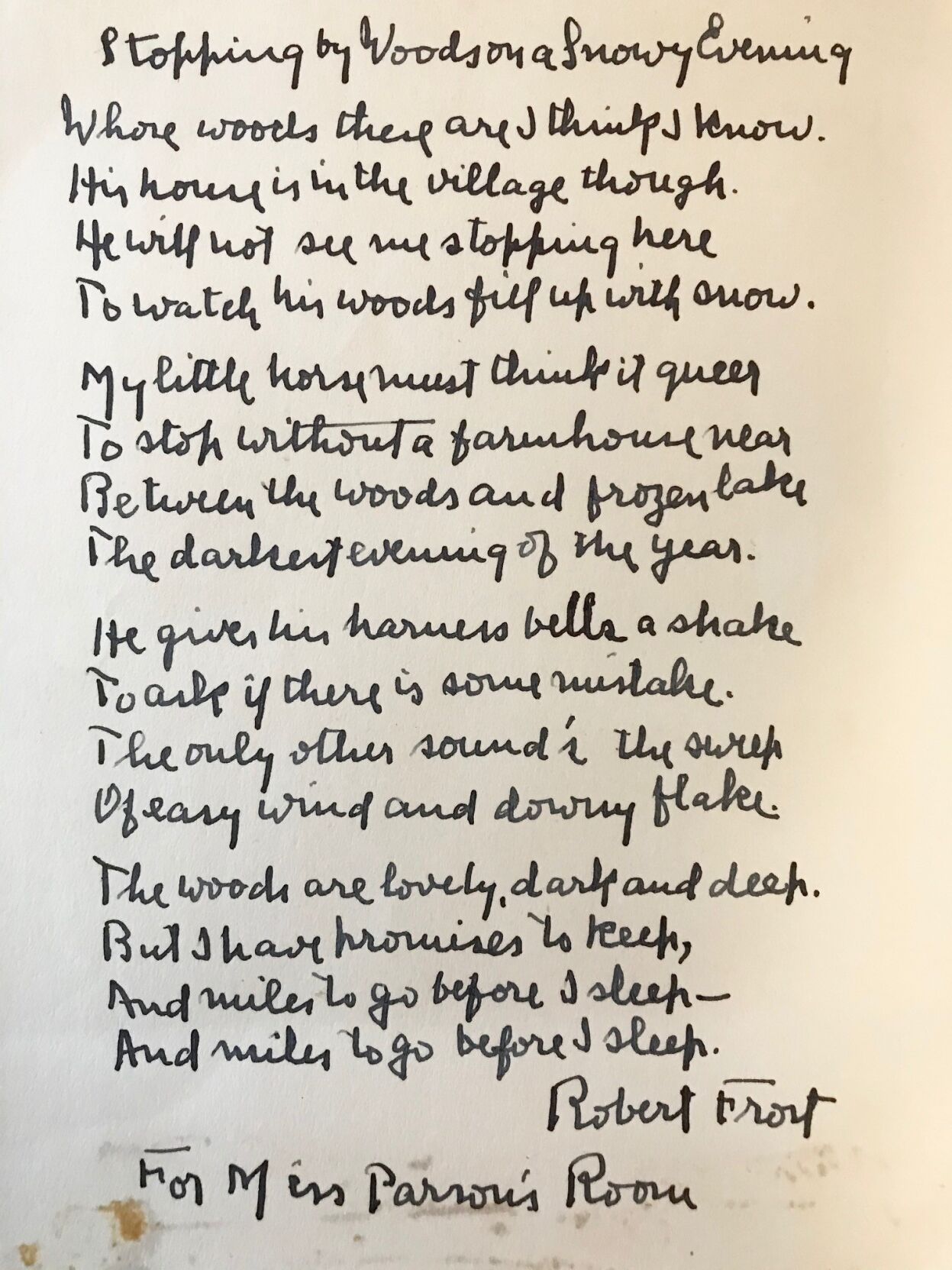 A copy of Robert Frost’s renowned poem “Stopping by Woods on a Snowy Evening” written in the poet’s own hand will be auctioned next week by a New York–based dealer.

The “fair copy” of the poem, as such artifacts are known, is not the original manuscript but nonetheless quite rare, according to David Lowenherz, president of Lion Heart Autographs, the dealership handling the auction.

Frost wrote the poem — in which the speaker pauses to marvel at “lovely, dark, and deep” woods before reminding himself that he has “miles to go before I sleep” — in a flash of inspiration one summer morning in 1922 at his home in Shaftsbury, now the Robert Frost Stone House Museum at Bennington College. The work was published the following year as part of the poet’s Pulitzer Prize–winning collection “New Hampshire.”

Lowenherz, who has decades of experience as a dealer and personally has collected Frost items for nearly half a century, guessed that the undated manuscript up for auction dates to the 1940s or ‘50s, an opinion informed by the handwriting and color of ink the poet used.

The bottom of the manuscript reads, “For Miss Parson’s Room.” Lowenherz said he was unable to find out more about the addressee but suspects, given Frost’s penchant for “barding around,” or visiting schools to speak at, that the poet produced the document for a teacher he knew who requested it.

Lowenherz said that over the years he has seen only one or two fair copies each of “Stopping by” and “The Road Not Taken,” another famed Frost poem. Manuscripts of both works are absent from otherwise robust collegiate collections, he said.

Autograph collecting became popular in the United States during the 19th century, Lowenherz said. The same auction that contains the Frost piece includes, among other curios, a Charles Dickens quotation that the English novelist penned amid his inaugural tour of America in 1842.

Pre-auction bidding will continue through Wednesday, April 28, when at 1 p.m. a live online auction of the Frost manuscript and many other autographs will be held. The collection of items can be viewed by visiting https://www.invaluable.com/catalog/du6ak869rc .

Lowenherz expects there to be additional bids placed on the Frost item. One collector who is potentially interested, he said, is a former member of the Dartmouth College Glee Club, which at the time the collector was a member performed a choral version of ”Stopping by Woods…” as part of its repertoire. Seeing the manuscript, available for sale occasioned something “almost like a Proustian moment” for the collector, bringing back memories of his time with the club, Lowenherz said.

The Frost piece is consigned to the auction, coming from the collection of the late Mildred “Barry” Barrett-Lennard Friedman, a medical writer and patient advocate who died in 1997.