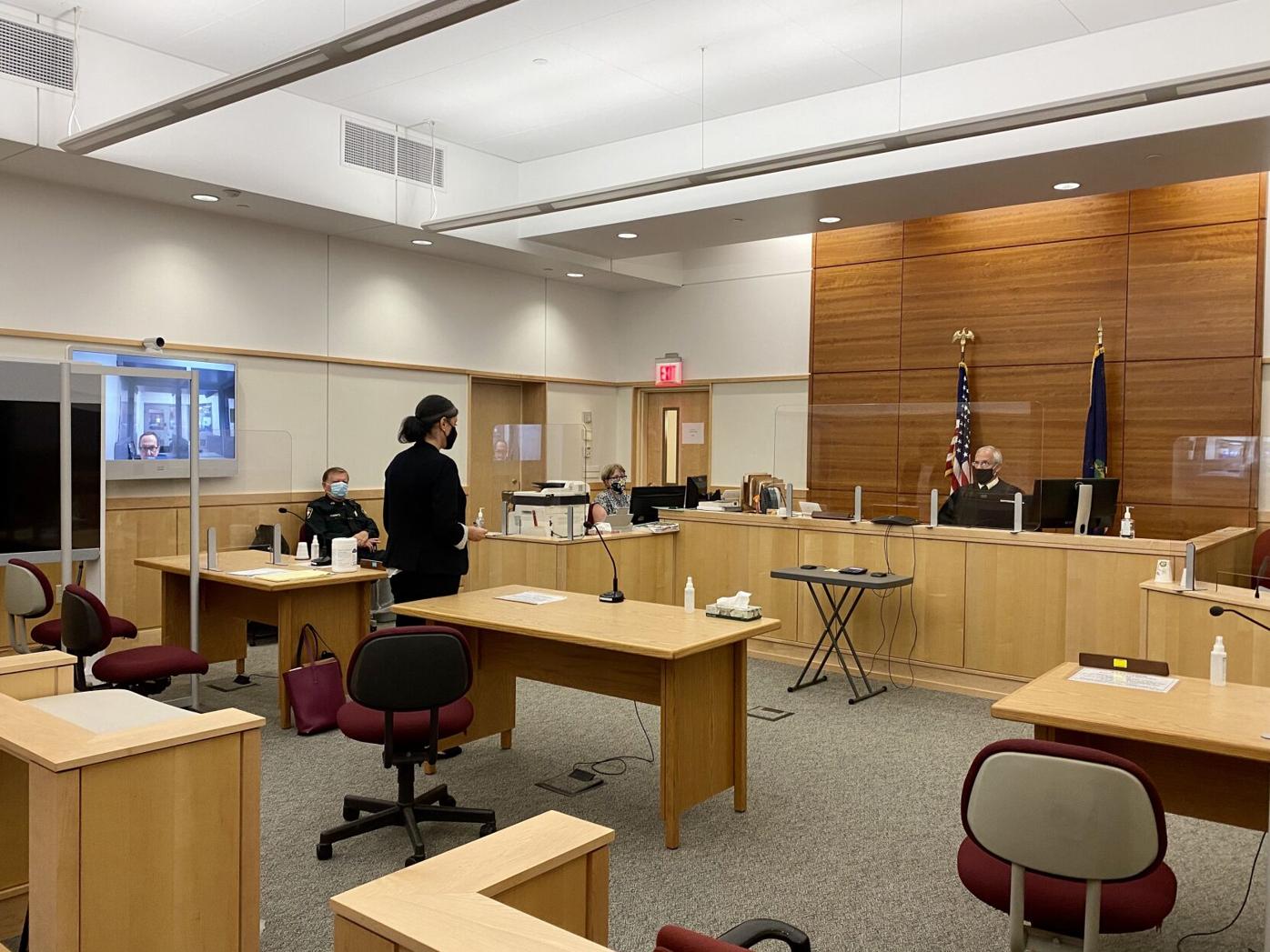 Gary Pickard, who appears on a video screen on the left, participated remotely to a Bennington Superior Court hearing on Thursday that took up his request to withdraw his guilty plea to aggravated repeated sexual assault of a child. 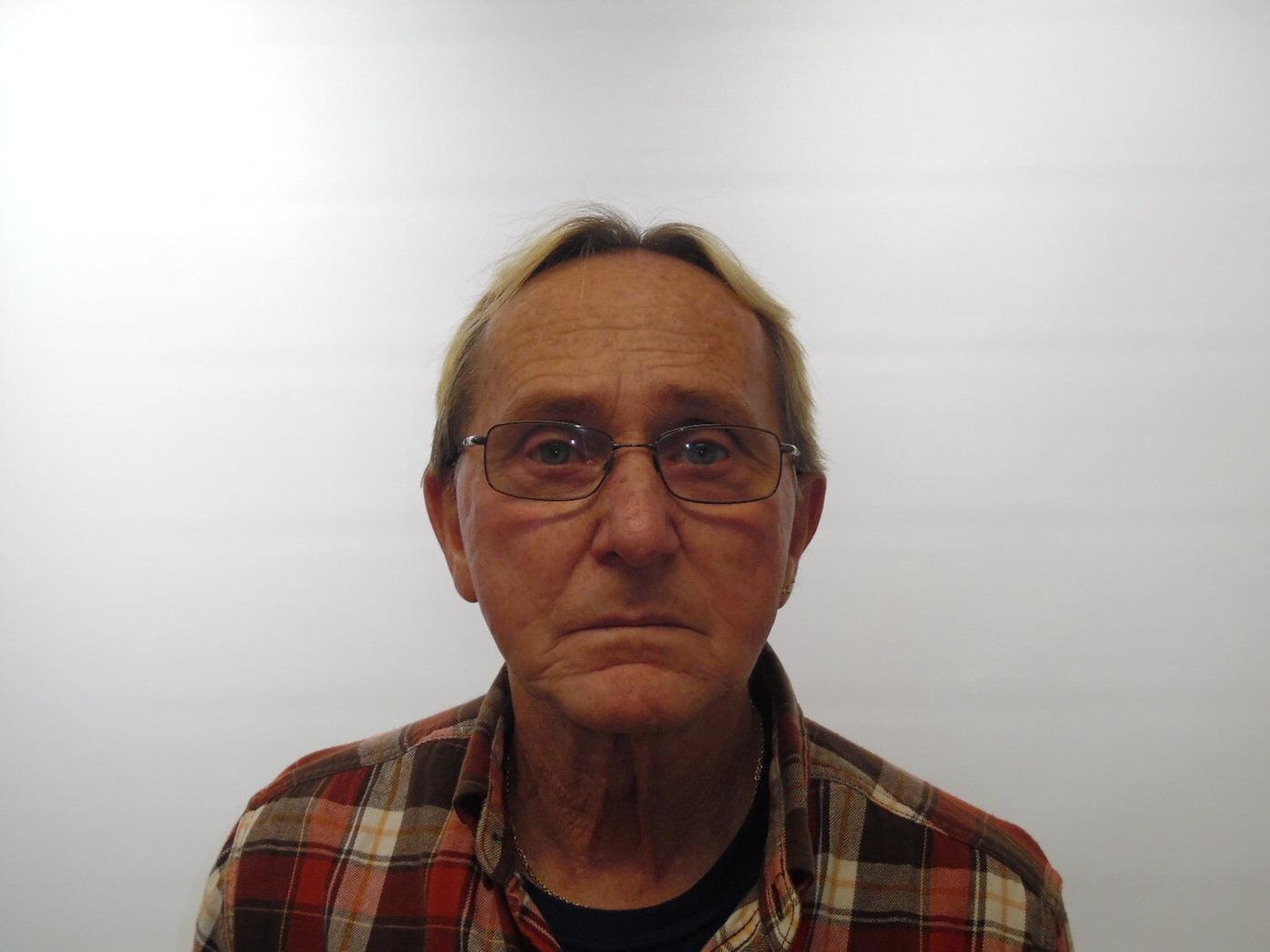 BENNINGTON — A former school bus driver who pleaded guilty to sexually assaulting a child wants to undo his plea, saying he hadn’t been in the proper frame of mind to make the admission.

Gary Pickard, 68, of Pownal, is facing a mandatory minimum prison sentence of 25 years and as much as life for aggravated repeated sexual assault of a child. His sentencing hearing has been rescheduled multiple times since the spring — until Pickard asked to withdraw his guilty plea.

Pickard doesn’t remember pleading guilty on Dec. 3 because he was experiencing the symptoms of a panic attack, defense attorney Kate Lamson said in court Thursday.

“These symptoms were serious,” Lamson told Superior Judge Cortland Corsones, adding that they prevented Pickard from fully participating in a discussion with the presiding judge and understanding his guilty plea’s consequences.

The discussion, called a colloquy, includes the judge’s asking the defendant if his guilty plea is freely and voluntarily made as well as whether he is suffering from any mental or physical condition that would prevent him from understanding the proceedings.

Lamson said Pickard had been under a lot of stress — it was the day originally scheduled for his jury selection — and he responded to the judge in the affirmative out of respect.

Pickard submitted a sworn statement of his mental and physical state that day and the medically established symptoms of a panic attack. Lamson said they didn’t plan to ask a medical expert to testify.

Denying Pickard’s request to withdraw his plea would guarantee him a prison sentence of at least 25 years, Lamson said. At his age, she said, this would mean “he will die in jail.”

The prosecution asked the court to deny Pickard’s request, saying he needed to provide “objective evidence” that his guilty plea had not been knowingly and voluntarily made.

Not remembering pleading guilty is not an acceptable reason under the law, Bennington County Deputy State’s Attorney Alex Burke said.

The prosecutor wrote in an earlier court filing that “this appears to be a situation where the defendant simply regrets his decision to plead guilty.”

Allowing Pickard to take back his plea and go to trial would withhold from the victim and her family the finality they’ve long been waiting for in the case, Burke said at the hearing. The memory of trial witnesses also fades with the passage of time, he added.

Before pleading guilty in December, Pickard admitted to repeatedly sexually assaulting a preteen girl during the period between August 2014 and October 2018. He knew the victim.

The incidents came to light after the girl admitted them to her mother, according to court records.

After the lawyers presented their arguments Thursday, Judge Corsones said he will issue a decision at a later date.

Should the case go to trial, Pickard will also face the felony charge of lewd and lascivious conduct with a child, which carries a punishment of two to 15 years in prison. The state agreed to dismiss the charge under Pickard’s plea deal.

At the time of his arrest on Oct. 22, 2018, Pickard worked for a company contracted by the Southwest Vermont Supervisory Union to provide school bus services. The supervisory union had said he was not an employee of SVSU or its member districts.

Pickard had surrendered at his home after a 7 1/2-hour standoff with state troopers. He was sent for a mental health evaluation at the Southwestern Vermont Medical Center and has since been detained at Marble Valley.