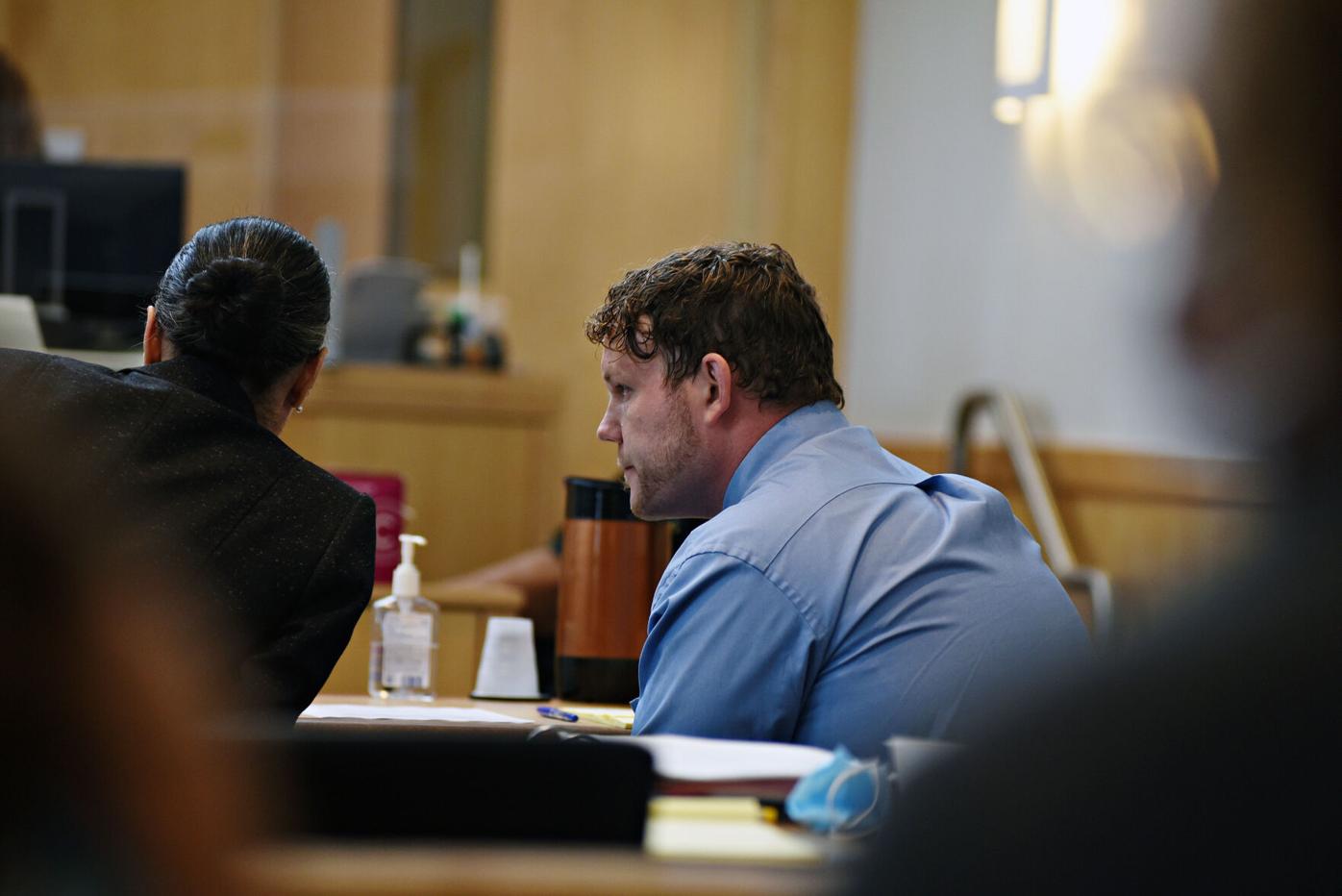 Joshua Boyer confers with his lead attorney, public defender Kate Lamson, on the first day of his retrial in Bennington Superior criminal court on Thursday. 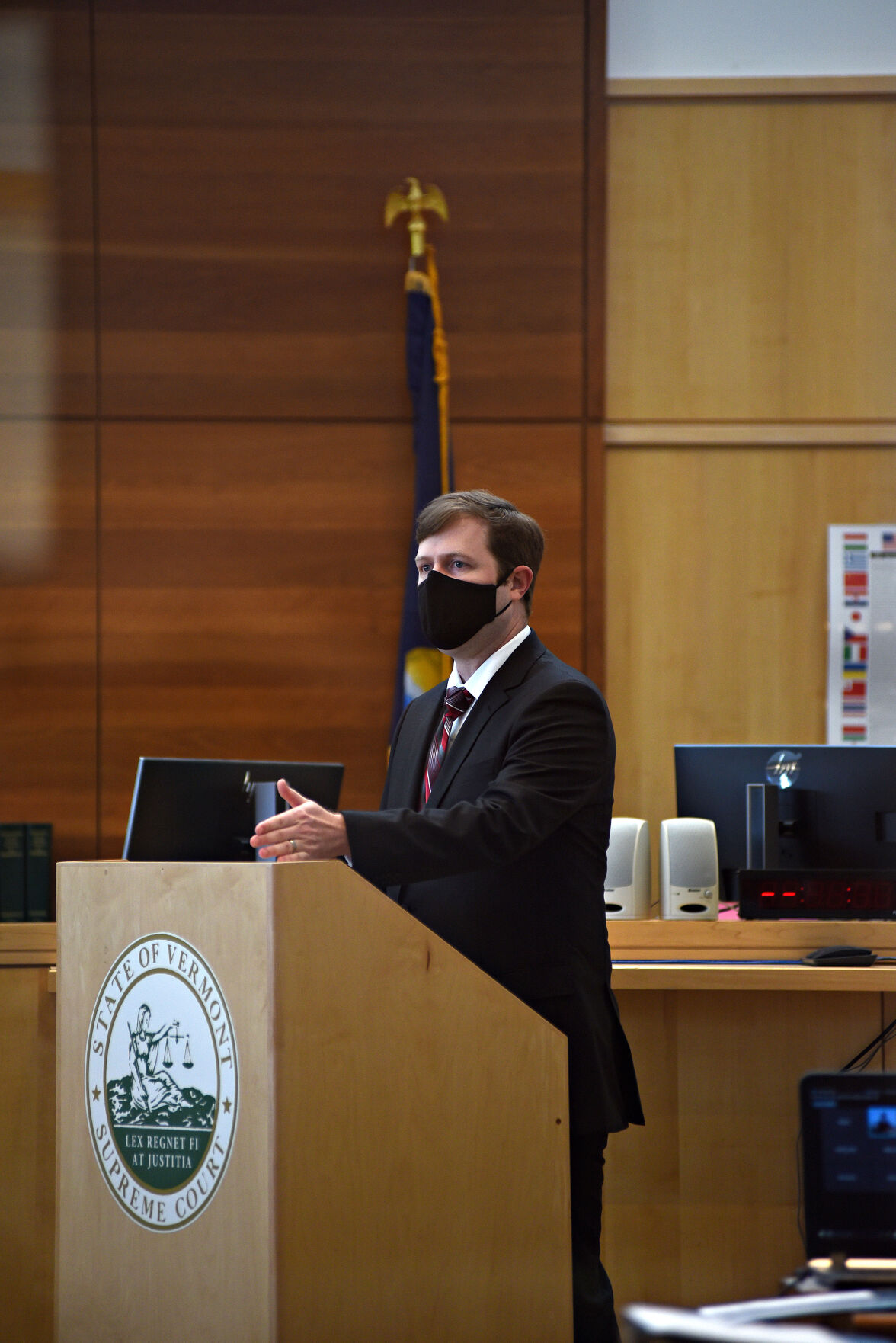 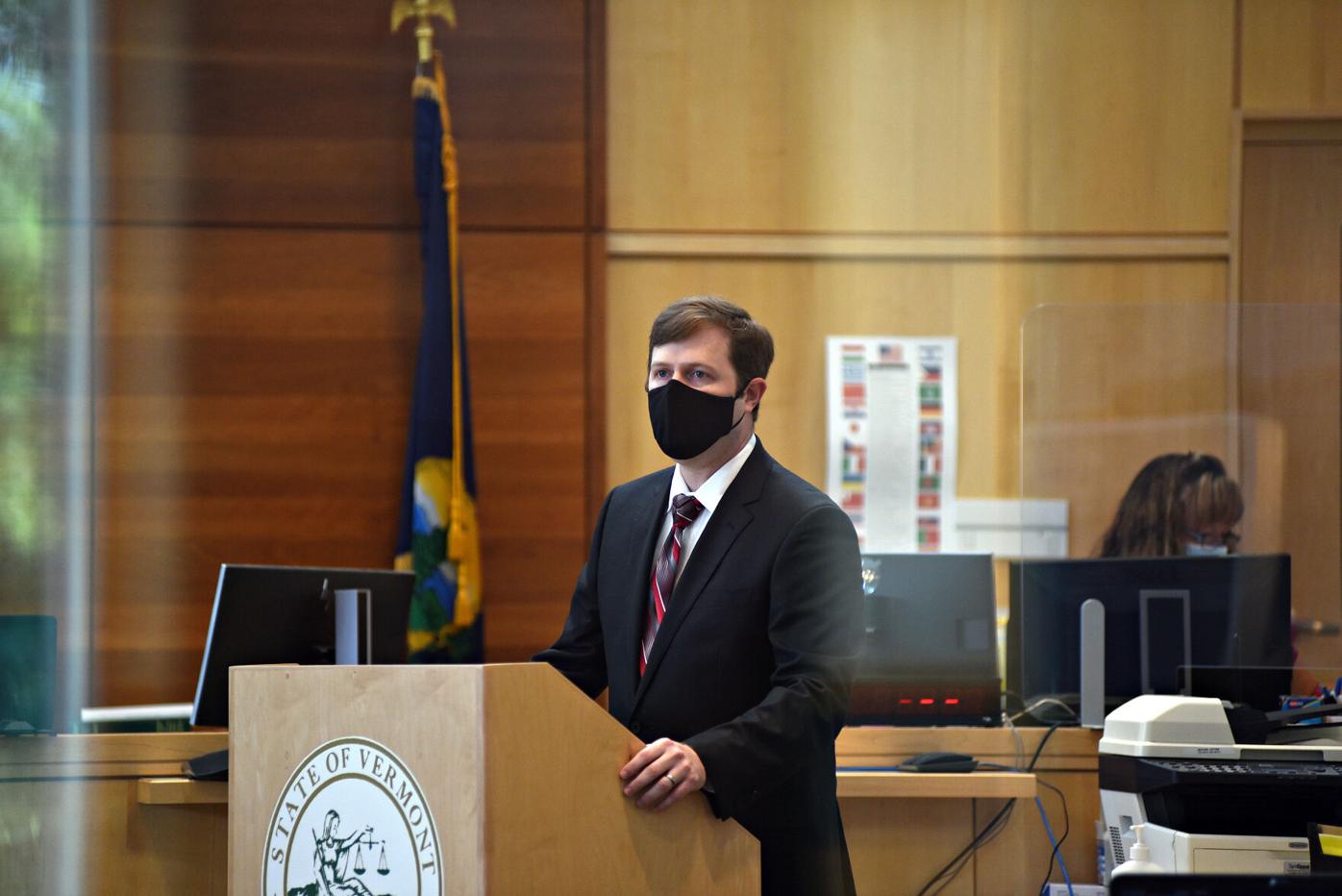 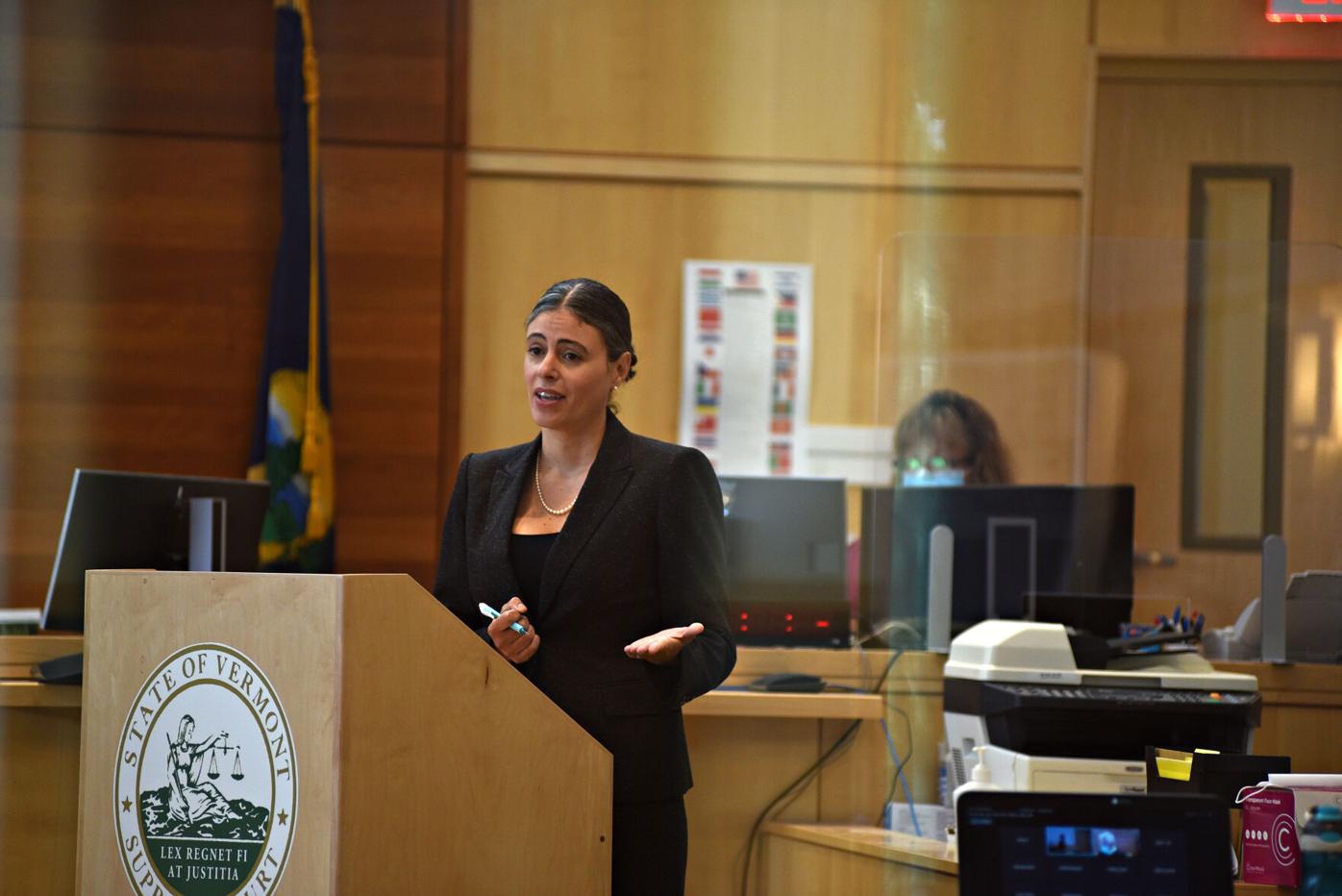 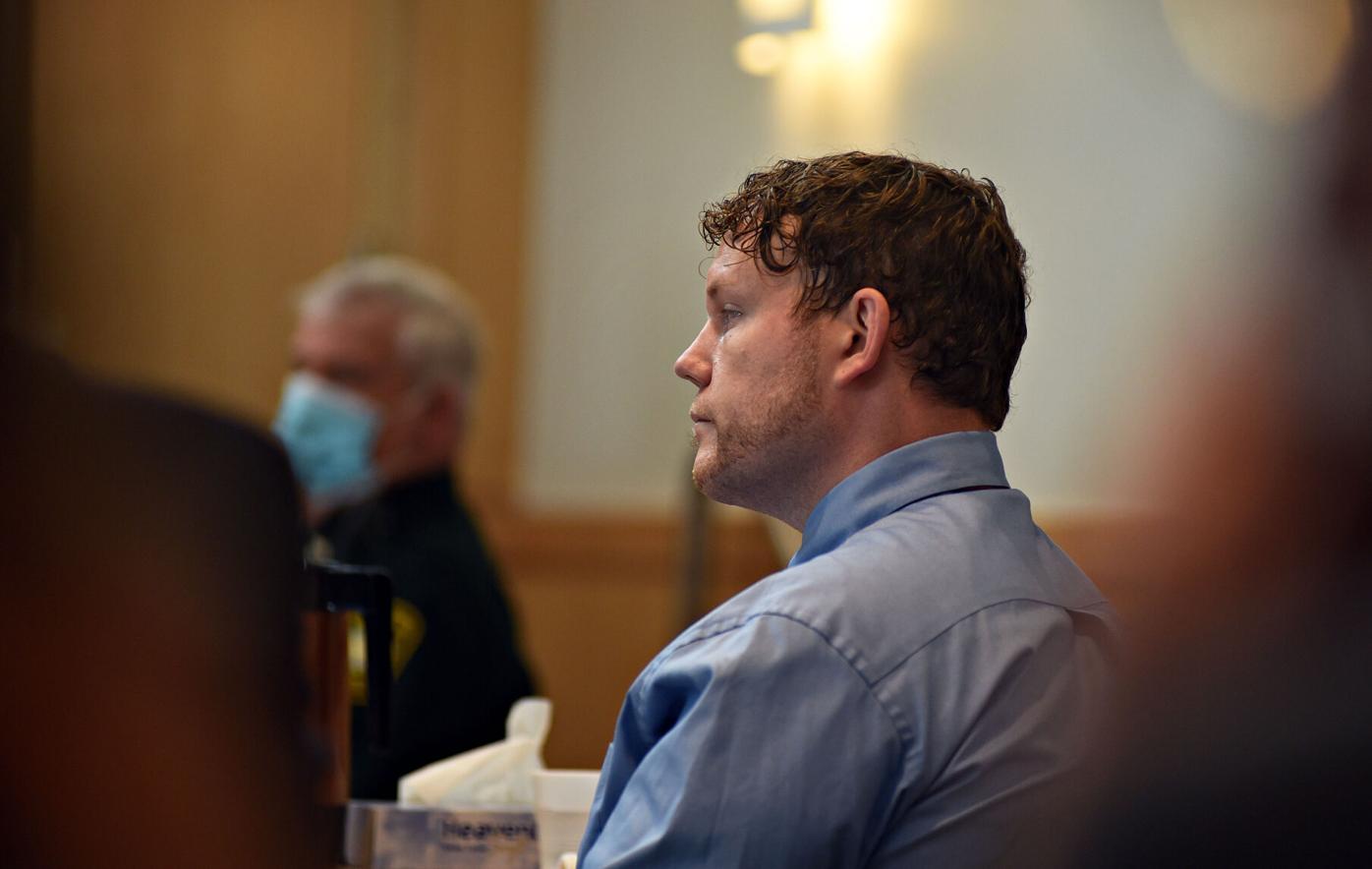 Joshua Boyer listens to court testimony on Thursday, the first day of his retrial in Bennington Superior criminal court. 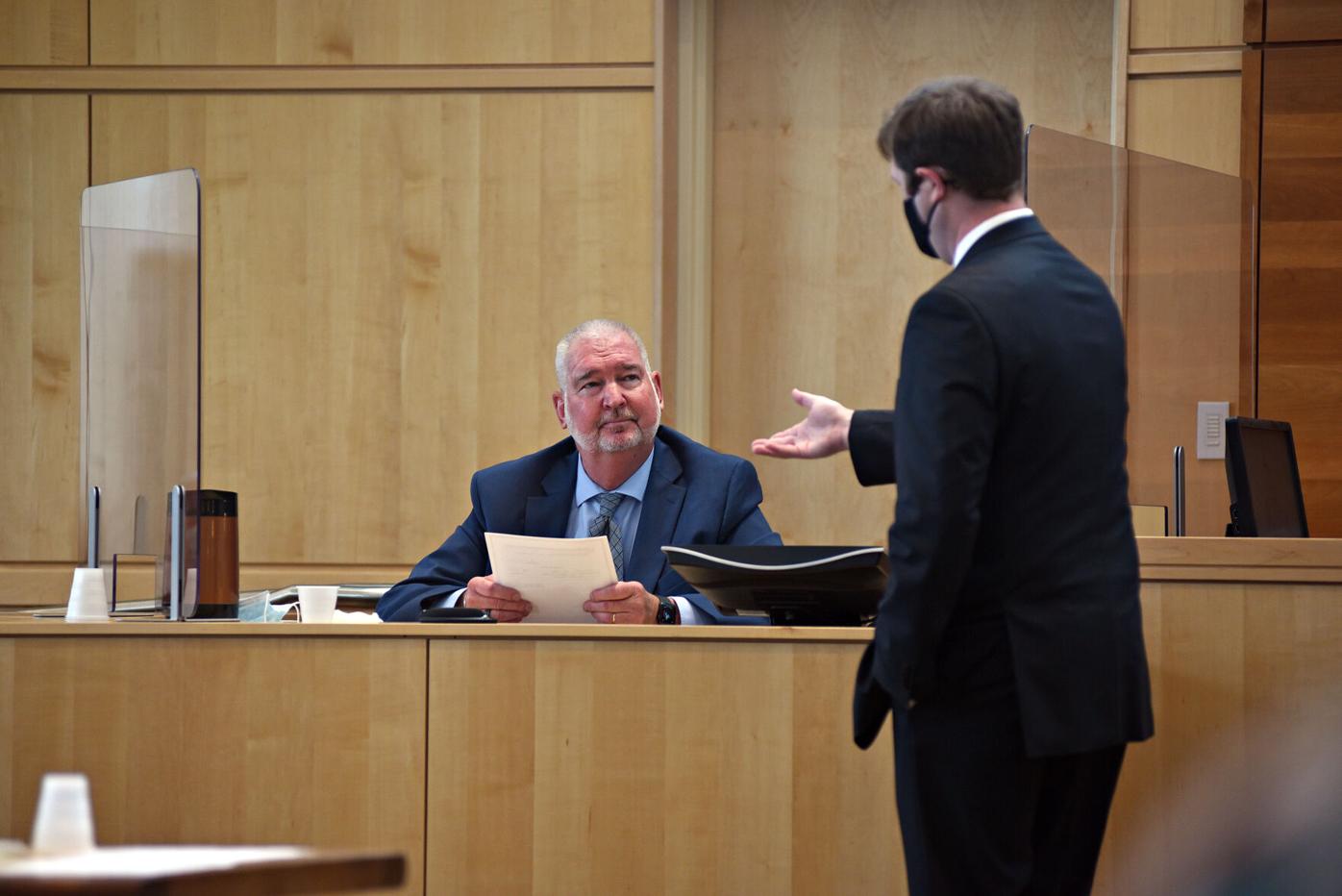 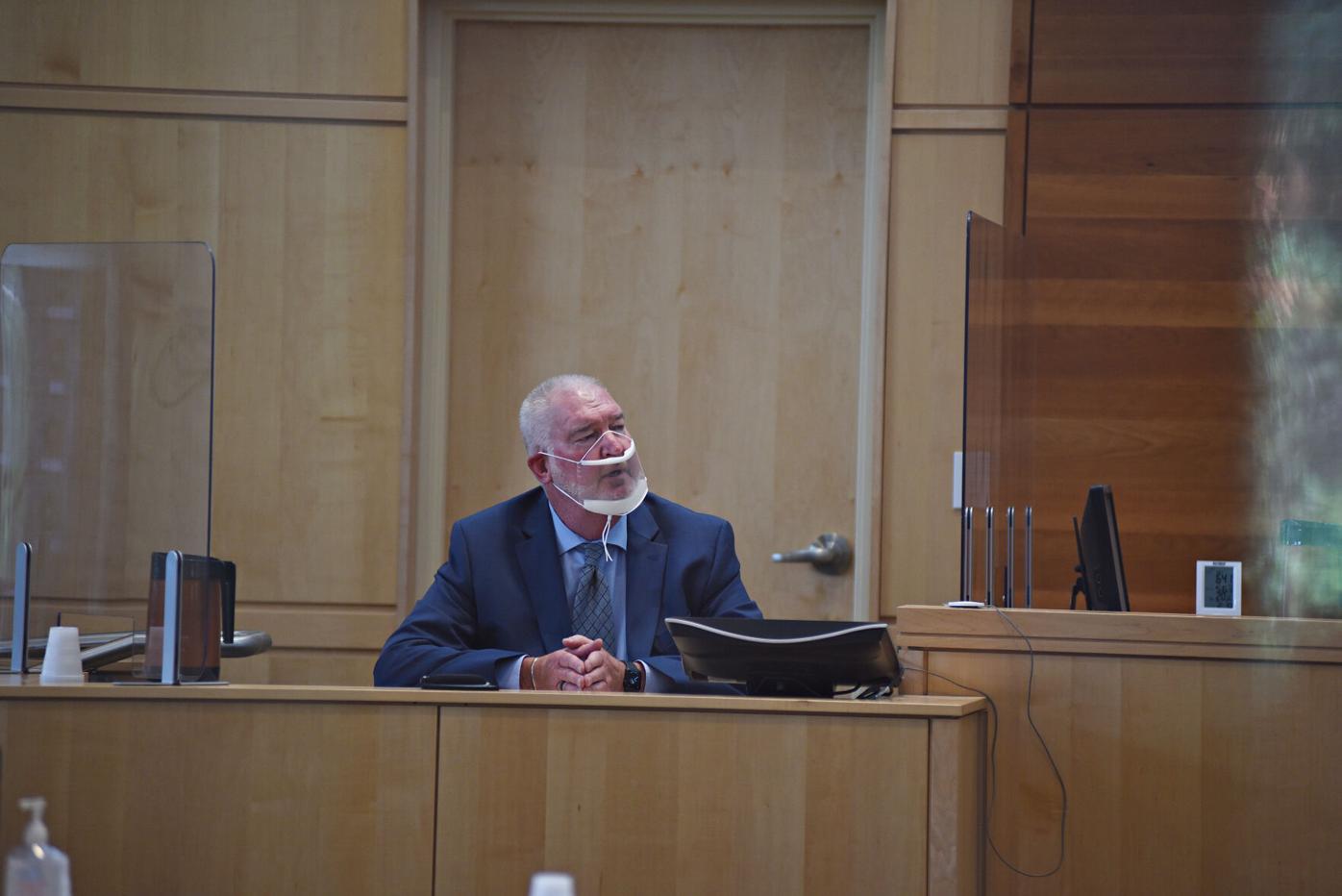 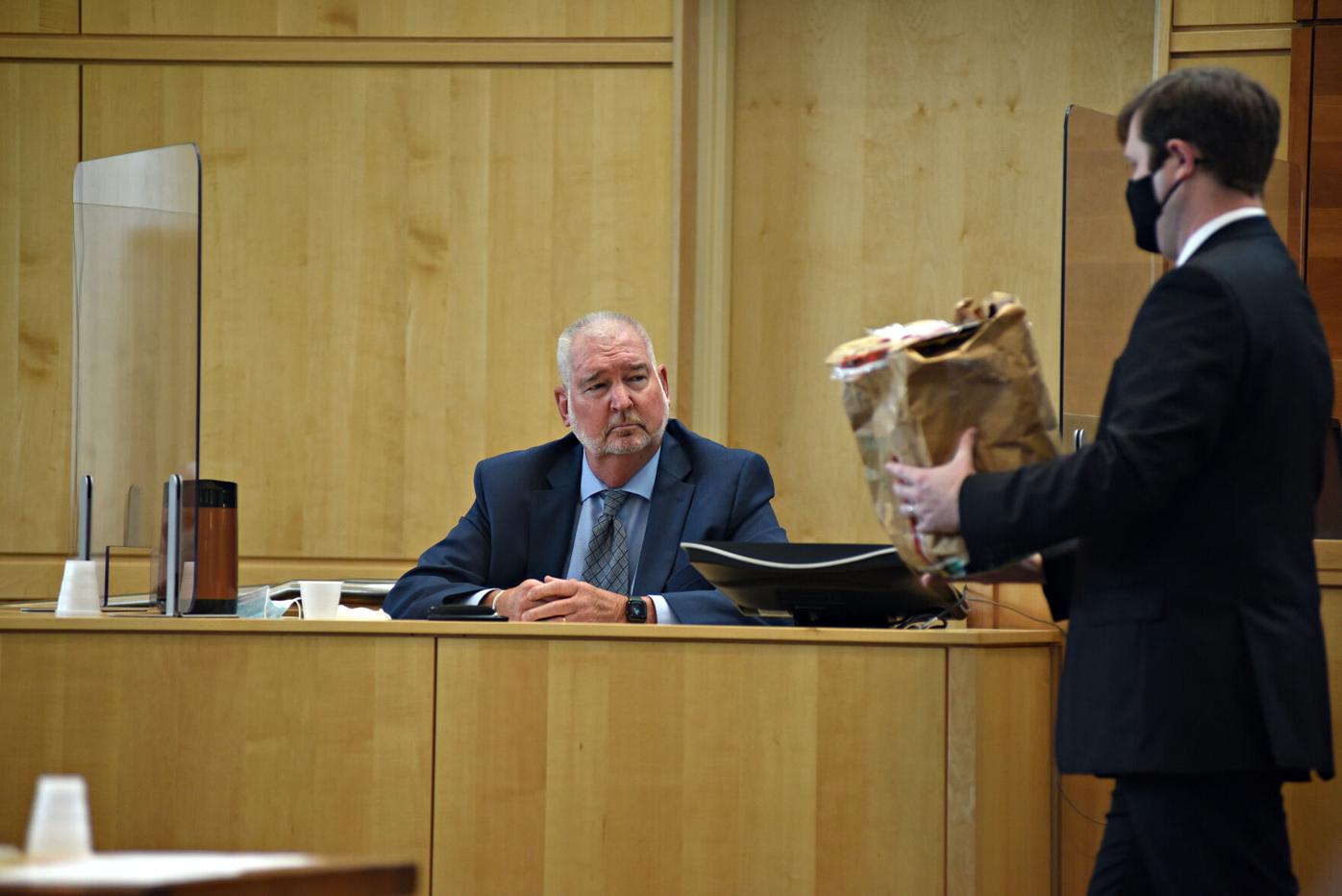 Joshua Boyer confers with his lead attorney, public defender Kate Lamson, on the first day of his retrial in Bennington Superior criminal court on Thursday.

Joshua Boyer listens to court testimony on Thursday, the first day of his retrial in Bennington Superior criminal court.

BENNINGTON — Bennington County on Thursday opened its first jury trial in 16 months, with physical evidence in the child assault case on center stage.

The jury began hearing evidence in a case against Joshua Boyer, a Bennington man accused of sexually and physically assaulting a teenage girl sometime between the summer of 2017 and the spring of 2018.

The girl spent time at Boyer’s house. The prosecutor, Deputy State’s Attorney Alex Burke, said some of the girl’s things had been moved and washed when investigators went to the residence after Boyer was charged in April 2018.

A retired Bennington police detective, Larry Cole, testified that some items from the house trash were collected as evidence. They included a rug and condom wrapper.

The jury heard that the rug had been found wet, as if it had been washed.

Tracey Canino, a chemist with the Vermont Forensic Laboratory, said her testing found the presence of Boyer’s sperm cells on the rug. Another chemist at the lab, Jasmine Drozdowski, said she found the DNA of Boyer and the teenage girl on both the rug and condom wrapper.

In response to questioning by defense attorney Rick Burgoon, the chemists said their lab tests couldn’t tell when or how the sperm cells and DNA ended up on the items. The chemists acknowledged the possibility that the biological materials got transferred to the rug and condom wrapper at different times and through contact with other household items.

Testing on the rug and condom wrapper, they said, didn’t address whether there had been sexual contact between Boyer and the girl.

Lead defense attorney Kate Lamson said “it doesn’t make sense” that Boyer would leave incriminating items in the garbage can right outside his house.

“He didn’t put them in the burn pit, which you’ll see pictures of, that are right next to it?” Lamson said in her opening statement to the jury. “He didn’t choose a different dumpster in town?”

The girl had made up her allegations against Boyer, Lamson said, because of the troubles she was experiencing.

Cole, the former detective, said on the other hand that the teen had looked him straight in the eye while talking about the assault. She was “not hesitant” and seemed to give some thought to his questions before answering.

The girl is scheduled to testify during the course of the trial, which is set to run till Monday. Judge Cortland Corsones is presiding.

This is Boyer’s second jury trial in the case. The first, which took place in November 2019, ended in a mistrial due to juror misconduct.

Boyer has been held without bail since April 2018, the longest held pretrial detainee in a Bennington County case. He has clamored for a retrial after the Vermont Supreme Court paused jury trials in March 2020 due to the COVID-19 pandemic.