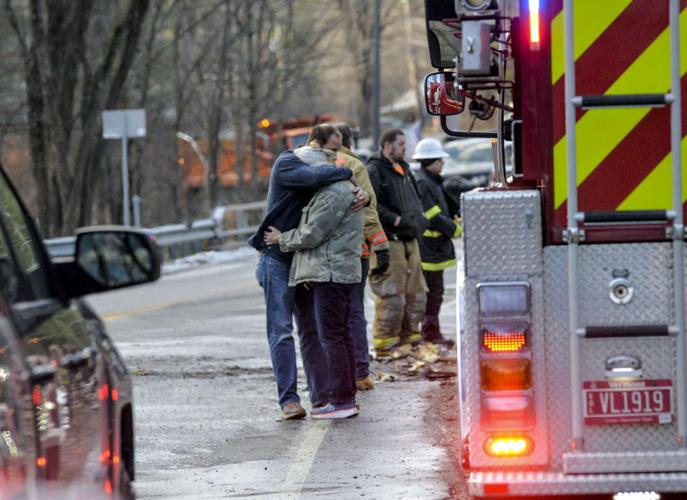 Family members and those in the community gather as investigators sift through the building’s remains after a fatal fire at 521 Route 30 in Newfane on Nov. 18. 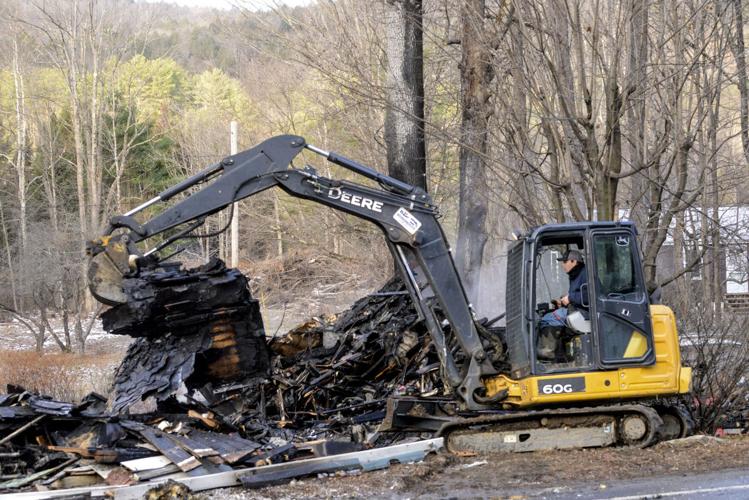 Local and state officials investigate a fatal fire at 521 Route 30 in Newfane on Nov. 18. 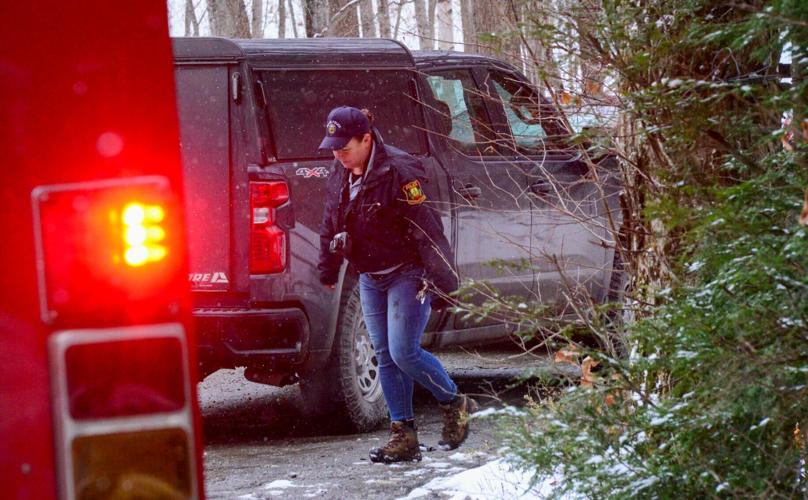 Family members and those in the community gather as investigators sift through the building’s remains after a fatal fire at 521 Route 30 in Newfane on Nov. 18.

Local and state officials investigate a fatal fire at 521 Route 30 in Newfane on Nov. 18.

In less than two months, dwelling fires in Southern Vermont have led to tragic endings for occupants and left questions for the community.

A fire at McNeill’s Brewery on Friday claimed the life of founder and owner Ray McNeill, who was living in an apartment on the property. Officials are waiting on an autopsy for the cause of death.

Brattleboro Fire Chief Len Howard said the cause of the fire will remain undetermined and will not be investigated.

“A lot of the times it’s because there’s obviously many things that could have caused the fires,” he said. “When you can’t eliminate any of those causes, you must go undetermined.”

The investigation of a fire at a home in the retirement community known as Black Mountain Estates on May 29 came to the same conclusion, Howard said. Several pets were killed in the fire.

Eve Nyrhinen, McNeill’s daughter, took to Facebook to tell the community that despite the structural instability of the building and first responders not being able to go inside in the case of an emergency, her father decided to stay in the building. She said he had an extensive sprinkler system, and there hadn’t been a fire during his decades there.

“Anyone who loved him knew that you couldn’t tell that man what to do,” she wrote.

Nryhinen explained that McNeill had plans to renovate the bar, which had been closed since the COVID-19 pandemic. He “booked a tiny beach house in Baja, and planned to drive out here to Reno to spend some time with his grandkids and then drive on to there,” according to the post.

“He drained the sprinkler system, so the pipes wouldn’t freeze while he was gone,” Nyrhinen wrote. “He had ‘a few more errands’ to do, and there were storms rolling into the Rockies and around Reno this weekend, so he stayed a few extra days. It never occurred to anyone that it was unsafe for him to stay in his apartment after the sprinkler system had been drained.”

Nryhinen suspects the fire likely started from an old multiport electrical outlet behind her father’s television next to stacks of magazine. She believes he was probably asleep when the fire occurred, as he told several people he was going to bed shortly beforehand.

“I was an EMT in college, and the one cardinal, inviolable rule was that you do not proceed onto a scene until it is cleared for safety,” she wrote. “You cannot risk losing a second life. My heart goes out to the firefighter who had to climb back down that ladder and tell the crowd they’d done everything they could. As a doctor, I remember the names and families of every patient I have failed to save. Each one was followed by months where I tortured myself with alternate scenarios where they might have lived.”

Nryhinen advised community members to “extend your love and support to the Brattleboro Fire Department. They followed protocol. They made decisions that might have prevented losing a second young hero’s life.”

In an interview Monday, Howard acknowledged the seemingly high number of fatal fires in the region in the last few weeks.

Early Friday morning, a yet-to-be-identified woman was killed in a fire in a single-family residence in Readsboro. The Vermont State Police said the extensive amount of damage limited the investigators in their ability to determine the origin and cause of the fire event, however, the fire does not appear to be the result of a criminal act. The homeowner was not at home at the time of the fire.

A fatal fire occurred at an A-frame seasonal camp site in East Dover on Nov. 15, and a body was found two days later.

“We won’t have information on the identity for a long time,” Michelle Mann, office manager for the Dover Police Department, said Monday. “I don’t know how long to get an answer on the cause.”

An explosion in a Newfane home killed Russell A. Buzby on Nov. 18. His home erupted in flames during the early morning hours, with neighbors reporting they heard a loud explosion and then saw flames. Several other smaller explosions also were reported.

“The investigation is ongoing,” said Adam Silverman, public information officer for the Vermont State Police. “We will send an updated [news] release when there is further information to share.”

Fire departments in the U.S. responded to a fire every 23 seconds in 2020, according to the American Chemistry Council’s North American Flame Retardant Alliance. That year, firefighters responded to about 1.4 million fires resulting in 3,500 civilian fire fatalities and an estimated $29.1 billion in property damage.

Red Cross suggests installing smoke alarms on every level of a home, inside bedrooms and outside sleeping areas; testing smoke alarms every month; and talking with all family members about a fire escape plan and practicing the plan twice a year. If a fire occurs inside a home, the organization advises people to get out, stay out and call for help.

The National Fire Protection Association recommends staying in the kitchen when cooking, giving space heaters at least 3 feet of room from anything that can burn and turning them off while sleeping, smoking cigarettes or other products outside, keeping matches and lighters out of reach of children, inspecting electrical cords and replacing those with damage or cracks, keeping candles at least 1 foot from anything that can burn and installing sprinklers.