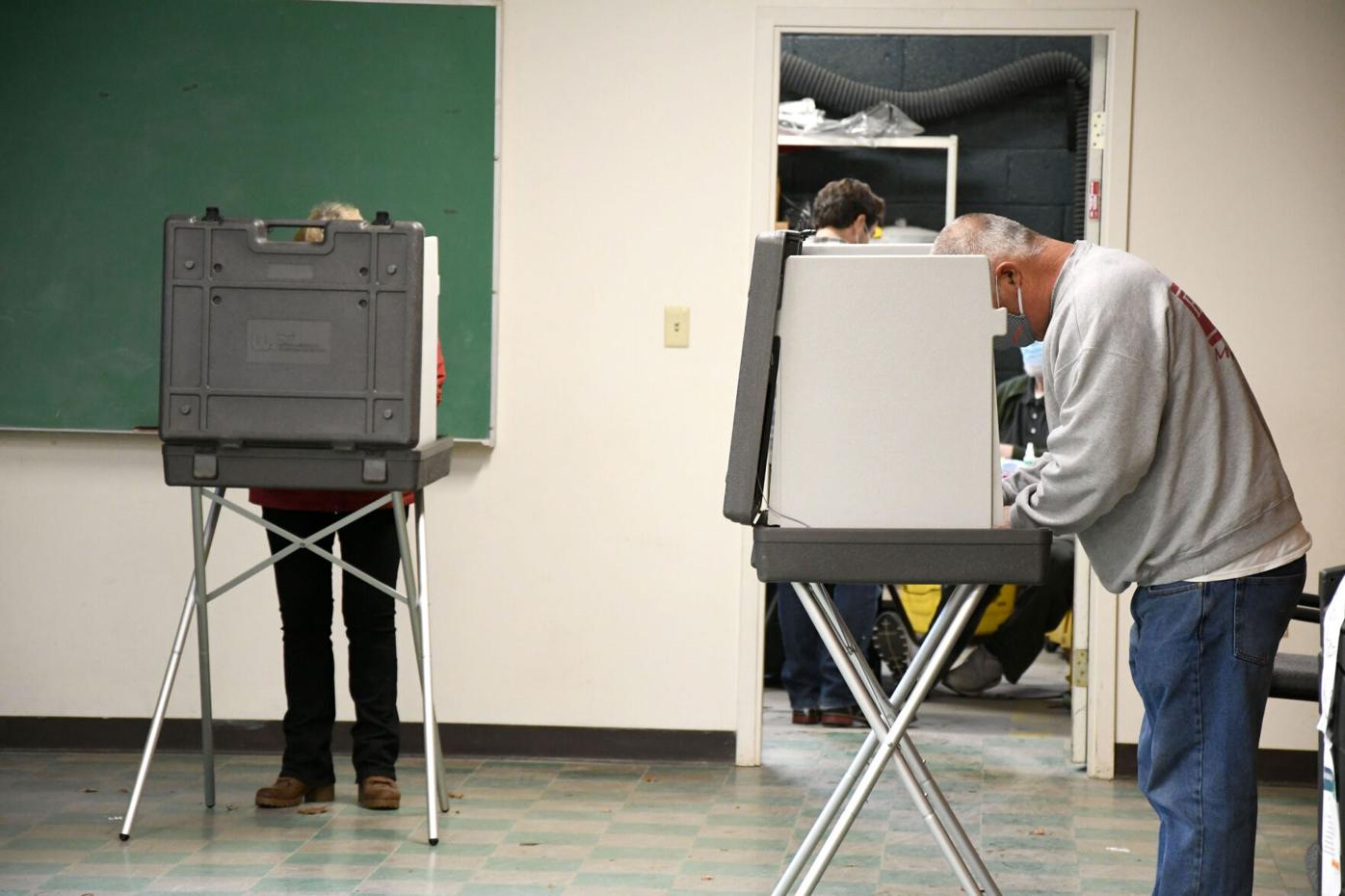 Voting was steady at the polling station at the Pownal Valley Fire Department Central Station last month for a special vote on ATVs. Voters will return on Nov. 3 to cast ballots for president, Congress and state offices. 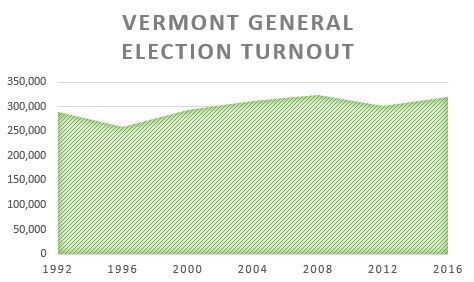 Presidential election turnout in Vermont climbed above 300,000 voters in 2004 and reached a peak with Barack Obama’s election in 2008.

Voting was steady at the polling station at the Pownal Valley Fire Department Central Station last month for a special vote on ATVs. Voters will return on Nov. 3 to cast ballots for president, Congress and state offices.

Presidential election turnout in Vermont climbed above 300,000 voters in 2004 and reached a peak with Barack Obama’s election in 2008.

MONTPELIER — More than 221,000 registered Vermont voters had cast a ballot for Tuesday’s general election as of Wednesday morning, giving Secretary of State James Condos confidence that this year’s turnout will eclipse the number voting in the 2016 general election.

Condos, in a news conference Wednesday morning, outlined how Vermont voters who have yet to cast a ballot may still do so up until 7 p.m. on Election Day. He expressed confidence that unofficial results will be available before Vermonters go to bed. And he thanked voters, in addition to town clerks and election volunteers, for their overwhelming response — a turnout that shattered the state’s previous early voting two record weeks ago.

“The numbers speak for themselves but the bulk of the credit goes to Vermonters in every city and town across the state, whom I would like to thank for embracing the safe, secure voting options available to them during these challenging times,” Condos said.

Under the early voting plan, passed by a vote of the Legislature as a means of stemming the spread of COVID-19, every registered voter was mailed a ballot for the general election. The intent was minimizing long lines and crowds on Election Day.

COVID-19 is surging again and we are glad we planned for the worst,” Condos said of the plan.

Whether Vermont will retain universal early voting by mail remains to be seen. The authority granted by the Legislature was specific to 2020, and ends on Dec. 31. While Condos is open to discussing it with the Legislature, those discussions have not taken place, he said.

“If that want to go that way, that’s a policy decision the legislature has to make,” Condos said. The same goes for whether to continue waiving the signature requirement for ballot access, a provision that also expires at the end of the year. (tncms-asset)a02e03ec-1963-11eb-821b-fb473c464429[1](/tncms-asset)

Condos also offered guidance to voters who haven’t returned their ballot yet, did not receive a ballot in the mail, or want to vote in person.

Ballots can be returned to directly to town clerks or to secure voter dropoff boxes until Monday. On Election Day, they can be dropped off or voted on at the polling place, or registered voters can request a blank ballot on the site.

Between 3 and 3.5 percent of early ballots submitted in the primary election were ruled defective under state law, Condos said, mostly due to confusion over what to do with unvoted party primary ballots. He expects the rate to be around 1 percent for the general election, as there’s just one ballot to fill out.

The state’s town clerks, Condos said, are “election superheroes” for the way they have responded to the challenges of handling a presidential election during a pandemic.

“They’re working incredibly hard to keep the front door of our democracy open,” Condos said. “Make sure you thank them.”

Condos also addressed a change in procedure that preserves the right of Vermonters to challenge a ballot, as provided under state law.

Vermont election law allows representatives of a party, candidate or ballot question campaign to see or hear the name of a person voting, and the right to challenge that the person is who they say they are, and whether they’ve already voted. They are not allowed to otherwise interfere in the election.

However, any person wishing the right to challenge ballots must notify their town clerk, in writing, not later than Friday, providing a name, which party or candidate they’re representing, and when they intend to be at the polls.

Condos said the requirement was added so that election officials ensure polling places can comply with COVID-19 guidelines and plan ahead for safety.

Asked whether that’s in response to President Donald Trump calling for observation of polling places, Condos said the move was already envisioned in order to comply with COVID-19 precautions. He said the law allowing for observers to challenge voters has rarely been applied.

UP UNTIL ELECTION DAY

The Secretary of State's office recommended that ballots be mailed by last Saturday, Oct, 24 to assure their arrival with your town clerk.

As that date has passed, you're now advised to turn in your ballot by hand or vote on Election Day. Remember: The town clerk must have your ballot in hand by 7 p.m. Election Day or it will not count.

• Drop off your ballot at the Town Clerk’s office during normal business hours. Call ahead or check online to make sure the office is open.

• Drop your ballot in a secure ballot drop box. About 175 towns in Vermont have such boxes; again, check with the town clerk for availability and locations.

Check ahead. Some polling places have changed location to comply with COVID-19 protocols. Check your town website or contact your town clerk.

Come prepared. Bring a mask, your ballot and a pencil or black ink pen (not a Sharpie or similar permanent ink marker). If you arrive without a mask or a pencil/pen, one will be provided.

Clerks and officials will have personal protective equipment and cleaning supplies. Workers have been health screened, and names, contact information and shift times will be recorded to enable contact tracing if necessary.

• You can bring your completed ballot to the polling place and feed it into the tabulator or give it to the proper election officials.

• Or you can bring your ballot unvoted and fill it out at the polls.

• Don't have a ballot? You will be asked to sign a sworn affidavit stating that you have not yet voted. Knowingly voting more than once in an election is punishable by a fine of up to $1,000 under state law.