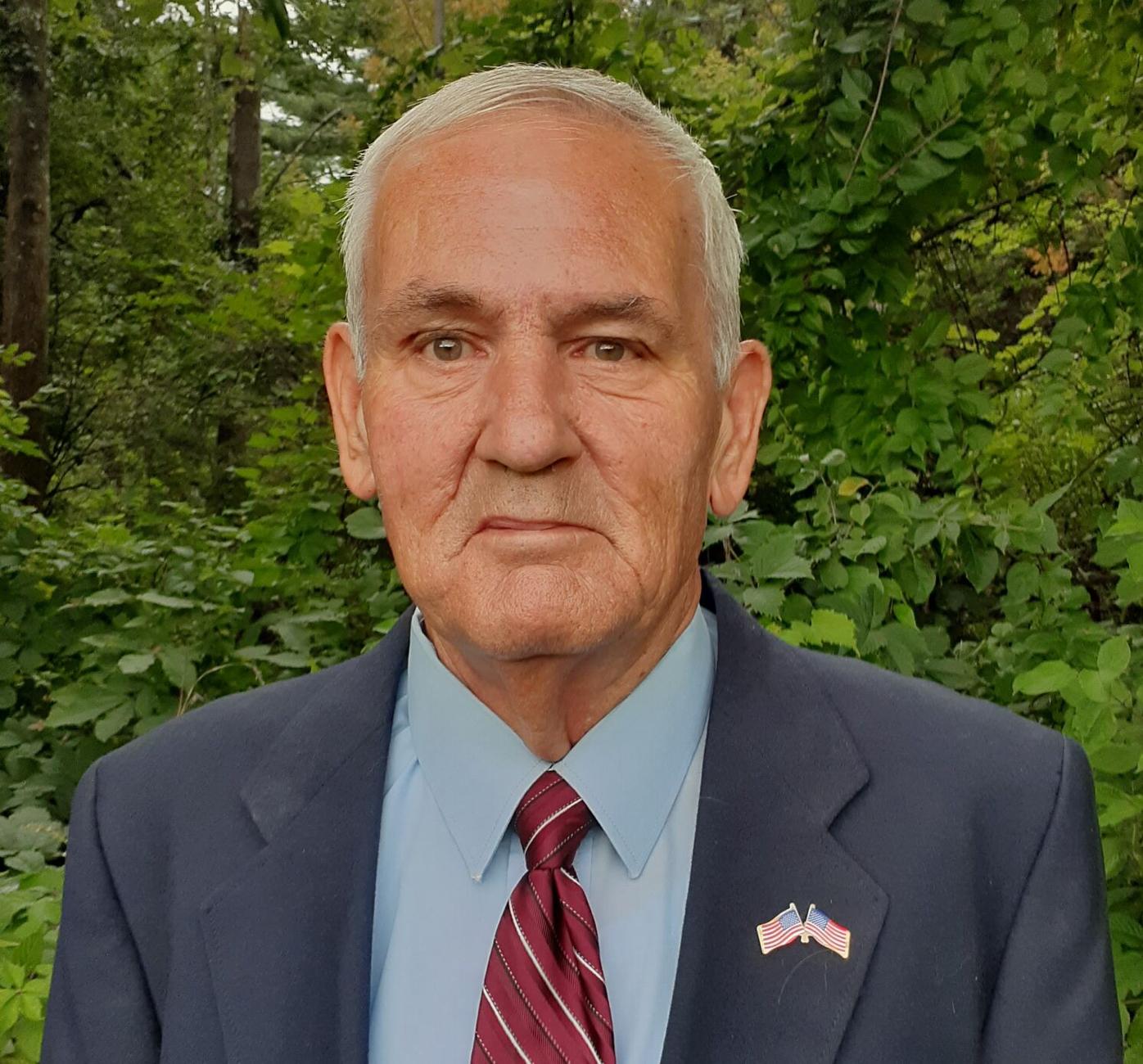 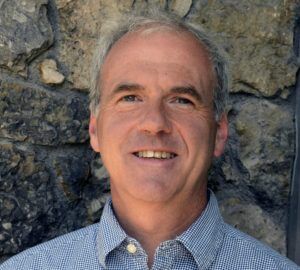 In public statements, the two candidates have highlighted several points of disagreement about what the district and state need going forward.

Harwood, a Shaftsbury resident, defeated school board member Fran Kinney in the Aug. 11 primary for the Republican nomination in the House district.

Durfee was elected in 2018 to the Bennington-3 seat, defeating Shaftsbury Select Board member Tim Scoggins in the Democratic primary and later succeeding longtime Rep. Alice Miller, D-Shaftsbury, who did not seek another term. In the Legislature, Durfee serves on the House Committee on Health Care and is a member of the Joint Carbon Emissions Reduction Committee.

KEY ISSUESIn talking to residents of the district, Harwood said, “I point out that I refuse to put up political signs, plead for campaign contributions, or delve into national politics; and have a lot of disdain for those who do.… I have made it clear that, though I run under the GOP banner, I’m much more of a conservative libertarian. I will not kowtow to any political leadership in Montpelier nor be a bobble-head in a Representative’s desk; but rather will represent the will of my specific constituency. Vocal, intimidating interests will not sway me from the wishes of my constituents. My career of military discipline may help out in that respect.”

He added in an email this week, “Transparency in government will be a primary interest. I do not see adequate, if any, communication between those who are elected to represent the electorate, and the people that pay the bills. I plan on using electronic media to the maximum for routinely keeping taxpayers informed about where their hard-earned money goes, and I will always solicit input from all. I believe that we can reduce oppressive property taxes, especially for senior citizens.”

Commenting on other current issues, he said, “I believe that law enforcement is a critical element of a civilized society.

In Vermont, I do not want to fix something that is not broken; especially by non-professionals. I salute the law enforcement community.”

He added, “I believe that guns do not kill people, but people do. Our constitutional rights and protection should never be abridged. People who know nothing about guns continue to show their total ignorance of the same.

“I love and cherish our environment.” Harwood continued. “I believe that all of us are equal, with each of us absolutely entitled to individual respect. That includes governmental respect for the taxpayers.”

Among his key issues, Durfee said, are promoting “an economy that works for everyone, with access to affordable childcare and paid family leave for new parents.”

Other priorities, he said in an email, are “energy policies that confront climate change, including participation in the Transportation Climate Initiative; local control of schools and education funding, with accurate pupil-weighting to ensure fairness across the state, and less reliance on property taxes.”

As a member of the Committee on Health Care, Durfee said he is “working to bring high-quality, affordable health care to all Vermonters.”

He said he’s also a member of the Climate Solutions Caucus, the Vermont Rural Economic Development Working Group, and the Older Vermonters Caucus.

In building on the Legislature’s success in protecting Vermonters from federal assaults on the Affordable Care Act, Durfee said, “I’ll be working in the next session to make healthcare more affordable for more Vermonters (particularly those affected by the so-called fiscal cliff). I’ll also support much-needed investments across the mental healthcare system.”

An ongoing priority for him, Durfee said, “is improving access to high-quality childcare for working parents. This means both expanding the availability of services, and making sure families can afford the cost.”

The pandemic, he said, “has reinforced how important this is for a functioning economy and society, and we know how critical it is to get kids started off on the right foot. In the same vein, I would continue to work hard for a universal paid family leave program — which came within one vote of passing last session.”

He added, “I support maintaining a woman’s existing right to choose in Vermont, especially in the face of a potential Supreme Court challenge,” and that, “As a member of the Climate Solutions Caucus, I will continue to support coordinated efforts to curb greenhouse gas emissions, helping the state be better prepared for flooding and other natural disasters linked to climate change, and creating good clean-energy jobs.”

POINT, COUNTERPOINTIn a recent letter to the Banner, Harwood took aim at several positions or votes Durfee took during the past term, and the incumbent responded this week.

Harwood cited Durfee’s support for a “pay increase for legislators,” and a vote in favor of the Global Warming Solutions Act, which aims to reduce fossil-fuel emissions in Vermont.

Critics say the act will lead to regulatory or other changes that will hike expenses for average citizens for gasoline and fuel oil.

Harwood contends that, “No cost-analysis was made of what the impact of meeting these new mandates might be, nor any disclosure of what rules might be in the ‘action plan.’”

Harwood also said Durfee supported what he termed a “doubling the tax on home heating fuels;” and “providing $5 million to undocumented immigrants as an in-kind stimulus payment,” as well as a “proposed [state] Constitutional amendment guaranteeing abortion from conception to the moment of birth.”

“Personally, I would not support any of the above,” Harwood wrote. “However, as a representative, I would vote as the constituency desires.”

In his responses, Durfee said the proposed abortion-related amendment doesn’t refer to “the moment of birth.”

“This proposal would not change current reproductive rights in Vermont,” he said, “but would lock in protections in the face of a likely new Supreme Court ruling on Roe v. Wade.”

Concerning pay raises for lawmakers, Durfee said, “I did not vote in June to increase legislative pay for the 2020 session, or the 2021 session for that matter … Any future pay changes will be tied to changes provided in the pay for the governor and other statewide office-holders — which will be decided in future years, by future legislatures.”

On the proposed fuel tax bill, H.439, Durfee said, “This bill would have expanded the popular home weatherization program by adding two cents per gallon to fuel bills. There is general agreement that this program has been a successful, cost-effective investment, and it has the added benefits of being good for the environment, and creating good jobs in the clean energy field.”

He also said, “It was actually Gov. [Phil] Scott’s idea to provide stimulus payments to Vermont residents without Social Security numbers — including the migrant farmworkers who provide the backbone of our struggling dairy industry. I supported fully funding this proposal — as did all but a few members of the Legislature.”

A Navy veteran, Harwood, 68, said he served as an aircraft maintenance officer, retiring as a lieutenant commander after 20 years. He was assigned to aircraft squadrons, aircraft carriers and staffs, and his career included combat operations.

He later worked as a defense contractor in support of the Navy for reliability and maintainability engineering relating to tactical aircraft systems.

Durfee worked for more than 25 years for small businesses, and for eight years was the general manager of a community owned food co-operative, Wild Oats Market, in Williamstown, Mass.

He now is a consultant to cooperatives, nonprofits and small businesses.

A former teacher, he has been a director on the Mount Anthony Union District Board since 2012, and previously was a member of the Shaftsbury School Board.

He graduated from Williams College and received a master’s in business administration from Cornell University.