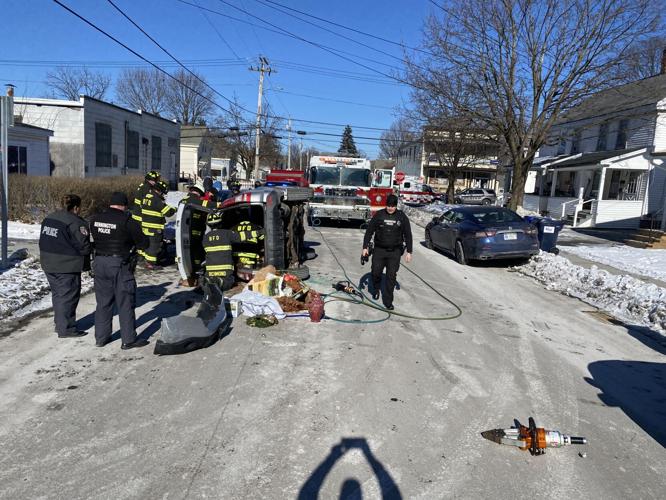 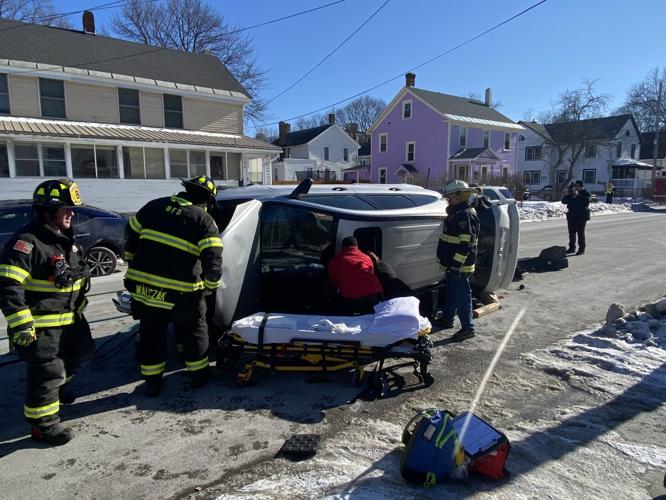 BENNINGTON — Police and rescue personnel responded to a motor vehicle crash Wednesday on Park Street in which one car flipped on its side, leaving the driver trapped.

According to police, Lucinda Greene, 66, of Bennington was extricated from her 2009 Honda CRV and transported to Southwestern Vermont Medical Center by Bennington Rescue. Greene's injuries were not life-threatening.

Bennington Police, Rescue and Fire responded to the intersection of Park and Gage streets at 12:16 p.m., and found Greene's vehicle on its side. The Honda CRV had struck a 2019 Nissan parked on the east side of Park Street. Both vehicles were later towed. That section of Park Street was closed off until both vehicles were removed from the roadway.