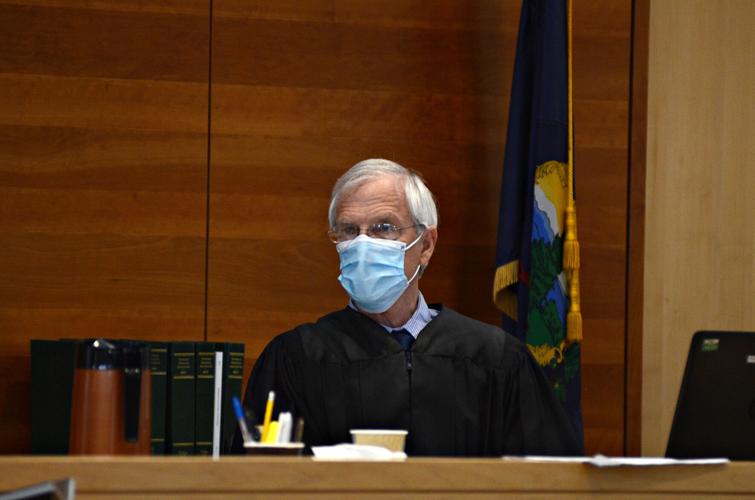 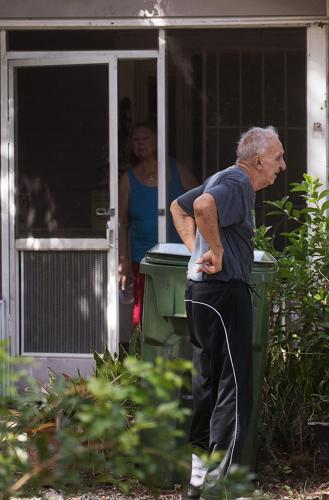 Leonard Forte is photographed outside his Florida home in September of 2019, three months after he told a Vermont court that he “can’t function” and was “on oxygen 24/7.”

Leonard Forte is photographed outside his Florida home in September of 2019, three months after he told a Vermont court that he “can’t function” and was “on oxygen 24/7.”

BENNINGTON — The jury selection for Leonard Forte’s retrial on a three-decade-old child sexual assault case could happen by next March, the Bennington Superior Court ruled on Monday.

Forte, 80, of Florida, is facing three charges of sexual assault, stemming from accusations he raped a 12-year-old girl at his Landgrove vacation home in 1987.

Superior Judge Cortland Corsones’ order to set a jury draw date comes after he found Forte physically able to stand another trial in the case. The court will be scheduling a three-week trial, designed around shorter trial days to accommodate Forte’s advanced age and poor health.

No specific jury draw or trial dates were discussed during Forte’s status hearing on Monday. But Corsones’ pinning down March was a win for state prosecutors, who argued that setting a schedule would serve as a guide to people involved in the case, including the complainant.

“She’s been waiting all these years to see this case get back on the trial schedule,” said the lead prosecutor, Deputy State’s Attorney Linda Purdy. “To not have any date at this point, it doesn’t give any sort of sense of finality to the victim in this case.”

The complainant, Michele Dinko, now 47, attended the remote hearing. She has given the Banner permission to use her name.

Defense attorneys had wanted jury draw and trial dates farther out. Forte’s lead attorney, Susan McManus, said the defense team needed to depose a substantial number of witnesses, including people in New York and Florida. But the court said the fact that the case had previously been tried, and witnesses had already given testimony, should substantially pare down this process.

The jury draw and trial dates could still change in the coming months, depending on how Forte’s and the state’s pretrial motions play out.

The prosecution opposed this, saying Forte underwent a neurological workup in May that should provide the answers sought. Purdy asked the judge to simply take the results of the mental competency evaluation on July 30 and “put an end to the endless request for further testing and argument that Mr. Forte cannot stand trial in Vermont.”

A retired investigator with New York’s Suffolk County District Attorney’s Office during the alleged assaults, Forte was convicted of all his charges in 1988. Each count of sexual assault carries a maximum prison sentence of 20 years in prison.

But the presiding judge at that time, Theodore Mandeville, granted Forte’s request for a new trial, saying the female prosecutor had prejudiced the jury by being too emotional.

The state recharged him in 1997, but the case remained in limbo for more than two decades while Forte continually claimed to be too sick to travel to Vermont and stand trial. Corsones, following a series of evidentiary hearings, ruled in June that Forte is physically capable of being retried. He turned 80 on Monday.