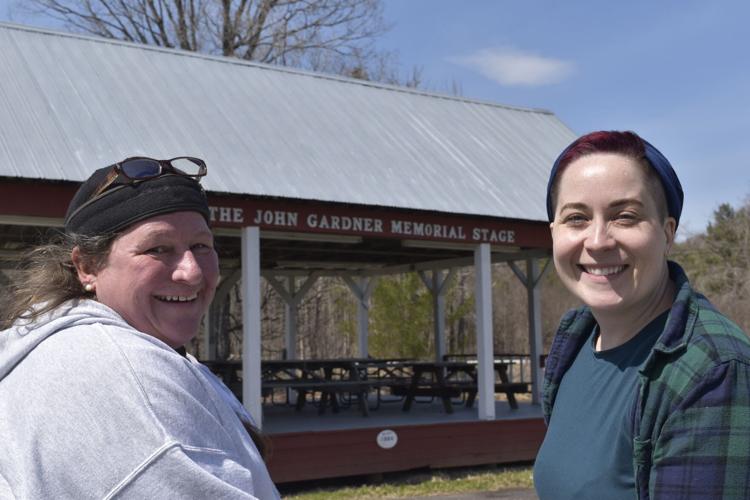 Beth Grant, left, and Dana Popp, of the Winhall Industrial Society, are working to bring bands to the Bondville Fairgrounds bandstand and continue a concert series founded by the late Andy Gluss in 2018. 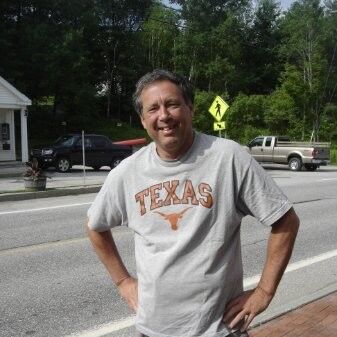 Andy Gluss of Winhall died at home recently at the age of 70. His ongoing music series — the Bondville Concert Series — is being kept alive by the community.

Beth Grant, left, and Dana Popp, of the Winhall Industrial Society, are working to bring bands to the Bondville Fairgrounds bandstand and continue a concert series founded by the late Andy Gluss in 2018.

Andy Gluss of Winhall died at home recently at the age of 70. His ongoing music series — the Bondville Concert Series — is being kept alive by the community.

BONDVILLE — When Andy Gluss of Winhall, the affable and energetic founder of the Bondville Concert Series, died on Jan. 10, it didn’t take more than a day for the Winhall Industrial Society and the community to decide the concerts had to go on.

“It was a matter of who’s going to help make it happen, not whether we were going to do it or not,” society board member Dana Popp said of the quick decision.

In five short years, Gluss, who died at home at the age of 70, achieved his goal of building community through the concerts. Now, the fair’s leadership, with the support of area businesses, is keeping his dream alive.

The first concert, scheduled for June 10, will be presented in Gluss’ honor — and in ways he would recognize and appreciate.

A brass band will parade down Route 30 to the fairgrounds. Bayou X will take the stage at 5 p.m., followed by Erin Harpe and the Delta Swingers, a critically acclaimed Boston-based blues quartet, at 6 p.m.

There will be food and craft vendors, a 50-50 raffle and a passing of the hat to benefit local charities.

What there won’t be is a charge to get in. As Gluss insisted when he started the series in 2018, admission will be free, so folks can enjoy family-friendly fun on a summer evening without worrying about what they can afford.

“We’re trying to do this concert series as close to what Andy did as we possibly can, because he did such a good job,” Popp said Thursday. “He did it because he wanted to give back to his community in some way. And we want to make sure that legacy lives on — so that’s why we decided to continue it.”

Popp and Grant, who is also town clerk and town treasurer (though the concerts are not connected to town government), said businesses that have previously sponsored the concerts stepped up quickly to renew their commitment for the coming summer.

In 2018, the Winhall Industrial Society — the nonprofit group that owns the Bondville Fairgrounds and runs the fair, Vermont’s oldest — agreed to rent the fairgrounds to Gluss for $1 and mow the grass, so he could make his dream of community concerts come true.

Gluss, an avid skier from the New York metro area who adopted Winhall as his hometown and helped found the Mountain Safety Patrol at Stratton, had envisioned the series as a way to raise money for local charities. He also hoped they would bring the community together and provide activity for the fairgrounds, which weren’t getting much use aside from the annual fair.

Putting his connections and enthusiasm to work, Gluss chased down local business donations, so that admission could be free. He booked the bands, found sponsors, obtained town permits and took out the trash on Friday nights when the show was over. (He also called this reporter every spring to inquire about press coverage.) The series only lost one summer to COVID, in 2020.

“He was a social butterfly, for sure,” Grant said, recalling their morning discussions over coffee at the Winhall Market.

This year, a slate of 10 bands has been booked for seven Friday shows this summer at the fairgrounds, as well as a farmers market, craft vendors and food trucks.

Grant said upcoming improvements to the fairgrounds will coincide with this year’s series. She said a $35,000 grant from the state Department of Agriculture will help upgrade electric service and lighting across the grounds — including the stage — and help pay for the insurance for the concert series.

There are still opportunities for sponsors and vendors to get involved, Grant added.

All times 6 p.m. unless noted for opening acts