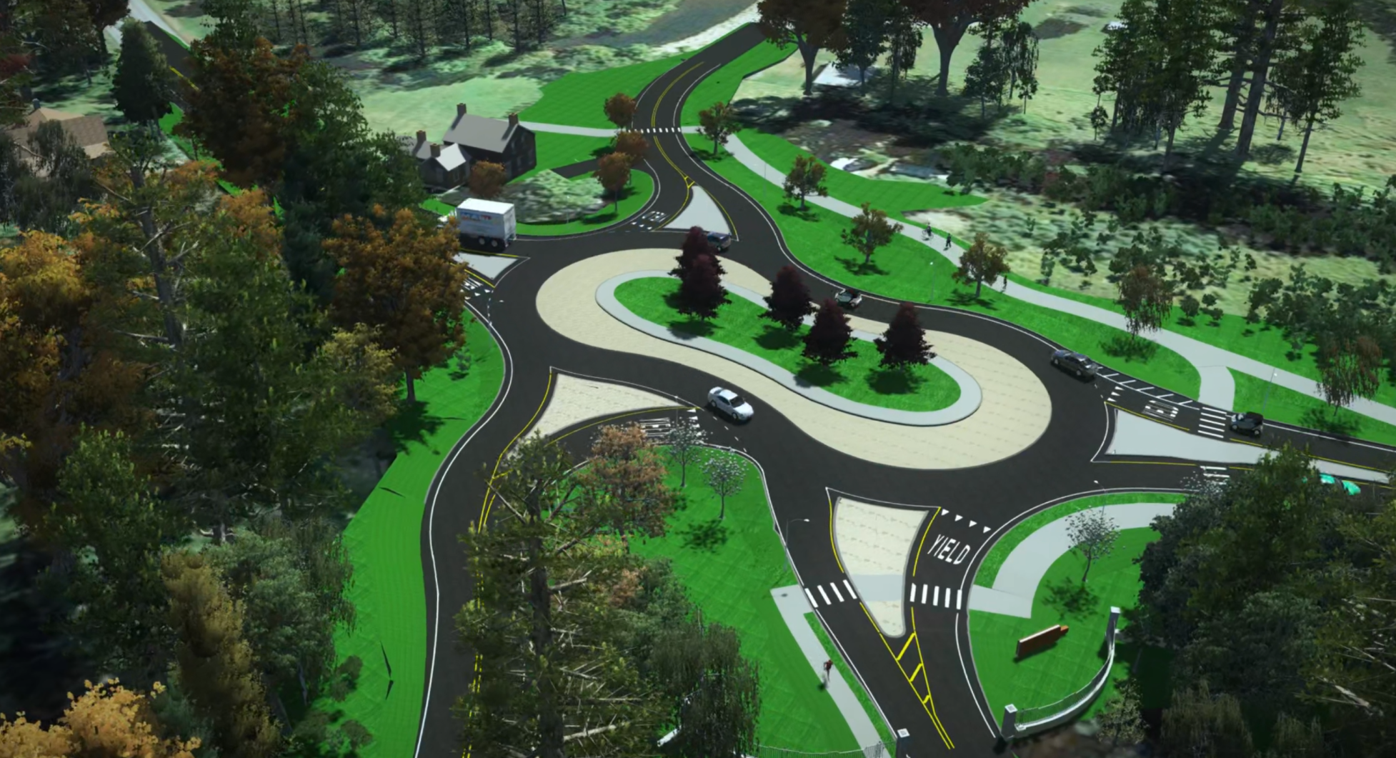 This screen shot from a video presentation shows the peanut-shaped roundabout planned for the entrance of Bennington College and Route 67A. 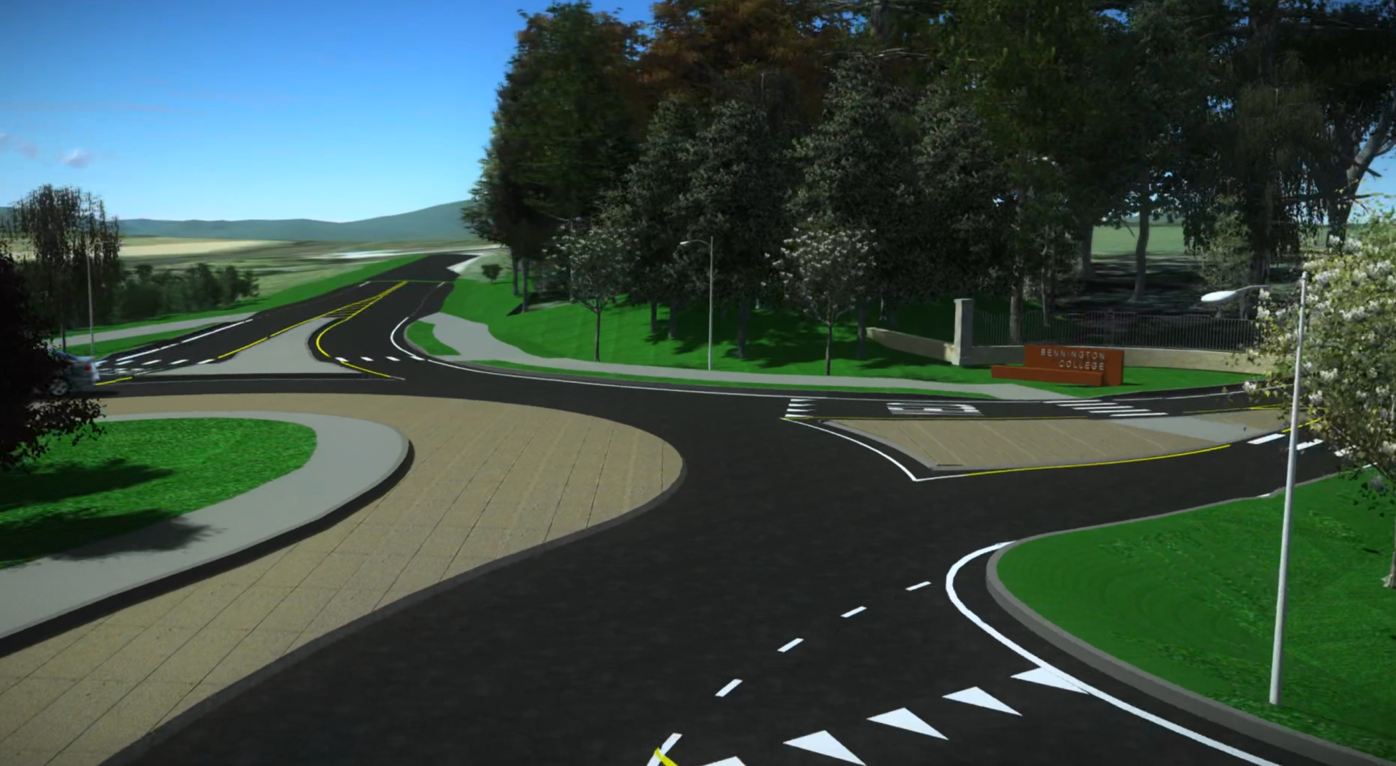 This image from a video presentation shows the proposed roundabout on Route 67A in Bennington. The entrance to Bennington College is at right.

This screen shot from a video presentation shows the peanut-shaped roundabout planned for the entrance of Bennington College and Route 67A.

This image from a video presentation shows the proposed roundabout on Route 67A in Bennington. The entrance to Bennington College is at right.

BENNINGTON — A roundabout on Route 67A near the entrance to Bennington College is moving into the next design stage, which could mean relief is on the way for a five-way intersection widely viewed as a dangerous traffic choke point.

A comment period is in progress, during which project abutters and the public can weigh in.

The next planning phase – preparation of a preliminary project design – is due by July, according to the presentation by Dennis Vertiyev, of Green International Affiliates, and VTrans project manager Michael LaCroix.

Securing necessary property rights-of-way and temporary construction easements is expected to begin in September and extend into next year. Final project design and plans are expected by August 2022.

Officials said construction is expected to begin in April 2023 and will last into 2024.

The proposed “peanut shaped” roundabout is designed to ease traffic flow and promote safety at the intersections of North Bennington Road, (Route 67A), Silk Road, Matteson Road and College Drive.

Comments can be submitted via email to LaCroix at Michael.LaCroix@vermont.gov, or by mail addressed to Michael LaCroix; Project Manager; Vermont Agency of Transportation, Highway, Safety and Design Section; 219 North Main St., Barre, VT 05641

The Select Board and town staff members have been supportive of the concept during past presentations by VTrans and the consultant.

Town and Bennington County Regional Commission officials and others strongly backed the roundabout concept during an initial VTrans scoping study presentation in 2019. State officials consider the intersection one of the most accident prone in the area.

A traffic island installed on Route 67A several years ago left the intersection confusing to many drivers, according to officials, and has not resulted in fewer accidents.

In addition, large trucks entering or exiting the intersection often have trouble maneuvering past the island without mounting the curbing.

The roundabout plan seeks to address those issues and also improve sightlines along Route 67A, and to upgrade bicycle/pedestrian crossings around the intersection with signs and flashing crossing lights.

The shape of the roundabout is that of a shelled peanut laid out along the path of Route 67A near College Drive and the other intersections.

• New lighting and utility poles and a larger island with landscaping and plantings would alert drivers to the intersection.

• The peanut shape (rather than an oval) would be intended to tamp down traffic entrance speeds while allowing vehicles to pass through without long stops.

• Two-foot-wide graded curbing would be installed around the center island, allowing large trucks and other vehicles to ride up on without striking a vertical curbside when making turns.

Visualizations in the presentation show how the approaches to the intersection would look, compared to how they appear to drivers today.

Also in the design are a stormwater mitigation area to the west of the roundabout surface, and a stone swale at the base of Matteson Road, also for stormwater control.

Jayson Gauvin, of Green International Affiliates, displayed traffic flow projections at peak travel periods at each of the entrances by 2043. The projections estimate an overall average of about 5 seconds to traverse the area.

Gauvin said the state gives an unsignaled intersection requiring less than 10 seconds to cross during peak traffic periods an “A” or top rating.