Hans Heck and his sister, Karen Heck, pictured during a 2018 visit to Peru, their country of birth. 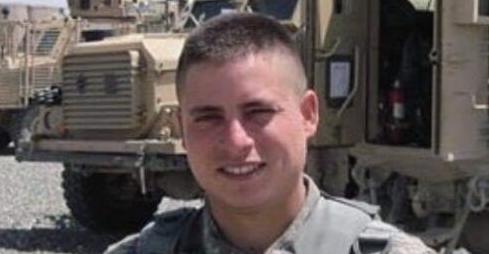 BENNINGTON — A housemate of a man who went missing earlier this month and was later found dead in the woods claims police didn’t act quickly enough because of his race.

“I believe he was racially profiled and they just left him to die,” Krawczyk, a Bennington resident, said in a public comment during Monday night’s board meeting.

Heck, 35, was a Hispanic American born in Peru, according to a provisional copy of his death certificate. It identified him as a military veteran who served in the Persian Gulf.

Town police earlier said Heck was found dead Jan. 11 in a heavily wooded area of Bennington, about 200 yards off Route 279. His body was found three days after his pickup truck reportedly got into a rollover crash along the highway and he fled from the site on foot.

Bennington police said they searched for him that night of Jan. 8 and resumed looking on Jan. 10 after Heck’s family and friends reported that he hadn’t been found.

Krawczyk told the Select Board that police didn’t restart the search until family and friends stressed that Heck was missing. Police apparently asked Krawczyk on Jan. 10 to tell Heck to turn himself in when he showed up.

“We pretty much called them and begged them to come look for him,” Krawczyk said during the remote board meeting, “and it wasn’t until Monday that they actually came and got a pillow so the dog could get the scent and go after him.”

BPD Chief Paul Doucette denied Krawczyk’s allegations. In an email Tuesday, he said police tried looking for Heck in other locations and reaching people connected to him.

“The night of the crash, attempts were made to contact people associated with Mr. Heck and calls were not returned,” Doucette said. “Following the crash, Officers from the Bennington Police Department went to two locations in an effort to locate Mr. Heck.” He didn’t provide the names or places.

“Mr. Krawczyk’s comment about Mr. Heck being racially profiled by the Bennington Police Department is not correct and is inappropriate,” he wrote. “Mr. Heck was involved in a motor vehicle crash and fled the scene in an effort to elude the police.”

Krawczyk said in an interview Tuesday that neither he nor Heck’s family members got a call from the police soon after Heck went missing. He said he also doesn’t know of anyone close to Heck who got a call.

Heck’s cause of death is not yet known. His body was taken to the Vermont chief medical examiner’s office for an autopsy, and the results take about six to eight weeks to come out, according to Mahar & Son funeral home, which arranged Heck’s funeral.

On Monday, Krawczyk also complained to board members about the police department’s supposed “disrespectful” treatment of Heck’s sister whom he accompanied to the police station. He said they went to ask for public records in the case as well as to get back Heck’s wallet and cellphone, which were left in his truck. He asked what police were hiding.

Doucette said that once the ongoing police investigation and associated reports are completed, they will be available for review. “The Bennington Police Department is not hiding any information,” he said in the email.

Meanwhile, Town Manager Stuart Hurd said, the police department is working with Heck’s sister to answer as many of her questions as possible.

“Some of the answers are out of our control,” Hurd, who oversees the BPD, said in an email Tuesday. “The cause of death will ultimately be known and I’m certain shared with the family.”

Karen Heck, in a message Tuesday, denied that police were cooperating with her.

“The police department is not working with me at all,” she said, “and they are not giving me any answers.”

Hurd stood by his earlier statement when asked for a response. He added that local police have even assisted Karen Heck in shipping to Florida the gun found in her brother’s truck. Karen Heck lives in Florida.

When asked whether a complaint has been filed against the police department — as Krawczyk had told the Select Board — Hurd said around 2 p.m. Tuesday that no formal complaint had been filed.

Later Tuesday afternoon, a woman who said she has also been assisting Karen Heck with public records requests, forwarded this reporter a copy of a “citizen’s complaint form” she emailed to the Bennington Police Department that day.

The complaint, sent by Corrigan Wright around 2 p.m., listed several allegations including “failure to notify anyone of Hans accident” and “obstruction of access to records.”

The police department doesn't consider this a formal complaint in the Heck case since Wright isn't allowed under Vermont law to represent Karen Heck, Hurd said. The representative either has to be a lawyer or someone appointed by the court, he explained.

In an online fundraiser, Karen Heck talked about her brother’s having an infectious smile and charming personality. She said he was always the center of robust conversations, lots of laughter and friends. And that his greatest love was his daughter, who is now 5.