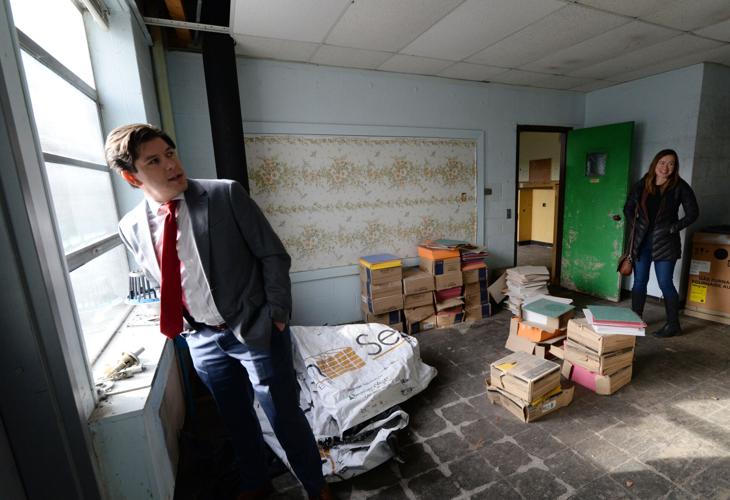 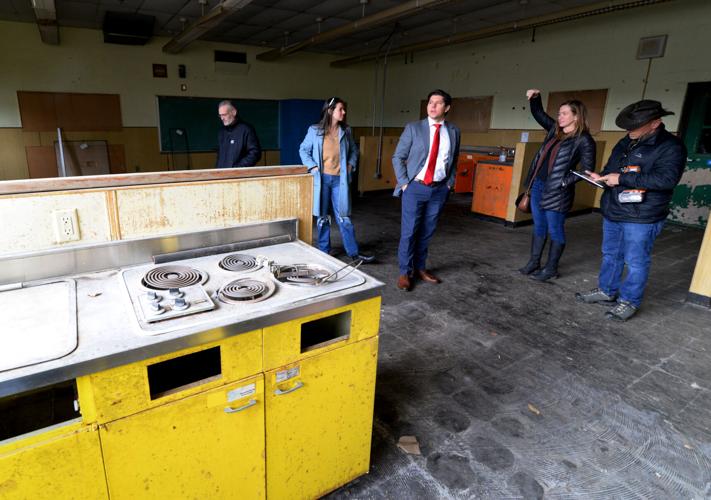 BENNINGTON — A high-ranking development official from the Scott administration visited Bennington on Monday to learn more about the proposed future of the old Bennington High School building and how plans for the site could impact the local community.

At the end of October, the Bennington Select Board agreed to dedicate up to $2 million from pandemic relief funding to the Benn Hi redevelopment project, pending additional study and input. The plan is to create additional housing units, as well as space for town programming.

Hale, Monks and Barsotti took Farrell through an in-depth tour of the building at 650 Main Street to give him a backstage pass to the future of Bennington recreation. The building, which has been vacant since 2004, is about 100,000 square feet.

The majority of the discourse between Farrell and the Bennington representatives circled around how the redevelopment project could be funded. Farrell said the plan “fits the bill” for a “transformative” project for the community, which allows it to be funded by several grants, including federal ARPA funding.

The project organizers made it clear that they are looking into every grant that could be available, including historic preservation grants. Low-income housing tax credits and new market tax credits could also be utilized.

One aspect of the building that took everyone by surprise was the large rooms that would be dedicated to housing.

“They’re huge spaces,” said Farrell with a look of surprise. Most of the units will be one bedroom apartments, but there will be some studios and two-bedrooms thrown in when appropriate.

The housing will be a mix of low-income and market rate units. Farrell said Winooski is a great example of how mixed income housing can work. For low-income Housing and Urban Development two-bedroom apartments, officials estimate rent will be a little over $1,000 per month. For comparison, data from Zillow states that the average rent in Bennington is $1,325.

On top of additional housing, the YMCA, Meals on Wheels, the Senior Center and other community organizations would be able to utilize the space.