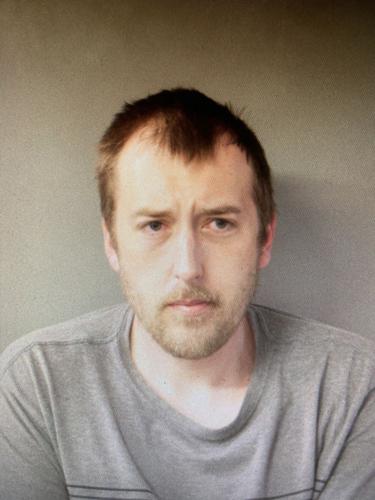 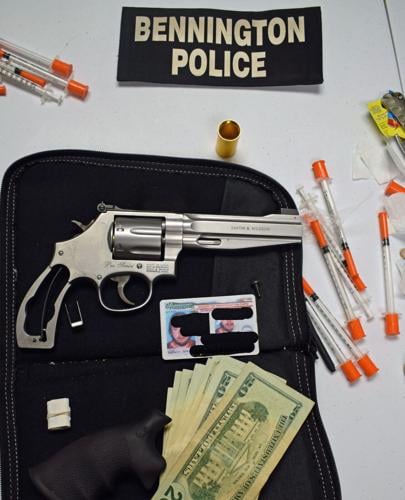 BENNINGTON — A Bennington man was arraigned in federal court Tuesday after police say he was caught with drugs and a handgun, which he is barred by law from possessing.

Gavin Wilcox, 31, was arraigned for allegedly and unlawfully possessing a firearm on March 31, when local officers found a handgun in his backpack while executing an arrest warrant for his arrest, according to the Office of the United States Attorney in Vermont.

On March 31, Bennington Police Department investigators were attempting to locate a gray sedan. While watching a local business, a detective saw Wilcox, carrying a backpack, exit a silver Subaru Forester and walk to another grey sedan. Wilcox had an active arrest warrant, so police moved in to apprehend him.

During his arrest, police day Wilcox dropped 11 baggies from his hand; inside them, a substance believed to be heroin. Officers soon received a search warrant to inspect Wilcox’s backpack, in which detectives found a loaded Smith & Wesson .357 magnum revolver. The gun was was stolen from a home in Pownal.

If convicted of the allegations, Wilcox faces a maximum sentence of 10 years on the firearm charge.

The Bennington Police were assisted in the case by the U.S. Department of Homeland Security investigations division. The case is being prosecuted by Assistant U.S. Attorney Jonathan Ophardt, and the defendant is being represented by attorney Kevin Henry of Burlington. Henry could not be immediately reached.

The U.S. Attorney’s Office is involved with local cases as part of a Department of Justice violent crime initiative, called the Project Safe Neighborhoods Program. The multiagency program focuses on local enforcement efforts on the most violent offenders and also partners with community-based prevention and reentry programs. See more at justice.gov/psn.