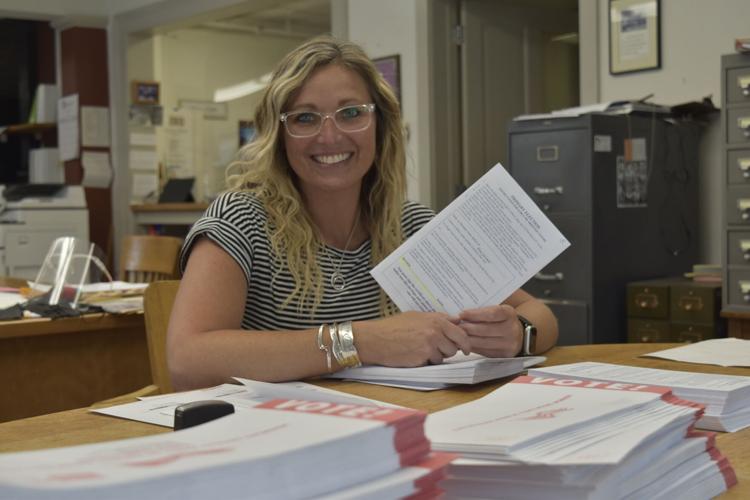 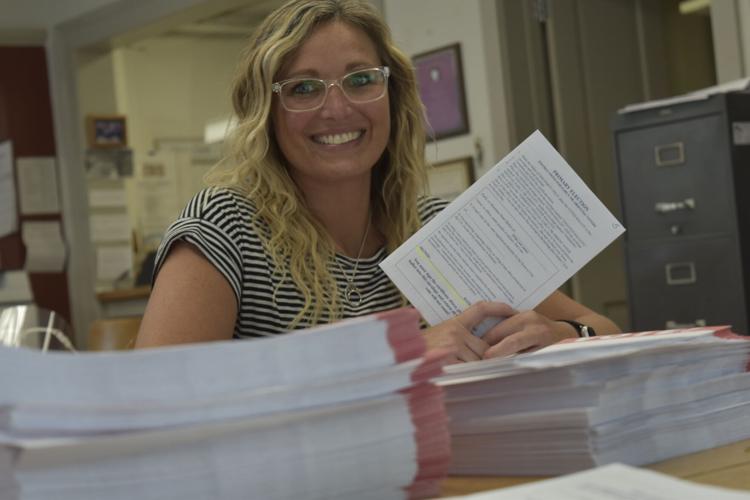 BENNINGTON — Early voting in local and statewide primary elections starts Saturday, and the Secretary of State’s office and town clerks are working to make the process smooth for voters who want to cast a ballot in advance of the Aug. 9 primary.

Unlike the general election, in which ballots will be mailed to all primaries in Vermont’s three major parties — Democratic, Republican and Progressive — voters need to request a ballot to vote early or absentee in the primary.

“Our democracy is stronger when we all participate. Voting in a primary election is an important opportunity to support the candidates you hope to see on the general election ballot in November,” Secretary of State Jim Condos said Thursday. “Whether you vote early or in-person at the polls on Election Day, make sure to vote — your vote is your voice.”

So far interest is strong in Bennington, where town clerk Cassandra Barbeau said her office has already fielded numerous phone calls and has “several hundred” ballot requests. The office will start sending ballots in the mail on Monday, she said; in the meantime, voters can request early voting ballots by email or by phone.

It’s a busy primary season in Vermont, with primaries in six statewide races. The races for U.S. Senate, U.S. House, and lieutenant governor all have Democratic and Republican primaries, with open seats in all three races.

Democrats are vying for nominations for Secretary of State and Attorney General, and two Republican candidates are challenging Gov. Phil Scott to a primary run.

In Bennington County, things are a bit more complicated, thanks to a three-way race in the Democratic primary to succeed outgoing Sheriff Chad Schmidt. Bennington County Sheriff. While it’s possible that the second and third-place finishers could run as an independents or win enough write-in votes for the Republican or Progressive nomination, it’s also likely that the primary will determine the final outcome.

• The former Bennington 2-2 district, representing the southeastern quadrant of town, is now the Bennington 5, and includes a section of Pownal.

• The former Bennington 2-1 district is now known as the Bennington-2 and includes Old Bennington, North Bennington and the northeast, northwest and southwest quadrants of Bennington.

How do you know which district is yours? There are several ways to find out:

• Barbeau pointed to her department’s web page, which includes a link to an interactive map. Voters can input their address to see which House district they live in.

• The Secretary of State’s My Voting Page tells voters which House and Senate districts they live in. It also allows them to track their ballot, update their registration if they moved.

For those voting early, there’s something important to remember, Barbeau said: Voters get three primary ballots, and need to return all three. Separate envelopes are provided for the two unvoted ballots.

Get your ballots here

There are three ways to sign up for early or absentee voting from your My Voter Page at the Secretary of State's website:

Online: Go to your unique “my voter page” at the Secretary of State’s website, sign in, and sign up to have the primary and/or general election ballot mailed to your home address. Or, go to https://sos.vermont.gov/elections/voters/early-absentee-voting/ and click on “online.”

Print: Print out the early voting request form and mail or return it to your town clerk. The form allows registered voters to request absentee ballots for elections in one calendar year. All absentee voters must submit a new request each year. The form can also be requested from your town clerk in writing by email, or on the phone.

In person: Visit your town clerk during normal business hours to make your request. Use this guide to find your town clerk or find the address and contact information on your My Voter Page.