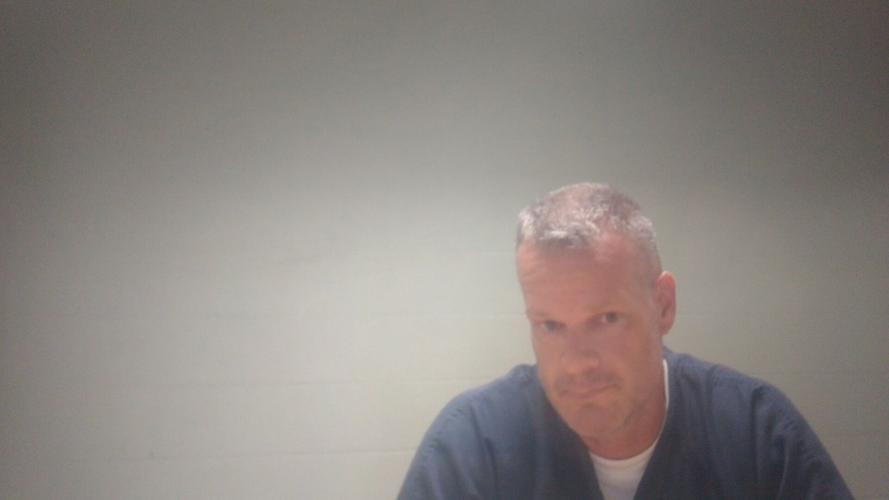 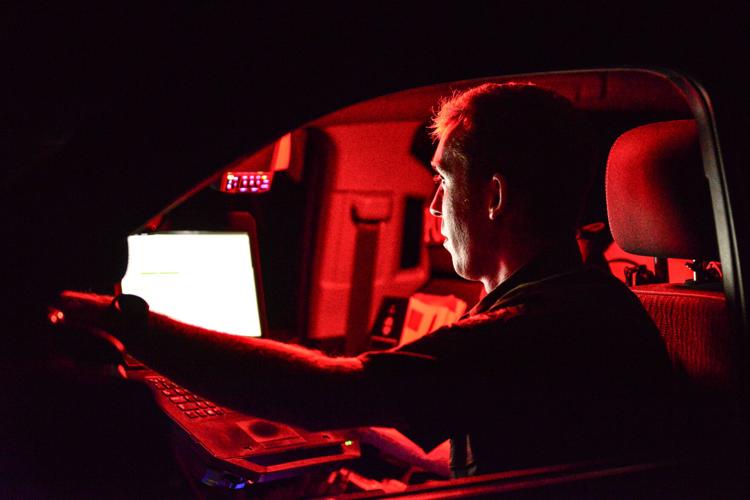 Vermont State Police pack up their equipment on Pond Road in Vernon after a suspect, later identified as Kristopher Knutson, was taken into custody in September 2021. 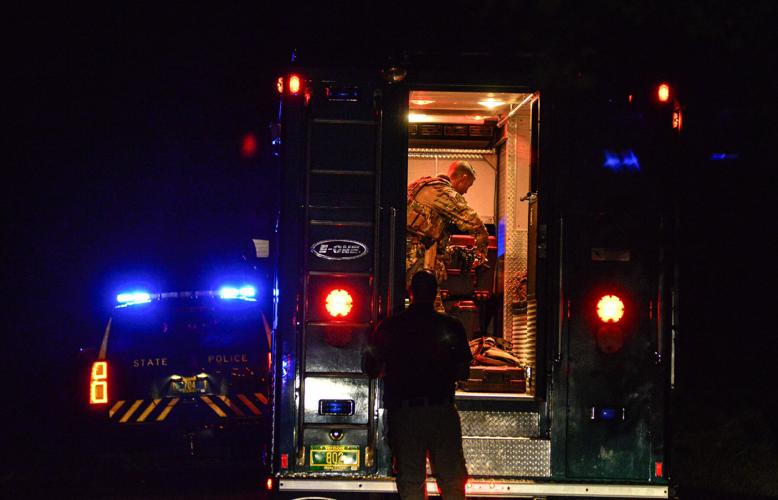 Vermont State Police pack up their equipment on Pond Road in Vernon after a suspect was taken into custody in September.

Vermont State Police pack up their equipment on Pond Road in Vernon after a suspect, later identified as Kristopher Knutson, was taken into custody in September 2021.

Vermont State Police pack up their equipment on Pond Road in Vernon after a suspect was taken into custody in September.

BRATTLEBORO — A man who has been in custody since a six-day standoff with police in Vernon last September questioned the authority of a state court to continue to hold him on $50,000 bail.

“My assumption is that this court is operating at the behest of Satan,” said Kristopher Knutson, 49, “Whether you think that makes me crazy or not, you know, that’s on you. ... [T]his court ... is a good part of the foundation of [Satan’s] hierarchical structure, and this is a spiritual war for me.”

“Well, you’re certainly entitled to your beliefs,” said Judge Michael Kainen. “The question is whether you follow my orders.”

What was described by the Vermont State Police as a multiday standoff began in the late afternoon of Sept. 2, when deputies with the Windham County Sheriff’s Office went to Knutson’s Dunklee Drive home to confiscate his firearms, as was required in an abuse prevention order that was issued earlier that day.

Knutson refused to turn over his firearms, and the result was a police presence at his Vernon home for the next five days, until tear gas was used to flush him out on Sept. 7.

He was ordered held on $50,000 bail and has been incarcerated at Southern State Correctional Facility since his arrest.

On Tuesday, he was back in Windham Superior Court, Criminal Division, for a bail review hearing.

Knutson, who claimed that Knutson is his “slave name” and “a fictional entity,” said the name he has gone by for at least a decade is “Christ.” He also said he was being subjected to philosophical, spiritual and political persecution.

“And all because I stood my ground. I said no muzzling my children like dogs at the school. I accused the state of child abuse.”

During the standoff in September, Knutson sent a text message, threatening to retrieve two juveniles from a “government school” where they were “being muzzled,” according to an affidavit presented to the court.

In another text message during the standoff, Knutson wrote, “So what sort of stressors will be thrown at me today? More drone activity? More talk of [the juveniles] going to the government meat grinder? ... Something new? Like what? Let’s not forget about all those who wanna throw around their labels of mental instability, as opposed to being upset over the fact that [they] have no say in whether or not [the juveniles] are gonna be on the receiving end of psychological abuse, under the guise of safety.”

During Tuesday’s bail review hearing, Knutson also spoke about his four years as a correctional officer in Berkshire County in Massachusetts, a job he lost because he attempted to reveal “a gay pedophile ring made up of old, creepy men that go by the name gay mafia ...”

“I’ve done everything in my power over the years to be a good guy, to jump through all the hoops, and what happens? I have to sit back, and I have to watch my kids go to school and get muzzled like dogs at the behest of the state, and I’m the bad guy,” he said.

During the hearing, Deputy State’s Attorney Dana Nevins entered into evidence recordings of a negotiator trying to talk Knutson into coming out of the house. During the recordings, Knutson can be heard complaining about “sodomite judges in black robes” and the state of Vermont being “a fictional entity,” having no legal authority over him.

During the final call to coax him out of his home, Knutson told the negotiator to bring a body bag, that his weapon was raised and “if you engage me, I am going to fire.”

He also urged police to take him out with a head shot so he wouldn’t suffer.

Knutson accused the prosecution of trying to make him look like “a beast” by playing the recordings during the hearing.

He also claimed the complaint that he shoved a woman that led to the police response was a lie, and that his public defender wasn’t representing him very well.

Knutson has been charged with three counts of violating an abuse prevention order, one count of disturbing the peace by phone and one count of criminal threatening.

“Christ, as he identifies himself, is not somebody who is comfortable with appreciating the jurisdiction of our government and all of its manifestations,” said Ammons. “He’s made that eminently clear.”

Ammons also pointed out that at the time of the September incident, Knutson had been over prescribed Vyvanse, a stimulant used to treat attention deficit hyperactivity disorder.

“I think my client has indicated to the court under oath and on the stand, that while he doesn’t understand or appreciate and therefore can’t agree with the legitimacy of our government and its various manifestations, he will abide by orders that the court issues.”

While Ammons claimed his client would abide court orders, Nevins pointed out Knutson has never abided by court orders and insists the court does not have jurisdiction over him.

“Today, we’ve had him say this court is run by Satan, and it’s a kangaroo court,” said Nevins. “How the court could have any confidence that he will abide by court orders that [he thinks] are issued by Satan and by a kangaroo court is beyond the state.”

“In this country, you’re allowed to have views that are not consistent with anything,” responded Ammons. “You can think anything you want, so long as you abide by the law. That’s where we draw the line, think and say what you want, but abide by the law. And the evidence, I think here is sufficient for the court to find that he would abide by the court’s orders, whatever he thinks of this court ...”

Knutson said while he believes the court is part of Satan’s hierarchy in the world, he wasn’t going to run away from Satan or the court, “no more than Jesus Christ did ... I believe in faith. I believe in God. I believe in spirit. I believe in standing up on the behalf of my children so that they don’t inherit a country that is being overtaken by transnational corporate oligarchs.”

Knutson is charged with misdemeanors and does not have a criminal record, noted Kainen, but his behavior and statements during the standoff, during court hearings that followed and during Tuesday’s bail review hearing left him with “no confidence” that Knutson would follow conditions if he was able to make a reduced bail and be released from jail.

"Christ, as he identifies himself, is not somebody who is comfortable with appreciating the jurisdiction of our government and all of its manifestations. He's made that eminently clear." — Defense attorney Richard Ammons