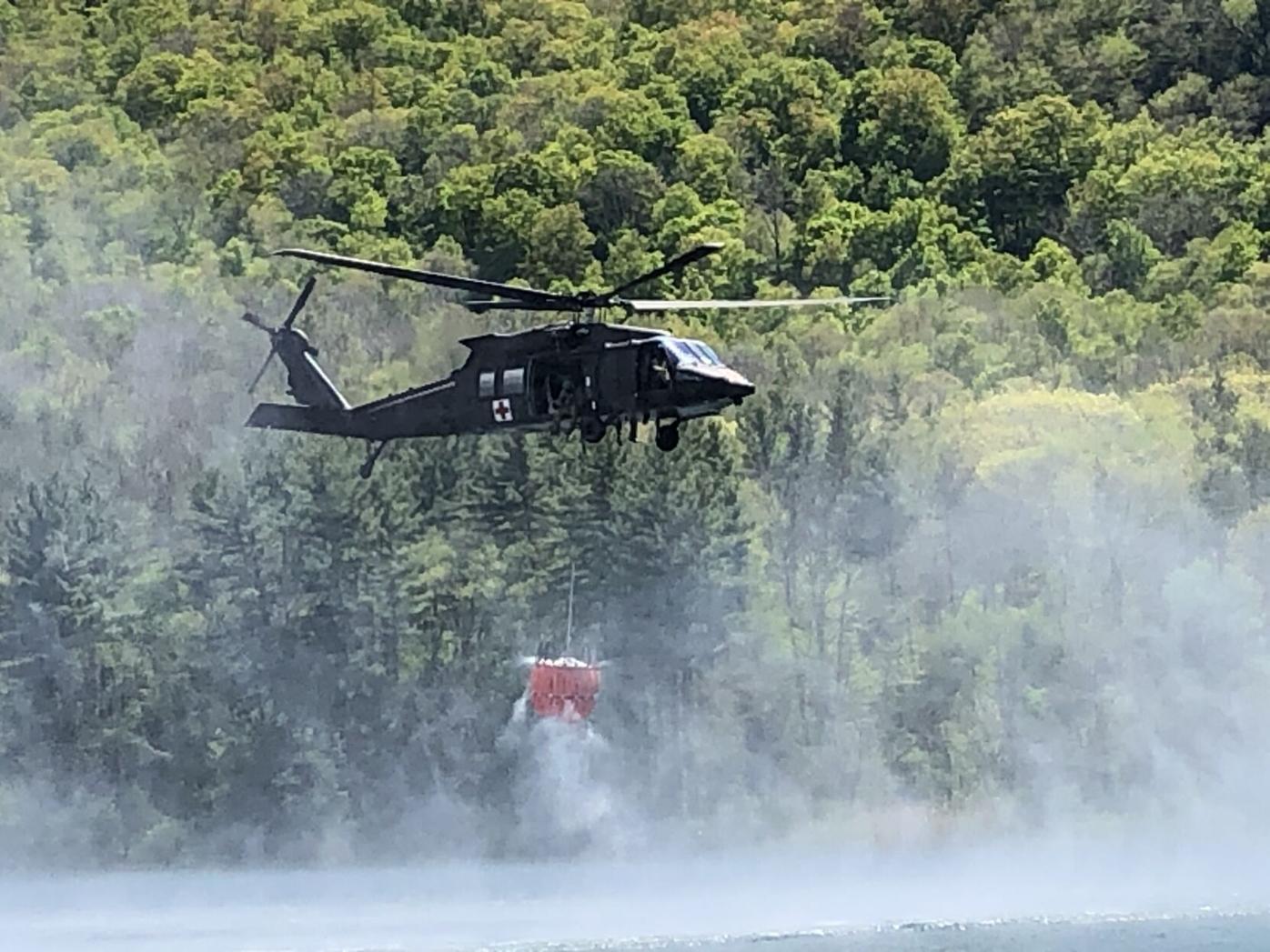 A helicopter gets water from the Mount Williams reservoir on Monday to fight the East Mountain Fire. 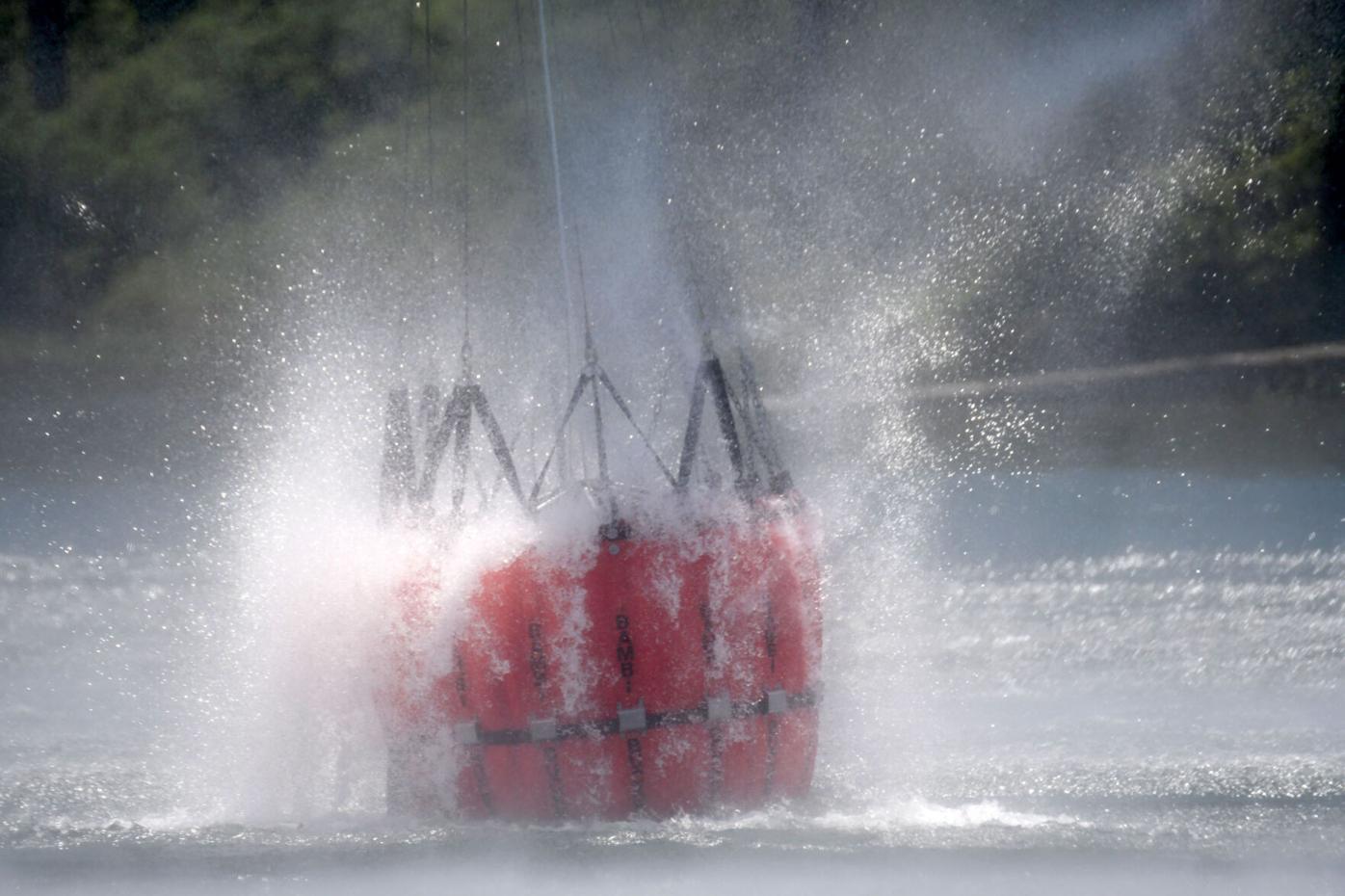 An Army helicopter scoops water Monday from the Mount Williams Reservoir in North Adams into an 85 gallon bladder to drop on a wild fire in the Clarksburg State Forest. 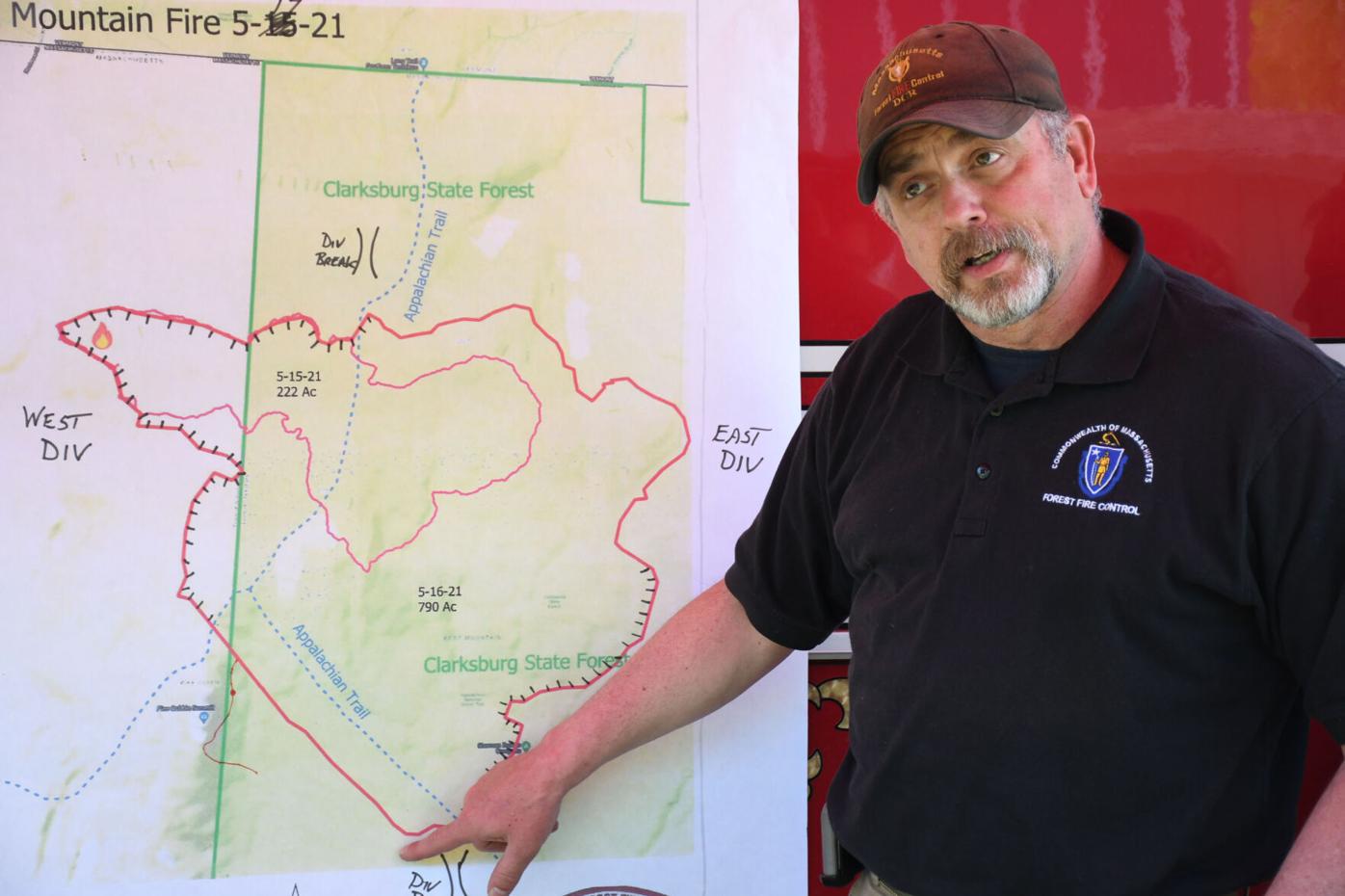 Dave Celino, chief fire warden for Massachusetts, shows the path of the fire on a map during a press conference on Monday afternoon at the water treatment plant in North Adams. 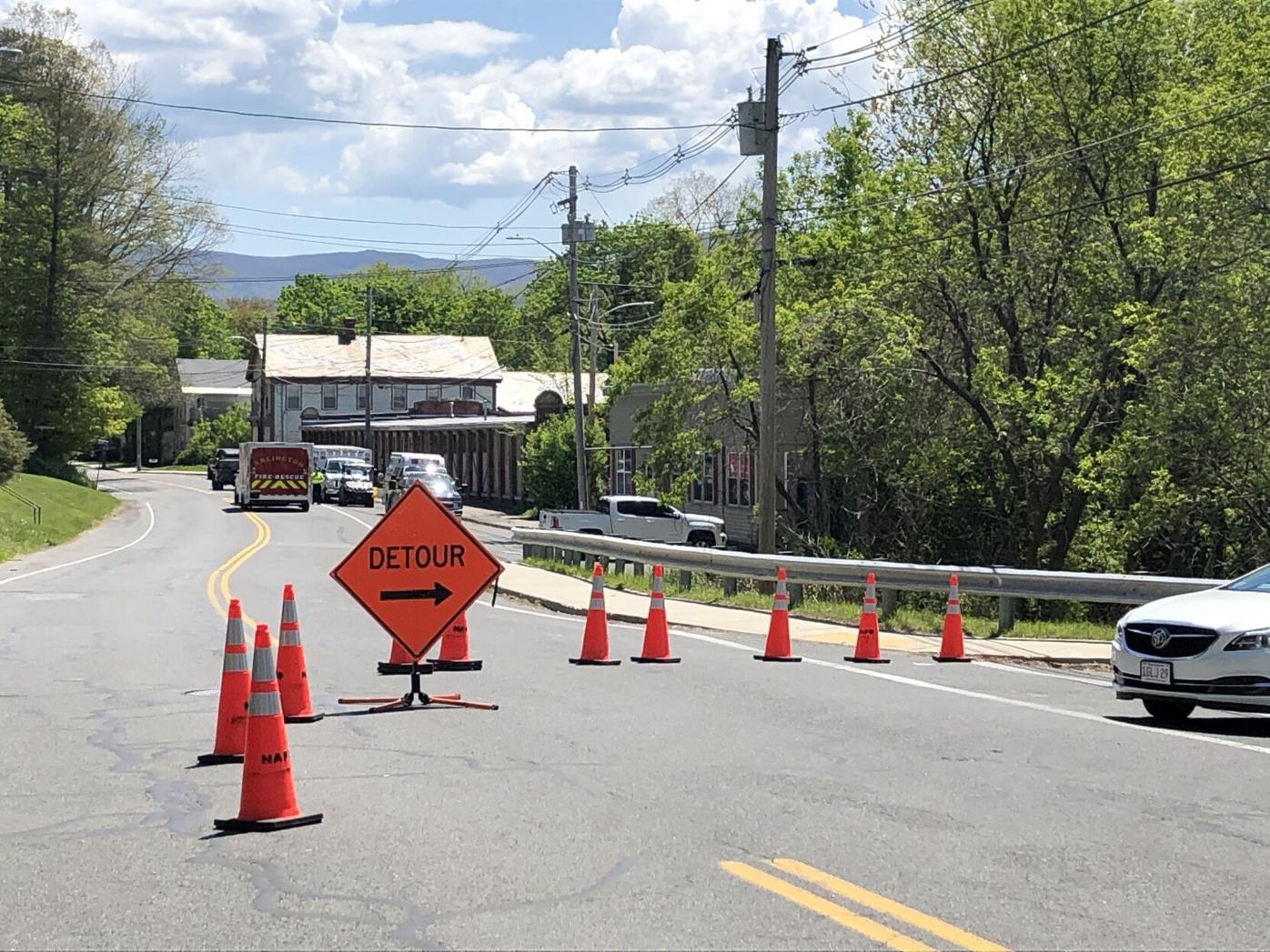 Massachusetts Avenue was closed Monday at the foot of Wood Street near the Blackinton Mill.

A helicopter gets water from the Mount Williams reservoir on Monday to fight the East Mountain Fire.

An Army helicopter scoops water Monday from the Mount Williams Reservoir in North Adams into an 85 gallon bladder to drop on a wild fire in the Clarksburg State Forest.

Dave Celino, chief fire warden for Massachusetts, shows the path of the fire on a map during a press conference on Monday afternoon at the water treatment plant in North Adams.

NORTH ADAMS, Mass. — Fire crews from around the region, including Vermont, are working to contain a wildland fire in the Clarksburg State Forest area that has grown into the state’s largest fire in more than two decades, according to the Department of Conservation and Recreation.

The East Mountain Fire had burned around 800 acres as of Monday morning and was expected to continue growing, said Williamstown Fire Chief Craig Pedercini at a news conference with local and state officials.

No structures are in danger, Pedercini said. The fire was 75 percent contained as of Monday evening.

“The fire is going to continue to burn for several days as firefighters work to contain it,” he said. “The dry leaf litter [that] serves as surface fuel, combined with low humidity and steep terrain, have resulted in large fire growth over the last few days. The public can expect to see smoke even after it’s 100 percent contained.”

Chief Fire Warden Dave Celino, with the Massachusetts Department of Conservation and Recreation, said the last wildland fire larger than this one took place in April 1999 and burned 1,100 acres.

Last year, heat and drought led to an intense and extended fire season. More than 700 acres total had burned by October.

Celino said those drought conditions may have been one of the factors that caused the East Mountain Fire to burn so quickly.

“The fuels on the surface, all those dead sticks and debris and leaf litter, the sticks and the logs up to 6 inches, are abnormally dry for springtime,” he said. “That we think is a residual effect from the drought of 2020, and we’re seeing that across New England.”

More than 120 firefighters from 19 municipalities fought the fire over the weekend and on Monday, according to Pedercini. The majority of the departments are volunteers, he added.

The fire began on Friday near Henderson Road in Williamstown and grew to around 180 acres by Saturday morning. Over the weekend, it burned across East Mountain, jumping over the Appalachian Trail and expanding through Clarksburg State Forest.

Springtime moisture kept the fire low to the ground, fire officials said, but wind on Friday and Saturday spurred the flames on through steep, difficult-to-access terrain.

That terrain made it too dangerous to continue fighting after dark, Pedercini said.

On Monday, helicopters flew between the North Adams reservoir and the fire to assist firefighters on the ground with water dumps. As of Monday afternoon, the fire was growing slowly around and south of Pine Cobble, as well as at other parts of its wide perimeter.

Fire officials have asked hikers to stay clear of the Appalachian Trail in the affected area.

“We talk about numbers of municipalities and people who show up, we talk about our state partners ... but that only tells part of the story,” said Mayor Tom Bernard on Monday. “It doesn’t tell you about the 120 people showing up first thing in the morning in the Price Chopper parking lot in North Adams to get ready for the day. Providing equipment. Providing their time. Providing their support.”

Francesca Paris can be reached at fparis@berkshireeagle.com and 510-207-2535.