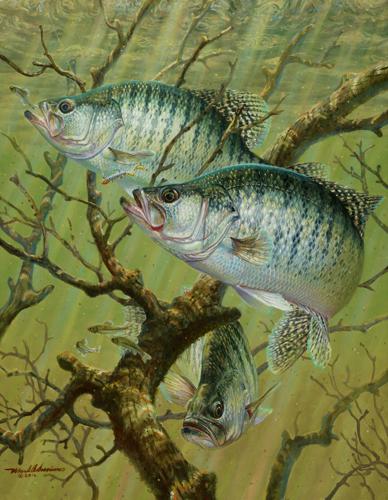 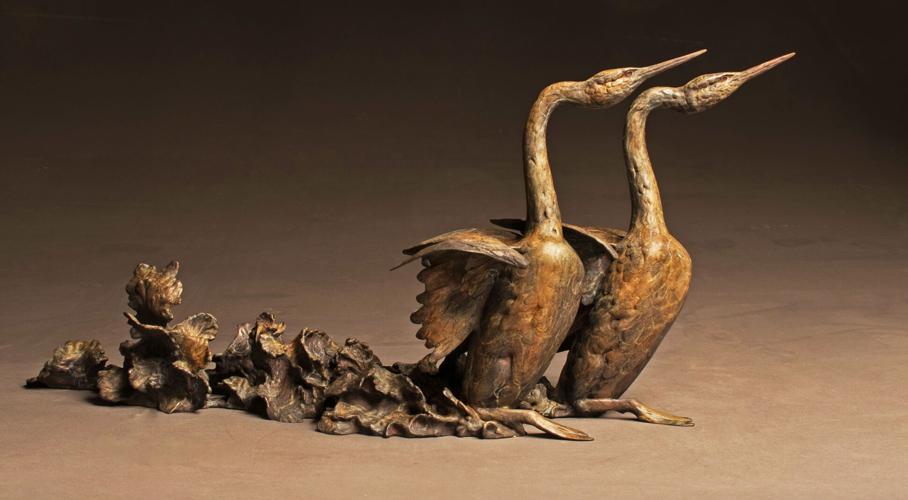 Don Alemany, "Low & Behold," with wood, brass and acrylic paint, of an American redstart, 8 inches by 11 inches by 6 inches. 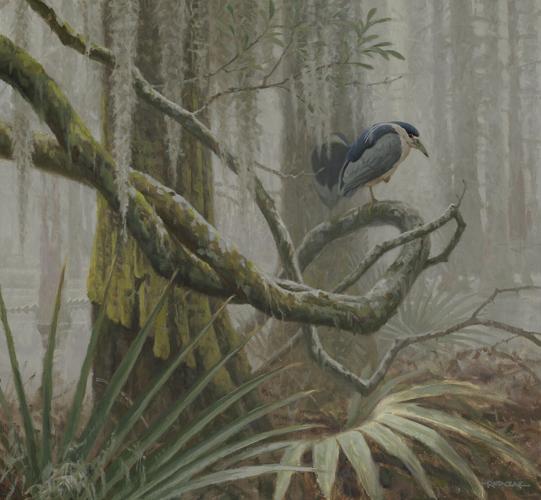 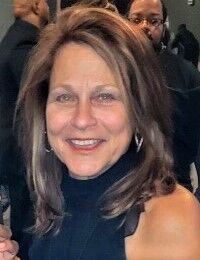 Renee Bemis, president of the Society of Animal Artists, said the group, with 500 members around the world, will soon call the former Bennington Center for the Arts building 'home.' 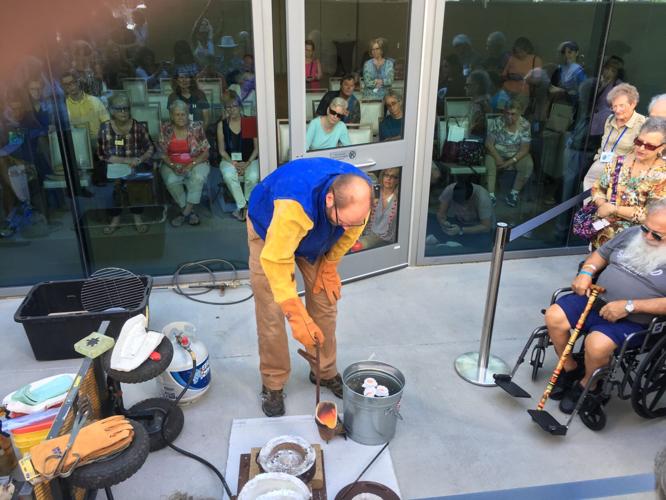 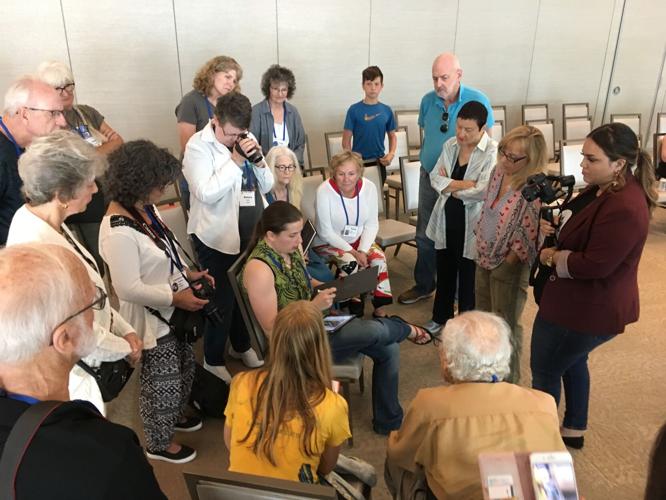 Don Alemany, "Low & Behold," with wood, brass and acrylic paint, of an American redstart, 8 inches by 11 inches by 6 inches.

Renee Bemis, president of the Society of Animal Artists, said the group, with 500 members around the world, will soon call the former Bennington Center for the Arts building 'home.'

BENNINGTON — The former Bennington Center for the Arts building has a new ownership group, which hopes for a June reopening of the facility’s gallery space and 315-seat theater for a full schedule of events.

Individual members of the worldwide Society of Animal Artists acquired the 36,000-square-foot center in cooperation with a corporate entity — Bennington Center for the Arts Inc., which is associated with former owners and founders Bruce Laumeister and Elizabeth Small.

Laumeister and Small wanted the society to have the center, said Renee Bemis, the society’s president. Bemis is serving as a transitional president of BCA Inc. during a search for an executive director.

She said the founders and Small’s daughter, Shirley Hutchins, resigned from the corporate board after the acquisition, which went through bankruptcy court from the estate of the former Southern Vermont College. Several society members were named to constitute a new Bennington Center for the Arts board.

“In essence, they are handing over the keys to us and will not be involved,” Bemis said.

Small “had reached out to us,” Bemis said, adding that the center founders had hosted three exhibits of the works of society members over the years, the most recent shortly before the facility was donated to the college in late 2017.

Small and Hutchins, who was the center’s gallery director for many years, said Tuesday they are happy to turn over the facility to the society.

“This is absolutely fantastic,” Small said. “I can’t think of a better future for the arts center, and the enthusiasm that they’re bringing and the new way they’re looking at it, and it is going continue with what we originally hoped it would be — a fine arts center for the community.”

“We are thrilled to have them taking over the facility,” Hutchins said.

The society provided the first show held at the center in 1994, Small said, and members exhibited as individuals during annual art shows.

“We have worked closely with a lot of the members,” she said.

“We are thrilled to have found a new home for the Bennington Center for The Arts,” Laumeister said in an email. “The [society] has a wonderful vision for the arts center to restore it as a vibrant destination for arts lovers, as well as a community center for Bennington and Southern Vermont to host events and gatherings for the local community to enjoy.”

Laumeister added, “It was heartbreaking to see the closing of the arts center after SVC closed down but now we have found a new arts group ready to re-open the center and expand on what we have done so far to create new and innovative experiences for all of the visitors.”

The $500,000 transaction was approved this month in the Vermont division of U.S. Bankruptcy Court as part of dispersal of the real estate assets of the former college.

Laumeister and Small oversaw construction of the center at 44 Gypsy Lane, off West Road, during the 1990s, adding new wings and features over a 15-year period. Included are seven galleries, offices and other spaces. The grounds also include a covered bridge museum and gardens.

Bemis said Wes Siegrist, executive director of the society, and his wife, Rachelle, will come to Bennington soon to begin assessing what changes or upgrades might be needed at the center, which has been closed to events since before the college entered liquidation proceedings in Bankruptcy Court in August 2020.

She said a work party at the center by some of the 500 society members — all of whom live in other areas, including other countries — is tentatively planned for May. The first event could be an exhibit of pieces from the founders’ extensive art collection at the center, which remains on loan.

All types of events will be considered for the center, Bemis said, and the hope is that local community members will offer suggestions and support for the nonprofit group.

There will also be an effort to bring residents with experience in various areas onto the corporate board, she said.

“This is a blank canvas,” Bemis said. “We can do a lot of different things.”

She said she’s actively seeking to book events for the center and can be reached in the Chicago area, where she lives, at 815-762-5016, or via email at renee@driftlessglen.com.

The group also plans fundraising events, she said, and will seek grants.

Raymond Obuchowski, the court-appointed trustee representing the college corporation’s estate, filed a report about the sale last week with the court. He said the closing took place on March 11 and adhered to an overall agreement to resolve all claims, which was worked out previously among several parties.

That involved Laumeister and Small, who had filed suit in Superior Court in 2019 to have their gift to SVC rescinded, and debt-holder Frederic Poses, a donor to the college who put up $2 million as security for a loan SVC took in 2011 for college improvement projects.

Also included in the sale agreement were payment of the real estate, legal and closing costs; payments to the town for outstanding utility bills involving the center; and funds to cover maintenance of the property under Obuchowski’s purview during the bankruptcy process.

The arts center was the last major piece of real estate to be liquidated through the court. The 371-acre main college campus was sold to Southwestern Vermont Health Care through a court-surpervised auction in December 2020 for $4.65 million. The Gate House building on Monument Avenue, which had served as an admissions building, sold at the same auction for $320,000 to Kenneth Milman and his wife, Bridget Elder, who planned to renovate the building for a return to residential use.

BENNINGTON — The grand opening might require a few more months for prep work, but the new owners of the former Bennington Center for the Arts …