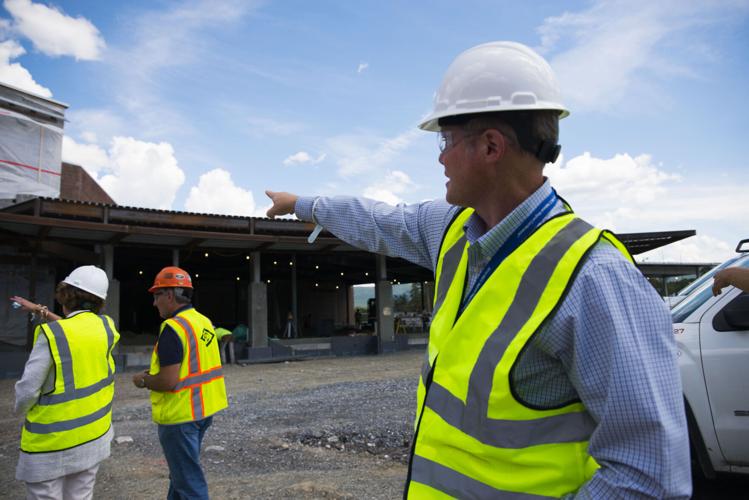 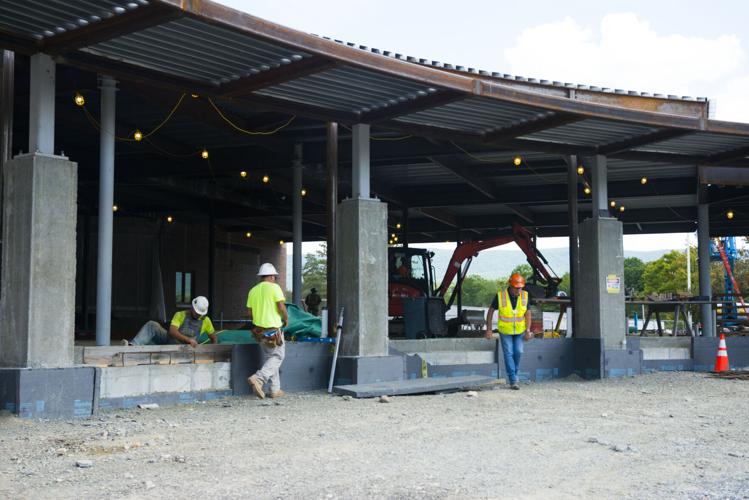 Construction is well underway in the phased project to renovate and expand the Emergency Department and create a new front entrance at the Southern Vermont Medical Center. 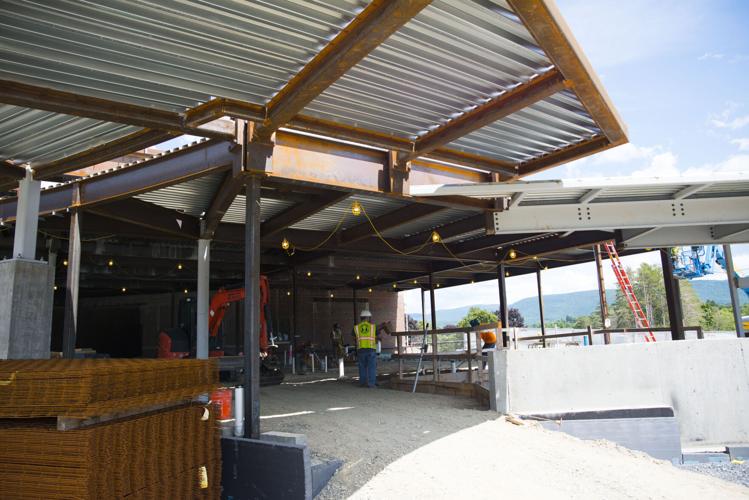 Construction is well underway in the phased project that will renovate and expand the Emergency Department and create a new front entrance at the Southern Vermont Medical Center.

Construction is well underway in the phased project to renovate and expand the Emergency Department and create a new front entrance at the Southern Vermont Medical Center.

Construction is well underway in the phased project that will renovate and expand the Emergency Department and create a new front entrance at the Southern Vermont Medical Center.

During a tour of the $25 million project site, Ron Zimmerman, SVMC’s director of engineering, and Alan Lewis, construction manager with general contractor PC Construction of Burlington said that change will accelerate this week with pouring of the concrete floor.

“One of our next big steps is this Thursday we’re going to pour the concrete slab,” Zimmerman said. “In addition to the steel, this will start to take shape, and you’ll be able to get a good visual of the footprint of the expansion.”

The ongoing first phase of the project will create about 6,700 square feet of new emergency department space, which will expand out past the former main hospital entrance. That phase, including a new hospital entrance and lobby, is expected to be ready for use by May 2023, Zimmerman said.

“We’ll move into that in a little less than nine months,” he said, adding that there will be a ribbon cutting to mark completion of the phase.

Subsequent construction phases will include renovating and upgrading 7,000 square feet of existing emergency and other building space. Outpatient registration, phlebotomy and imaging department waiting room space also will be renovated, and there will be upgrades to the laboratory and cafe areas.

The new emergency department also will connect with the now separate Respiratory Evaluation Center and ExpressCare sites on the SVMC campus.

Overall, the project, which broke ground in August 2021, is now projected to have “the big ribbon cutting” in June 2024, when the entire expansion is complete, Zimmerman said.

The project is designed to meet a surge in the number of emergency room patients from under 14,000 patient visits annually in the mid-1990s to nearly 25,000 visits today.

In March, SVMC opened a temporary “canopy entrance” to replace the former main entrance during construction. The tent-like structure and enclosed walkway is used for many patient services, including the emergency department, laboratory, imaging, surgery, endoscopy, sleep studies, and by visitors to in-patient units.

Lewis said that as the project steps up, there are about 20 subcontractors now working at the site and about 25 more are expected by next week.

Zimmerman said the project has not experienced any serious delays during the pandemic with supply issues or materials shortages.

“We’ve tried to stay out in front of a lot of things that looked like they could be problematic, from a supply chain perspective,” he said. “We’ve been a little bit lucky that we have the former [Southern Vermont College] campus, because we bought some of our materials earlier than maybe you normally would, to try to get them here on time.”

Concerning fund-raising for the emergency department project and a planned new cancer center on the SVMC campus, Leslie Keefe, vice president for corporate development with Southwestern Vermont Health Care, said $24 million has been raised toward a goal of raising $25 million for the organization’s Vision 2020 effort for capital projects.

SVHC hopes to raise the final $1 million from the general public, she said.

“We’ve been in a quiet phase for about four years and we are happy to report we are at about $24 million,” Keefe said. “So, we’ve just launched our public phase of the campaign and asking the community’s support for that final million.”

She added, “No donation is too small; it doesn’t matter. We want everybody to participate because this is their project, their hospital. Both this project and the cancer center.”