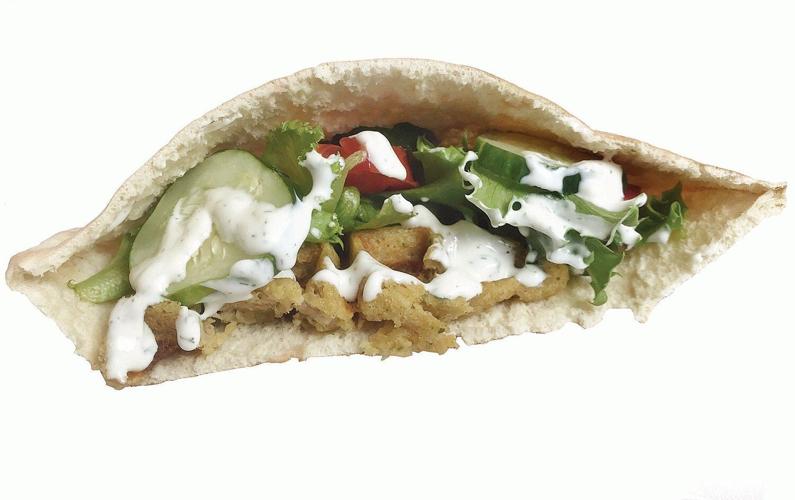 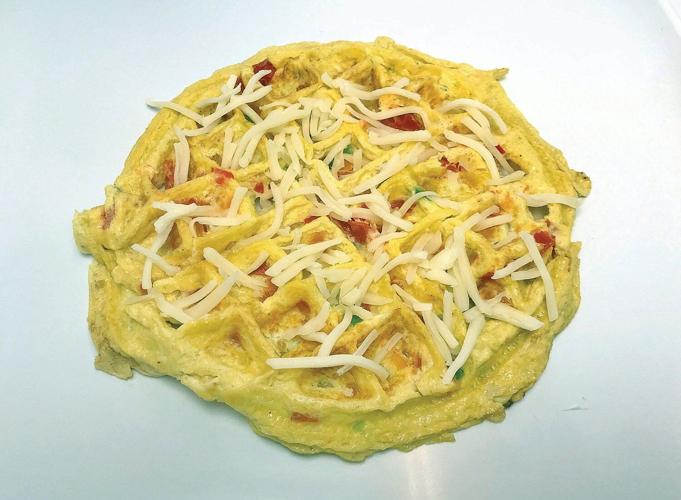 A frittaffle, a omelet or frittata made in a waffle maker, with peppers, scallion, tomato and a topping of shredded cheese. 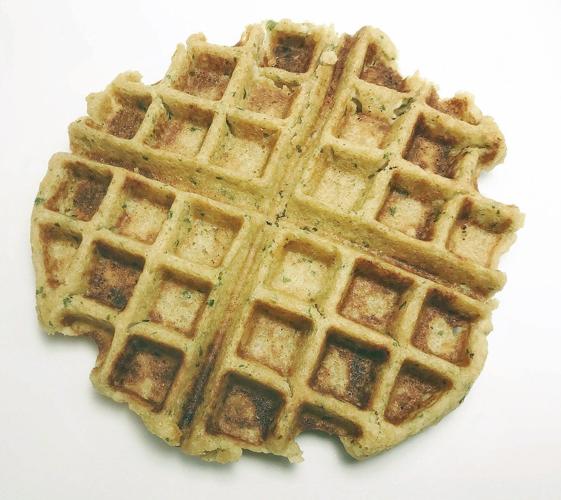 Waffled falafel, made in a waffle maker eliminates the need to deep fry the falafel, yet still produces a golden brown, crispy falafel.

A frittaffle, a omelet or frittata made in a waffle maker, with peppers, scallion, tomato and a topping of shredded cheese.

Waffled falafel, made in a waffle maker eliminates the need to deep fry the falafel, yet still produces a golden brown, crispy falafel.

Members of the Eagle features department spent a good part of Monday afternoon waffling in a conference room.

No, we weren't wasting our time indecisively — we were literally making waffles in honor of National Waffle Day this Saturday. But since we never do anything expected, we weren't making waffles per se, but things that might be made in a waffle maker.

Meggie Baker, Eagle calendar editor, tried her hand at what we referred to as "falafel waffles" because it was so much fun to say. And Margaret Button, associate features editor, attempted "fritaffles," a fritatta or omelet cooked in the waffle maker.

Falafel night at my house is pretty popular, but to tell the truth, in 16 years, I've never deep fried my own falafels. Deep fryers, frankly, terrify me, and it's always seemed a waste of a lot of oil, so instead I've traditionally lightly fried or sauteed my falafels in a skillet in a few tablespoons of oil. In the end, my way takes longer than just using a deep fryer, and the result are less crispy, so when I heard about the idea of using a waffle iron to make beautiful, golden, crusty falafel, I was immediately fired up to try.

Because I was using a waffle iron to cook these, I didn't use my own favorite falafel recipe and instead looked for one that was meant to be used with a waffle iron. The mix for these lovelies seemed a bit wet, and heavy on the oil (and egg whites?!), but I didn't let myself second guess them and I'm so glad. These cooked up quickly and cleanly and popped right out of the waffle iron without any trouble at all, and are easily several very large steps up from what I've been making. Looks like I'll be updating my recipe box.

One 15-ounce can chickpeas, rinsed

Cook the falafel in a hot waffle iron until golden brown and holds its shape, 6 to 10 minutes.

Note: I did not take the recipe up on the option to include cilantro, and I feel they were better for it.

Note: These were made in a flip waffle maker with handles that lock the lid in place; when I made them in my much simpler waffle maker at home, the lid popped up and the falafels did not achieve optimal crunch or color, but were still delicious.

I love omelets and frittatas. They are part of my supper meal rotation, especially on nights when I don't feel like cooking or I have leftover vegetables in the fridge.

I didn't follow a recipe other than to look up one specifically for a waffle maker, which recommended 2 eggs per waffle. It also gave the tip that when the hissing and sputtering sounds stopped coming from the waffle maker, the omelet was done.

I finely chopped some red, yellow and orange peppers, maybe a tablespoon of each, along with one scallion (some of the green top, too) sliced thinly, a very small tomato diced finely, and salt and pepper to taste.

Of vital importance is heavily spraying the waffle maker with cooking spray each time you make a waffle. Although the first omelet came out perfectly, the second one stuck and quickly looked more like scrambled eggs. Be careful not to overfill the waffle maker, the uncooked mixture will run all over. The online recipe was right — when the eggy squeaking stopped, the omelet was done.

At first, I thought, no way will I do this again! But then, I got to thinking about a Mexican omelet and how the nooks and crannies on the fritaffle would capture salsa ... might be worth it!

Note: As an added treat, I popped two thawed hash brown patties on the waffle maker. They came out crispy, crunchy and oh-so-good!

Dinners for a busy weeknight