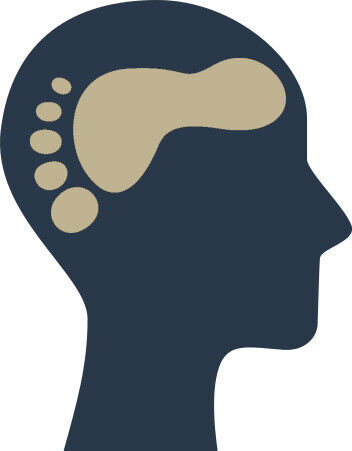 Senior columnist Gretchen Becker writes: "Most people don’t know this, but we have brains in our feet." 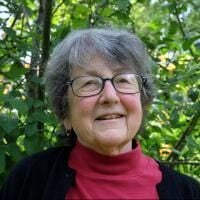 Gretchen Becker is a former Reformer reporter and editor, who blogs about diabetes at wildlyfluctuating.blogspot.com. Vintage Views appears monthly.

Senior columnist Gretchen Becker writes: "Most people don’t know this, but we have brains in our feet."

Gretchen Becker is a former Reformer reporter and editor, who blogs about diabetes at wildlyfluctuating.blogspot.com. Vintage Views appears monthly.

Most people don’t know this, but we have brains in our feet.

Has this ever happened to you? You can’t remember where you left your reading glasses, so you look all over the house. By your favorite chair? Nope. On the kitchen table? Nope. In the TV room? Nope. By your bed? Nope.

So, you sit down and concentrate. “Come on, brain, remind me where I left my glasses.” When I was younger, this method worked pretty well. Now, it doesn’t work at all.

What I have to do is abandon thinking and say, “OK, feet. Take me to my glasses.” It’s amazing how often this works, and the only explanation I can come up with is that there are brains in my feet, smarter ones than the one in my head, apparently, although I haven’t yet tried them on quadratic equations. In fact, the brain in my head isn’t sure any more what quadratic equations are. It’s been about 65 years since I’ve had to deal with them, thank goodness.

In this recent case, my feet took me to the bathroom, and sure enough, there were the glasses. I’d removed them to put on a sweatshirt and then forgotten about it.

Now I’m wondering if I have brains in other places, too.

Are there brains in my eyes?

Sometimes I go to the drug store to pick up a prescription. But between the entrance to the store and the pharmacy, there’s a huge display of Easter candy. Well, there was when it was closer to Easter. Now they probably have only desiccated peeps. I wonder if they let them dry out completely and then spritz them with water for the next year’s Easter.

I carefully instruct my eyes not to look; I’m diabetic and shouldn’t eat Easter candy, or any candy for that matter. But despite my instructions, my eyes are drawn to the candy, and my feet are apparently in cahoots with them, so I walk over and get a closer look. I don’t actually buy any, but it’s not because my eyes aren’t pushing hard to get me to do so.

I know there are brains in my digestive tract. If I’m hungry and see some appetizing food, my mouth starts watering. The brain in my head didn’t tell it to, so it must have been another brain, in my digestive system.

With all these brains in my body, I’m starting to get nervous. What if all the brains gang up and try to use their combined power to do what they want to do and not what I want to do? What if the combined brains really really want to go out and shovel some manure, and I really really want to recline on a chaise lounge reading a trashy novel and eating sugar-free bonbons? Who will win?

There’s enough strife in the world without having to go to war with one’s various brains. In fact, the whole thing seems as ridiculous as the current situation in Ukraine. When my mother got old, she’d often say, “Why can’t people just get along?” My younger self thought that was naive, like asking why siblings fight. Conflict seems to be a part of human nature, or animal nature for that matter. Now I agree with her. Why can’t people just get along? I’m tired of conflict.

What if we used the brains in our feet to simply walk away from conflict when we encountered it? Or are we trapped in the mindset my uncle had when he was a boy. He was sent to go to the new neighbor’s to play with a boy about his age. His mother said, “Now, be nice, so he’ll like you.” He responded, “If he doesn’t like me, I’ll beat him up until he likes me.”

Sadly, too many adults seem to think that way.

Why do humans want power? Isn’t it easier to just let someone else be king or queen? I once read about some mammal group, can’t remember which, in which several males were fighting for a chance to mate with the females. In the ensuing chaos, a wimpy male went around mating with all the females he could find. Sometimes, wimpiness wins. Why exhaust yourself when someone else will do the fighting for you?

I keep trying to communicate with the brains in my feet, hoping they have some wisdom to pass on to me that the brain in my head isn’t aware of. No luck.

The only thing they’ve told me so far is, “Time to change your socks.”

Gretchen Becker is a former Reformer reporter and editor. Her column appears monthly.