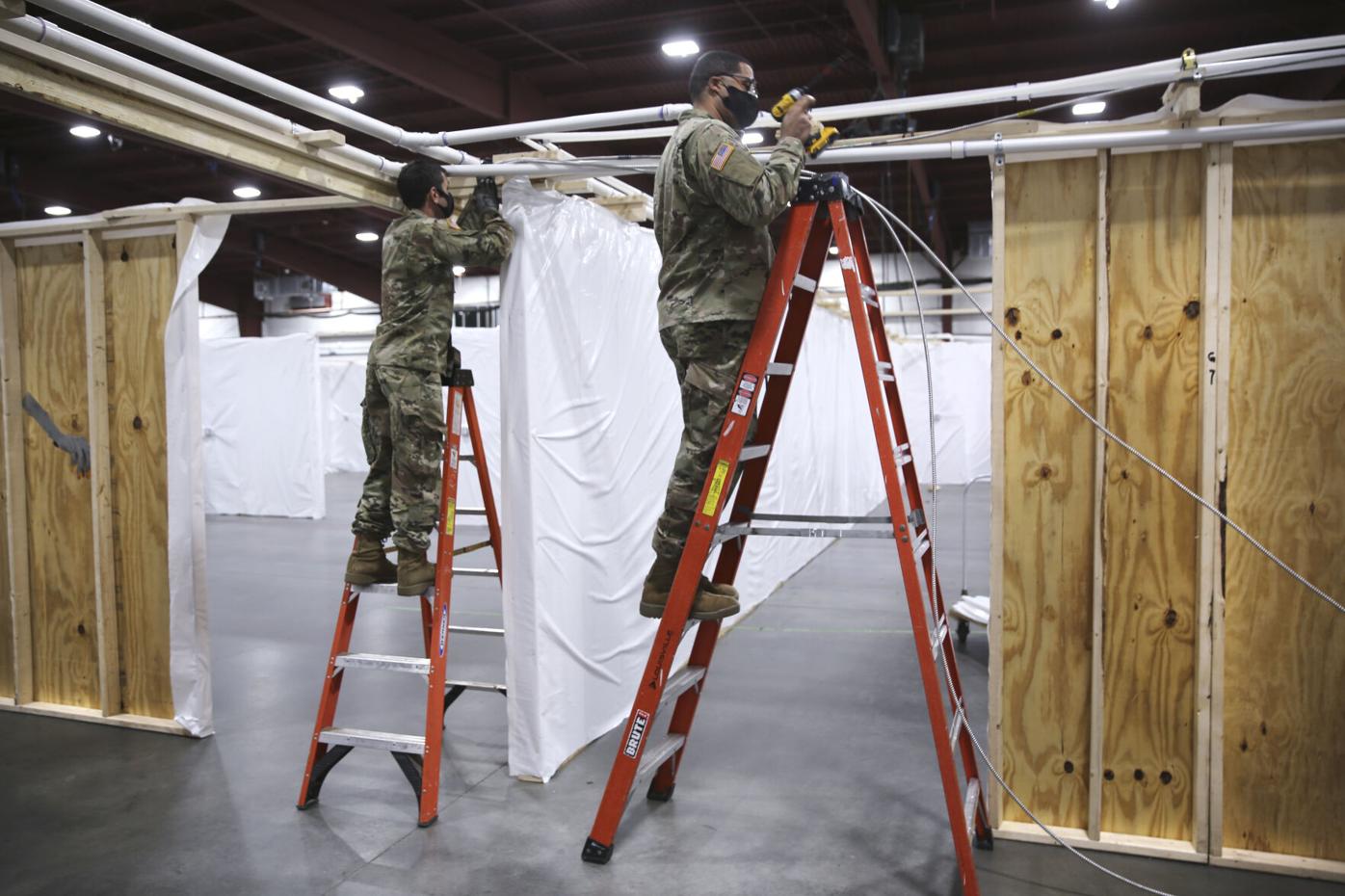 With this regular feature, the Banner runs down breaking local and regional developments in the coronavirus pandemic.

The health department on Sunday reported 174 new positive tests over the past two days for the virus that causes COVID-19. The state’s cumulative total is now 3,629.

One COVID-19-related death was reported on Saturday. The death toll is now 63.

Twenty-one Vermonters are currently hospitalized with the disease; three of those patients are in intensive care units.

The number of Vermonters reported to have recovered from COVID-19 rose by 33, to 2,279.

The health department reported that 287 people were being monitored for the disease as of Sunday, a decrease of 92 from Friday. Of these, 185 are visitors to Vermont.

Vermont is increasing its contract tracing staff and testing capacity as it continues to see a surge in coronavirus cases.

Gov. Phil Scott said testing locations will also ramp up to seven days a week and most residents will soon be about a 30-minute drive from a site.

The state hopes to have the capacity to test 30,000 Vermonters a week, added Human Services Secretary Mike Smith.

Vermont’s seven-day rolling average of daily new cases has risen over the past two weeks from about 24 on Nov. 6 to 102 on Nov. 20, according to Johns Hopkins University.

Snowmobilers can still enjoy the sport in Vermont this winter amid the coronavirus pandemic as long as they abide by the governor’s emergency orders, officials say.

Out-of-staters can come to Vermont and snowmobile if they quarantine for 14 days in their second home or rented home in Vermont, the Vermont Association of Snow Travelers announced this week. They can also quarantine for seven days and then get a negative COVID-19 test report to carry with them on the VAST trails, the Caledonian Record reported.

This winter, riders must stay in their family groups, follow social distancing and wear masks whenever they take off their helmets, said Roger Gosselin, who represents Orleans County on the VAST board of directors.

He added that the situation could change as the season approaches. VAST will post updates for out-of-state visitors on its website.

State health officials added New Hampshire and Maine on Saturday to its list of states where travelers must quarantine or provide a negative coronavirus test if entering or returning to Massachusetts.

The two join 46 other states to be designated high risk by the state’s Department of Health. The agency says states are included on the list if they average more than 10 new COVID-19 cases per 100,000 residents.

Hawaii and Vermont are the only states still considered low risk that are exempt from the travel rules, which authorities have said can result in a $500-a-day fine for noncompliance.

Massachusetts’ seven-day rolling average of daily new cases has risen over the past two weeks from about 1,447 on Nov. 6 to 2,550 on Nov. 20, according to Johns Hopkins University.

Connecticut officials have released details of new rules announced recently by Gov. Ned Lamont that restrict team and club sports activities because of the coronavirus outbreak. The state also is now requiring masks to be worn in gyms, fitness centers and dance and yoga studios.

The rules disclosed Friday put a “pause” on youth and adult team sports, excluding collegiate and professional teams, beginning Monday and running through Jan. 19. The governing body of statewide high school sports already has postponed all winter sports to Jan. 19.

Participation is banned in “high-risk” sports, which include 11-on-11 football, wrestling, martial arts, rugby, boys lacrosse, boxing, competitive cheer and competitive dance. Also prohibited are team scrimmages, camps, clinics and tournaments, including those that are out of state.

The new rules also reduce the capacity limits from 50% to 25% for group fitness, dance, yoga and martial arts studios, and they require minimum 6-foot spacing at those places and at gyms.

The state has exceeded 10,000 confirmed coronavirus cases, according to data released Saturday by the Maine Center for Disease Control and Prevention.

Maine’s seven-day average of daily new cases has risen over the past two weeks from about 125 on Nov. 6 to about 188 on Nov. 20, according to Johns Hopkins University.

Rhode Islanders who lost their jobs or had their wages significantly reduced during the pandemic will be able to qualify for $1.83 million in federal rental assistance designated to the state, U.S. Sen. Jack Reed announced Friday.

Program participants pay 30 percent of their income toward rent, and the voucher helps make up the difference, Reed said. The aid comes on top of a $2.5 million Housing Choice Voucher program allocation the state received in August as part of the federal coronavirus aid package.

Rhode Island’s seven-day rolling average of daily new cases has risen over the past two weeks from 500 on Nov. 6 to about 925 on Nov. 20, according to Johns Hopkins University.

Schools in New Hampshire’s largest city are switching to remote instruction until at least Jan. 19.

The Manchester School District is switching from a hybrid system to full remote learning on Monday. There will be exceptions for English-language learners and students with special needs.

“I have to anticipate it’s going to be a rough December in particular and I think we have to monitor that data, be data drive, be evidence driven,” Manchester public health director Anna Thomas said when the school board approved the change last week.